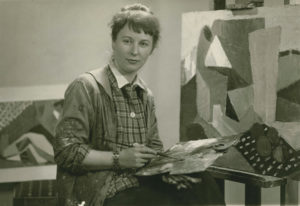 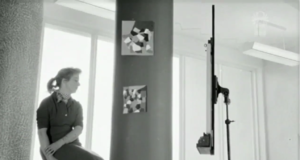 One of the most important abstract expressionist artists, Nína Tryggvadóttir worked mainly in painting, but also with collage, stained glass, and mosaic. She also wrote poems and children’s books. In the early 1930s, she studied at Finnur Jónsson and Jóhann Briem’s art school, and from 1935 to 1939 at the Royal Academy of Art in Copenhagen under the tutorship of Kraesten Iversen. Her first exhibition was held in Reykjavík in 1942, and comprised mostly paintings of landscapes and houses. She then moved to New York, where she studied under Hans Hofmann – a key spokesperson for European modernism in the USA – Hans Richter, and Morris Kantor. She was also influenced by Fernand Léger. With the help of the leader of the New Art Circle, J. B. Neumann, N. Tryggvadóttir had exhibitions in New York in 1945 and 1948. She and her husband Alfred L. Copley (L. Alcopley), who founded the Eighth Street Club in 1949, played an active part in the city’s cultural life. She developed a concise artistic style characterised by bold textures and warm-tinted colour blocks. She took a step back from the Surrealism and Primitivism to which her fellow artists at the Club were so attached, instead turning abstraction and semi-abstraction into ideas and emotions.

Her American career was brutally interrupted by McCarthyism when she was denied a re-entry visa in 1949. Being blacklisted undoubtedly had a profound impact on the artist, just when she was entering her abstract expressionist period. She began to work on geometric and figurative variations in the spirit of the Salon des réalités nouvelles, exhibited at the galerie Denise René, and worked with Michel Seuphor; her works were regularly shown at the Musée d’Art Moderne de la Ville de Paris. While she remained attached to Icelandic landscapes, her pictures generally focused on the country she was living in. Upon returning to the United States in 1959, she found that Pop Art had pushed abstract art into the background. Her intense and deeply personal painting at the time was dominated by powerful abstract canvases inspired by landscapes. N. Tryggvadóttir continued to produce abstract variations on the theme of the Icelandic landscape, but rather than focus on the physical aspects of the motif, she chose to concentrate on less tangible phenomena, such as the stillness of summer nights or the leafy tones of autumn. While she took an interest in mosaic, she remained faithful in heart and soul to abstract painting, which reflected the statelessness she experienced in her life, artistic education, and pictorial influences. 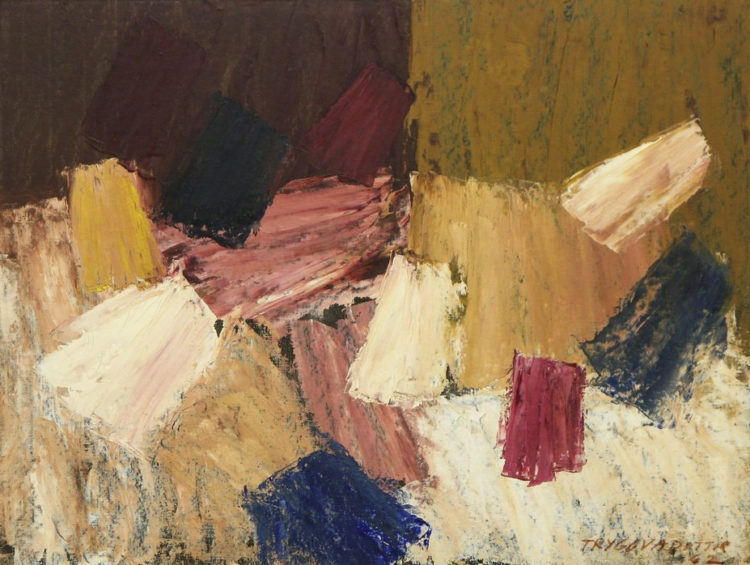 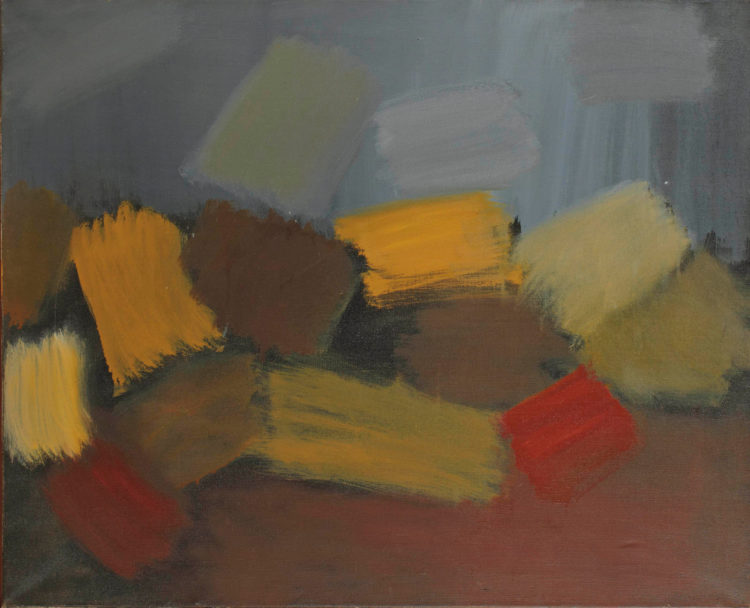 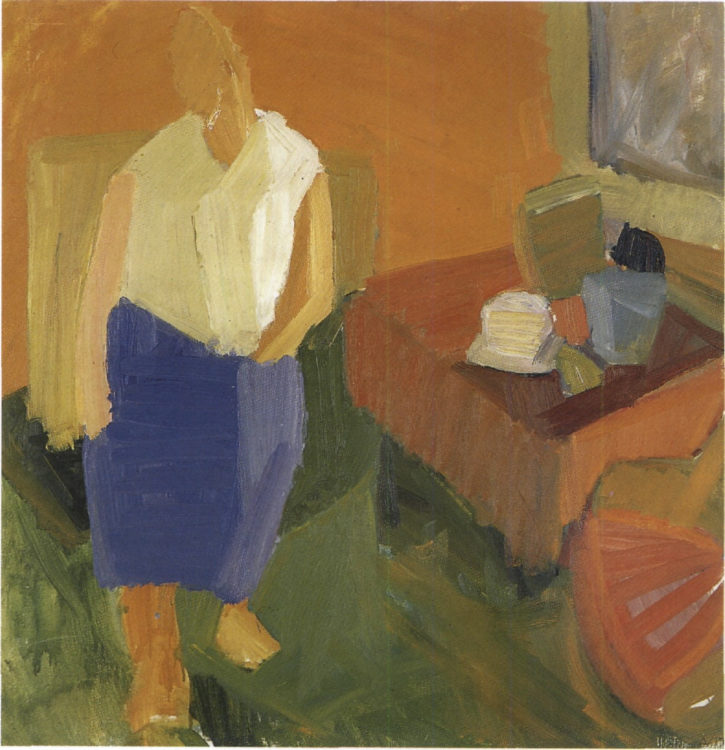 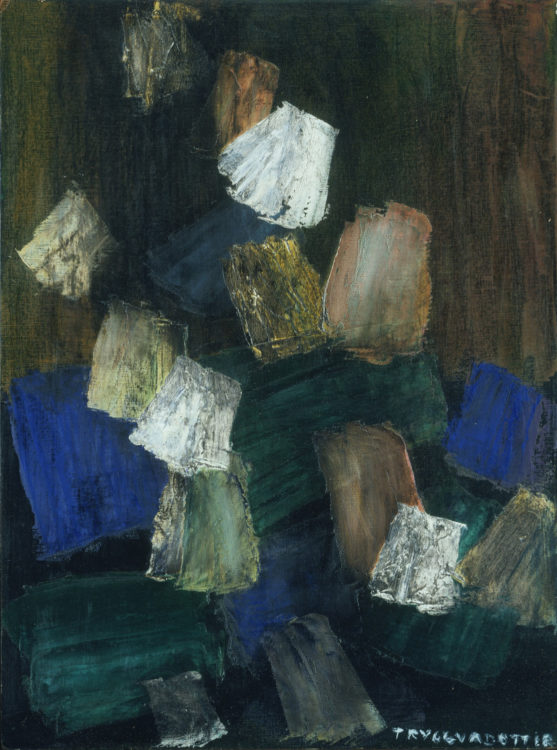 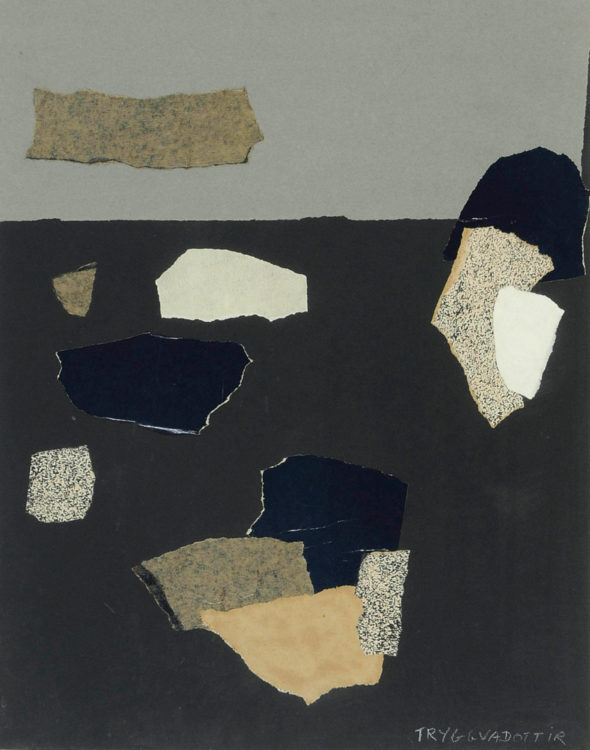