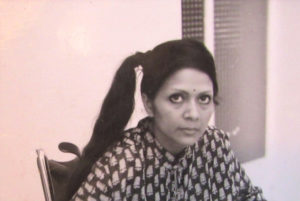 Talks: Four Generations of Female Artists in Bangladesh
Exhibition by Novera Ahmed in Paris in 1973
Links
→ Musée Novera Ahmed
→ Works by the artist in the French public collections of the Videomuseum network

Novera Ahmed was born to an enlightened and cultured family from Chittagong. Her mother had a special talent for making dolls and dolls’ houses in clay and other everyday materials, which triggered Novera’s early fascination with making three dimensional forms. She studied sculpture at Camberwell School of Arts and Crafts in London from 1951 to 1955, under the tutelage of eminent Czech sculptor Dr. Karel Vogel, and achieved the National Diploma in Design. She received further training in Florence from Venturino Venturi.
Considered a pioneer and the first modern sculptor of Bangladesh, N. Ahmed introduced modern sculpture into what was then East Pakistan even before sculpture was included in the curriculum of the Government Institute of Arts in Dhaka. She gave Dhaka its first frieze on the wall of the Central Public Library in 1957 and the first open-air sculpture [Cow with Two Figures] in 1958. She came into prominence through her first solo exhibition, entitled Inner Gaze and held in Dhaka in August 1960, which showcased about 75 exhibits from 1956 to 1960, mainly executed in cement. It was also the first-ever solo sculpture exhibition by any sculptor of Bangladesh and Pakistan. The sculptural vocabularies of her formative years included an assimilation of her Western training with folk tradition as well as indigenous and Buddhist themes, and an individual style featuring primarily the experiences of women.

An ambitious design for the Shahid Minar in Dhaka, the historic monument dedicated to the martyrs of the Bangla Language Movement of 1952, was a collaboration involving the muralist Hamidur Rahman, sculptor Novera Ahmed and Danish architect Jean Deleuran. With the declaration of Martial Law in October 1958, this memorial project was suspended. However, it was eventually realized, though only partially, in February 1963, with a set of five symbolic columns erected on a raised platform, following the key design presumably by N. Ahmed.
At the invitation of the poet Faiz Ahmed Faiz, secretary of the Pakistan Arts Council, N. Ahmed moved to Lahore in 1961. During her stay of more than a year, she produced several sculptures in cement and plaster [Exterminating Angel, 1961] and won the President’s Award for the best sculpture in the National Exhibition of Painting, Sculpture and Graphic Arts, held in Lahore in 1962. She was, according to the art historian Salima Hashmi, “the first sculptor in Pakistan to adopt a thoroughly contemporary idiom.”
In 1963, Novera moved to Paris, never to return to her homeland. There she met Alberto Giacometti, César, Asger Jorn and Paris-based Russian-born art photographer Grégoire de Brouhns.

The second solo exhibition of N. Ahmed, considered Thailand’s first open-air sculpture exhibition in direct metal, was organized by the Alliance Française of Bangkok in October 1970. The outcomes of her stay in Thailand between 1968 and 1970 included garden pieces, indoor reliefs and freestanding figures in welded metal, copper and bronze, along with several monumental assemblages made from the debris of crashed American planes brought from Laos, the first of its kind done by any artist. Her inventive spray paintings, using machine parts as stencils, were also showcased in the exhibition [Apollo 9, 1969].
Her third solo exhibition, comprising metal sculptures and paintings, was held in Galerie Rive Gauche in Paris, in July 1973. Her works evinced an affinity with Southeast Asian culture and the anti-war stance around the Vietnam War. On Christmas Eve, 1973, a car accident left her impaired, conceivably hindering her artistic progress. In 2014, four decades after the previous exhibition, Novera Retrospective 1969–2014 was arranged by Salon d’exposition in Paris.

Reminiscences of N. Ahmed began to appear in Bangladesh in the early 1990s and there started a “feminist intervention in art’s histories” containing a reassessment of her work. In 1997 she was awarded in absentia the Ekushey Padak, the second highest civilian award in Bangladesh. The Bangladesh National Museum took a long-awaited initiative of collecting the remaining exhibits of her formative years in Dhaka and organized an exhibition in 1998, followed by a posthumous exhibition.
Since her death in 2015, N. Ahmed has continued to “live on” through a growing interest in her œuvre. A museum dedicated to her, Musée Novera Ahmed, opened in July 2018 in La Roche-Guyon in France. The Bangladesh National Museum and the Musée Novera Ahmed have significant collections of her works. 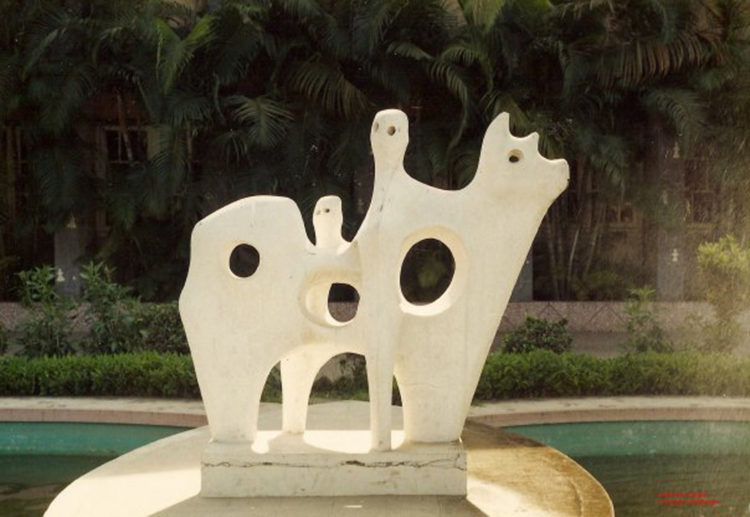 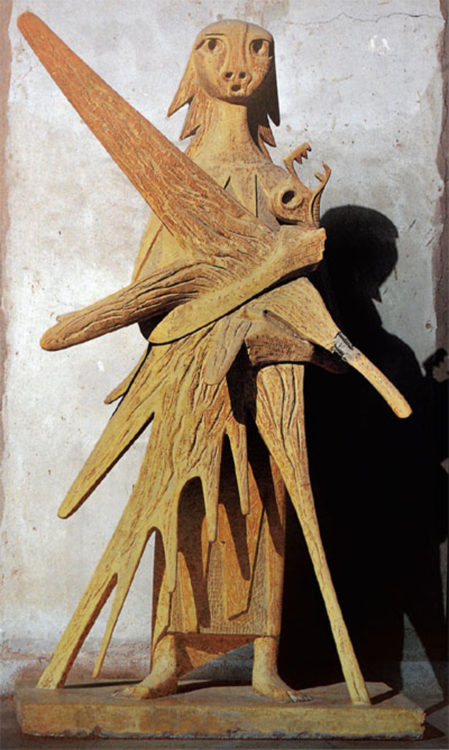 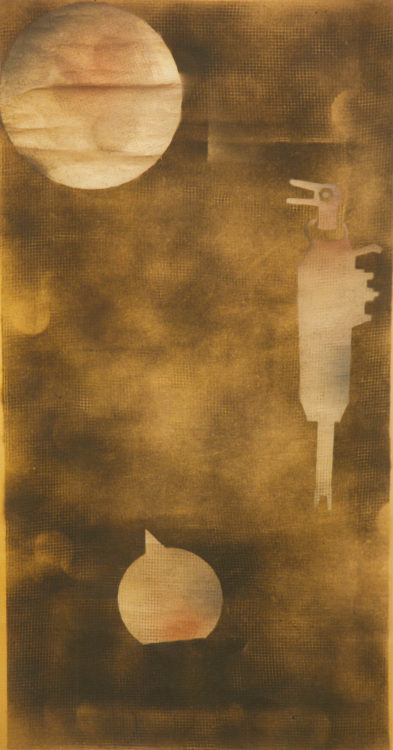 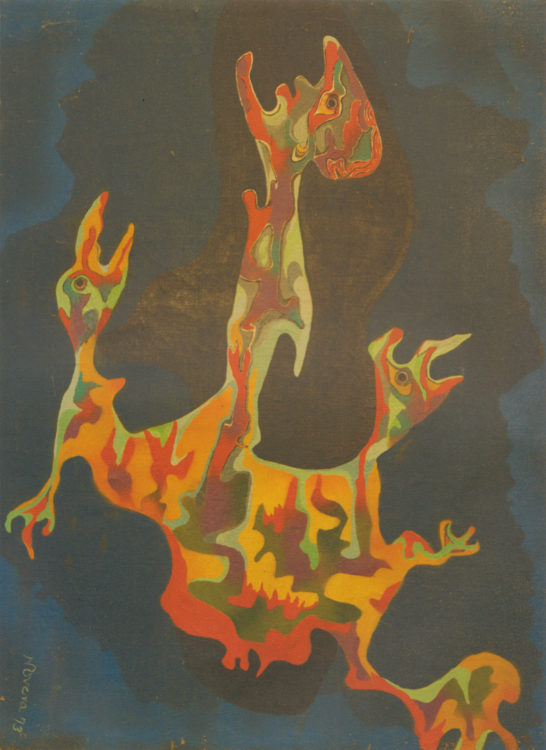 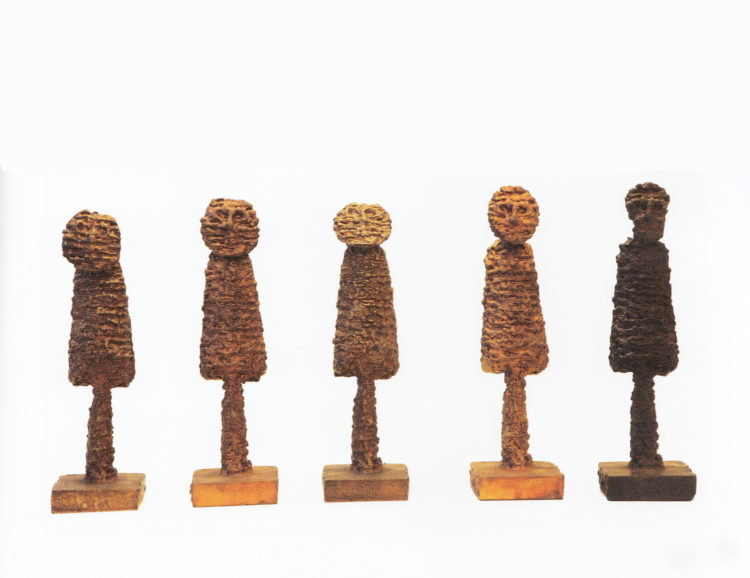 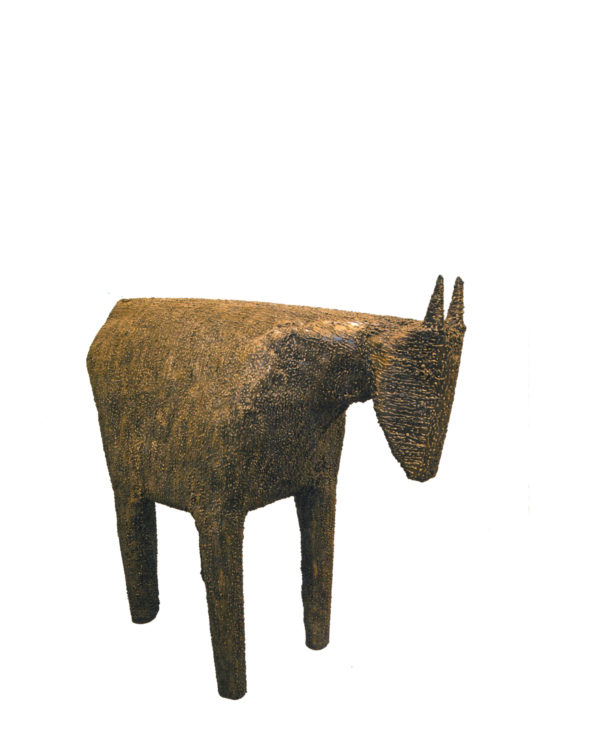 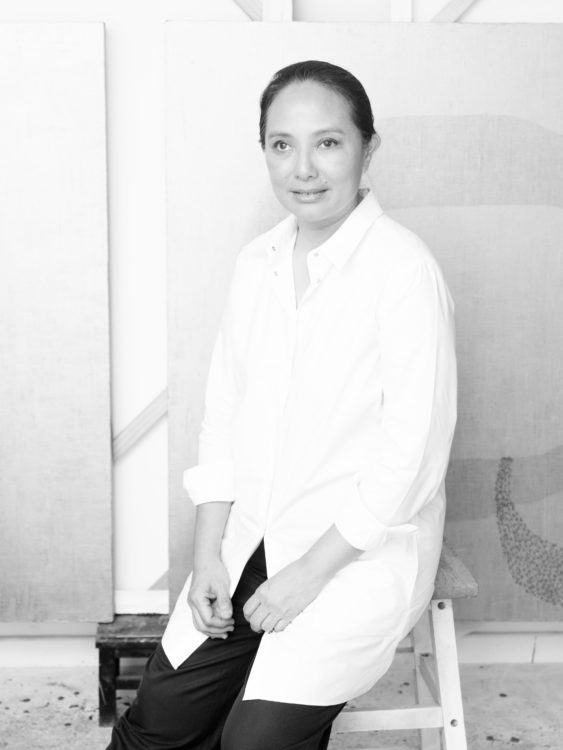