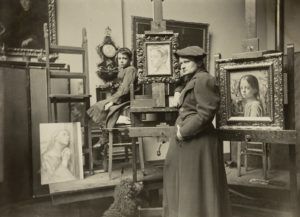 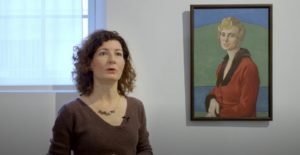 Born into a German merchant family in Zurich in 1859, Ottilie W. Roederstein initially met with opposition from her parents to become a painter. At the age of 17 she was allowed to take painting lessons with Eduard Pfyffer (1836-1899) in Zurich and later with the renowned portrait painter Karl Gussow (1843-1907) in Berlin. In 1882 O. W. Roederstein settled in Paris where she refined her mastery of portraiture as well as nude painting– a field of activity still largely taboo for women artists – in the ladies’ studio of Carolus-Duran (1837-1917) and Jean-Jacques Henner (1829-1905).
She began showing her works at the Salon as early as 1883. At both the 1889 and 1900 Exposition Universelles in Parisshe was awarded a silver medal, for Miss Mosher (c. 1887) among other works. She returned to Zurich in 1887 but kept her studio in Paris until 1914.
In 1891 O. W. Roederstein settled in Frankfurt am Main with her partner Elisabeth H. Winterhalter, a gynaecologist from Munich. The painter was able to establish herself quickly in the conservative metropolis on the Main. In addition to portraits, she devoted herself increasingly to allegorical and religious depictions. Around 1893, inspired by her intense study of the art of the Italian and German Renaissance, and encouraged by her new Frankfurt colleagues Karl von Pidoll zu Quintenbach (1847-1901) and Hans Thoma (1839-1924), O. W. Roederstein began working in tempera. This technique, which underwent a revival across Europe toward the end of the 19th century, was considered simultaneously both traditional and avant-garde. It paved her way to a new, linear aesthetic as well as a simplified formal language, which went hand in hand with an idealistic conception of art. Her Self-Portrait with Red Cap (1894) is regarded as programmatic for this change of style.
Throughout her career O. W. Roederstein portrayed herself; more than eighty self-portraits have been documented. She usually staged herself in a self-confident pose with a stern gaze, in a posture that at the time was considered masculine, for example in Self-Portrait with Folded Arms (1926). Her self-portraits can therefore also be read as a sign of her emancipation.

Around 1900 O. W. Roederstein’s reputation was consolidated and she made her international breakthrough. In 1912 she was the only female artist to represent Switzerland at the seminal Sonderbund exhibition in Cologne – alongside her male colleagues including Ferdinand Hodler (1853-1918). A hand injury in 1901 initially made it difficult for her to continue tempera painting in the finely detailed manner, leading her to practice a sketchy mode of brushwork in oil for a time while brightening her colour palette.
In 1909 she and her partner E. Winterhalter settled in the rural town of Hofheim am Taunus. She described the years from 1910 onwards, when she fully resumed the tempera technique, as a search for her personal style. She repeatedly alternated between painterly expression and a contour-emphasising style. Then, in the 1920s, she found her way to a prosaic and objective visual language.

Large solo exhibitions in Zurich and Frankfurt am Main in 1925, 1929 and 1934 brought O. W. Roederstein substantial recognition and she was also awarded several honours. In addition to her successful career as a painter, O. W. Roederstein was a patron of the arts and, together with her partner, also promoted education for women.
After her death in 1937 the artist, who was highly regarded as one of the leading female portraitists of early Modernism, lapsed into obscurity. Her multifaceted oeuvre is now being rediscovered. 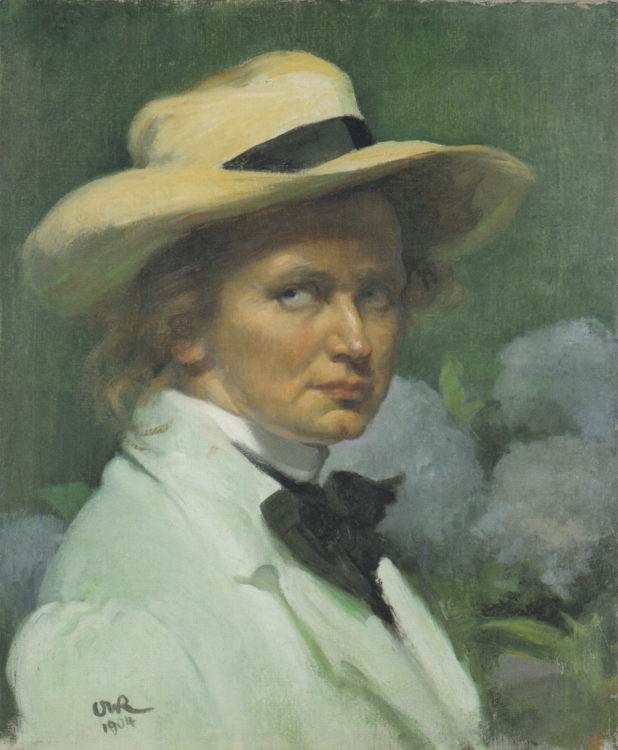 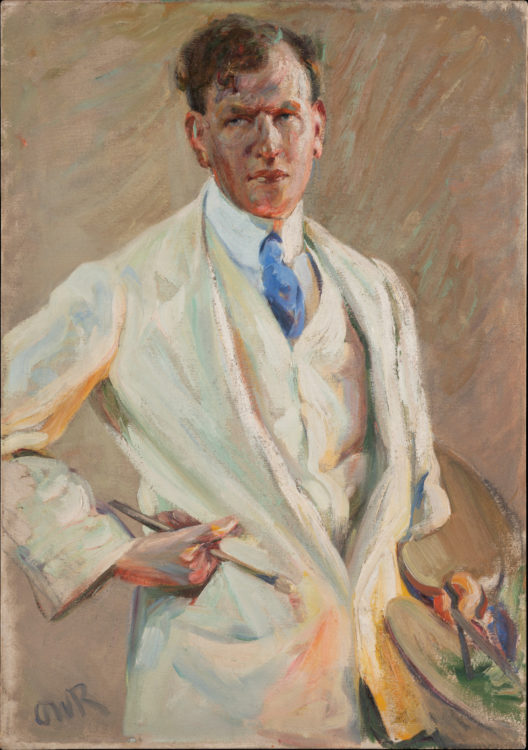 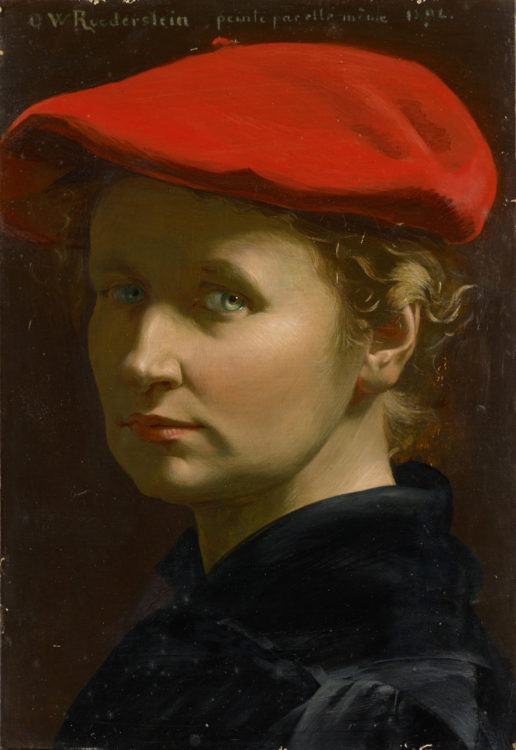 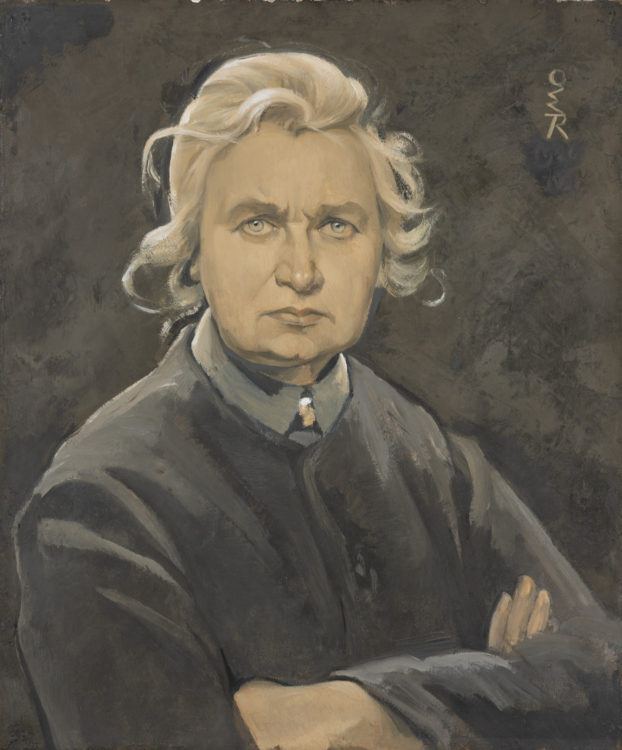 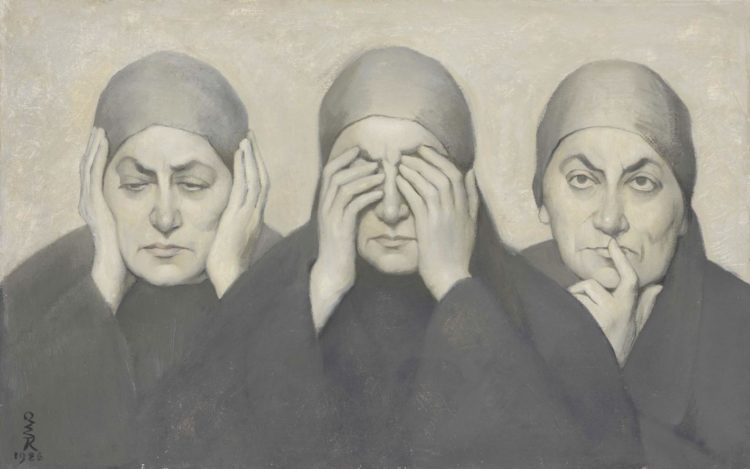 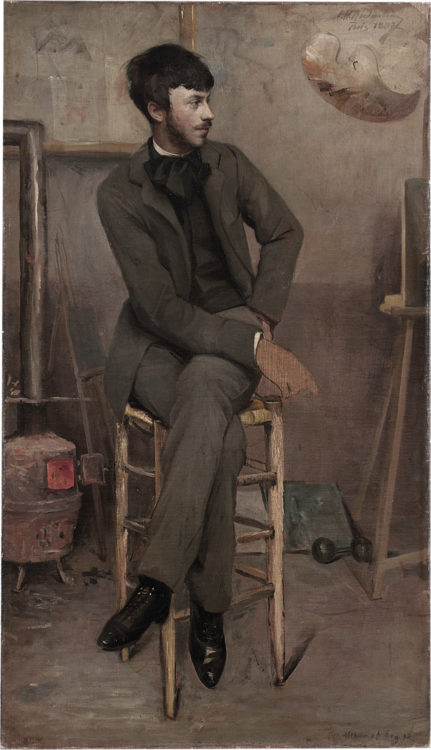 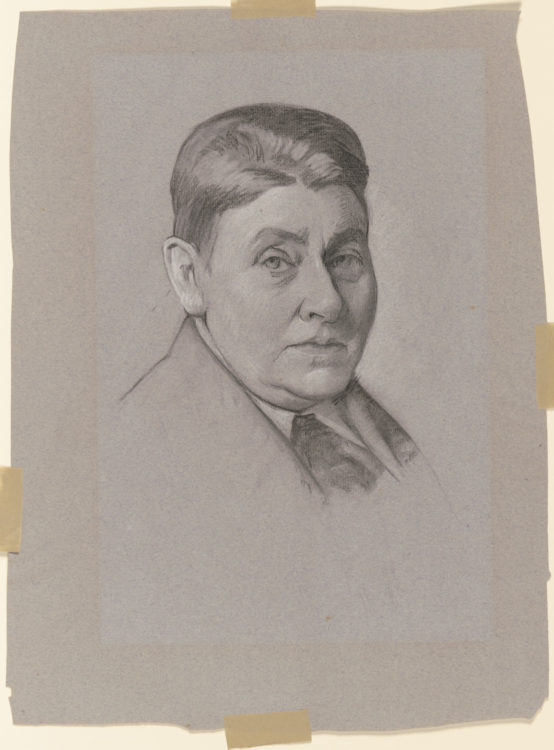 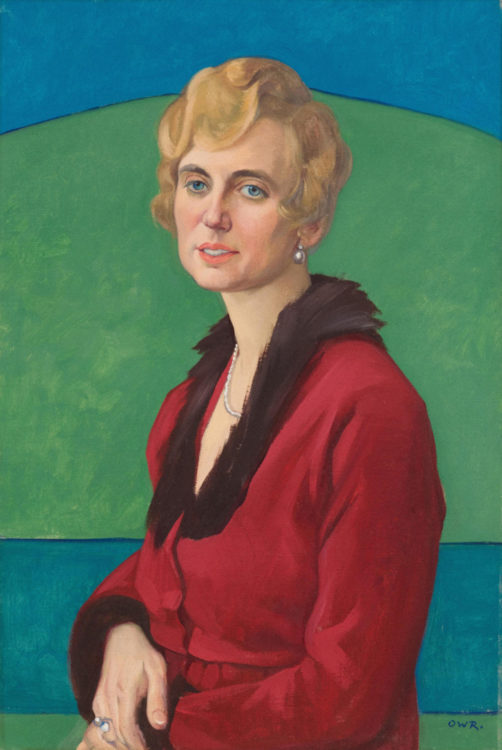 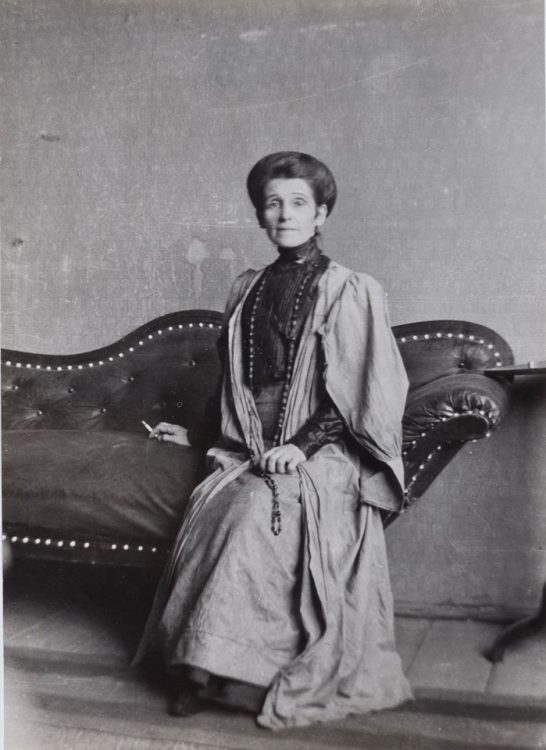