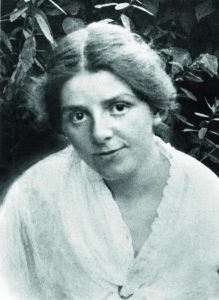 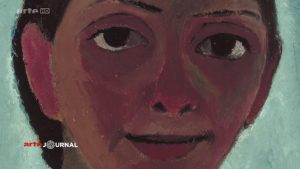 Raised in Bremen, Paula Becker was born into a cultured family that was a member of artistic circles and allowed the young Paula to devote herself to her early love of painting. After her first drawing classes in London, she attended private courses given by the painter Bernhard Wiegandt in Bremen while also studying teacher-training, for which she was awarded her certificate. In 1896 she went to Berlin to study at the Zeichen und Malschule des Vereins der Künstlerinnen und Kunstfreudinnen (“School of Drawing and Painting of the Association of Women Artists and Art Lovers”). This private institution created in 1867 offered Paula Becker high-quality training from such teachers as Käthe Kollwitz and the portraitist Jeanna Bauck (1840–1926). In 1898 she moved to Worpswede where a colony of artists had existed since 1889 on the model of the Barbizon School. Here she made friends with several artists: Heinrich Vogeler, Otto Modersohn (whom she would marry), and Clara Westhoff (1878–1954, the future wife of the poet Rainer Maria Rilke). With these fellow-students she studied under the landscape artist Fritz Mackensen, who was influenced by the art of Gustave Courbet. This rural community gave Becker and Westhoff the opportunity to shrug off the heavy social conventions of the city. Like the others, Becker chose motifs of the surrounding country life for her first paintings, while also attempting to go beyond anecdotal compositions or genre scenes and reach the essence of things. She differed from her colleagues at Worpswede on account of her wish for simplification and her combination of a certain primitivism of form with her primitivism of subjects.

During her first trip to Paris, in 1900 in the company of Clara Westhoff, she attended painting courses at the Académie Colarossi and visited museums, Salons and galleries. She returned to Paris in 1903 and again two years later. In 1906 she became pregnant but died shortly after giving birth to her daughter Mathilde. Initially, Modersohn-Becker worked closely with her husband, who, like many German artists at the turn of the century, rejected the modernist movements taking place in Paris was attempted a return to the spirit of German art by eulogizing nature. With reference to the tradition of Northern European painting, her art developed towards ever-greater simplification of form. Several of her works – portraits of country-people and nudes – have similarities with the painting of Bruegel and Lucas Cranach. She was one of the first German artists to appreciate the innovations of the early 20th-century art movements. After discovering the Nabis in 1900, she became an ardent enthusiast of the painting of Paul Gauguin and Paul Cézanne as from 1903. Probably under the influence of the latter, her still-lifes of fruit and flowers, which she already included in her compositions as symbols of fertility, became a distinct genre in her production. Her compositions were uncluttered and of great formal simplicity, and she progressively introduced purer colours that she applied in flat tints. The last two years of her life, which followed her 1905 visit to Paris, were her most productive and led to a style that embraced all her influences but which remained highly personal due to the power of its expression. Her portraits of children are notable for their absence of all sentimentality and idealization. Her last self-portraits initiated a completely new genre, that of the female nude self-portrait. In Selbstbildnis als Halbakt mit Bernsteinkette(Nude Self-Portrait with an Amber Necklace, Paula Modersohn-Becker Museum, Bremen, 1906), she distils the influences of ancient German art and Paul Gauguin. Today she is considered a harbinger of expressionism through the power of her compositions though she was completely ignored during her lifetime. First known of publicly due to her diaries, which were published for the first time in 1917, she has only gradually achieved recognition outside Germany and its satellites. 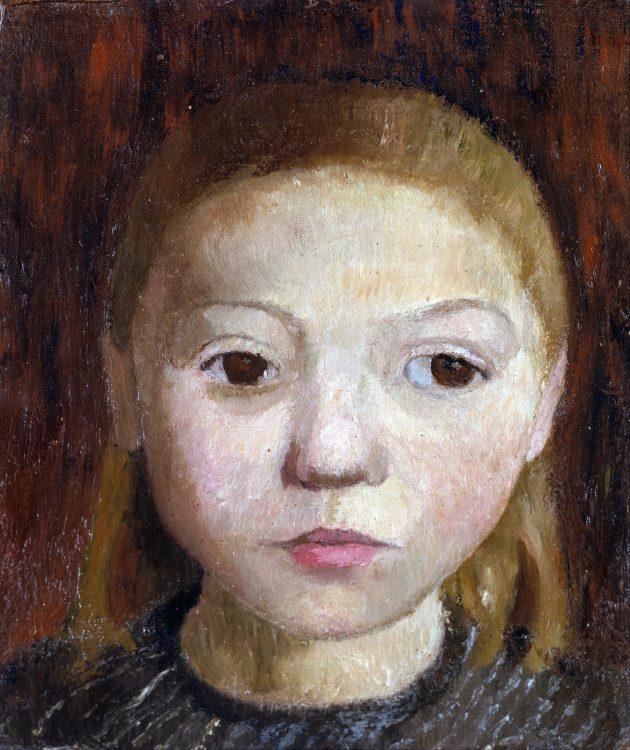 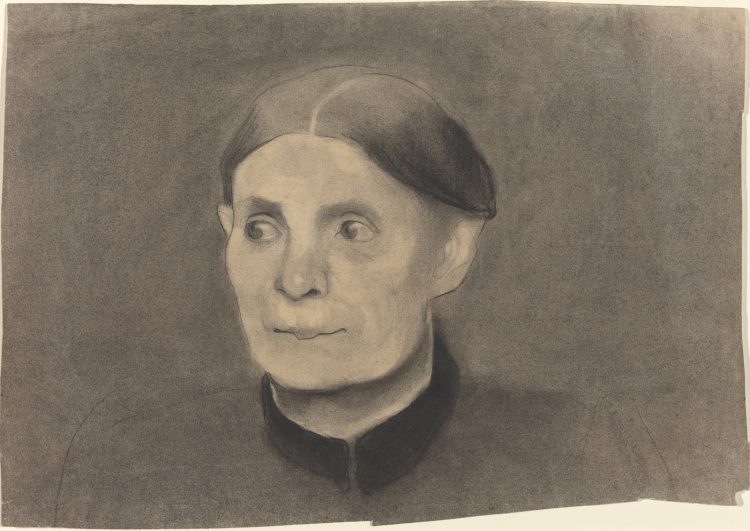 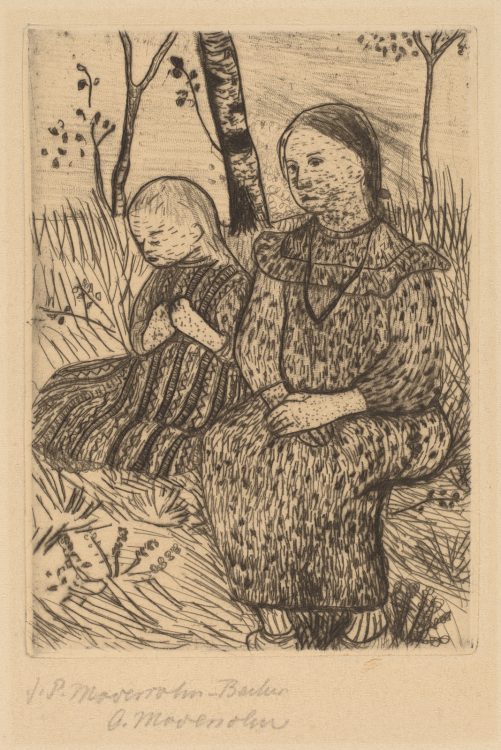 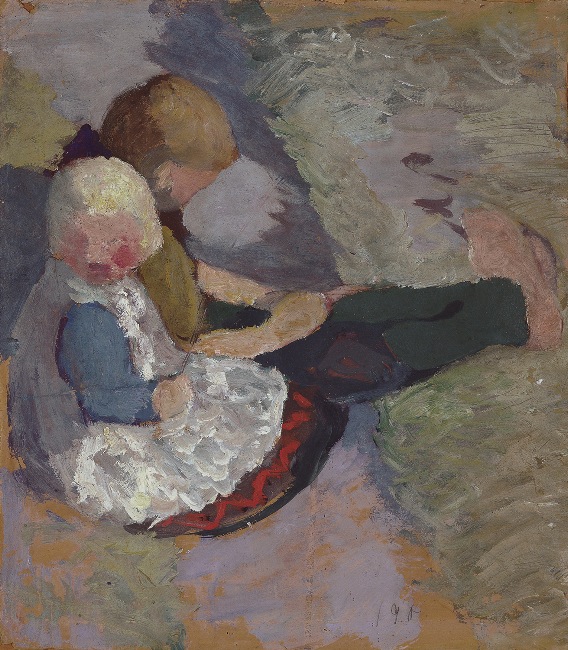 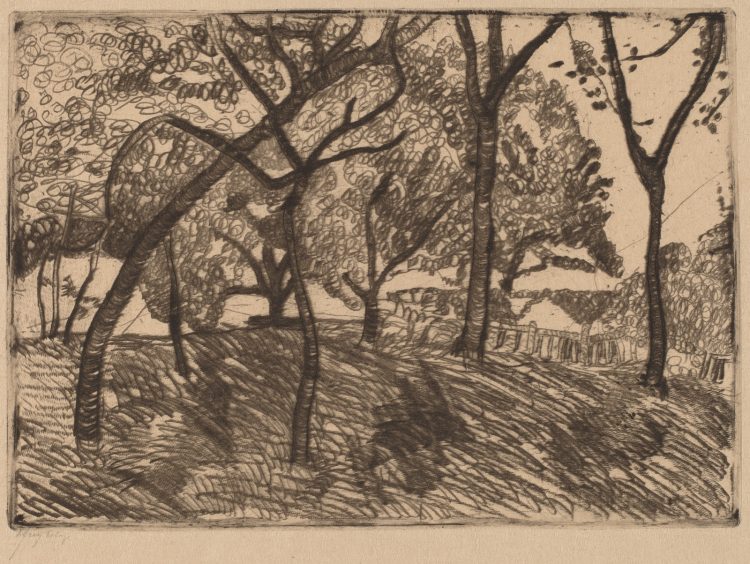 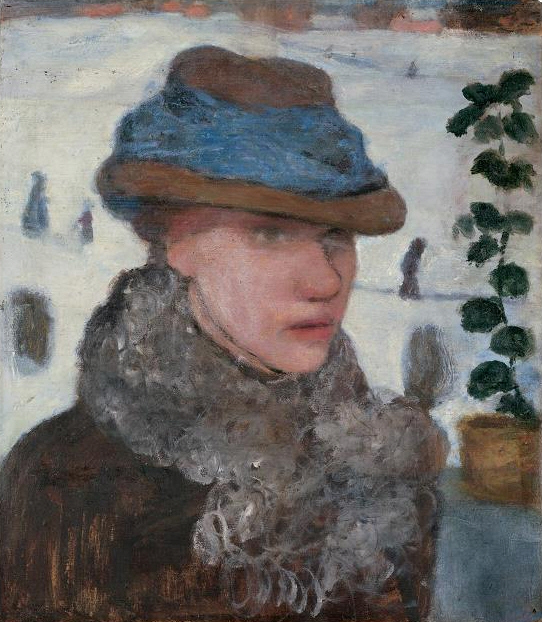 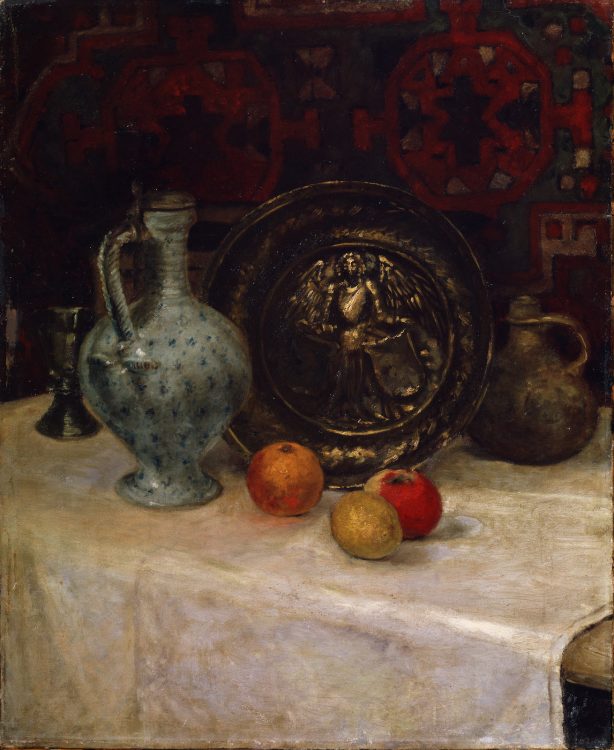 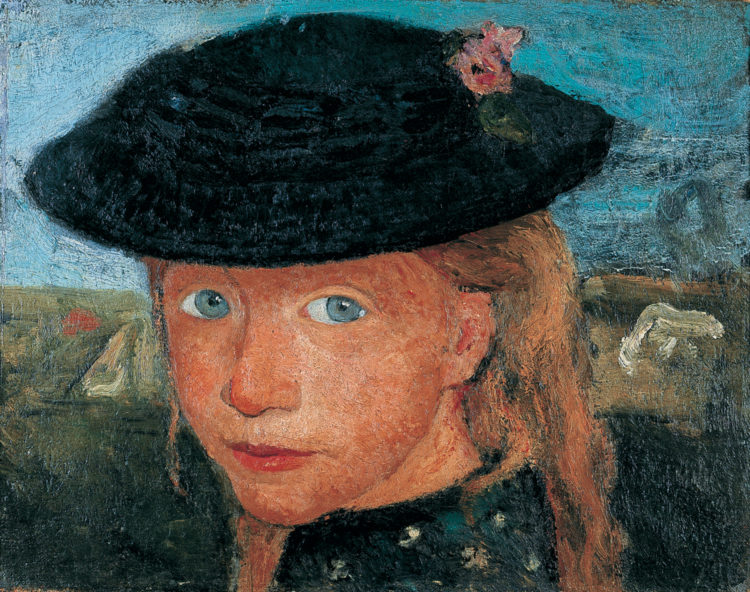 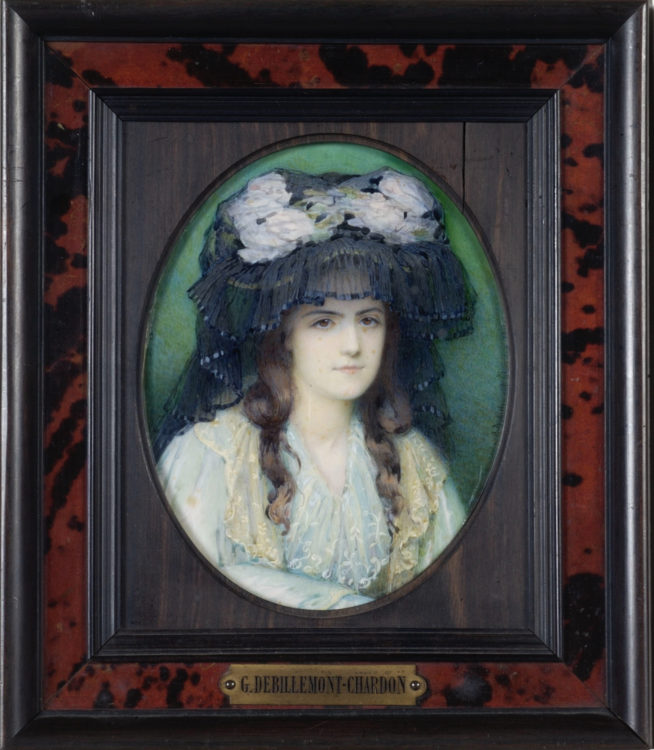