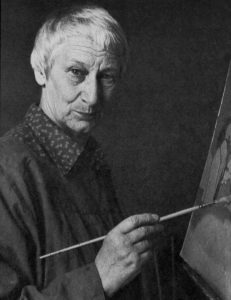 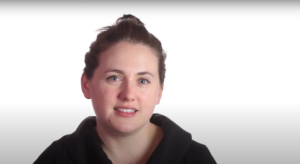 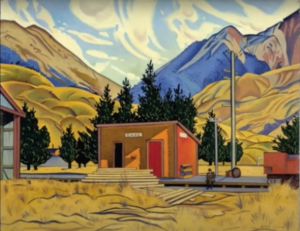 The eldest daughter of a carpenter turned construction manager, Henrietta Catherine Angus aspired to dedicate her life to painting from a young age. Her parents supported her aspirations and hired the former director of the Canterbury College School of Art as her tutor. The young girl then studied painting at this school in Christchurch, the cultural capital of New Zealand at the time, under Leonard Booth (1879-1974) and Cecil Kelly (1878-1954). She also followed courses at the Elam School of Fine Art in Auckland in 1930 and discovered the art of the Italian Renaissance and of other masters such as the Dutch painter Vermeer whose work deeply influenced her. At the age of 22, she got married on the spur of a moment and divorced four years later. An illustrator for the local Christchurch newspaper Press Junior from 1934 to 1937, she also developed her own work in her studio in Cambridge Terrace. Left unable to have children after a miscarriage, she was committed to a psychiatric hospital for a few months. After this she lived alone, devoting herself exclusively to her art in the North and South islands. She left New Zealand only once, between 1958 and 1959, for a trip to Europe organised by the New Zealand Art Societies.

R. Angus mainly produced landscapes and portraits. Although she realised a great number of watercolours, she was mainly recognised for her large canvases. Considered today as a leader of New Zealand regionalist art, she proposed a unique vision of her country’s landscapes. Cass (1936) was a pivotal work in the development of her style. It portrays a small train station lost in the heart of an immense landscape. The lines are precise, lively; the colour bright, radiant – characteristics that are found in all of her landscapes. In the 1950s and 1960s a late surrealist influence can be felt in several of her landscapes that play on the deconstruction of the image or on the presence of strange objects, such as floating rocks (Two Stones, 1966). Her portraits, like her many self-portraits, show the same clarity, the same insistence on structure and the same frankness of colour. In 1936-1937, even though she had just divorced and fallen ill, she painted herself as a self-confident, elegant, modern woman, with gloves and a cigarette, her eyes keen. At the end of the 1930s – her society years – she painted many portraits that show the same touch in composition (Fay and Jane Birkinshaw, 1938). She also painted several works of a symbolic nature, including three “portraits” of goddesses, the response of this resolute pacifist to the Second World War. Active for nearly forty years, she hardly achieved fame during her lifetime. She did not have her first solo exhibition until the age of 49, at the Centre Gallery in Wellington, and her work has only been shown abroad twice, in group exhibitions of New Zealand art – in London in 1956 and Washington in 1969. Recognition came posthumously thanks to a major touring retrospective exhibition in 1983-1984, a true revelation that left a lasting impression on many contemporary New Zealand artists. The centenary of her birth gave rise to a new retrospective in Wellington which brought together more than four hundred works. 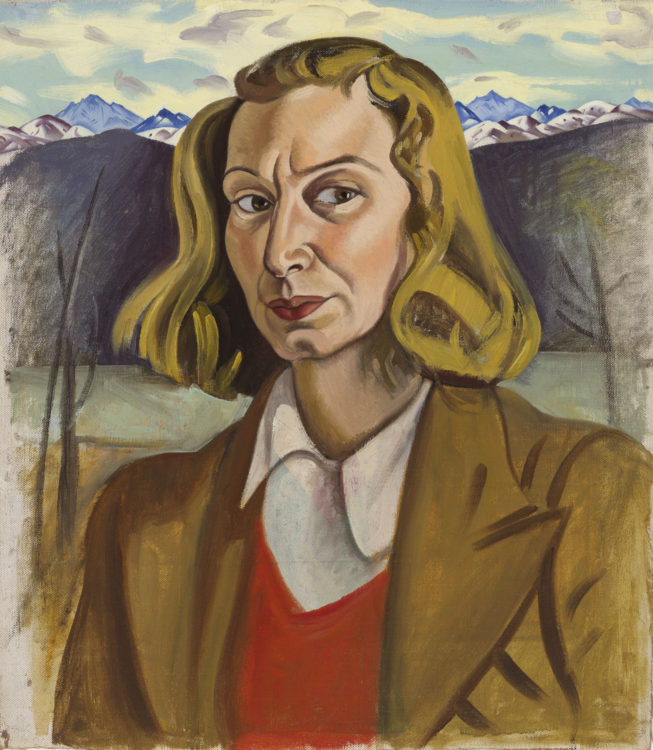 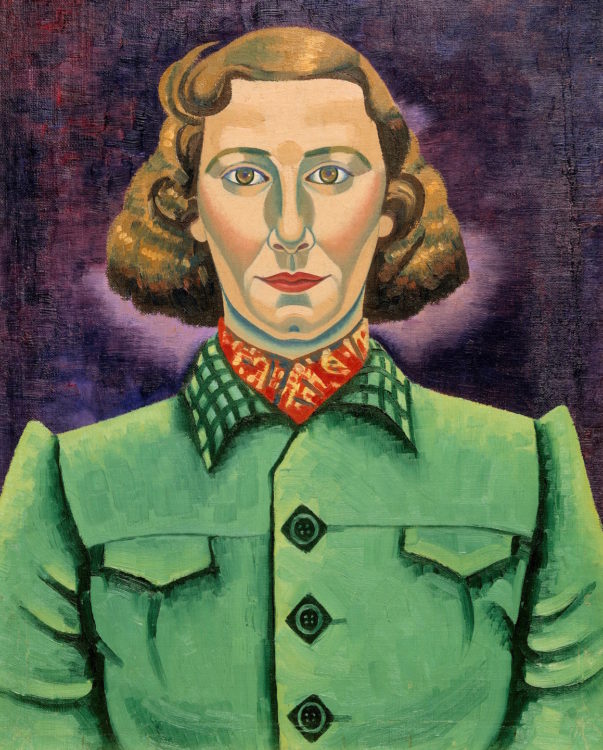 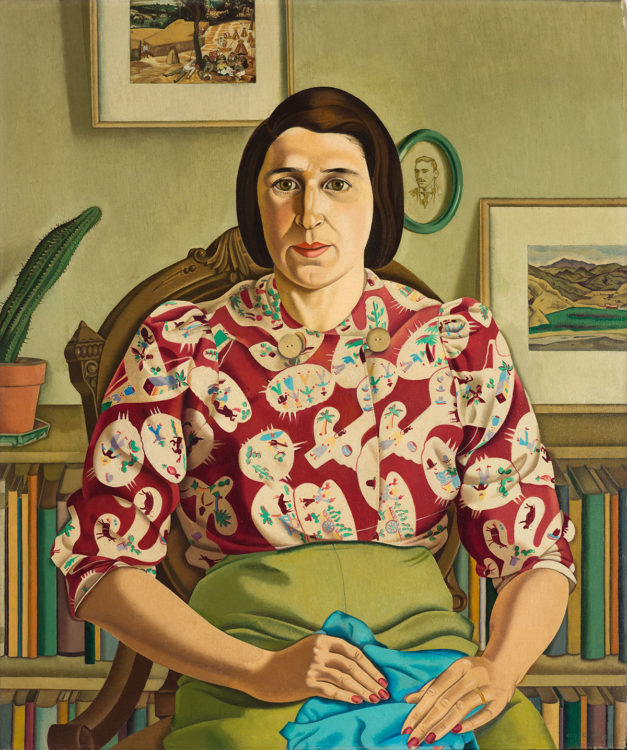 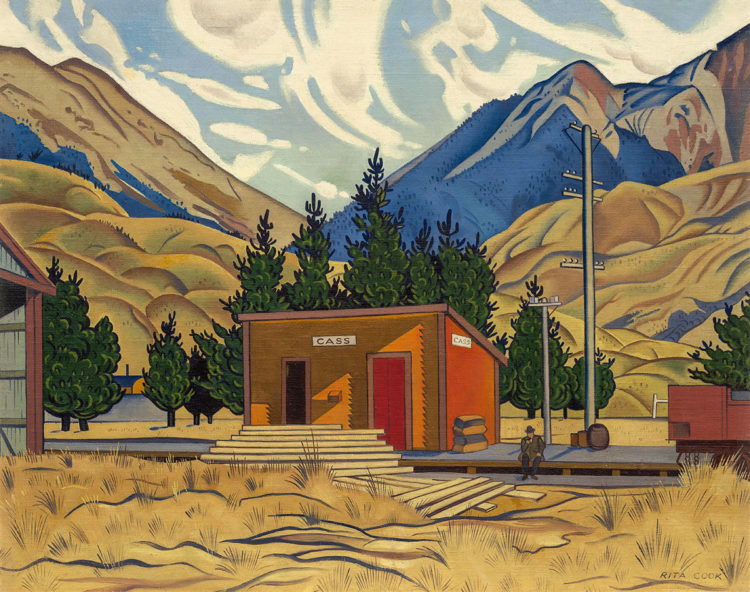 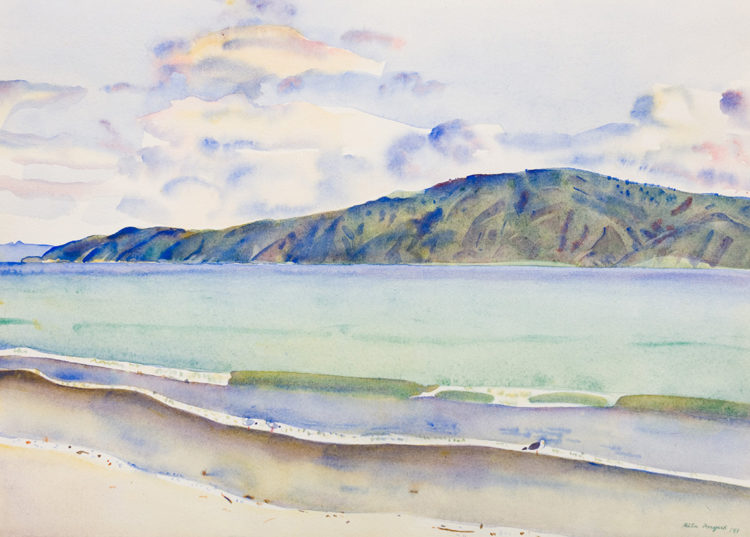 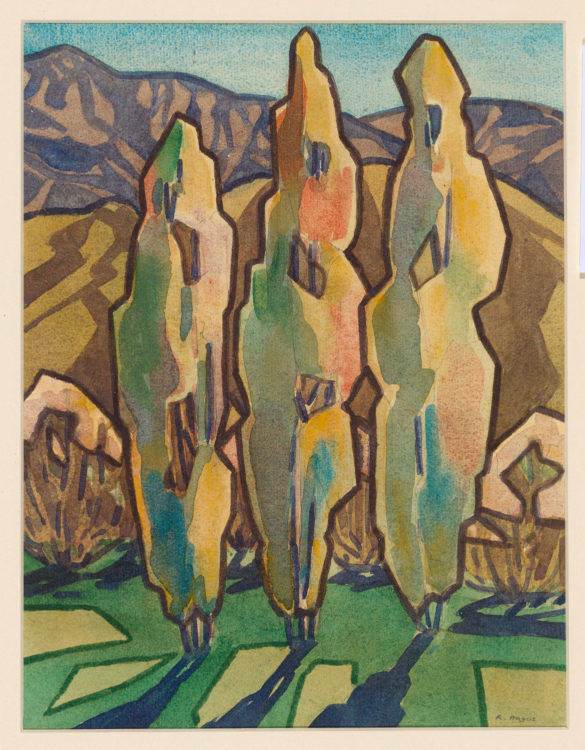 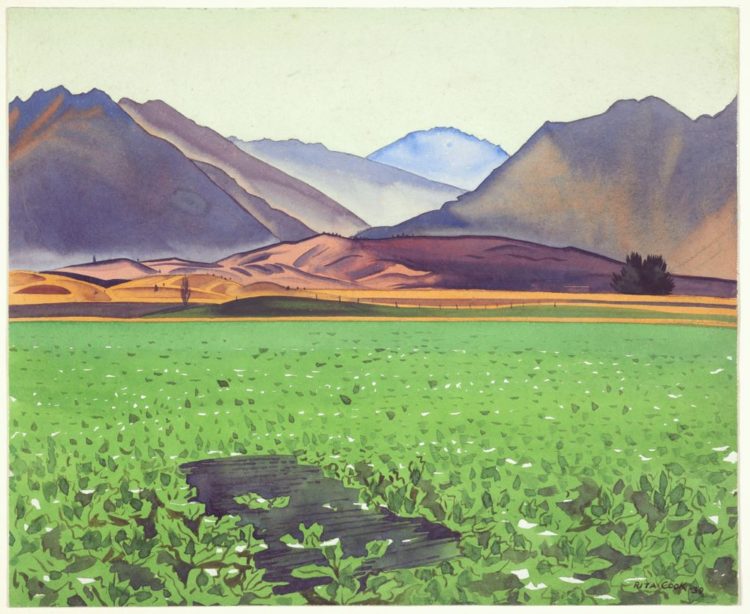