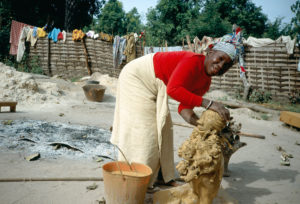 Seni Awa Camara belongs to a group of artists who were introduced to the African contemporary art scene in 1989 with the exhibition Magiciens de la terre (Magicians of the Earth), and whose works were acquired and distributed by Jean Pigozzi after the exhibition. Like several other artists exhibited in 1989, Seni Awa Camara had no international plans for her work, rather choosing to restrict her production to the local market of Bignona, the Casamancian village where she was born. While she still lives there, Seni Awa Camara now exports her sculptures worldwide. Halfway between arts and crafts and naïve art, her creations are a pure product of her imagination, for which she feels no need to justify origins, meanings or possible interpretations. Sculpted in the shape of strange, sometimes two-headed creatures, often from a single trunk and carrying multiple bodies of children or animals, her sculptures evoke maternity scenes and draw from the natural environment of the Casamance region and from a diverse bestiary.

Alongside a rather symbolic repertoire (lizards, monkeys, crocodiles, frogs), it features other more common animals, such as horses and pigs and, occasionally, figures riding motorbikes or tractors. The accumulation of details sometimes gives the sculpted figures a disturbing mass quality that combines monstrosity, fantasy, and humour. Seni Awa Camara learnt sculpture from her mother and grandmother; she models her figures and bakes them at low temperature in an open-air oven in her yard. This rudimentary technique enables her to give life to the extraordinary visions she now exhibits 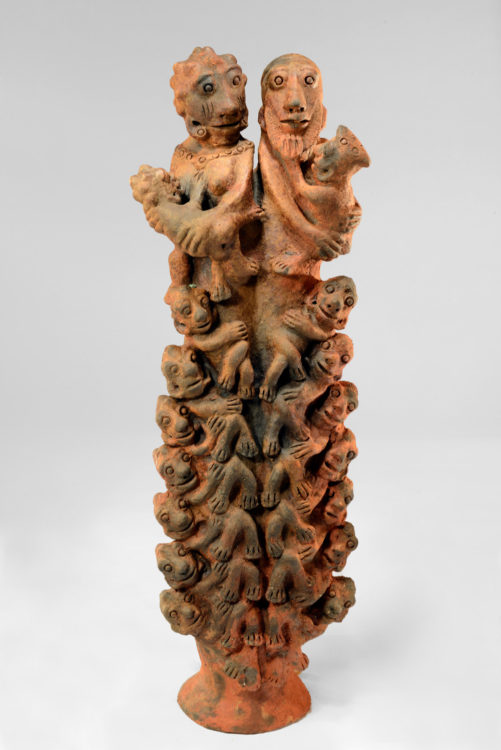 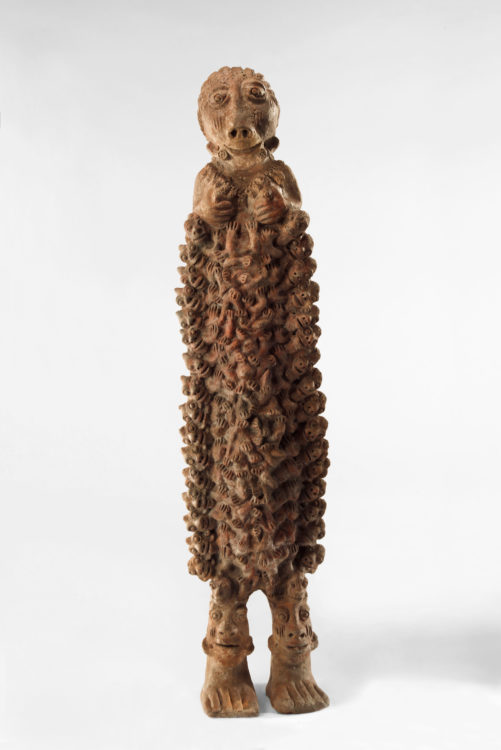 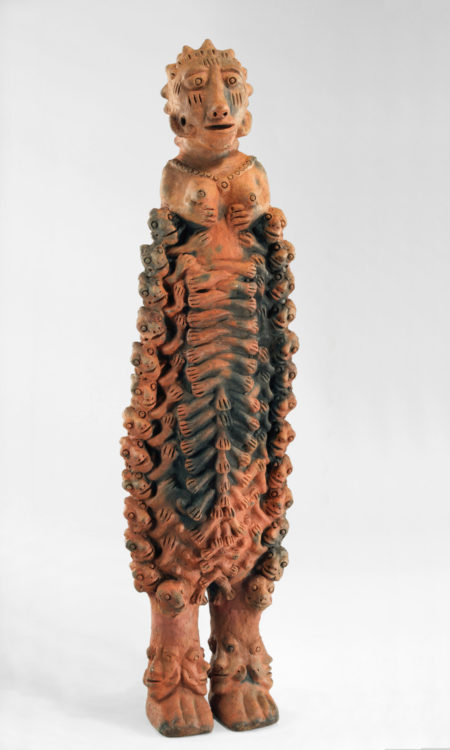 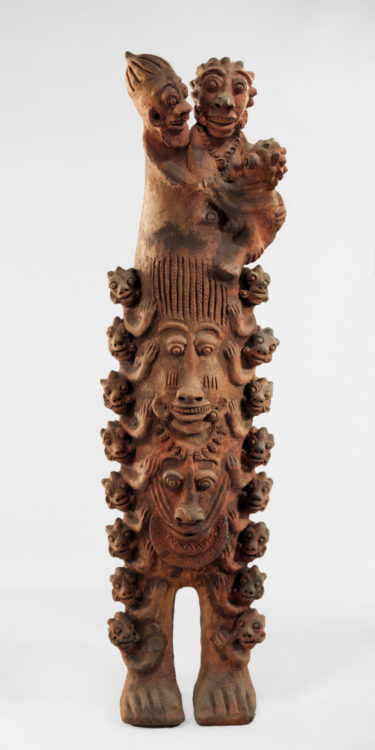 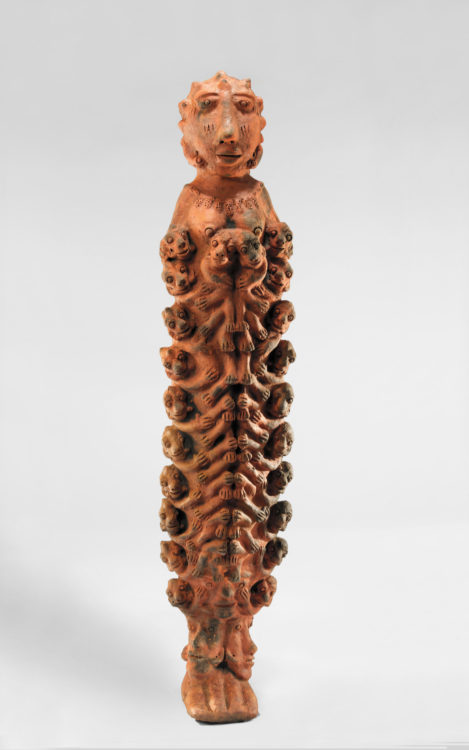