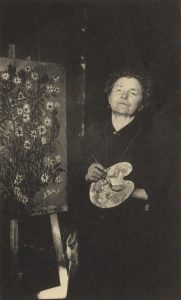 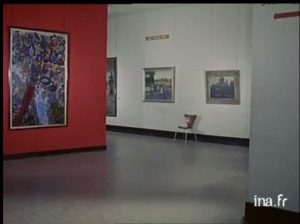 Séraphine de Senlis’s life is like her work: rich, prolific and obscure. She was born in a rural environment in the Oise department. Orphaned at the age of seven, she was raised by her elder sister and swiftly left to her own fate. As a maid at the convent of La Charité de la Providence in Clermont-de-l’Oise, she plunged into religious life and became steeped in the images of piety surrounding her. From then on, and throughout her life, she devoted herself to the worship of the Virgin Mary. As a chambermaid employed by middle-class families in the environs of Senlis, she started to paint small still lifes, in great solitude; she herself made her own colours using Ripolin as a base, making enigmatic mixtures, which nobody knew the secret of. In 1927, several of her works were accepted for an exhibition held by the Society of Friends of the Arts in the City of Senlis. Wilhelm Uhde, a great collector, art critic and dealer, showed great interest in her painting filled with “ecstatic confessions”, and became her patron.

She then started to paint very large pictures, which she laid on the floor. She constructed joyous representations with recurrent motifs of flowers, fruit, feather-like leaves, and eye-like leaves, thus celebrating her mystical visions of a luxuriant nature. Her compositions, informed by “the genius of the heart and intuition”, prompted Uhde to compare her work with other self-taught painters, such as André Bauchant, Camille Bombois and Louis Vivin, whom he called the “modern primitives”, refusing the unsuitable term “naïve”; in 1928 he put on an exhibition of their work titled Peintres du Coeur sacré. The artist thus earned a certain renown; the inhabitants of Senlis and one or two national and international museums started to acquire her canvases. Prone to powerful fits of paranoia, at the height of her art the painter foundered in madness and squandered all her money. From then on, as an inmate in the psychiatric hospital in Clermont-de-l’Oise from 1932 onward, she ceased all artistic activity. In 1972, the Senlis Museum held her first solo show. 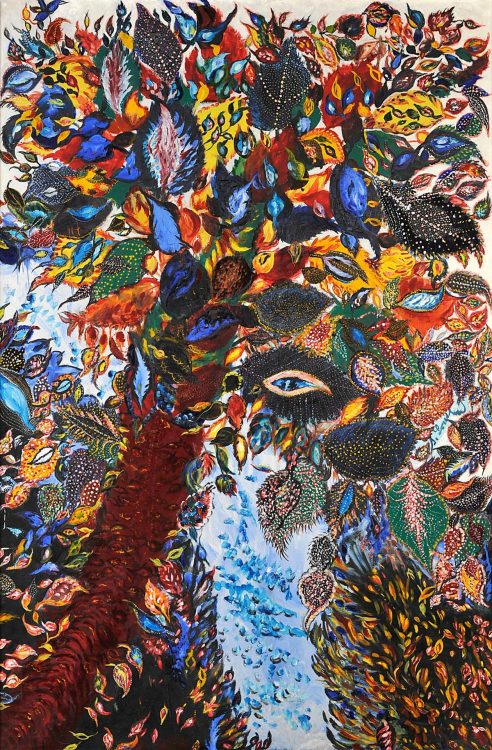 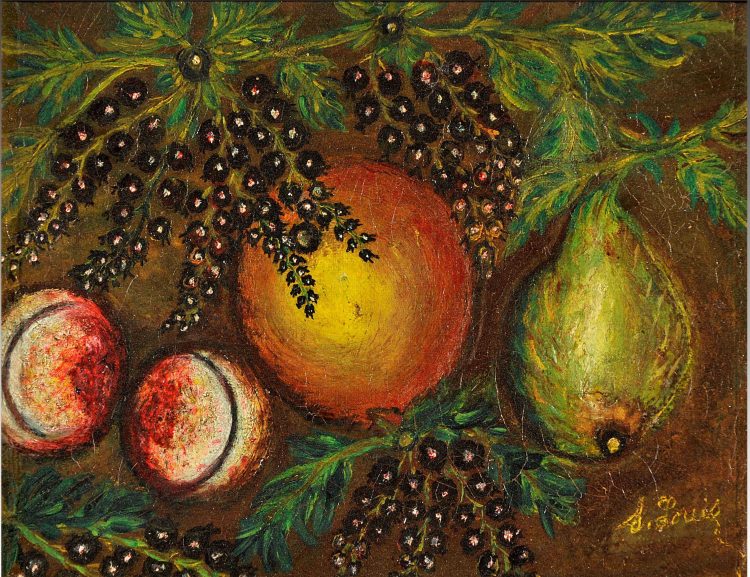 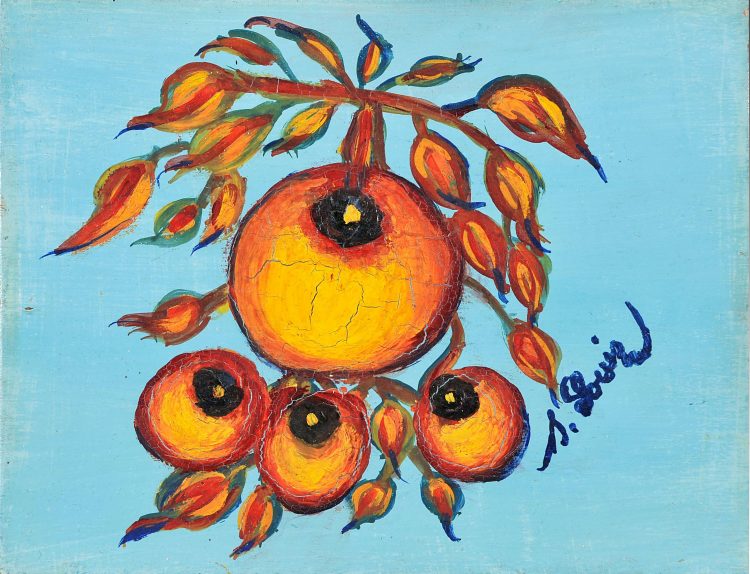 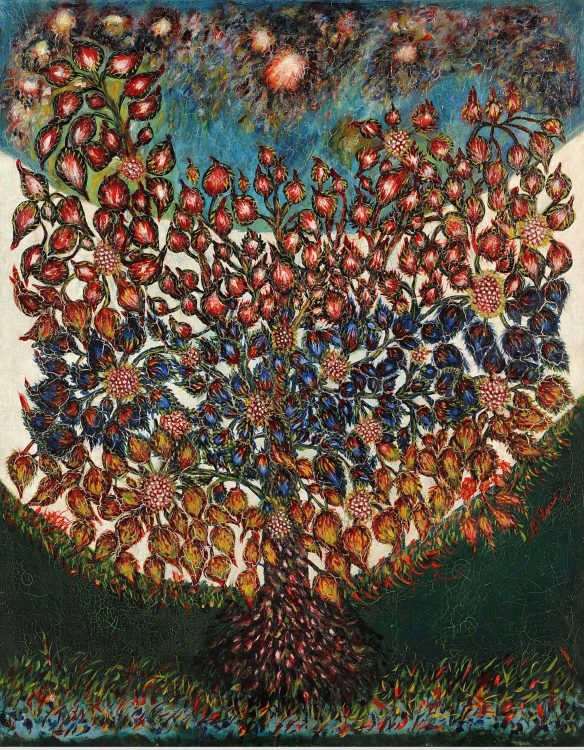 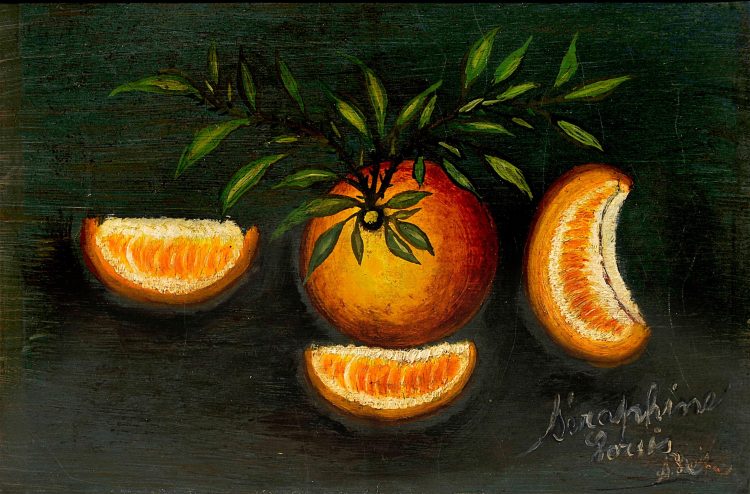 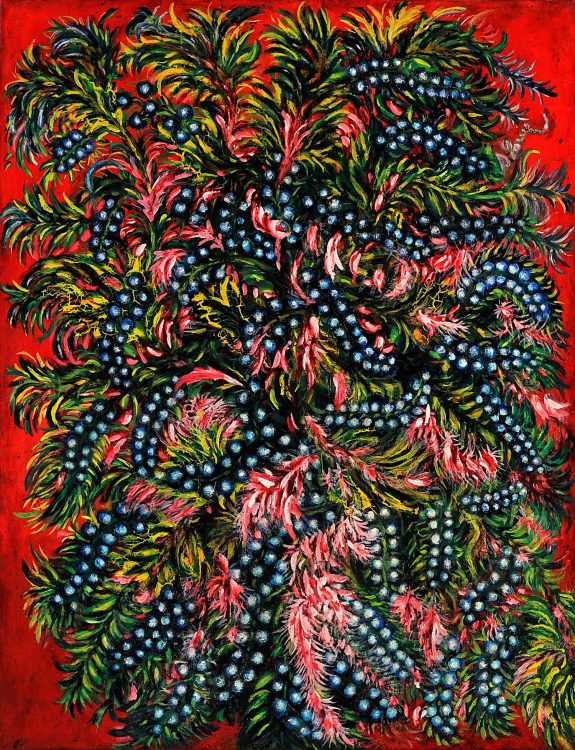