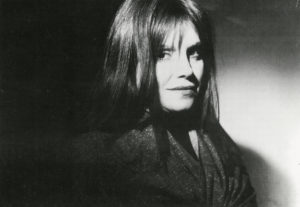 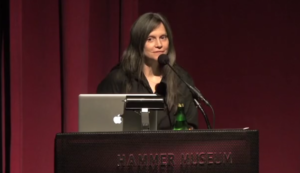 Sue Williams studied art at Cooper Union in New York, before graduating from the California Institute of the Arts in 1976 and returning to New York in the 1980s. Her first black and white drawings were strongly influenced by comic strips and cartoons. The artist paints scenes of domestic violence and sexual abuse against women that she portrays in a gesture of provocation and satire (The Art World Can Suck My Proverbial Dick, 1992; Are You Pro-Porn or Anti-Porn?, 1992). An important autobiographical element of her life is the basis of her paintings: she tells of having lived in several violent relationships before meeting her husband. She expresses a tragicomic sentiment in her works that combines troubling aspects of reality with unexpected humour. Since the beginning of her career, she has been engaged against the passive and recurring acceptance of sexism and machismo in contemporary society. In the mid-1990s, S. Williams began to accentuate the pictorial and aesthetic aspect of her work: her paintings became more and more abstract, decorative and almost calligraphic through an interlacing of coloured lines.

However, a closer look reveals a multiplicity of hidden figures: sexual organs and body parts are hidden in an abstract composition recalling Pollock’s drip paintings (Patriotic with Three Unfortunately Infected Testicles, 1997). She participated in several editions of the Whitney Museum of American Art Biennial, as well as the Venice Biennial in 1992. In the early 2000s, she developed an expressionist style that merged with figurative abstraction. Her biomorphic forms are painted with vivid colours and large splashes of paint floating on a white background. In 2002 the Vienna Secession and the Valencia Institute of Modern Art presented her solo exhibition Art for the Institution and the Home. The title’s irony was twofold as it played on the double lives of several women who split their time between their work and home, as well as the risk for a certain type of painting to become a strictly decorative gesture. In 2005 S. Williams participated in the exhibition Extreme Abstraction at the Albright-Knox Art Gallery in Buffalo. In 2010 her New York Gallery, 303 Gallery, presented a retrospective of her work, Al-Qaeda Is the CIA, honouring 20 years of her career. 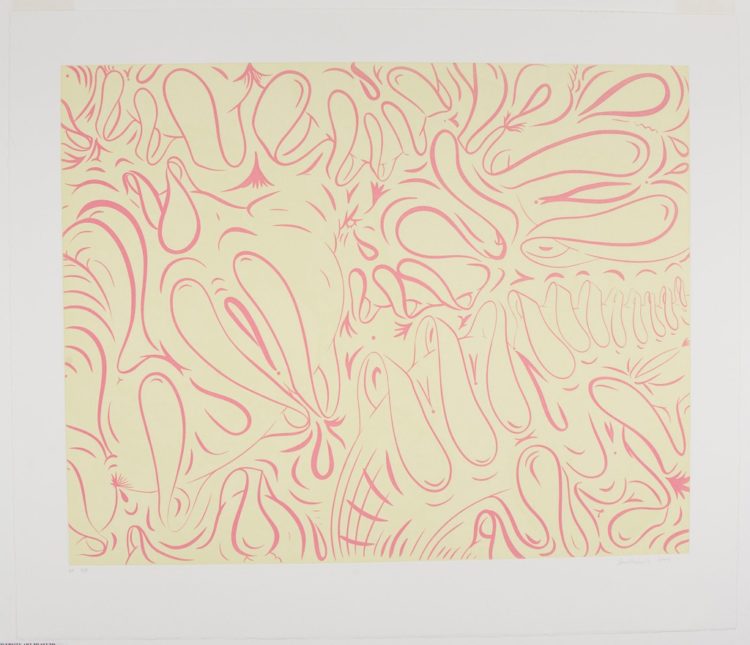 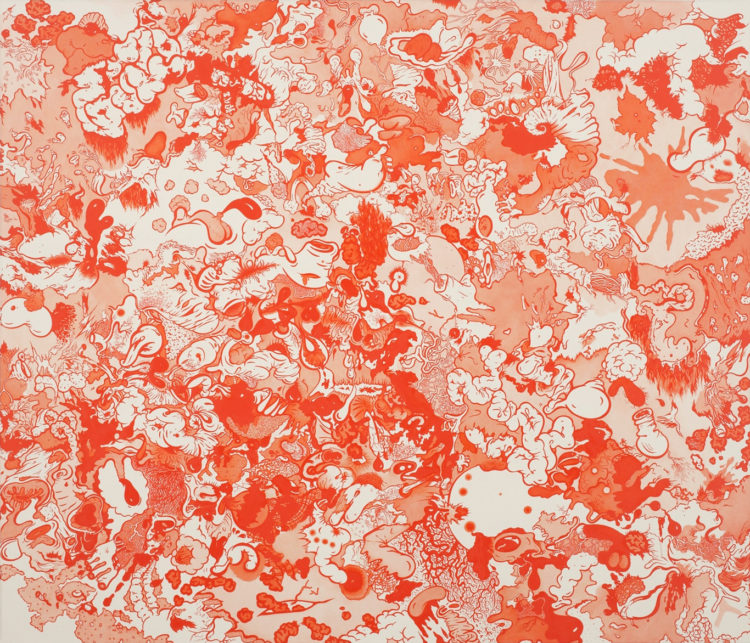 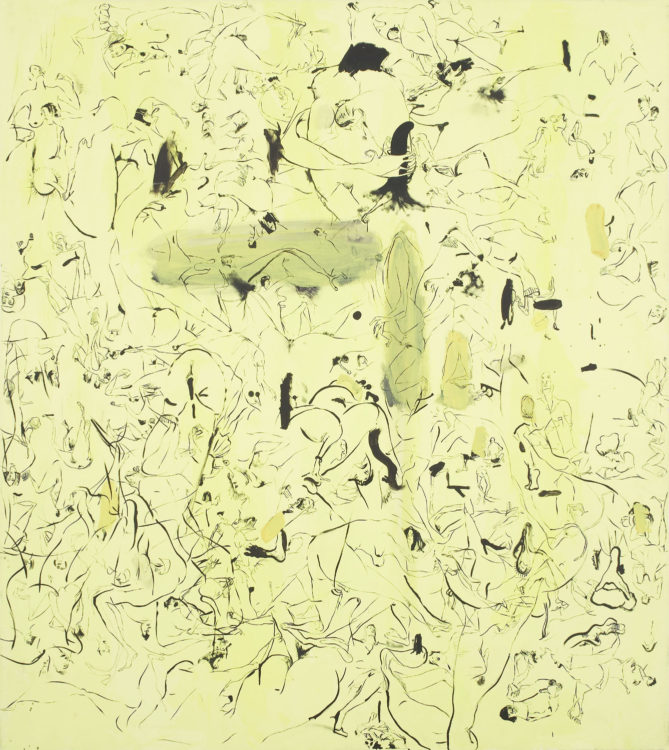 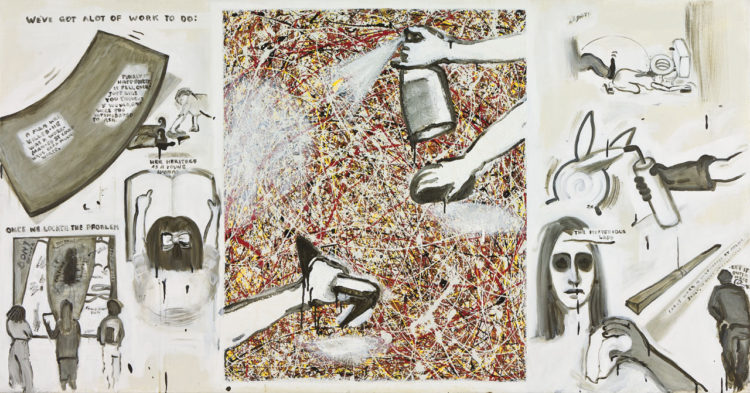 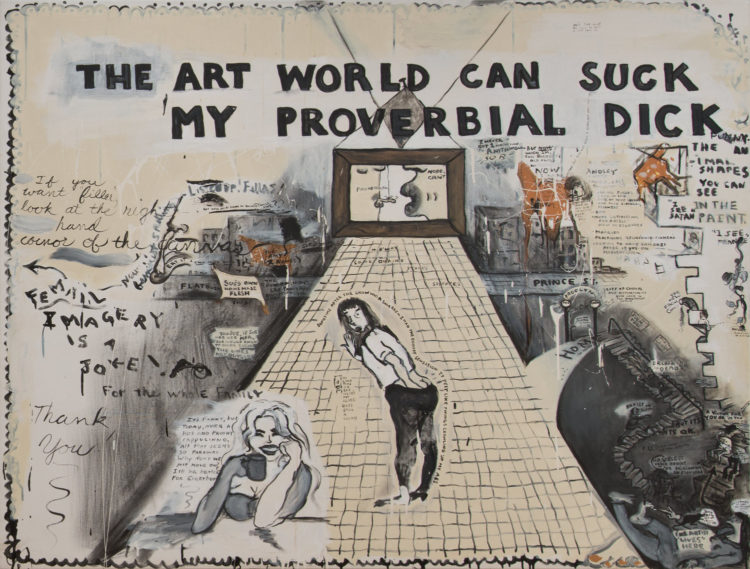 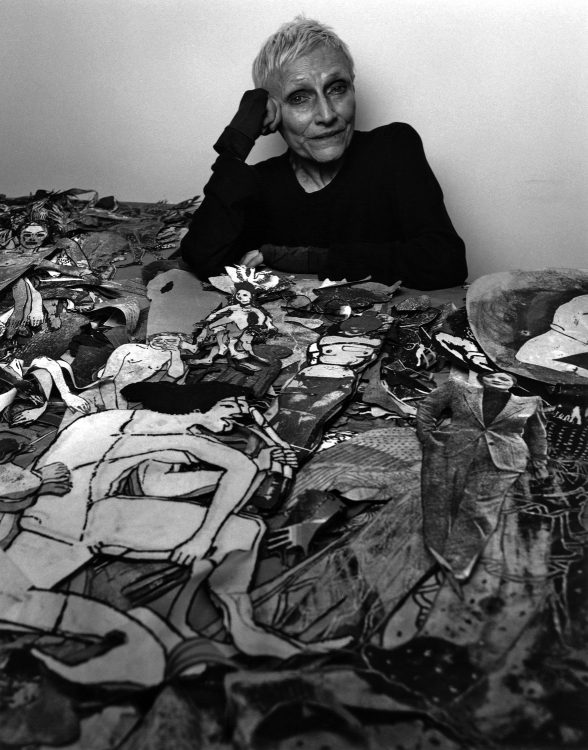