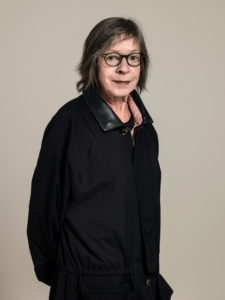 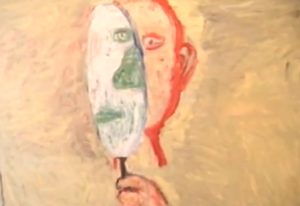 Susan Rothenberg studied sculpture at the State University of New York. As a dancer and assistant for Joan Jonas (1936) and Nancy Graves (from 1970), she became interested in performance art, bridging the gap between minimalist aesthetics and emotional body language. She married the artist George Trakas in 1971. Defined as neo-expressionist, neo-impressionist, surrealist, and even futurist, her work has been associated with new image painting, a movement that reconciled the new impulse that had been given to figuration and symbolic subjects with the rigour of minimalist abstraction. Her first solo exhibitions were held at Kunsthalle Basel, the Stedelijk Museum in Amsterdam, the Los Angeles County Museum of Art, and the Phillips Collection in Washington. In 1978, she took part in the exhibition New Image Painting at the Whitney Museum and documenta 9 Kassel. Her work is an intimate exploration of the relationships between colour and surface, and between body and space. The iconography, themes and symbols she uses are as provocative as they are significant, with an emphasis on sexuality. Although she maintained the modernist principle of the space-plane, she combined it with unexpected motifs –for example, a horse, which she chose for its “neutral enough” yet strong aspect. Drawing, which also appears in her paintings, plays a key part in the process of creating the image, justifying several stages of outlining. Because the body is a central aspect of her work, S. Rothenberg’s treatment of figurative subjects is radical in that it imparts them with a psychological dimension. First Horse, her earliest small-scale horse picture, is painted in tempera on canvas. The perfectly flat, pale sienna figure, drawn with an outline that barely distinguishes it from the abstract background, is cut in half by a vertical line running through the canvas from top to bottom. This process is repeated and the line becomes a construction principle for the image. The artist has said that she uses this minimalist spareness to apprehend “exactly what a canvas is”. A recurring motif up to 1980, the horse appeared again in the 90s. She took up horse riding and moved to a ranch in New Mexico after marrying the artist Bruce Nauman in 1989.

Rothenberg is also known for painting bodies in motion, as seen in Mary (1974, acrylic on canvas), diptychs based on photographs that the artist took of a friend. Squeeze (1978-1979, acrylic on canvas) saw the artist inaugurating her first works on fragmented bodies: in the manner of a puzzle, a horse’s head with truncated ears lies between its two front legs painted upside down, simply outlined in black on a white background. In 1980, Rothenberg began her transition period, during which she painted side views of heads, as she had done with her first horses. She then painted self-portraits depicting the two essential attributes of the painter: the hand and the head – hand inside head – both parts intermingled. In 1981, she began working with oil paint. The head/hand association in her Black Heads is reminiscent of Basquiat’s graffiti. All these paintings show her refusal of any form of synthesis. Her perspective changed in the 1990s: she reintroduced the figure of the horse, used in this case as a living element in its own right, rather than as a formal element made to convey the essence of painting. She achieves a depiction of movement by multiplying the figures. Legs are often the only part of the horses represented and very precisely framed. Her approach of figures is similar to that of Philip Guston: they are fragmented, always thickly outlined and appearing to float on the surface of the painting. In 1984, she also made portraits of Mondrian, in which she reverted to a more expressionistic touch. Influenced by abstract expressionist artists like de Kooning and Pollock, she uses colour as an essential element in her exploration of the relationship between the figure and its background. One might say that S. Rothenberg’s work belongs to a form of psycho-expressionism; however, unlike Baselitz, Schnabel, and Salle, it does not reference any specific movement in the history of art. 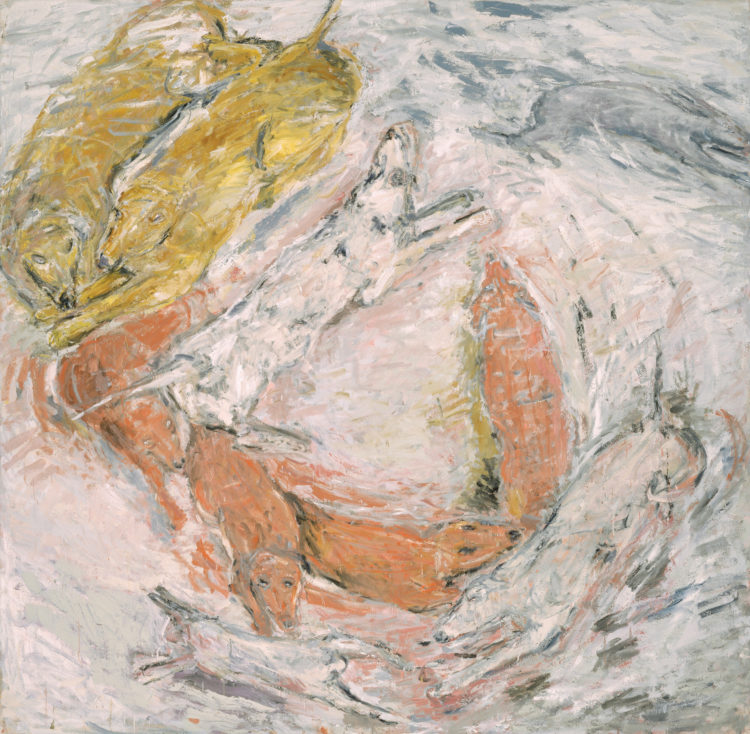 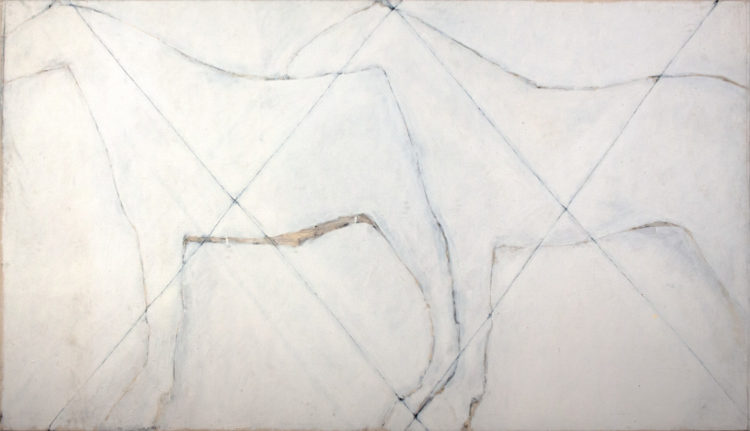 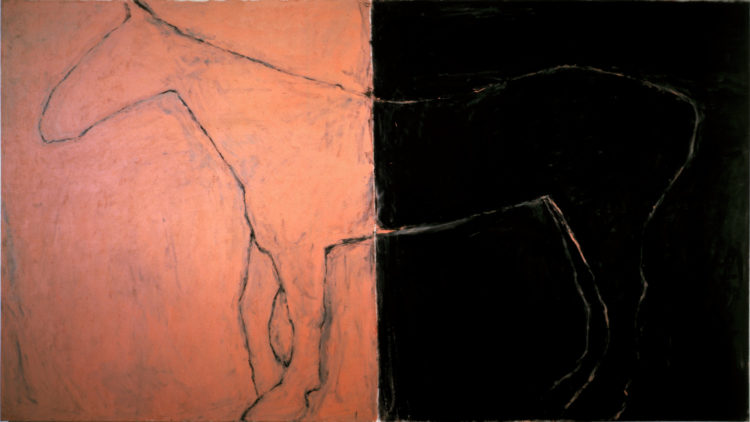 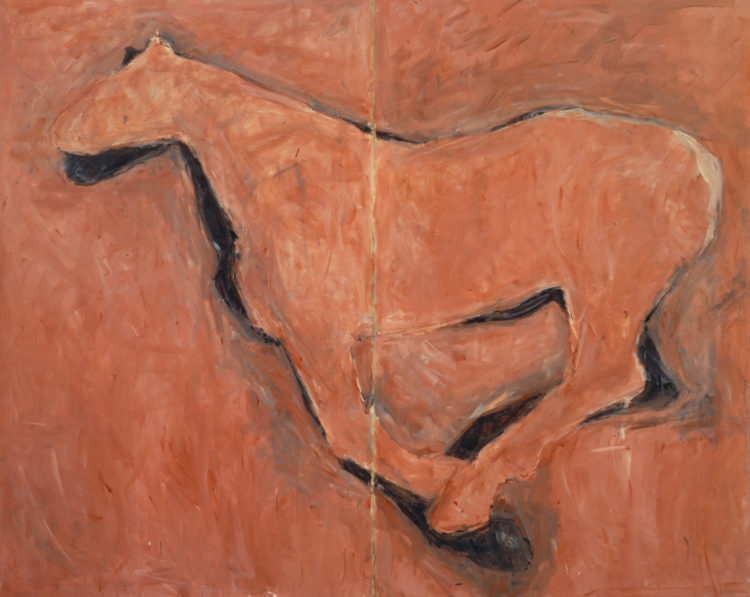 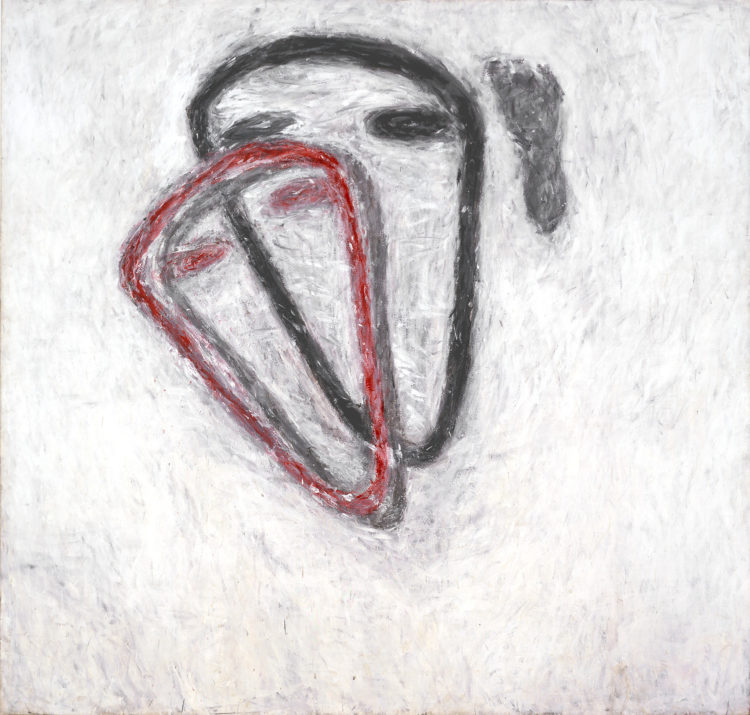 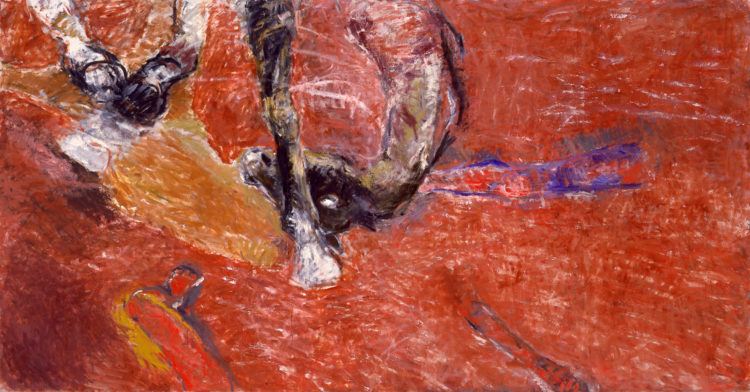 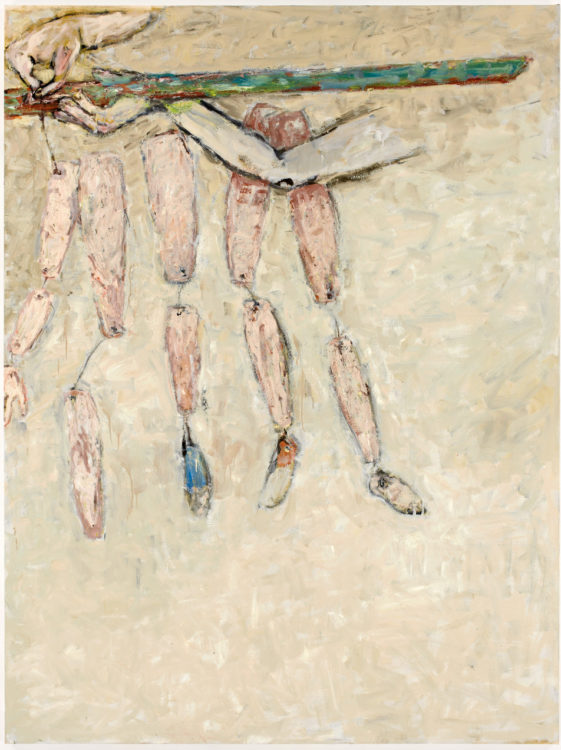 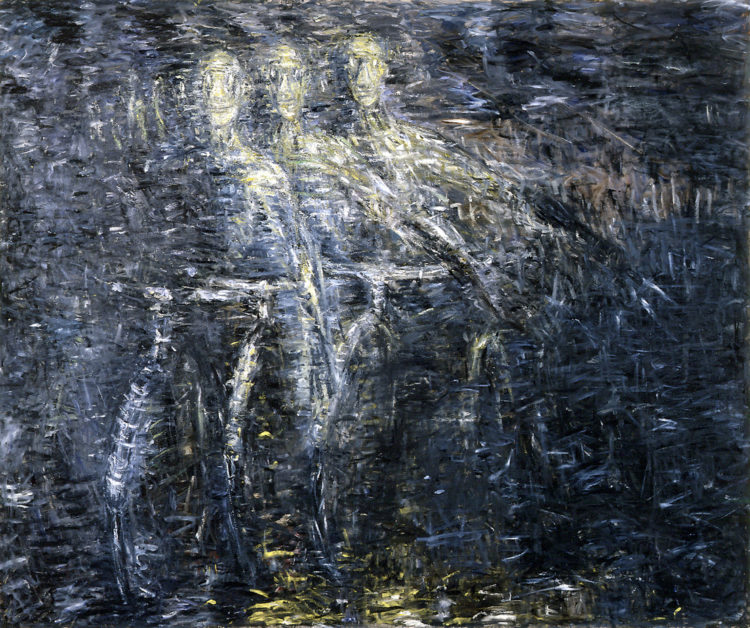 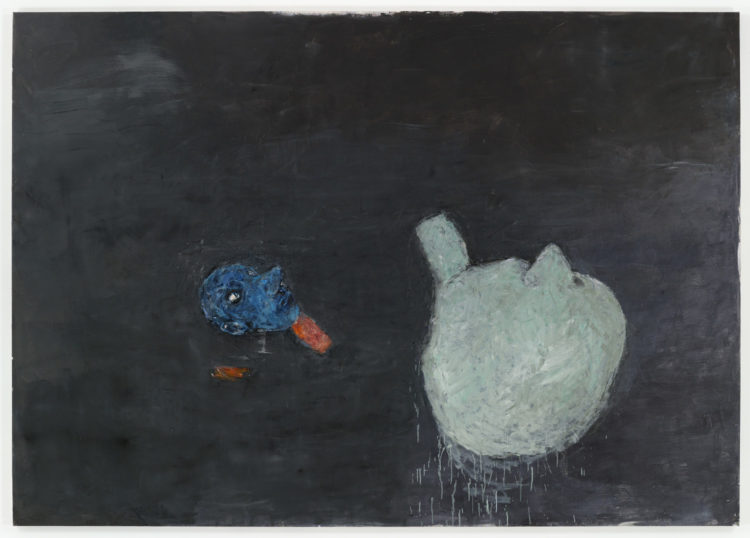 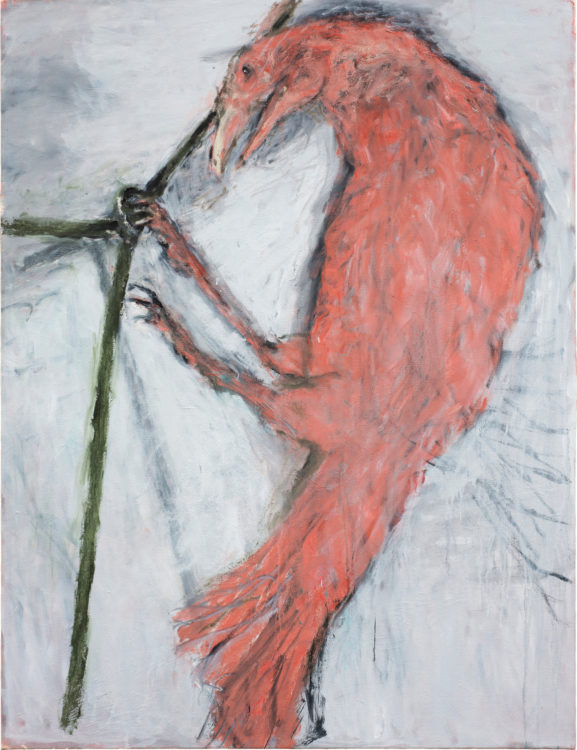