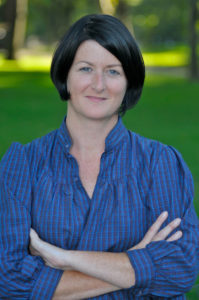 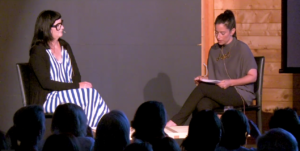 Tara Donovan received a Bachelor of Fine Arts degree from the Corcoran College of Art and Design in Washington in 1997, followed by a Master of Fine Arts from Virginia Commonwealth University in 1999. She presented her first solo exhibition at Ace Gallery in New York in 2003. She creates often monumental sculptures and installations from manufactured everyday objects that have no apparent value, revealing their poetic or organic characteristics: rolls of Scotch tape, plastic cups, pencils, toothpicks, nails and buttons. Her astonishing and biomorphic works are accumulations of a single material with a predilection for the colour white. Her abstract installations, as sensual as they are surreal, are made up of baffling textures and evoke snowy landscapes, minerals, and clouds, giving the viewer a feeling of infinity, as if in a perpetual expansion. One of her most impressive installations is undoubtedly that which was realised in 2000 – a heap of thousands of white plastic cups placed on the floor. With this same object she created an entirely white ceiling in relief at Ace Gallery in 2003, playing with light and the effects of transparency and opacity.

From her work on the notion of layers and plan-relief, the installation Transplanted (2001) was born, composed of enormous sheets of superimposed black paper with shredded edges. For several years, T. Donovan has exhibited etchings made with a ferric chloride solution, imprinted with soap bubbles and rubber bands. In 2005 she received the Calder Prize and entered the residency programme at the Atelier Calder in Saché (France) where she realised a monumental work – an assemblage of several tonnes of broken glass panels of various shapes resembling the geological strata of a mountain range. Her work has been exhibited in various collective and monographic exhibitions in the contemporary art museums of Boston and San Diego, and at the Metropolitan Museum of Art in New York from 2007 to 2008. She also received the MacArthur prize in 2008. 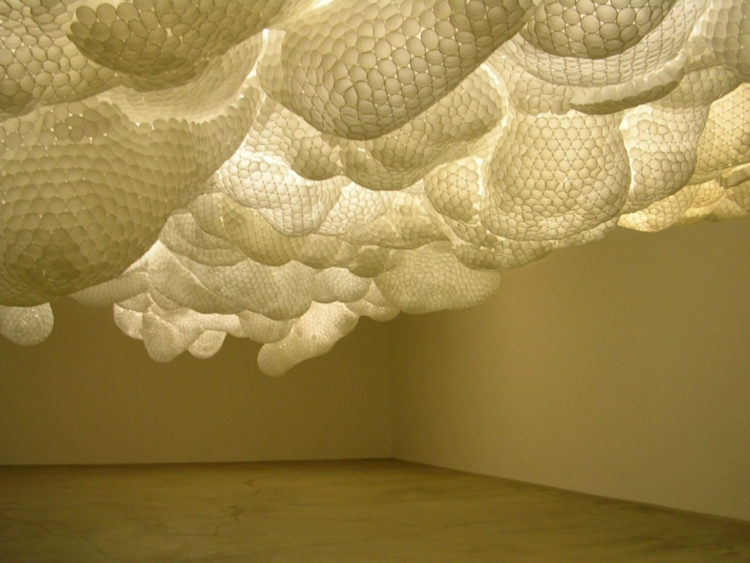 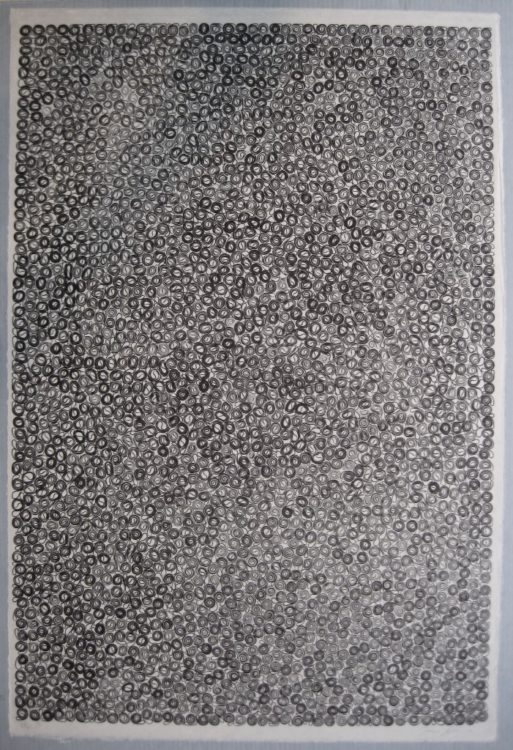 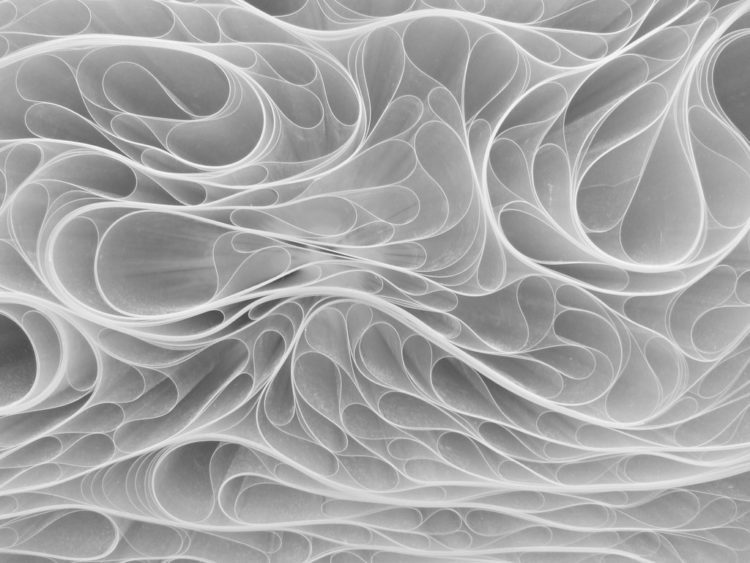 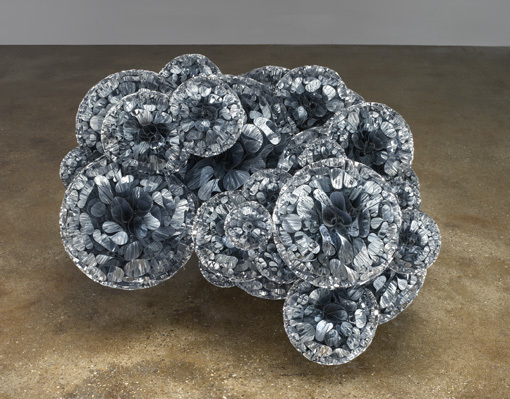 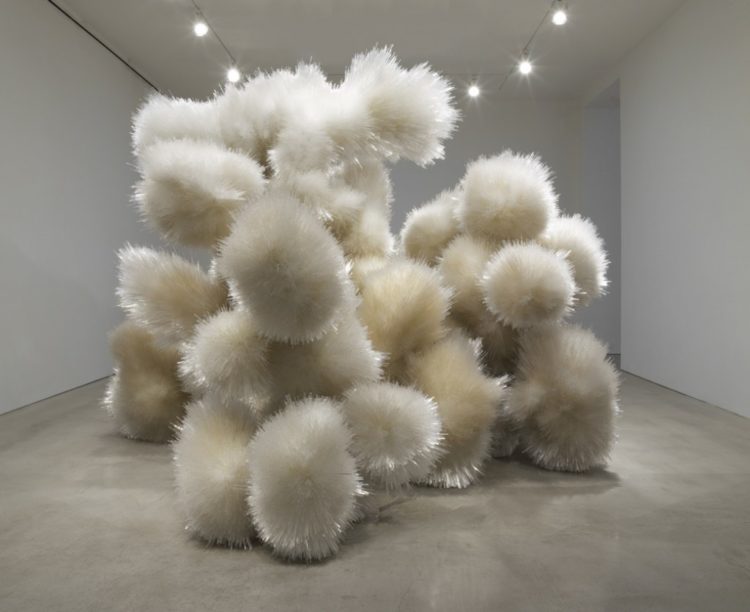 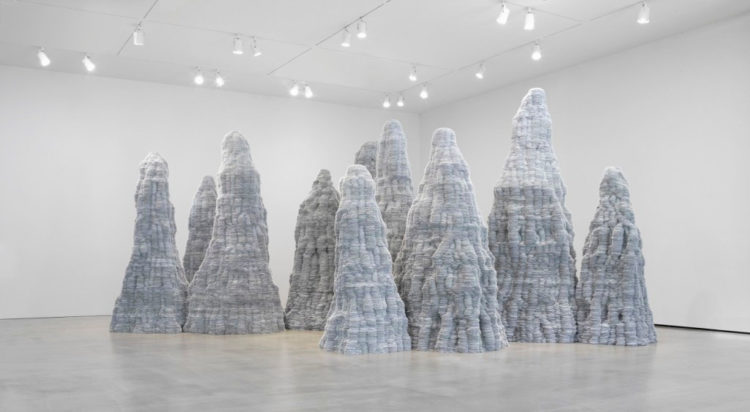 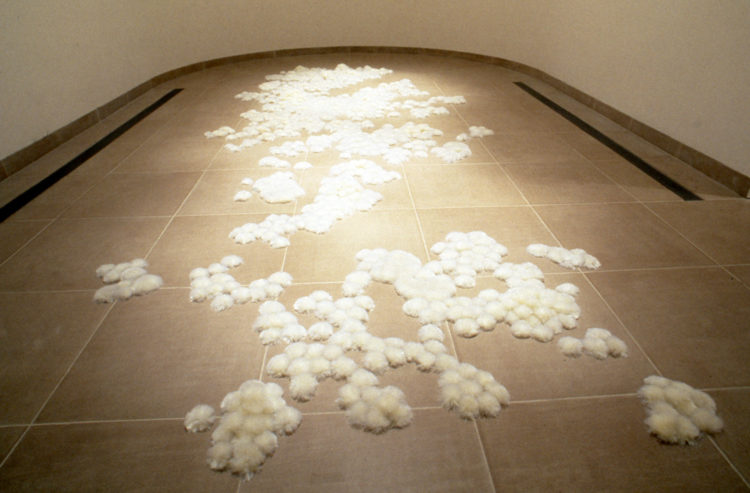