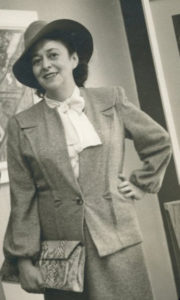 Teresa Żarnowerówna was a major figure of the Polish avant-garde in the first half of the 20th century, co-founder of various Constructivist groups, creator of abstract sculptures and experimental paintings, and a politically engaged artist of the left. She created posters and photomontages, typographic compositions for magazines and books, and was interested in graphic design and architecture.
Born to a Jewish family from Warsaw, she studied sculpture at the Academy of Fine Arts in Warsaw from 1916 to 1921. In her early works, the artist connected with sculptures by Alexander Archipenko (1887-1964) and Jacques Lipchitz (1891-1973). For the New Art Exhibition in Vilnius in 1923, which inaugurated the history of Polish Constructivism, she presented abstract typographic compositions and spatial sketches. That same year, at the Galerie der Sturm in Berlin, she exhibited sculptures and architectural projects. In March 1924 she founded the Blok group uniting Constructivists and Cubists and launched a magazine under the same name. Amongst her close collaborators were her partner Mieczysław Szczuka (1898-1927), as well as avant-garde artists such as Władysław Strzemiński (1893-1952), Katarzyna Kobro (1898-1951), Henryk Stażewski (1894-1988), Henryk Berlewi (1894-1967), as well as futurist poets Anatol Stern and Aleksander Wat.

In 1927 M. Szczuka founded and directed the artistic and literary review Dzwignia (Lever), in line with the Communist Part. After his tragic death, T. Żarnowerówna took over the direction of the magazine. She became close to activists of the working-class movement. In 1924, during the electoral campaign for the two chambers of the Polish Diet, she produced posters and leaflets for the committee of the Workers’ and Peasants’ Union (Komitet jedności robotniczo-chłopskiej). One year later she realised a photomontage for the cover of Europe, a poem and major work of Polish Constructivism by Anatol Stern. In it, she depicted the fall of a decadent capitalist world. Suffering from depression from the early 1930s, the artist created less and less. In 1937 she settled in France. It was there that she learned of the death in concentration camps of her family who had stayed in Poland. Between 1940 and 1942 she created a series of dramatic photomontages that illustrated the publication The Defence of Warsaw.

With the surrender of France in June 1940, the artist began a long journey during which she went first to the south of France, then to Lisbon. She brought with her only some photographs and her early sculptures. In Lisbon, hundreds of refugees were waiting for a visa to go to the United States. In December 1941 she managed to get on board a ship but was refused entry to the United States. She left for Montreal and did not arrive in New York until 1943. Little of the artist’s works from this period exist today, yet those that do are marked by a growing dramatism. Death, despair and horror against the backdrop of the Holocaust were the main motifs of her expressive ink drawings and gouaches. As for her series closer to surrealist deformation created after 1944, it is difficult to say if in the middle of the tortuous forms and splashes of colours there was still a material figure or if only its ephemeral trace persisted. In 1946, during the artist’s exhibition at the gallery Art of This Century in New York, Barnett Newman wrote, “Teresa Żarnower … is perhaps the last major European artist to have arrived during the war …. Today, in her first exhibition she presents here, she feels that in a world she has seen collapse, it is not enough to resort to personal tragedy and Purist constructions and that the desire for absolute purity can be a total illusion. … It is this passage from abstract language to abstract thought … that gives her work its strength and dignity.”

At the end of the 1940s the situation in the United States became increasingly difficult. Anti-communist politics polarised society. In painting, figuration was abandoned while Abstract Expressionism became the sole manifestation of freedom in art. Without commissions and money, the artist did not find the strength to confront the situation. In 1949, T. Żarnowerówna died in her New York apartment, in circumstances that are still unexplained. 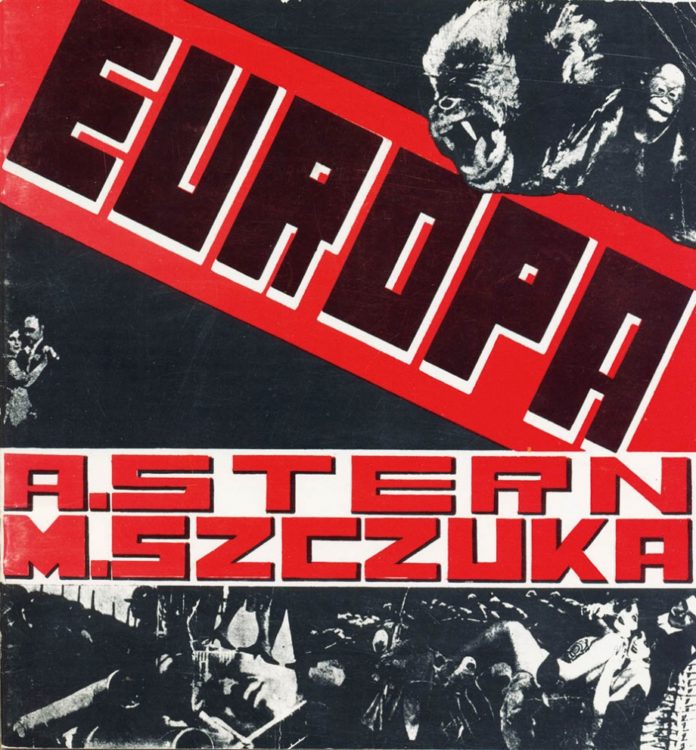 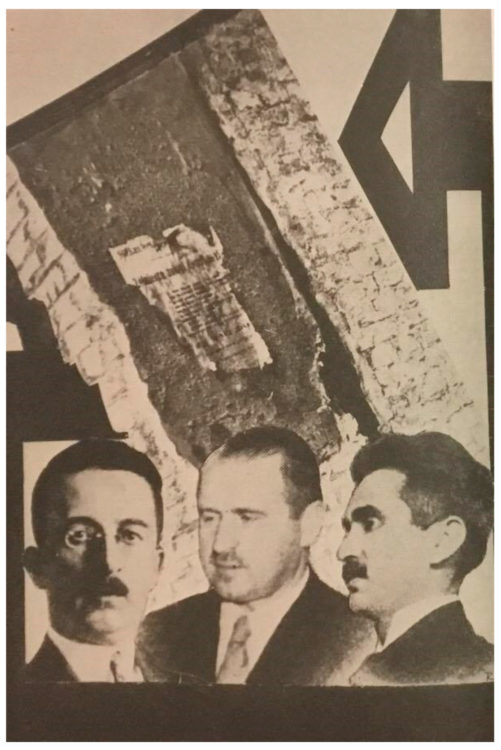 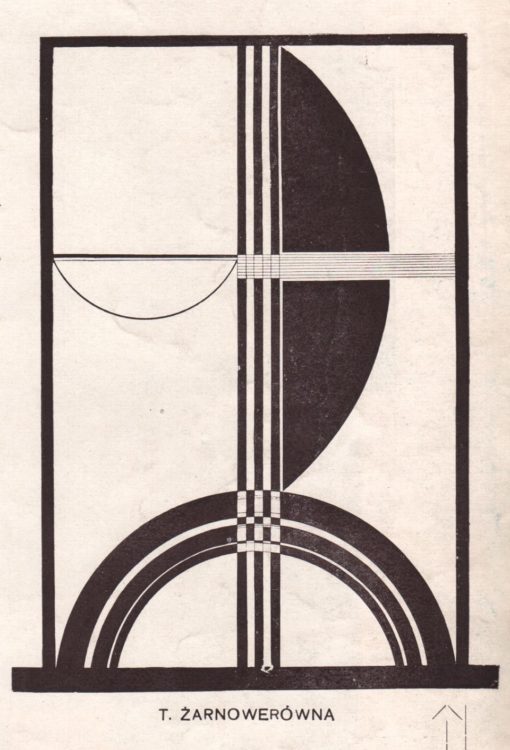 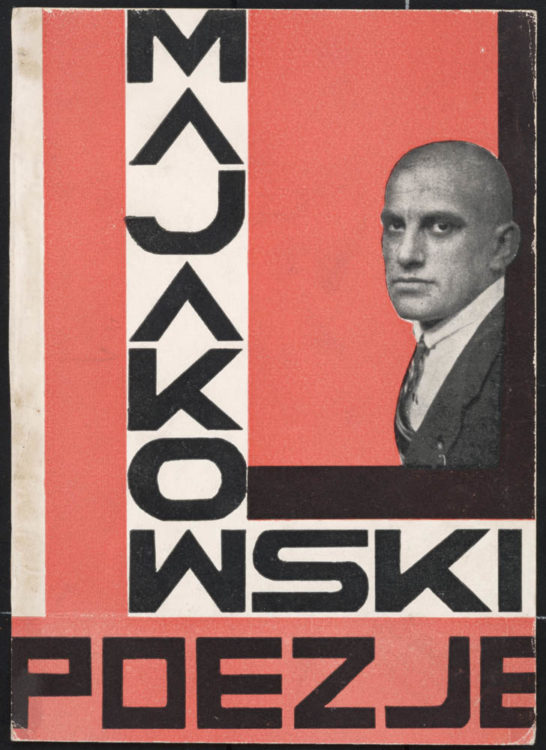 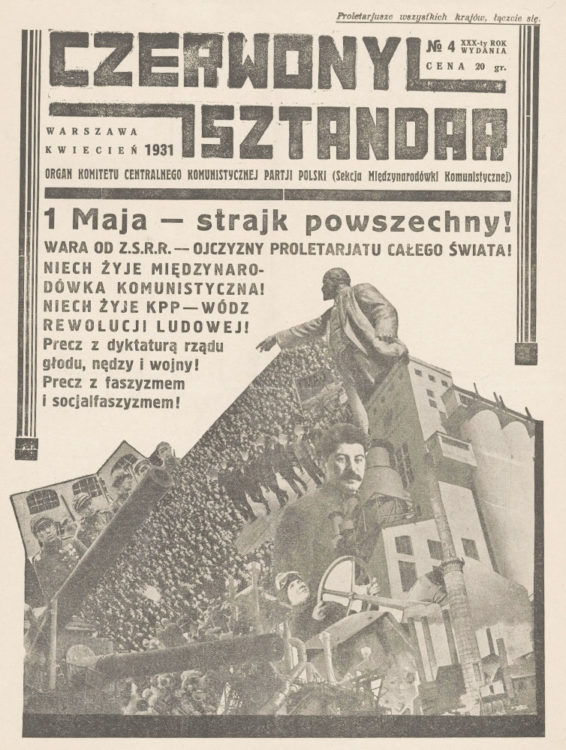 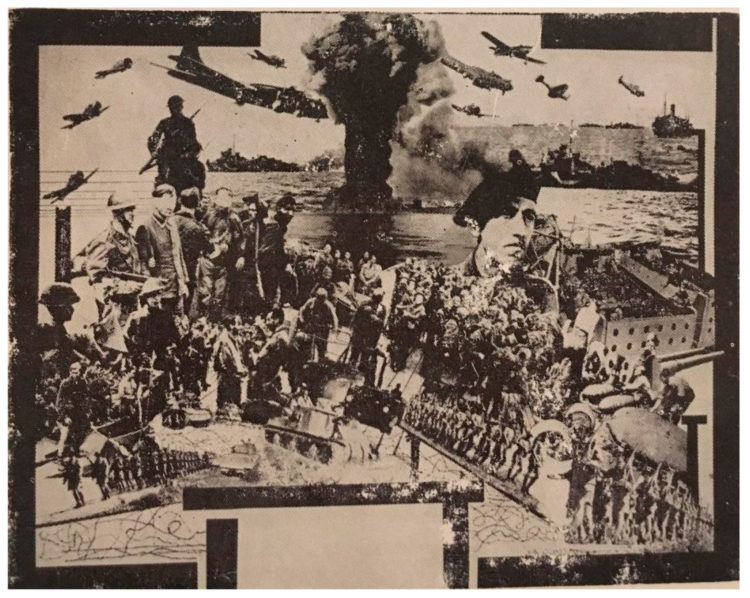 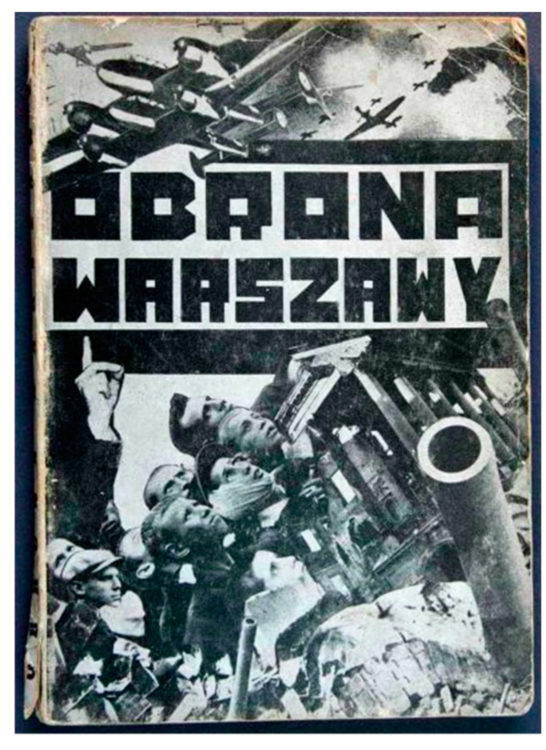 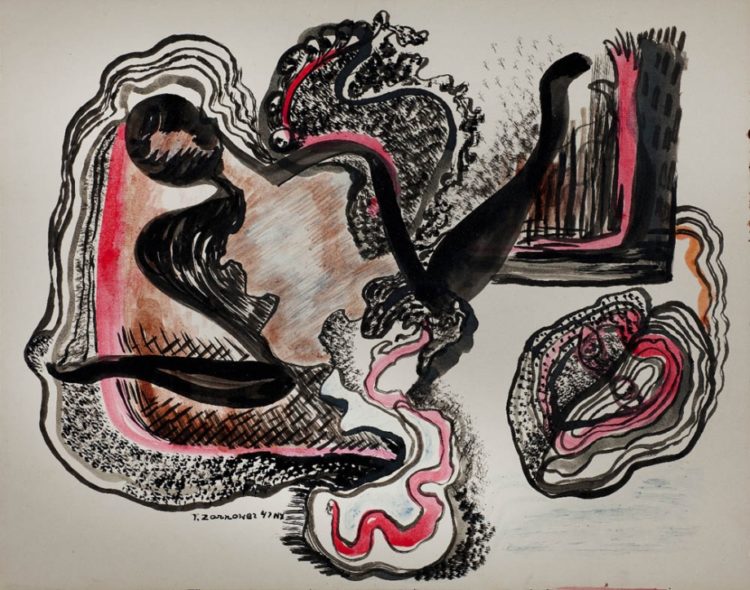 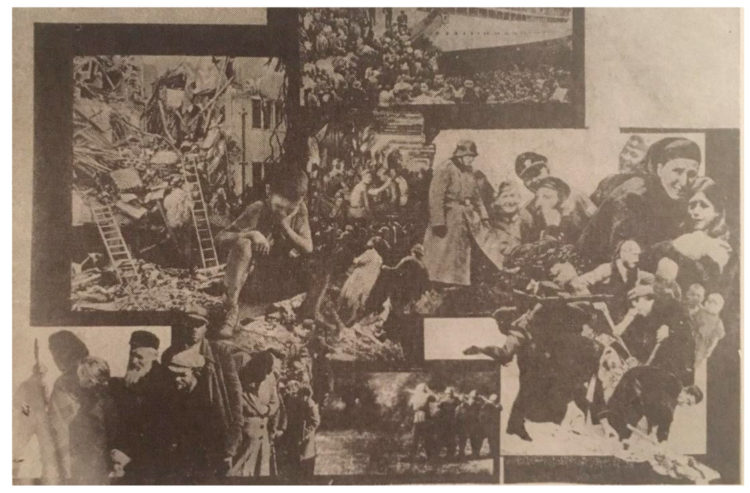 Teresa Zarnowerowna, In the days of terror (1), photomontage from The Defense of Warsaw. Polish people in defense of the capital (September 1939), 1942 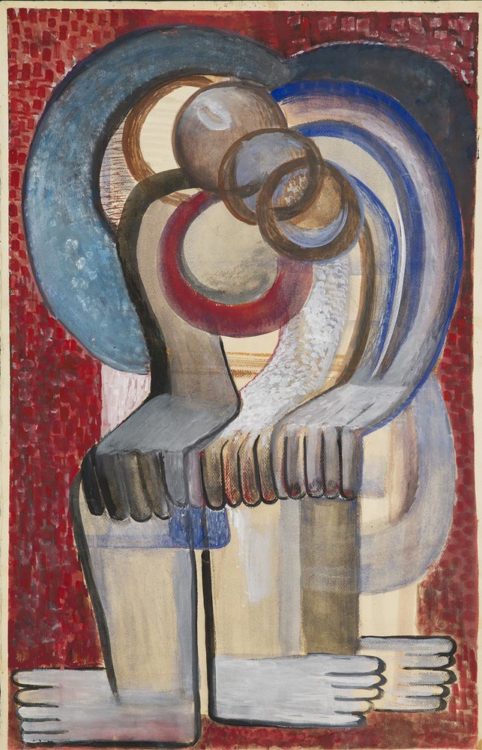 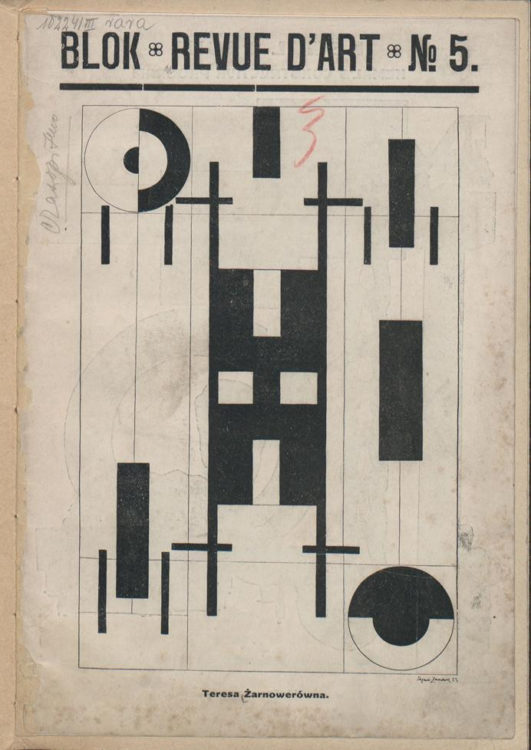