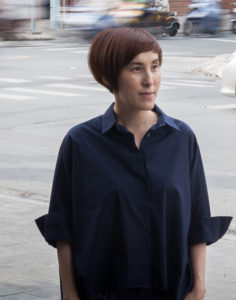 From the mountains to the valleys, from the deserts to the seas : journeys of historical uncertainty, CAMP – Center for Art on Migration Politics, Copenhagen, 25 September – 12 December 2015 Tiffany Chung was forced to leave Vietnam following the capture of Saigon by Ho Chi Minh’s army in 1975. Her father, a pilot in the Southern Vietnamese army who had fought alongside the Americans, was imprisoned from 1971 to 1985, which forced T. Chung as a child to reconcile feelings of absence and of optimistic and confident expectation. Her family found refuge on the West Coast of the United States, where T. Chung first studied photography at the California State University in Long Beach, then various forms of conceptual art at the University of California in Santa Barbara. Encouraged by her professor Colin Gardner, she experimented with a variety of techniques – etching, digital art, drawing, painting, video, photography, and performance art – seeking absolute mastery in each of these mediums.
From 2000 to 2017, she moved back to Ho Chi Minh City, where she took part in the creation of the activist art centre Sàn Art with fellow artists Dinh Q. Lê, Tuan Andrew Nguyen, and Phunam from the Propeller Group.

She travelled regularly throughout Asia during these years and spent several months in residency in Japan. Her interest in Asian pop culture, particularly in cosplayers – people who dress up as fictional characters to better escape oppressive social expectations – led her to pursue an in-depth study of the Rice Riots of 1918 (kome sōdō) and of the urban and psychological consequences of the 1995 Kobe earthquake. Her performance piece Play (2008) is emblematic of this period.
Her practice resolutely combines a meticulous, appealing, decorative and subversive aesthetics with a will to convey often traumatic or violent historical and social phenomena. Mass population displacements (Syria, Vietnam), partitions (Germany, the Middle East, Vietnam, Korea), borders of empires (Morocco, Romania…), upheavals linked to wars or environmental disasters (atomic bombs, resource sharing…) lie at the heart of T. Chung’s work. She uses performance, installation, embroidery, painting and drawing to bring to light the amnesia of the past while also denouncing unequivocal interpretations and pinpointing reiterations, all to help us potentially free ourselves from them.

The Rice Riots, for instance, find an echo both in the history of post-1975 Vietnam and in the Arab Spring. Through this process, which Colin Gardner calls “speculative realism”, the artist invents new geopolitical contexts. T. Chung’s works open the doors to political creativity – what could have been, what could happen…. As she has said, “the line that separates political imagination from participation is very fine”. In addition to her politically-minded work, the artist also teaches, shares and passes on her knowledge. In 2015 in Copenhagen, she offered art classes to newly arrived Middle-Eastern and African immigrants in view of providing them with the concentration required for future accomplishments. That same year, she asked art students from Ho Chi Minh City to reproduce in paint photographs of Vietnamese refugees in Hong Kong that the UN Refugee Agency had collected to keep the memory of these periods of segregation alive.

As can be seen in the Syria Project (2014-2015), shown at the 56th Venice Biennale in 2015, the process of mapping, which lies at the intersection of geography, sociology, history, and politics, is one of T. Chung’s priorities. The artist questions the authority and legitimacy of this representation of the world by underlining its unavoidable subjectivity and ambiguities. Her maps are often drawn on tracing paper and use delicate outlining and vivid colours, catching the eye of the public with their silky beauty. But once the viewer’s attention is caught, there is no escaping the artist’s cry of protest in the face of oblivion and dehumanisation. T. Chung’s work uses seductiveness as a tool against censorship and indifference so as to better open minds. 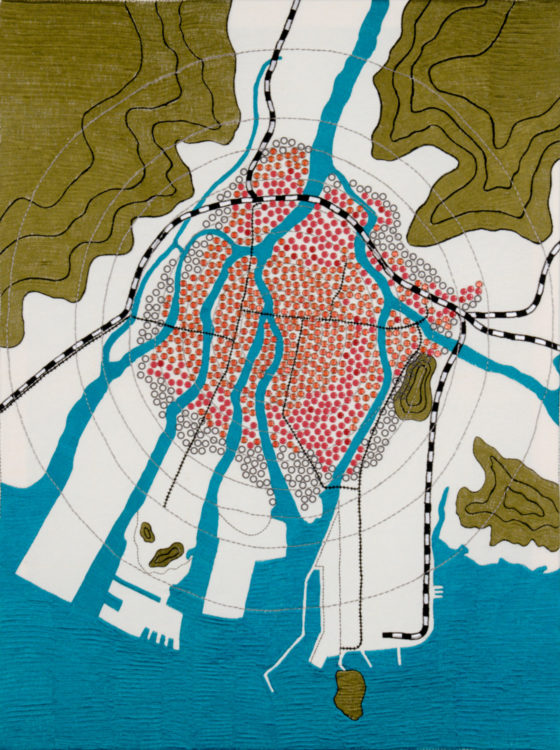 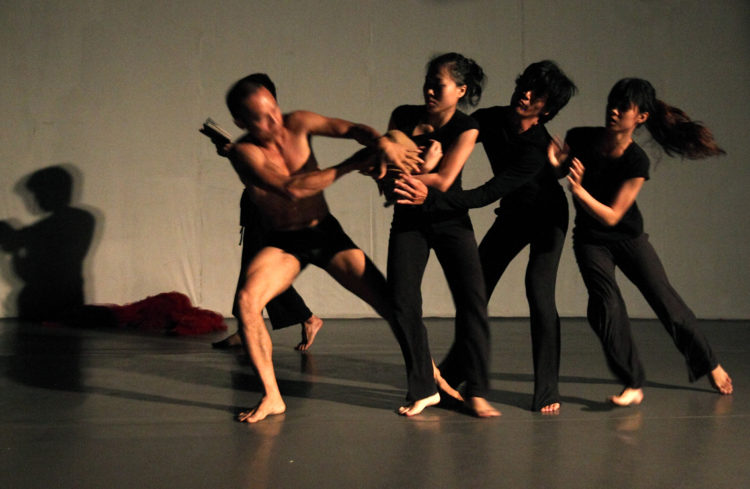 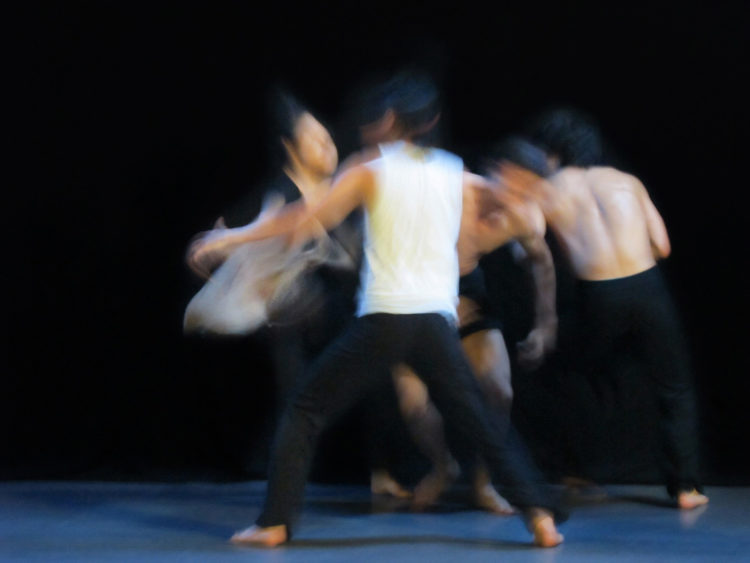 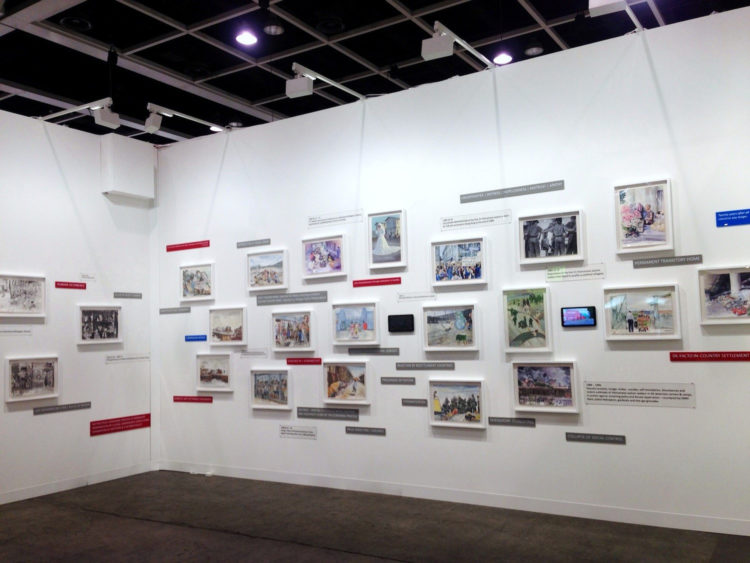 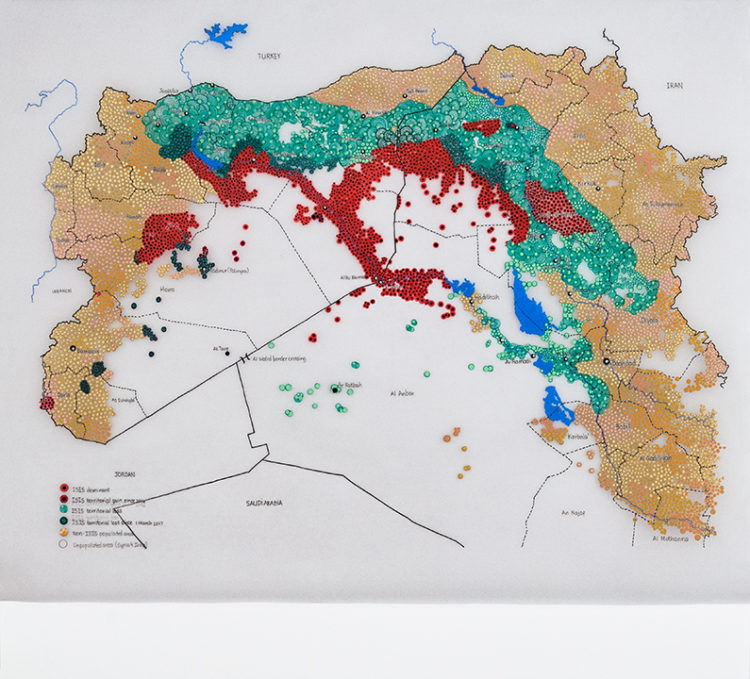 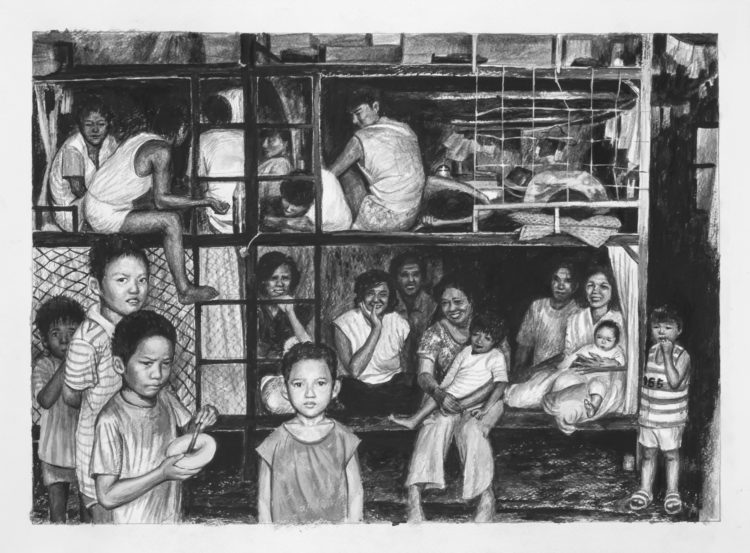 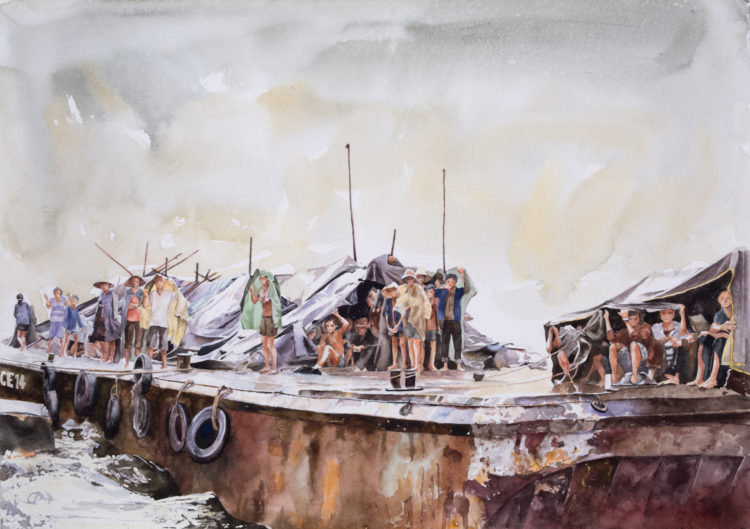 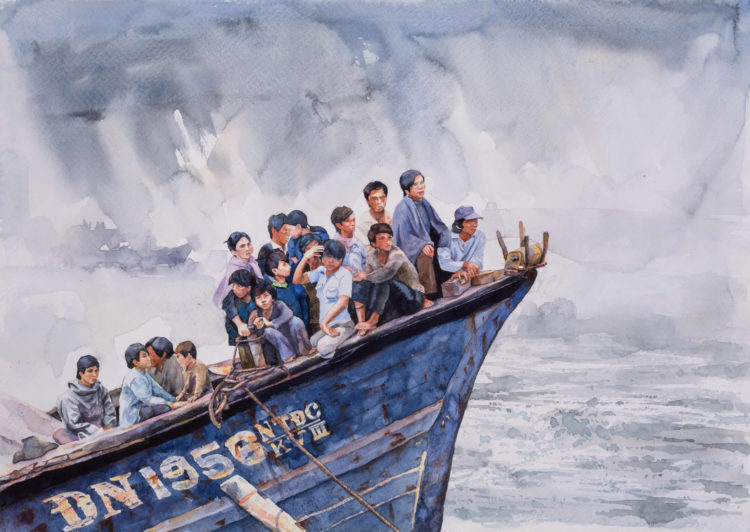