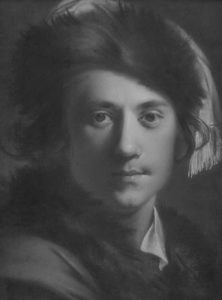 Véra Efimova Pestel trained in Munich under the Hungarian painter Simon Hollosy, among others, from 1909 to 1911. She later travelled across Germany, Italy and France. In 1912-1913, she studied under Le Fauconnier and Metzinger at La Palette in Paris. Around 1915-1916, her paintings bore similarities to Malevich’s alogism, with a profusion of geometrical planes and heterogeneous elements (numbers, letters, fragments of objects). They became increasingly abstract under the influence of Suprematism, and particularly remarkable for their keen sense of colour and subtle constructions. V. Pestel took part in the Last Futurist Exhibition of Paintings 0,10 in 1915 in Petrograd – where Malevich’s “suprematism of painting” was mentioned for the first time – and in the exhibition Magasin, organised by Tatlin in Moscow. However, she never became committed to radical, objectless abstraction, most often adding concrete elements to the surfaces of her paintings and excluding any stereometry: alongside fan shapes and quadrilaterals in tones of brown, black and grey, she added Cyrillic letters and pieces of musical instruments – legacies of European Cubism.

After the revolutions of 1917, V. Pestel became a member of the left-wing federation (that is, the avant-garde) of the Union of Moscow artists. Her production during this period could be qualified as “cubofuturist-suprematist”. From the 1920s to her death, she gave up non-figuration in favour of theatre design. In 1922, she showed 17 Playing Cards at the famous Van Diemen Gallery in Berlin. In 1925, she participated in the exhibition of the group L’Araignée at the Dewambez Gallery in Paris, which, although it was said to be devoted to “soviet cartoonists”, was in fact an exhibition of drawings. From 1922 to 1926, she joined the figurative, spiritualist-leaning group Makoviets, which proclaimed that “the revival of art is possible only in strict continuity with the great masters of the past and with unconditional resurrection in his living and eternal” (Chekrygin). 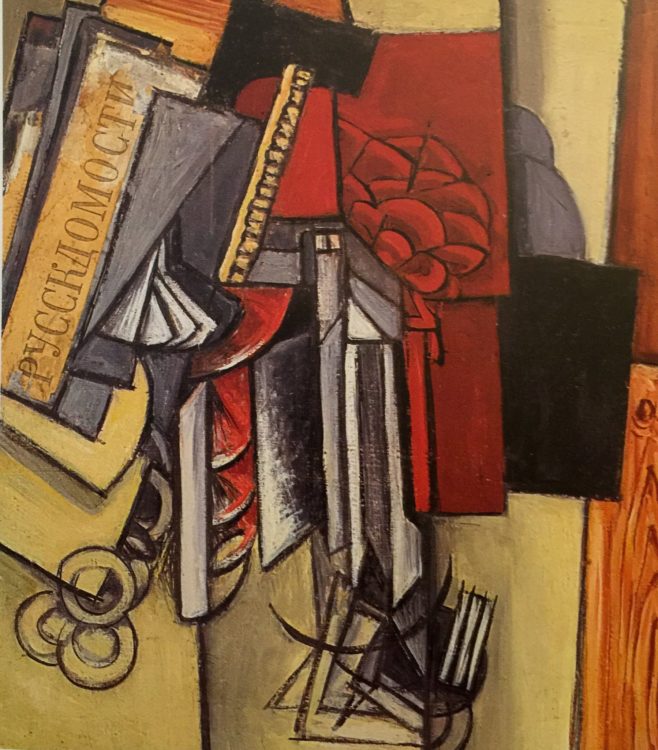 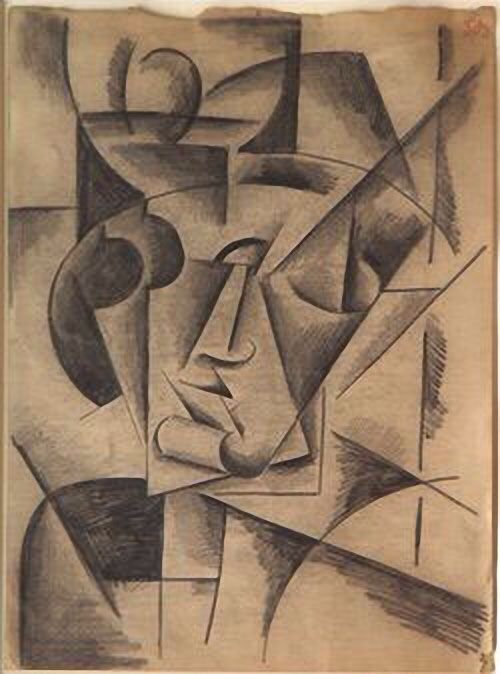 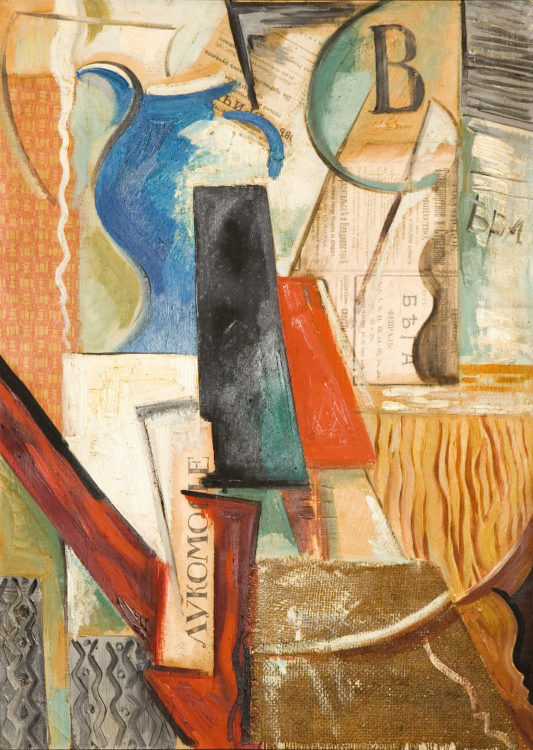 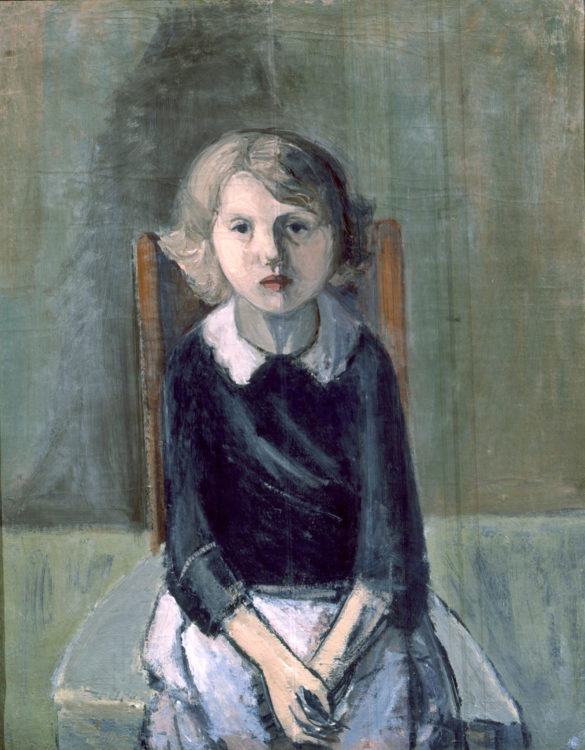 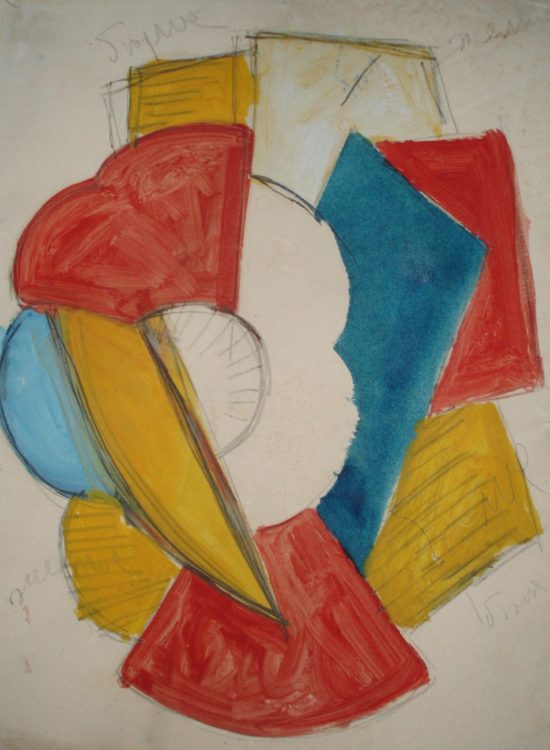 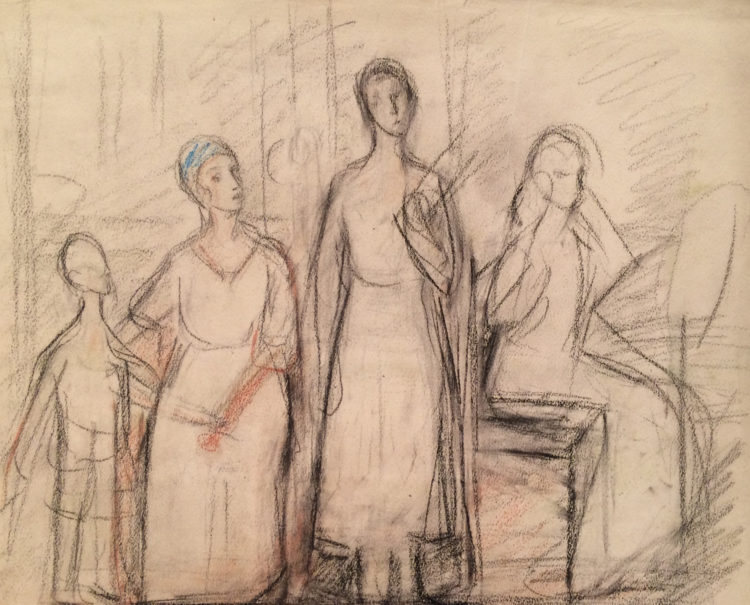 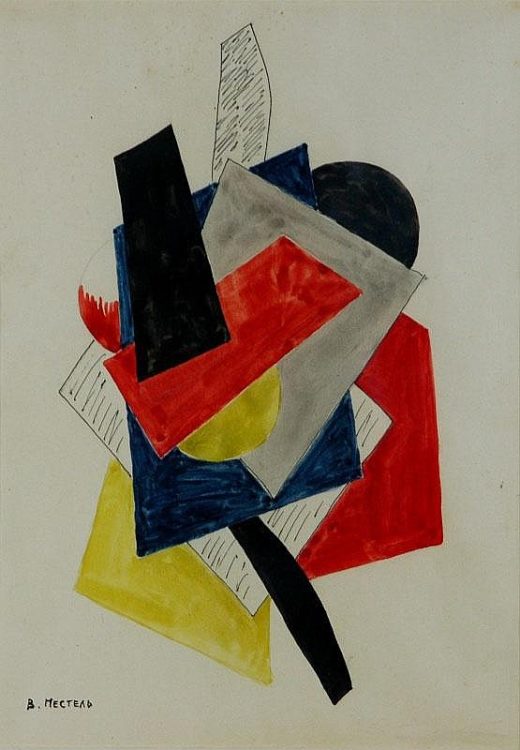 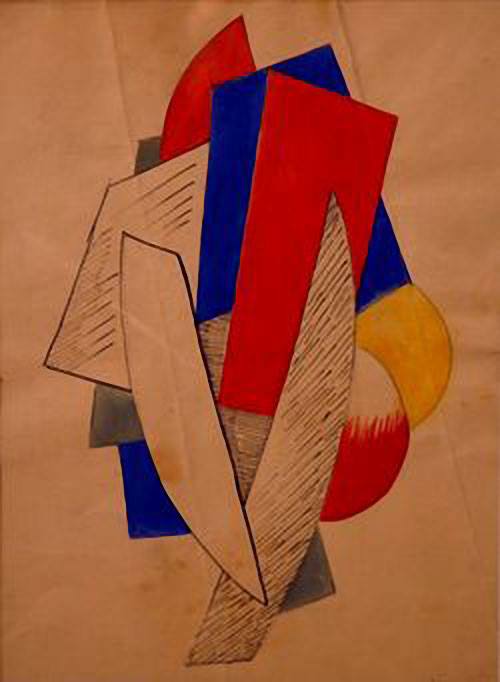