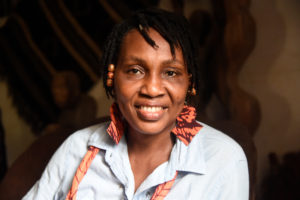 Though Veronica Otigbo-Ekpei works in a variety of media, she has distinguished herself as a prolific woodcarver. Although born in Ogun State, she spent most of her formative years in Lagos. V. Otigbo-Ekpei studied art at the College of Education, Ijanikin between 1983 and 1986. While studying, she served as an intern at the Universal Studios of Arts, Iganmu. It was there she further honed her skills in carving under the tutelage of Bisi Fakeye (1942-2017), a renowned sculptor with a rich lineage history in carving. She earned a BA and MA (Sculpture) from the University of Lagos in 2005 and 2008 respectively.
Her method of carving reveals her dexterity in the handling of various tools: V-gouge, rasp files, and power saws. She uses ebony, oak and mahogany, and other hardwood sourced from Lafenwa, in the city of Abeokuta in making sculptures that emphasise the place of women in public space. Oftentimes, she reflects on the lack of authority and vulnerability of market women hounded by local government officials as in the carving, Town Council Don Come (2001) – a direct response to some of the scenes she witnessed in Lagos. Orange Seller (2006) expresses the resilient spirit of the female hawker who sells her fruits in a busy, noisy market in Lagos whilst tending her children. V. Otigbo-Ekpei is perhaps the only female sculptor in Nigeria who carves in the round. From quite early in her career, she distinguished herself in making public sculptures in Lagos. For several years, a life-sized statue, The Lawyer (2004) was in front of the Faculty of Law at her alma mater. This work was unceremoniously replaced with another work by a male artist. This act captures the binaries revealed in her work – present/absent; strong/vulnerable, recognised/unrecognised and so on as so forth. Of the several artists commissioned to produce sculptures for the beautification project in Lagos State in 2017, V. Otigbo-Ekpei was the only female in the group. She produced an outdoor sculpture, Igunnuko [Masquerade, 2017] located in the Ilaje area of Lagos State.

V. Otigbo-Ekpei is a versatile artist with both formal and informal training, which have equipped her with skills that allow her to switch between traditional and contemporary modes of expression. Her recent exploration into making mosaics from buttons, attests to this flexibility. She has had five solo exhibitions in Lagos, including Dialogue Across Time, National Museum, Onikan in 1991; Wood’s Worth, Didi Museum, Victoria Island in 1993; Thoughts and Symbols, Alliance Française/French Cultural Centre, Ikoyi in 2002; Back in Time, National Museum Onikan in 2007; and Echoes From the Wood, TerraKulture, Victoria Island in 2013.
She has been part of several group shows in Nigeria and has an impressive record of commissioned sculptures for both private and public spaces. 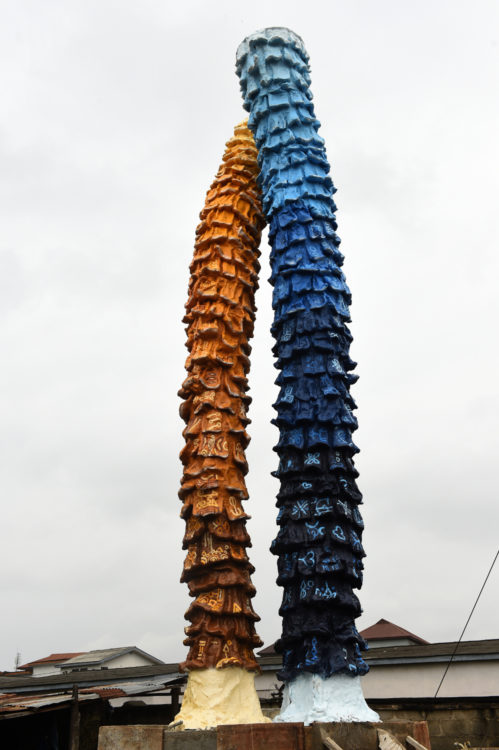 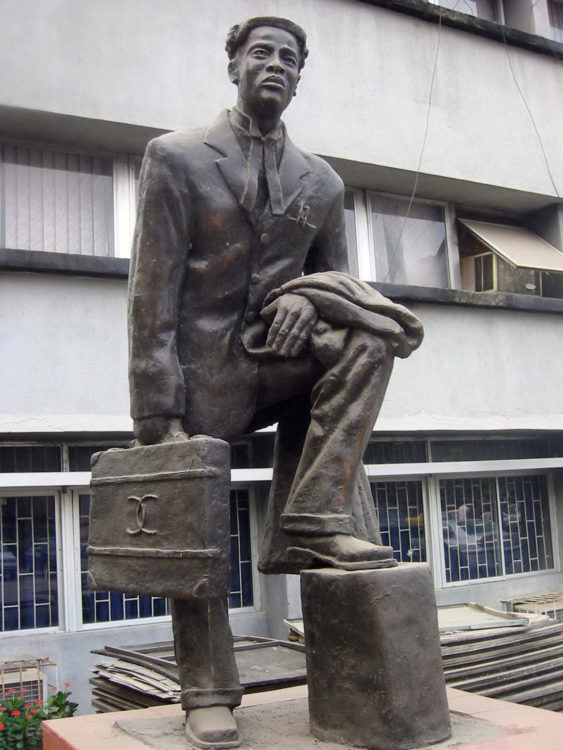 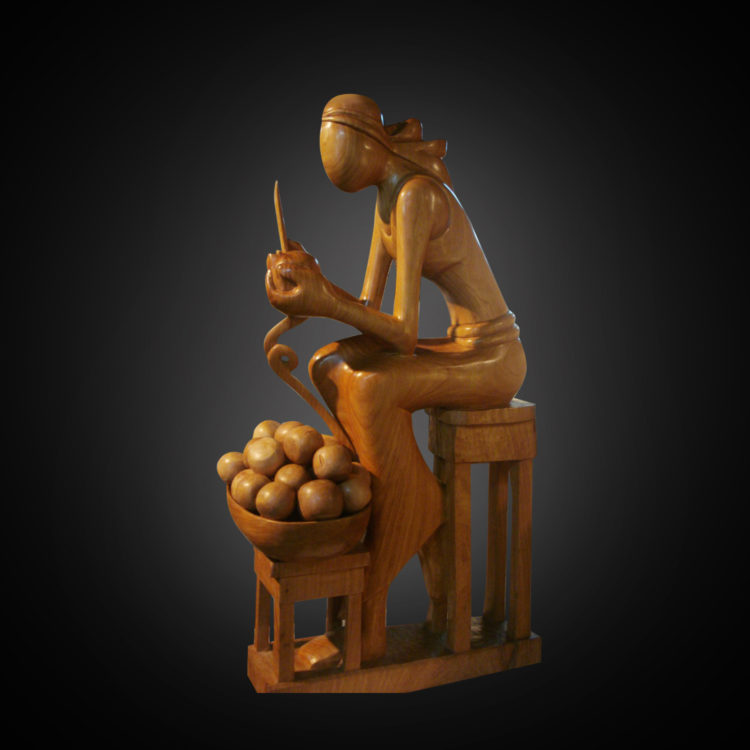 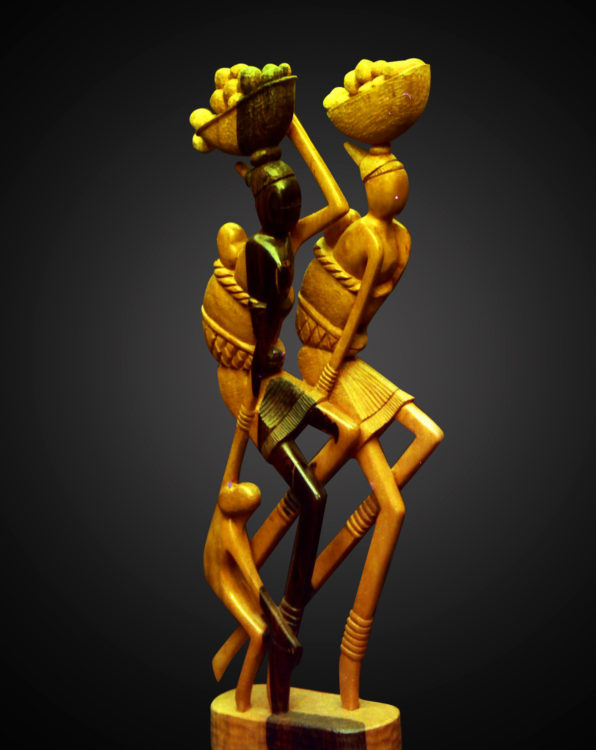 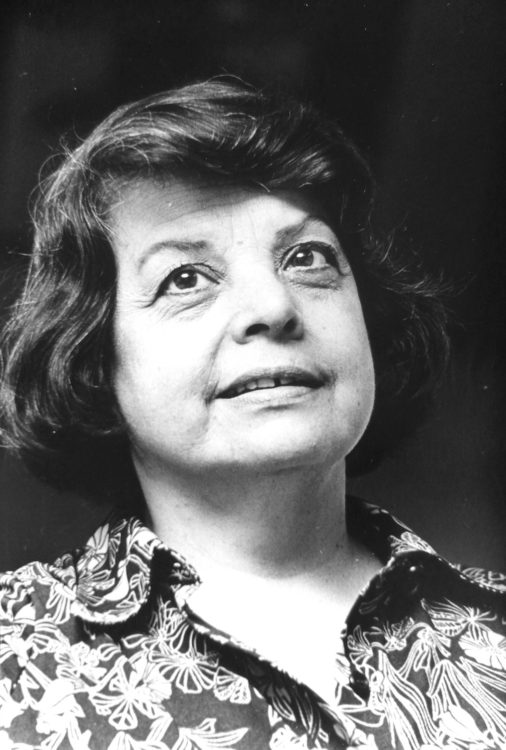