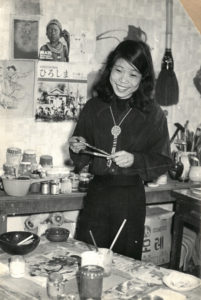 Wook-kyung Choi working in her studio, 1973, Courtesy the artist’s estate 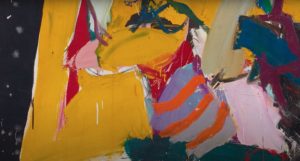 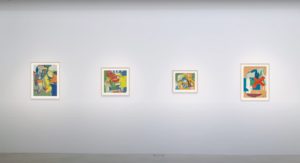 Among the many artists practising abstract painting in South Korea in the 1980s, Wook-Kyung Choi was one of very few pursuing an expressionistic art, her sui generis work playing a crucial role in ensuring diversity in abstraction in the country. Influenced by both Korean informal art and American Abstract Expressionism, her experiments led to dynamic spaces replete with rhythm amid the push-and-pull of powerful colours and gestures.

W.-K. Choi encountered Western modernism while still living in Korea, but she only saw the work of Jackson Pollock (1912-1956) first hand when she was a student in the United States. “He seemed to be showing something unlike the Renaissance perspective I had seen in paintings to date or the kinds of spaces shown in Cubism – it was like spaces beyond number”, she would recall.1 Here, she saw the potential for another world that transcended reality rather than merely representing it. Her art also shared a vein with Willem de Kooning’s (1904-1997) aggressive gestures and eruptions of latent consciousness: she would “dive in directly to present situations with no particular idea or plan, focusing on forms produced spontaneously and the things they presented”. In this context, it would be difficult to say that W.-K. Choi’s work from 1963 to 1971 was not deeply linked to Abstract Expressionism, even if she herself did not make explicit reference to such influences.

W.-K. Choi is also a figure of personal mythology, a tragic genius who died at the young age of forty-five. Born in Seoul, she dreamed of painting from her youth, having grown up in a family that often interacted with artists. She left Korea – where women struggled for recognition as professional artists – and went to study in the United States in the early 1960s. There, she was confronted with the reality of a white, male-centred art world as an Asian female artist. While it could be seen as W.-K. Choi’s self-portrait, the 1966 work La Femme fâchée is also a portrait of its times, a representation of all women living as “Asians” and “female artists” in androcentric societies and art worlds both Eastern and Western. W.-K. Choi also experimented with collage during this time, her works Peace (1968) and Who Is the Winner in This Bloody Battle? (1968) addressing late 1960s issues such as racism and anti-war protests. With these collages, she summoned “reality” back to abstract art, boldly presenting her own position on American social issues as an outsider. Returning to Korea in 1979 after fifteen years, W.-K. Choi kept a distance from the local art scene, then dominated by Dansaekhwa (monochrome painting) and other avant-garde movements. An outsider even at home, she continued working on her own until her death in 1985. W.-K. Choi was a true pioneer: born in an era when female artists had difficulty being recognized as simply “artists”, she was among the first to recognize the societal irrationality, prejudice, and oppression directed at women in a male-dominated society.
It is a situation that she sought to overcome through her pure passion for art. 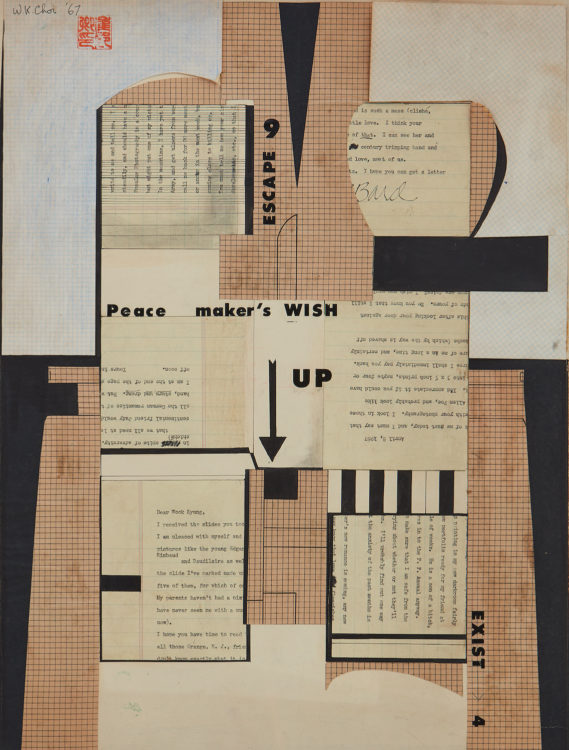 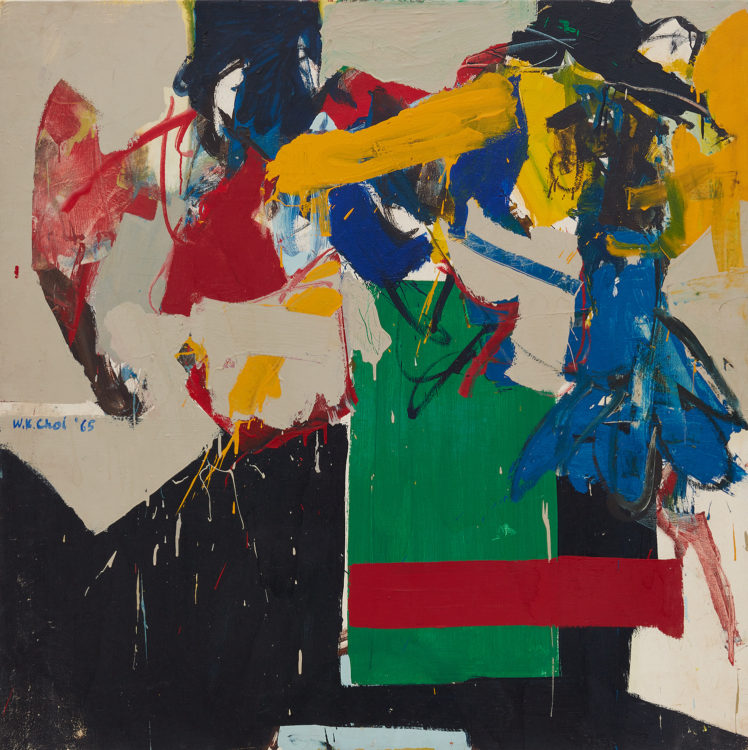 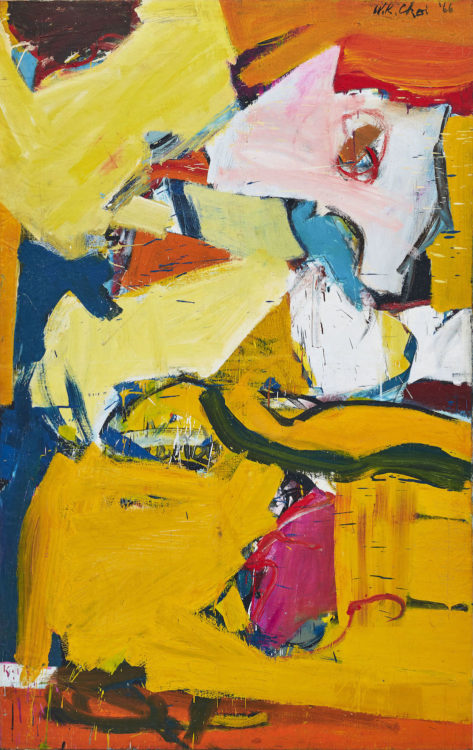 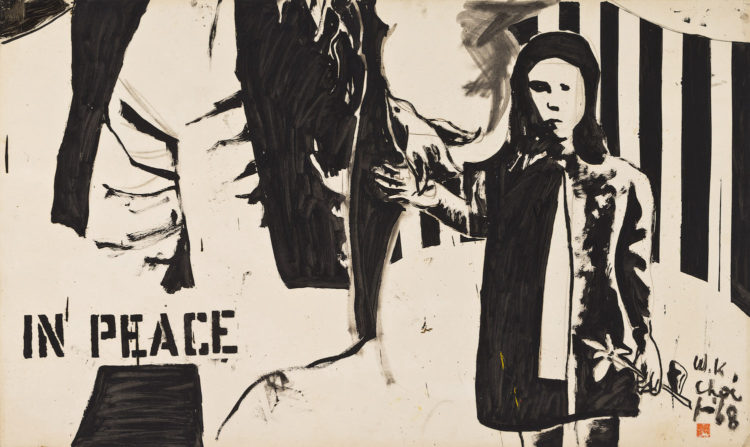 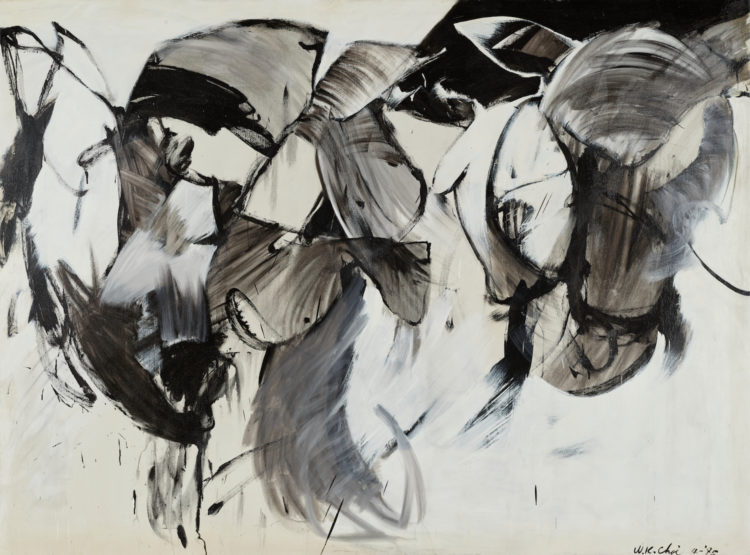 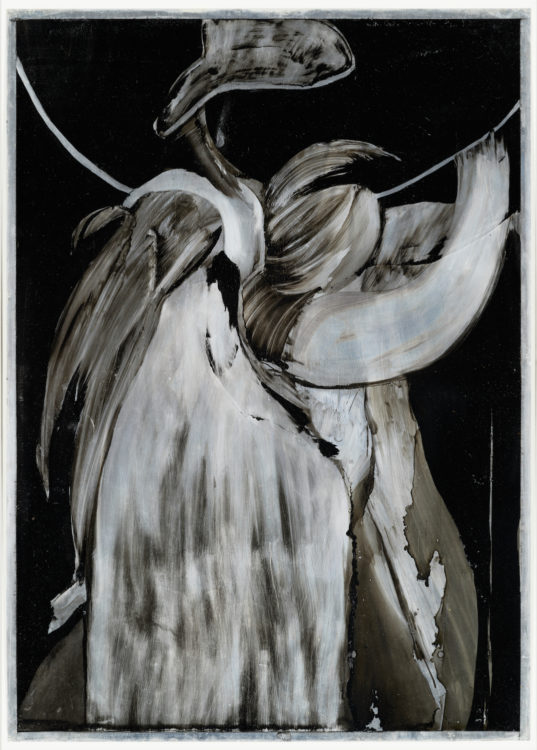 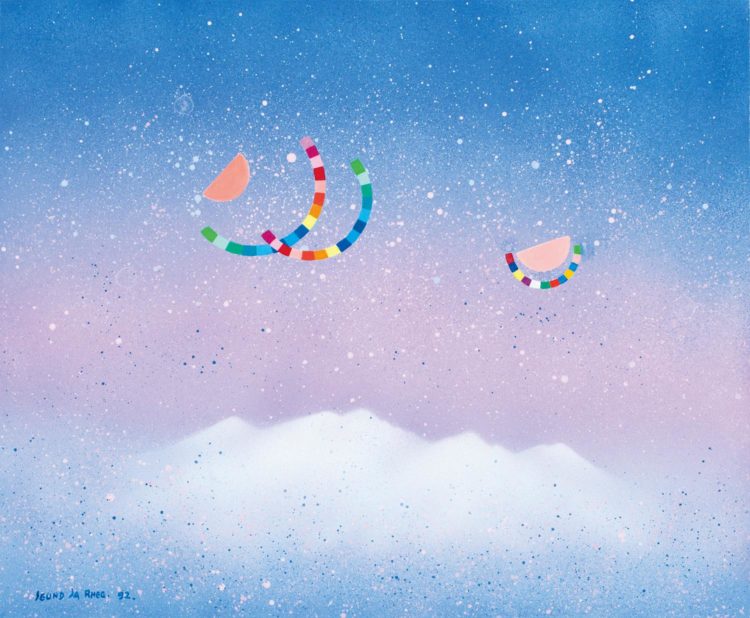 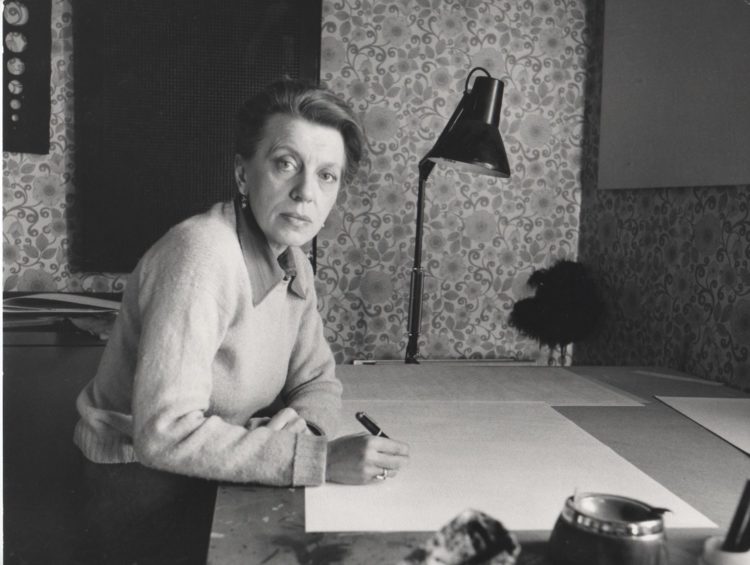