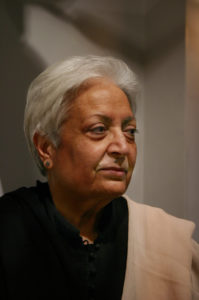 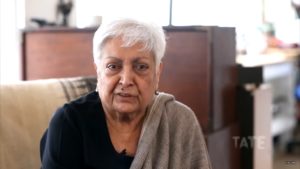 Zarina Hashmi : "My Work is About Writing" 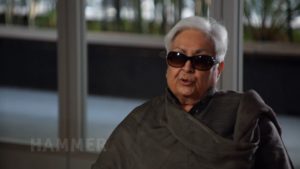 Zarina was raised in the cultural and intellectual milieu of the Aligarh Muslim University, a world that informed her aesthetic sensibility, encompassing her father’s history books and the strong feminine bonds of the zenana. She took up printmaking while married to an officer in the Indian foreign service, first woodblock carving in Bangkok, then learning experimental ink and intaglio techniques at Atelier 17, the cosmopolitan Paris studio run by Stanley William Hayter (1901-1988). Zarina is best known for her series of etchings and woodblock prints that express the estrangement of migration, geographical dislocation and exile, captured in works such as Travels with Rani (2008), a dotted diagram of all the towns and train stations she and her family had passed through, forming a mind map of an undivided subcontinent; or Dividing Line (2001), a black-and-white woodblock print with a thickly gouged iteration of the Radcliffe Line that created Pakistan from Hindustan, capturing its violence and divisive power in minimalist simplicity. Mapping and borderlines, particularly the aerial view, were important to her apprehension of the modern world, a new global order of unprecedented freedoms and deep divisions. She often quoted lines from the Palestinian “poet of exile” Mahmoud Darwish, or the progressive poetry of Adrienne Rich, finding affinity in their work and her own experiences.

Zarina experimented with papermaking techniques, testing the limits of the medium through lessons with expert craftsmen in India, moulding and piercing paper into sculptural and architectural forms that resembled packed earth, terracotta and stone (I Whispered to the Earth [1979], Wall II [1979], Fence [1980] and Pool I [1980]). The opportunity to leave Delhi for the United States in the 1970s brought personal and artistic freedom, but also many years of quiet struggle. After many years of itinerance, between training in Japan, family and friends in Indian and Pakistan, teaching in California, and an international artistic circle in New York, she was able to base herself in her Manhattan studio while continuing to exhibit regularly in South Asia. She allied with postcolonial feminist networks, co-curating an exhibition with the Cuban artist Ana Mendieta at the A.I.R. Gallery titled Dialectics of Isolation: An Exhibition of Third World Women Artists in the United States in 1980.

The retrospective exhibition Paper Like Skin travelled from the Hammer Museum in Los Angeles in 2012 to the Solomon R. Guggenheim Museum in New York and the Art Institute of Chicago in 2013. Zarina’s works on paper, in print and collage, and her sculptures, made from paper pulp or metal, found homes in prominent museum collections such as the Tate Modern in London, and the Metropolitan Museum, MoMA, Whitney and Guggenheim in New York. Her work is part of many private collections and recent exhibitions have been held at the Ishara Art Foundation in Dubai (2019) and the Kiran Nadar Museum in New Delhi (2020). 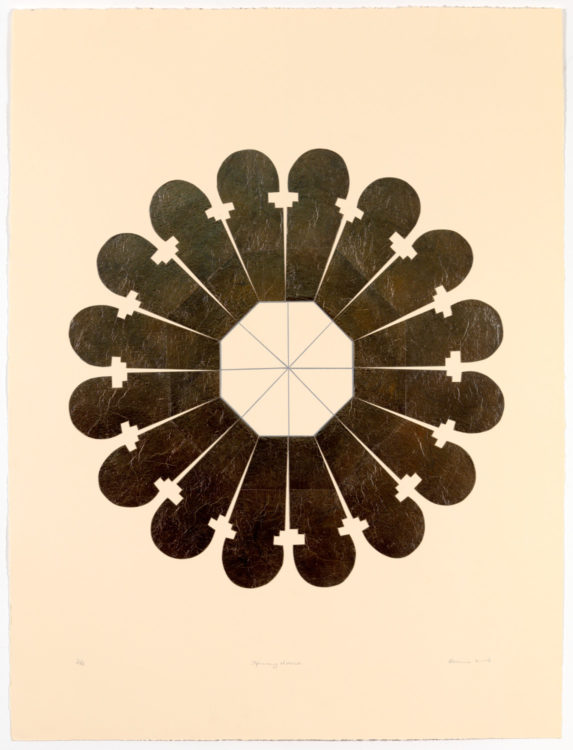 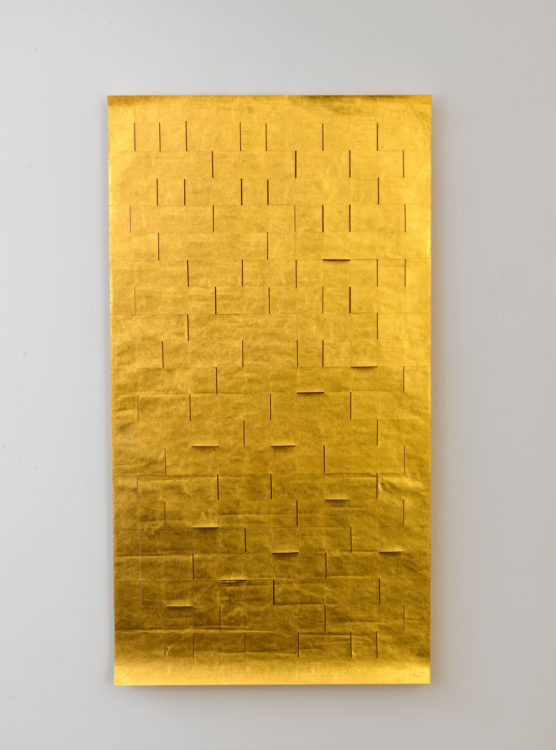 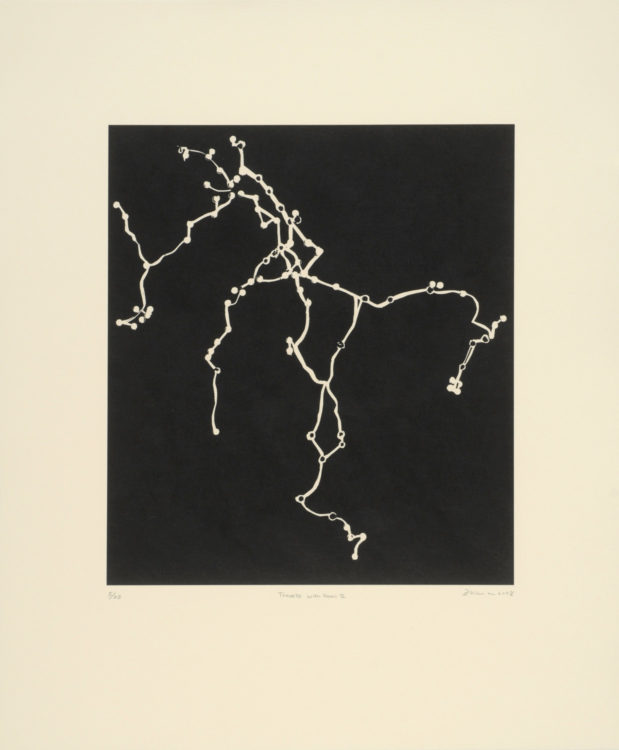 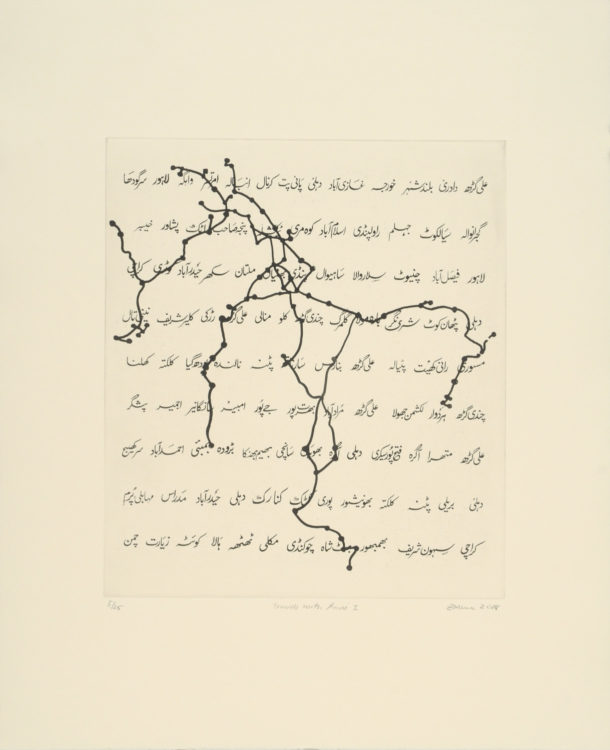 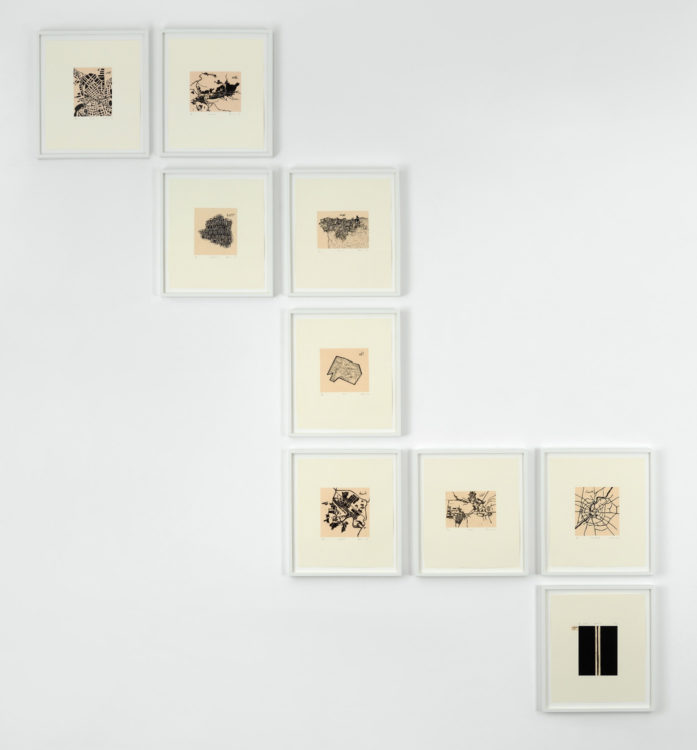 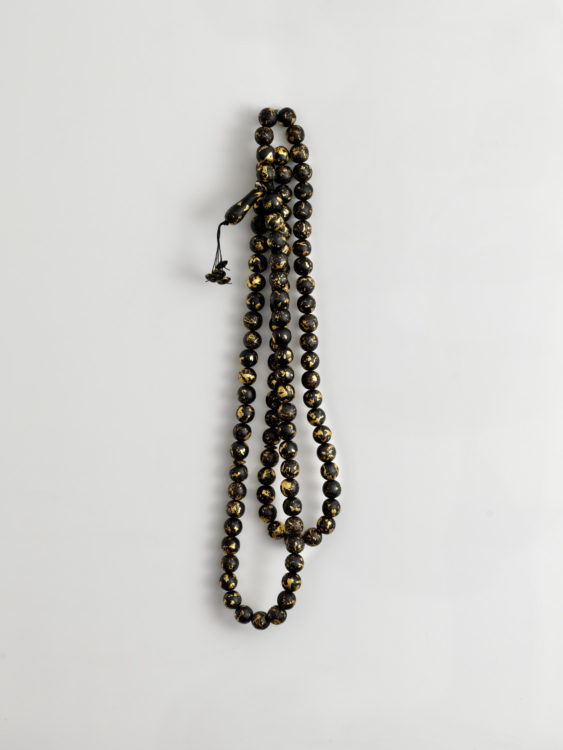 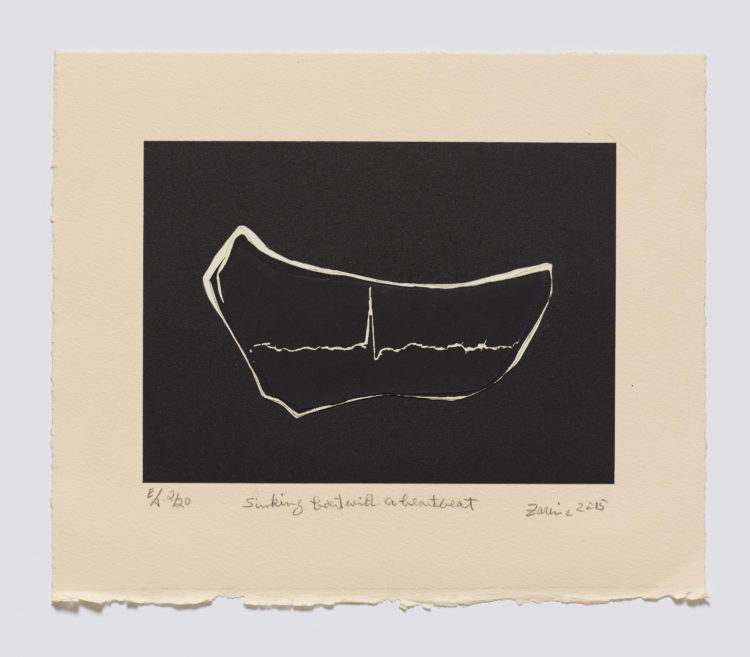 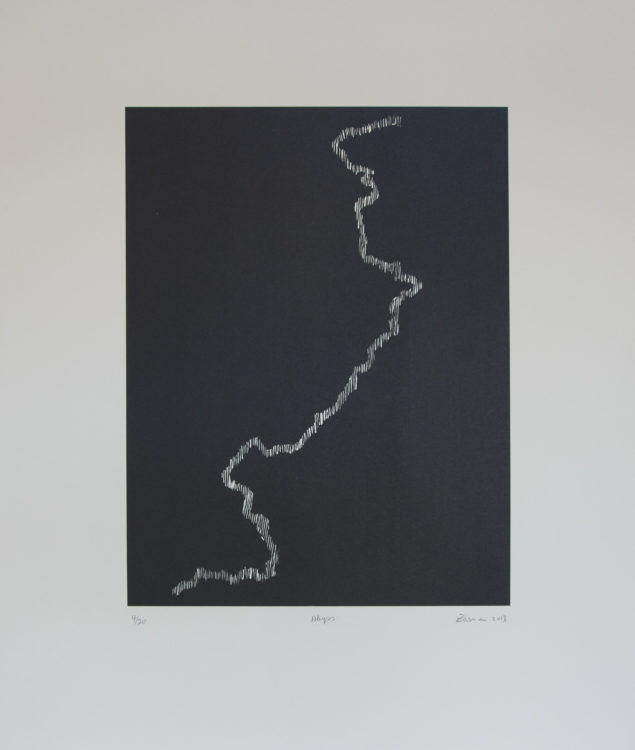 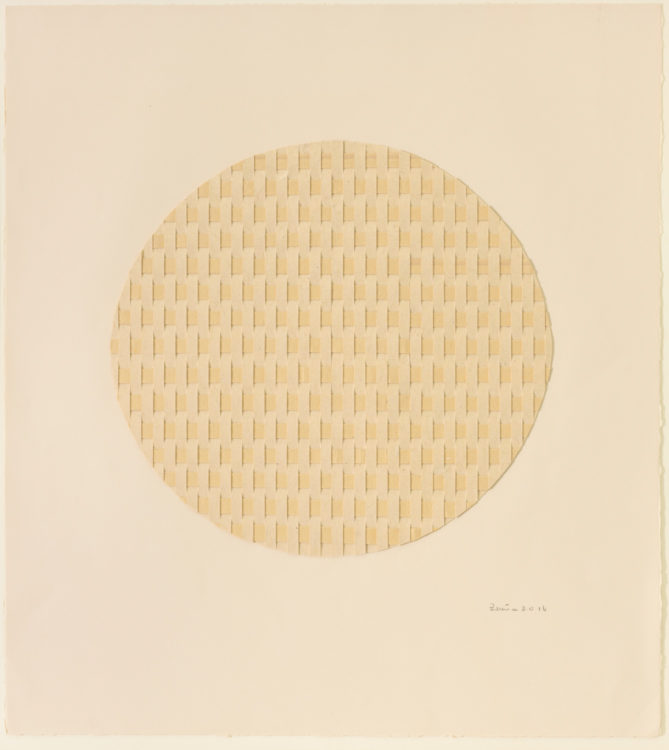 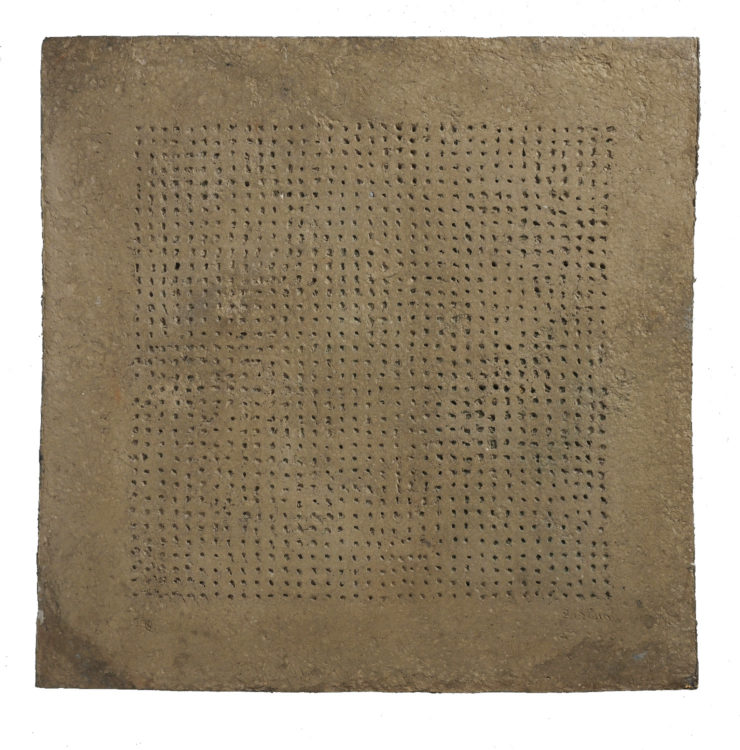 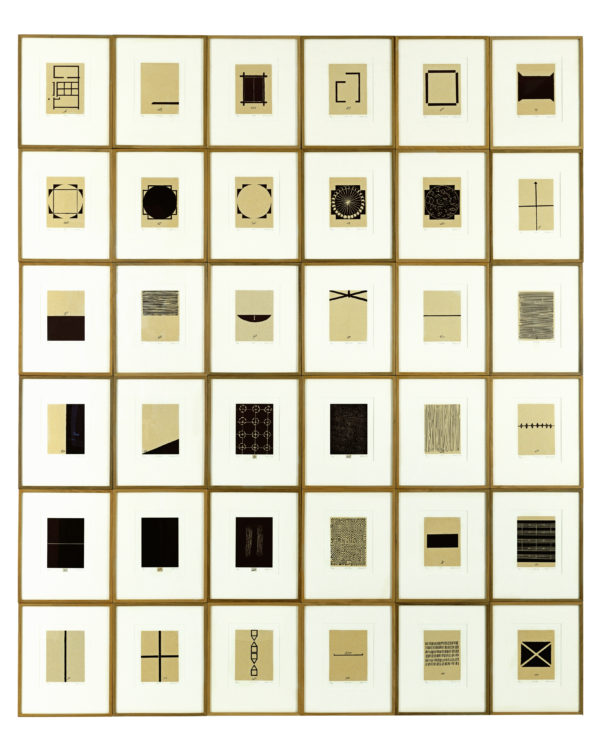 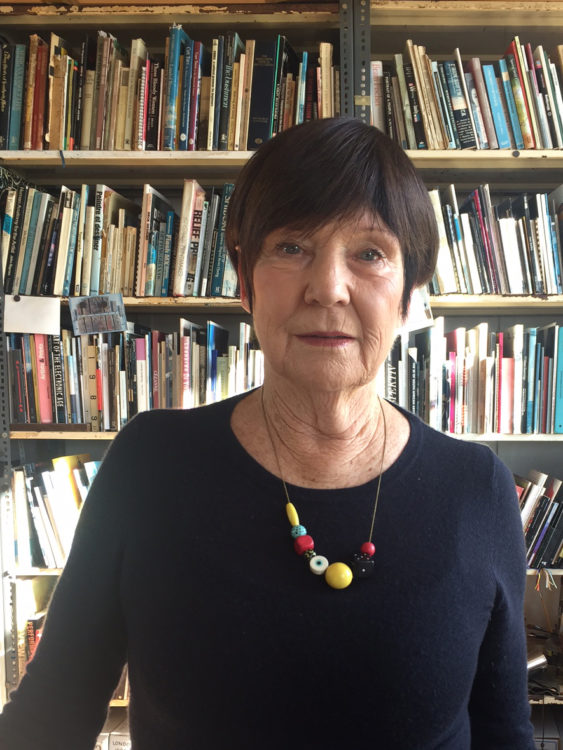