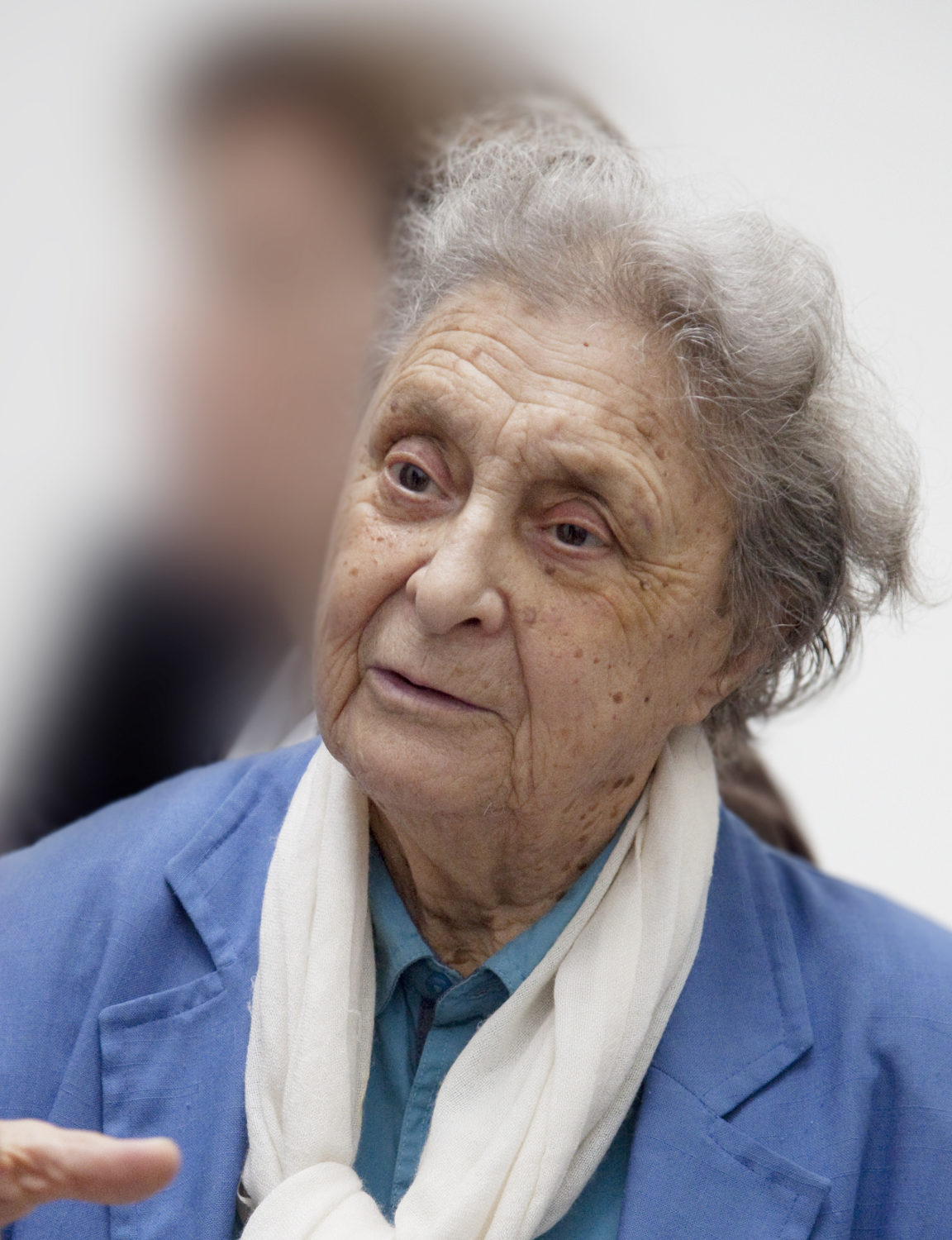 Since the 1950s, Judit Reigl has forged a remarkable artistic path that wanders between abstraction and figuration, and surrealism and method. Following a “blend of unpredictability and logical development”, in the words of critic Lawrence Alloway, her work, conceived in series, has successfully embraced major moments of contemporary art history – surrealism, action painting, representations of 9/11 – all the while remaining faithful to deep personal freedom and commitment.

Following studies at the Budapest Academy, Judit Reigl won a study grant to go to Rome, after which she returned to Hungary. After eight attempts and a journey across Europe made largely on foot, she finally succeeded in reaching France where she settled down definitively. “I left one bloc with the intention of not belonging to another. Neither exile, nor immigrant, nor integrated. Transnational”, she recounted in 1977. “I am free… free! […] Not blown up by mines, nor hit by bullets. The 30 km of Russian zone will therefore be a pleasant night-time walk. Going on foot to Paris…seeing the Ocean…. Knowing…. Painting in my own fashion”. Having arrived in Paris, she created a painting with an evocative title, Ils ont une soif insatiable de l’infini (1950, MNAM). 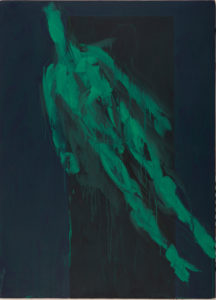 In 1954 she met André Breton through her fellow-Hungarian artist Simon Hantaï. The surrealist writer organised Reigl’s first exhibition at the gallery L’étoile scellée. However, intimations of her shift away from surrealism were already present in those paintings that featured dreamlike figures. In the setting of an exhausted École de Paris, automatic writing led her to the completely new development of abstraction. She would no longer paint the space of a painting but experiment through her gestural involvement with a work. Like Jackson Pollock before her, or her contemporary at the New York School, Helen Frankenthaler, Judit Reigl preferred ever larger canvases that she soon placed on the ground to work upon. Created using a brush, her fingers or instruments that she made herself, her paintings, on unprimed grounds, became the Éclatements (1955–58), Centres de dominance (1958-59) and then Écritures en masse (1959–65). The almost performative and physical act of painting encouraged in her the experience of time, of signs and of the notion of the palimpsest, as in her series Guano (1958–65) and Entrées-sorties (1986–88), made using scraps of old canvases left on the floor, which she reworked. 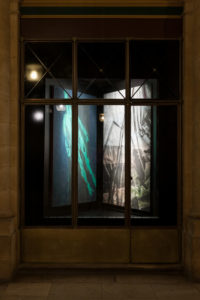 Beginning in 1966, the forms of a body became increasingly apparent in her abstractions. The human figure regularly reappeared in her work, on a par with abstraction. As she explained about her Déroulements (1973–85), even when abstract, painting is a displacement of the body, “a real, physical movement that occurs in space-time: I walk, alongside the canvas, touching and brushing against it”. In 2001, the events of 9/11 provided an echo to the way Reigl treated a recurrent motif in her work, that of the human body in the void, a weightless figure. She chose a facet of the event that was then infrequently seen in the universe of the media, despite it being saturated with images, that of the individuals who, on that fateful day, faced by the ultimate choice, elected to leap into the void from the towers of the World Trade Center. In the context of this historic event, Judit Reigl gave free fall, which had been prophetically present in her production for decades, a sense of tragedy, humanity and universality.