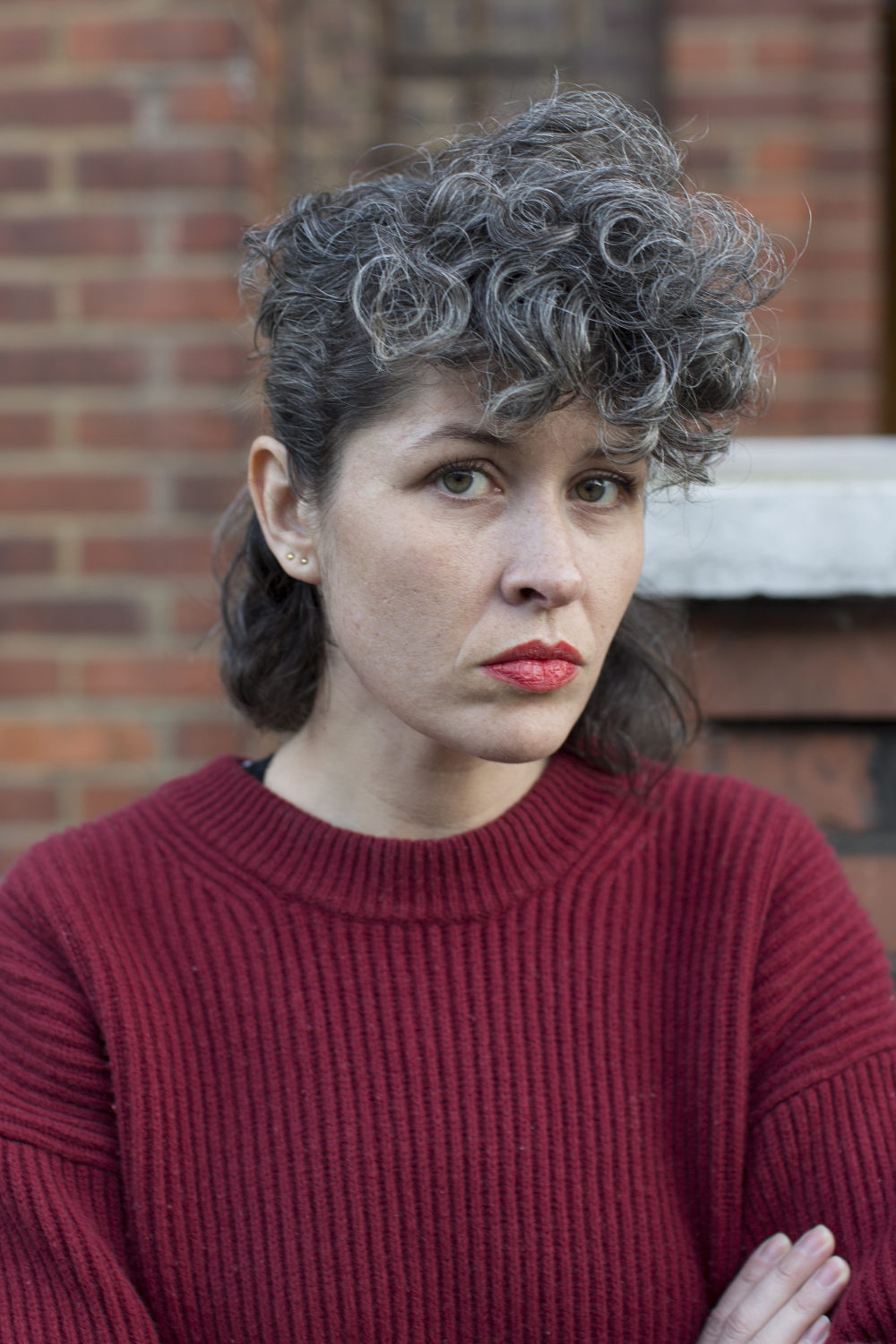 It is indeed À rebours that the work of Laëtitia Badaut Haussmann (1980) should be viewed. In the same way that the character of Jean des Esseintes catalogues his century in the novel by Joris-Karl Huysmans, Laëtitia Badaut Haussmann offers us – by borrowing from a title by Fassbinder, a quote from Godard, a form by Eileen Gray… – a fictional and scholarly immersion into a time that she herself describes as without chronology, where literature, design and cinema intersect.

Far from creating a body of work that simply takes or borrows from others, the artist has produced an œuvre with a broad narrative potential. It is above all this fictional aspect that, for ten years now, has inspired her photographic, film, sculptural and performative works.

Initially taking cinematographic and historiographic approaches, her evolving work has incorporated and been broadened by many forms that all demonstrate a desire to shake up how we understand the reality around us. 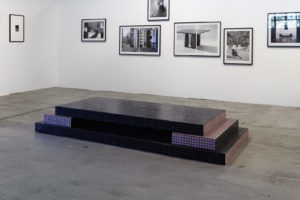 Freely mixing documentation and fiction, Laëtitia Badaut Haussmann operates like an archaeologist by employing the memory of a place as she did at the Centre d’art Emmetrop in Bourges, of a personal archive that belonged to her grandmother as a fictional starting point, or of a commission made to Charlotte Perriand by the Musée national d’art moderne, among others. This boundary between reality and fiction is a little further blurred with performative works that she develops in the urban space. These cinematographic deambulations, to use her own term, literally bowl over both the attentive spectator and surprised passer-by, in a setting where, as in a novel by J.G. Ballard, the city architecture becomes the backdrop of a futuristic film being written on the spot. 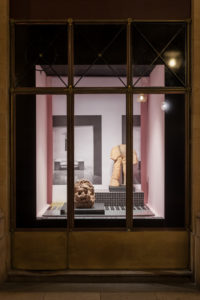 Within the context of the Prix AWARE, Laëtitia Badaut Haussmann is presenting two works representative of her current thinking: two sculptural forms from her Daybed series are placed in dialogue with a large print from the series Maisons Françaises, une collection begun in 2012. The image, which was initially to be used for advertising purposes, was stripped of its primary message, enlarged and reframed. With the disappearance of its commercial aspect, the image itself became an object of desire and projection. The modules covered with ceramic tiles decorated with geometric motifs and forms typical of modernity, of which fragments are presented here, play on a certain ambiguity. They alternate between being independent sculptures and surfaces that the public can occupy and use as they wish. These sculptural platforms thus conceal behind their initial neutrality a narrative and critical potential while generously offering themselves to the enjoyment of spectators.