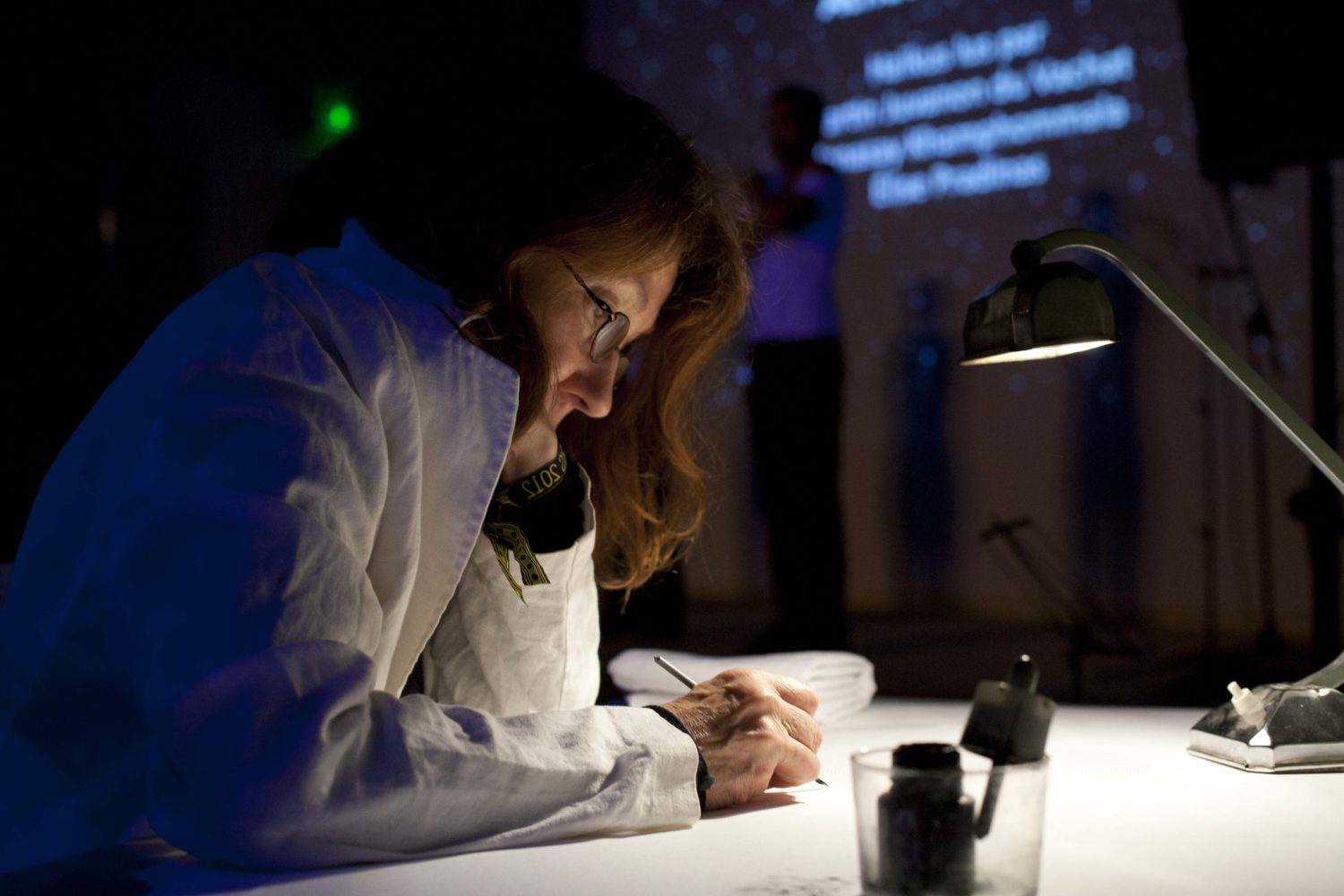 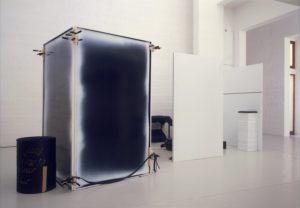 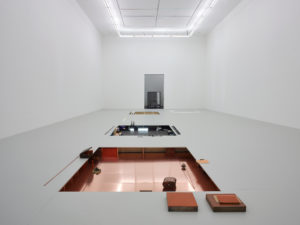 To an art critic who said to her one day that her work was the missing link between minimalist art and arte povera, Laura Lamiel replied with a negative. This was following her exhibition at the Musée de Grenoble (2011), where she had already started to include collections of objects in her installations. Twenty years later, the artist is still haunted by the memory of this difference of opinion, which she no longer refuses but still does not subscribe to. The evolution of her appreciation is a sign of her propensity to hold together contrasting ideas and to “work in hollows”. Thus does she often allude to what her work is not, that which she has built through neutralisation, substitution, overlap and permutation. 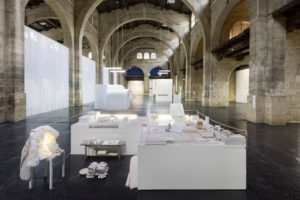 The unity of her work is also due to the place she has given, since the 1970s, to light, space, and a certain economy of means. When she showed her work at the Fundacio Joan Miró in Barcelona in 1982, abstraction and figurative narrative seemed to have exhausted painting: she showed then explorations on the space of the canvas, where she experimented as much with with the neutrality of monochrome shade ranges as with precision and repetition of forms. With “few tools and a maximum of expression”, as Jacques Leenhardt puts it, Laura Lamiel built her own formal language within painting.

At the beginning of the 1990s, she recentred her practice at the heart of her studio. All the while continuing to work in two dimensions, practising amongst other disciplines drawing and photography which she transferred onto enamel plates, she started to bring together objects. She organised them into collections, building a vocabulary in which she effects permutations. These exercises prefigure the moment in the mid-1990s where her works are arranged in space, when she presented her first ‘cells’, in which she integrated light and the little objects which she had learned to associate in her workshop. These cells, composed of two sections, are like corners; it was not until the end of the 2000s that she began to work with depth. Her floors, notably those which she cut open and emptied at the CRAC in Occitania in 2019, allow “the objects to reappear from underneath, as if the underneath were being fed by them”. 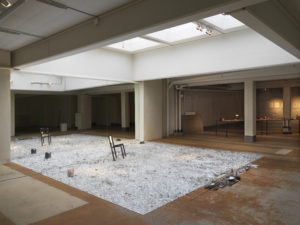 It was finally in the installation J’ai vu les buffles d’eau [I saw the water buffaloes], shown that same year at the Palais de Tokyo, that Laura Lamiel felt that she had reached the “maximum of the parameters of [her] work”: there we see the singularity of a vocabulary made up of objects, light, hollows, and a play on scale, bringing to the wandering gaze an experience of subtle exploration. The title of I saw the water buffaloes also places us on the path to new ramification within her practice. To say one has seen them is to say that one could one day not see them again. Incessantly circumventing the temptation of assertion, Laura Lamiel thus peripherally raises questions bordering on ecology, politics and the poetic. 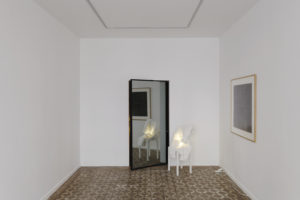 Laura Lamiel has always held herself apart from any conceptual practice, because the concept does not allow for the unexpected. In her work, “there are always little leaks. Otherwise, there is no adventure. If there is no adventure, I do not have the strength,” she says. This strength is what she needs to draw on for the tension she puts into her cells, guardians of absent lived experience or absurd lived experience, like in Qui parle ainsi se disant moi ? [Whose voice says this, saying it’s me?] (2013) shown at the Galerie de Noisy-le-Se, the title of which is taken from Samuel Beckett’s Stories for Nothing (1950). This strength is also necessary to hold together at the same the two poles of her work, which hangs between art as cosa mentale – as seen from her paintings to her monochrome white canvases -, and this vertigo of time really lived through as pointed out by Anne Tronche, made present by the insertion of used objects in her cells, her floors and her installations. For Ursule, a piece she is working on in autumn 2021 in front of the bay of her studio, small old shapes of cast iron shoes ballast a constructed space; they anchor it to the ground and evoke a sense of descent, while tiny plastic goggles lie lightly by them. By depositing these miniatures onto distinct masses, Laura Lamiel invites the gaze to make movements as if reading. What she brings about is the possibility of a sensitive bridge between the outside and the innermost self, where the vertigo of time can be tamed through meditation. 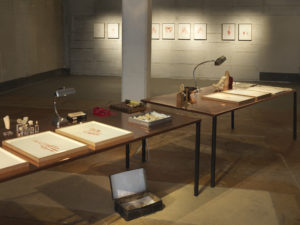 Camille Richert is an art historian. She is a graduate of the École Normale Supérieure de Lyon in contemporary history (2013) and holds a doctorate in contemporary art history from the Institut d'Etudes Politiques de Paris (2021). Her work falls within the camp of the social history of art. She carried out her doctoral research on the representations of work in contemporary art since 1968. An associate researcher at the CHSP and a lecturer at Sciences Po, she previously worked at Lafayette Anticipations (2014-2018) as head of publications. She was also in charge of the Sciences Po Prize for Contemporary Art (2017-2020).