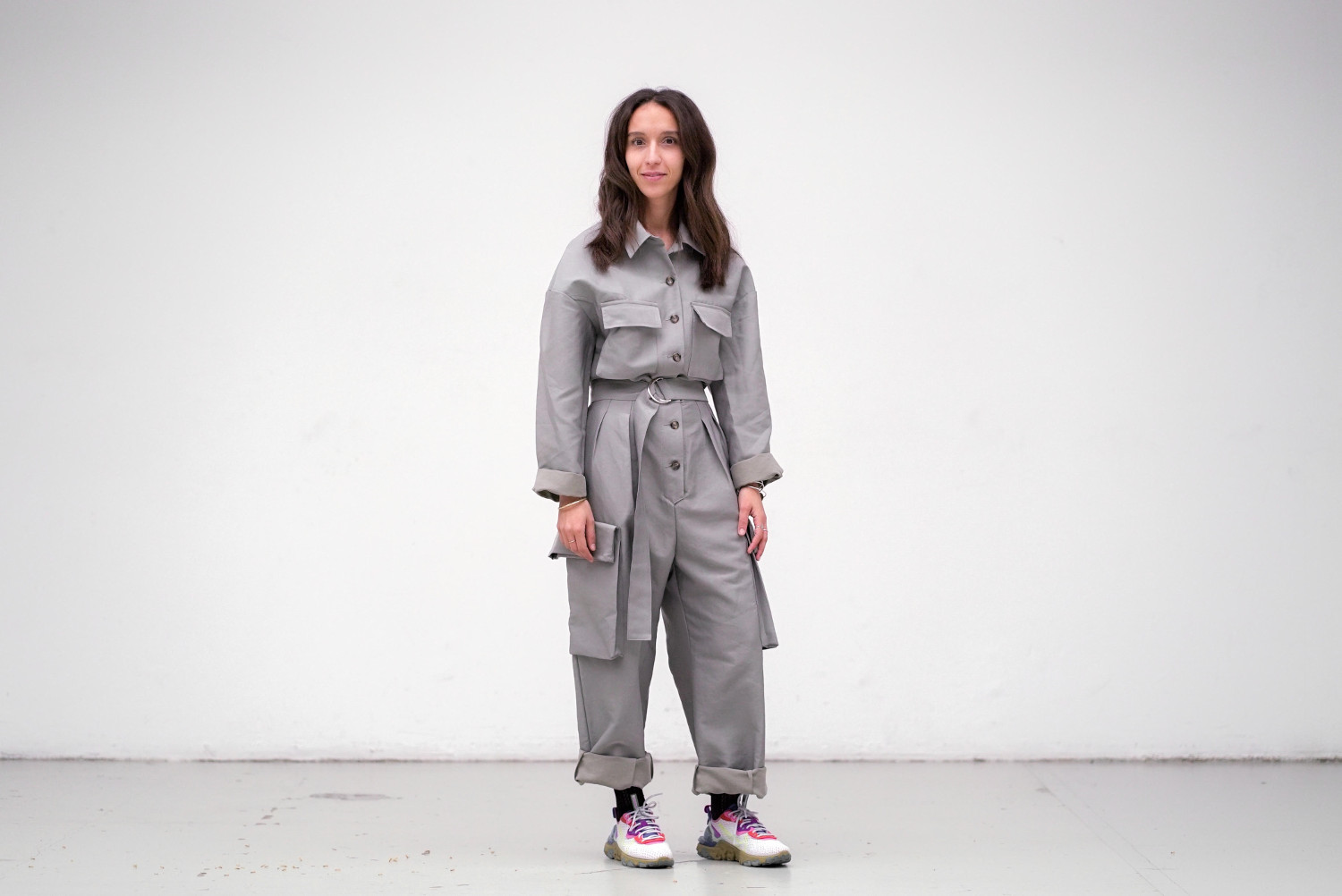 Sara Ouhaddou is a maker of complex objects. She says that she has created them for as long as she can remember – in the South of France where she was born, as well as in Meknes, Morocco, where her grandparents lived.

She made do with what she had on hand – scraps of fabric and wood from tailors and carpenters on the street near her family home, belongings of those close to her – to create elaborate toys. Later she studied design in France but more importantly returned to Morocco as often as possible to conduct research with her aunts who were all craftswomen. Each one had their own specialty: weaving, sewing, embroidering, cooking. Her very first artistic collaboration, according to the artist, was with her family. 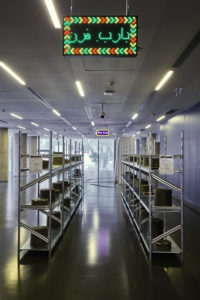 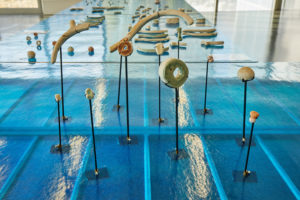 From this relationship arose a production and discourse on forms, their return and their power as well as their history in all of its political and economic dimensions. Her working methods thus almost always include a third party, a professional craftsperson. It is a collaborative work carried out in the working space of the artisan. The works produced are tapestries, ceramics, jewellery, stained-glass, new alphabets, as well as artefacts that mimic the vestiges found in museums. These works as almost always shared in the form of installation and are the fruit of months of work. This long period of time is an important factor in the process of S. Ouhaddou. She describes observing an event, most often in her own family, documenting it, “classifying” it. Then, much later, while observing an artisan, a form or something reminds her of this event. When these two instants merge, the work begins and is derived from a succession of visual and sensitive experiences. S. Ouhaddou then works on all possible content in the situation: the objects travel and transform, and with the artisans she develops a series of inexpensive articles that are easy to sell outside of the artistic collaboration that united them. The revenue from these sales goes directly to the artisans. As the artist explains, it is always about sharing the perception of their work; the frustrations; the devaluation of an exploited production and on what these increasingly exploitable producers experience; and the contempt of a creation perceived as subject to tourism. 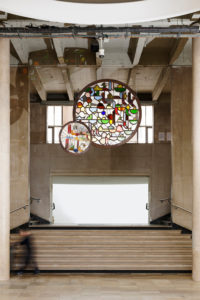 The intuitions that craft the work of S. Ouhaddou have a historical foundation. While I was writing this text and talking with the artist about the exhibition Jeux de mémoires.  Ahmed Bouanani aujourd’hui, the curator Omar Berrada published a quote and a homage to late artist, author and curator Marion von Osten.1 She explained that Moroccan handicraft production has played a major role in an already global economy for centuries. It has never corresponded to the repetitive aesthetic canon that the history of French art wanted to identify thereafter. Craft was one of the first fields in which the French protectorate of Morocco intervened. New products were introduced, commercial relations were modified. Essentially, the classification and perception of the objects produced were disrupted. The interventions by French officials transformed these goods – simultaneously every day and inscribed in global economic circuits – into traditional objects: the “cultural production” of a pre-modern local economy, a patrimony to preserve. Double destruction: on the one hand, a local economy was devalued while supposedly being protected; on the other, the new status of decorative accessory was imposed on the artifacts as opposed to the true object, a unique object of value, the consumer good resulting from industrialisation.2 These words echoed the reflections we shared, and with such accuracy.

S. Ouhaddou’s work is inspired by spiritual practices, intuitive imaginations and research on the profound issues of “tradition”. It is a work on the continuities of creation on a global scale; in 2017, the artist produced a piece for the city of New York, a public commission dedicated to the history of the Little Syria neighbourhood. Today she is concerned with “object histories” between Japan and Morocco.

Sara Ouhaddou (born 1986 in Draguignan, France) mainly realises installations in collaboration with craftsmen and women. The double culture of Sara Ouhaddou, born in France to a Moroccan family, shapes her artistic practice as a continuous language. She studied at the Ecole Olivier de Serres in Paris. She questions the transformation of her heritage while confronting traditional Moroccan arts with the codes of contemporary art in order to highlight and put the forgotten cultural continuities of creation into perspective.

Eva Barois De Caevel is a curator, art critic, publisher and professor of art history. She regularly participates in conferences and international seminars. Her areas of research are feminism, postcolonial studies, the body and sexuality, the critic of Western-centric art history, as well as the renewal of writing and critical speech. She addresses these topics “always keeping in mind the relationships of power between continents, countries, people”, and works to influence them "as soon as a small grip of power begins”. She has recently spent her time between the African continent (particularly in Dakar where she has long collaborated with RAW Material Company, a centre for art, knowledge and society) and Europe (Paris in particular). Today she lives in Pantin, Seine-Saint-Denis. 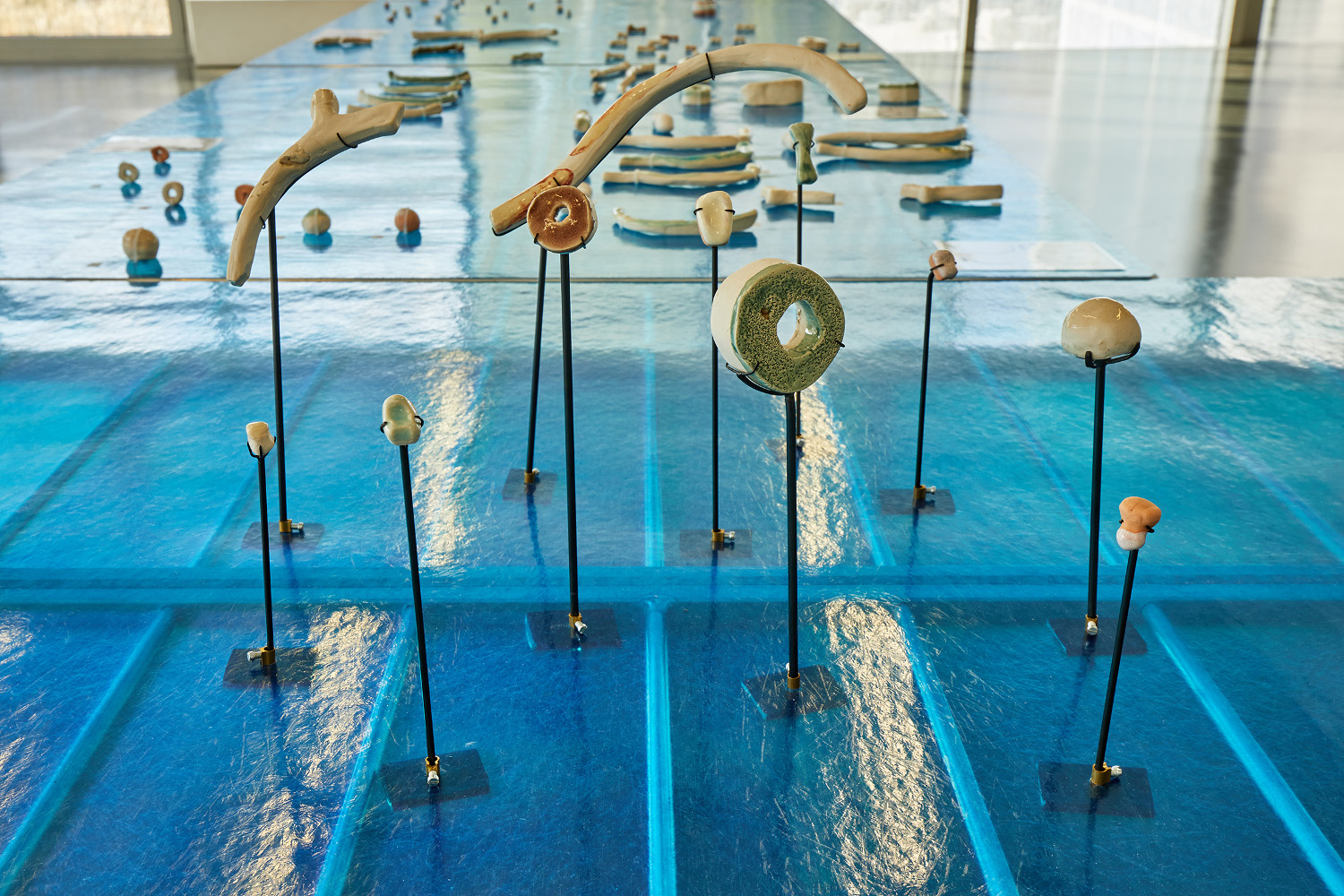