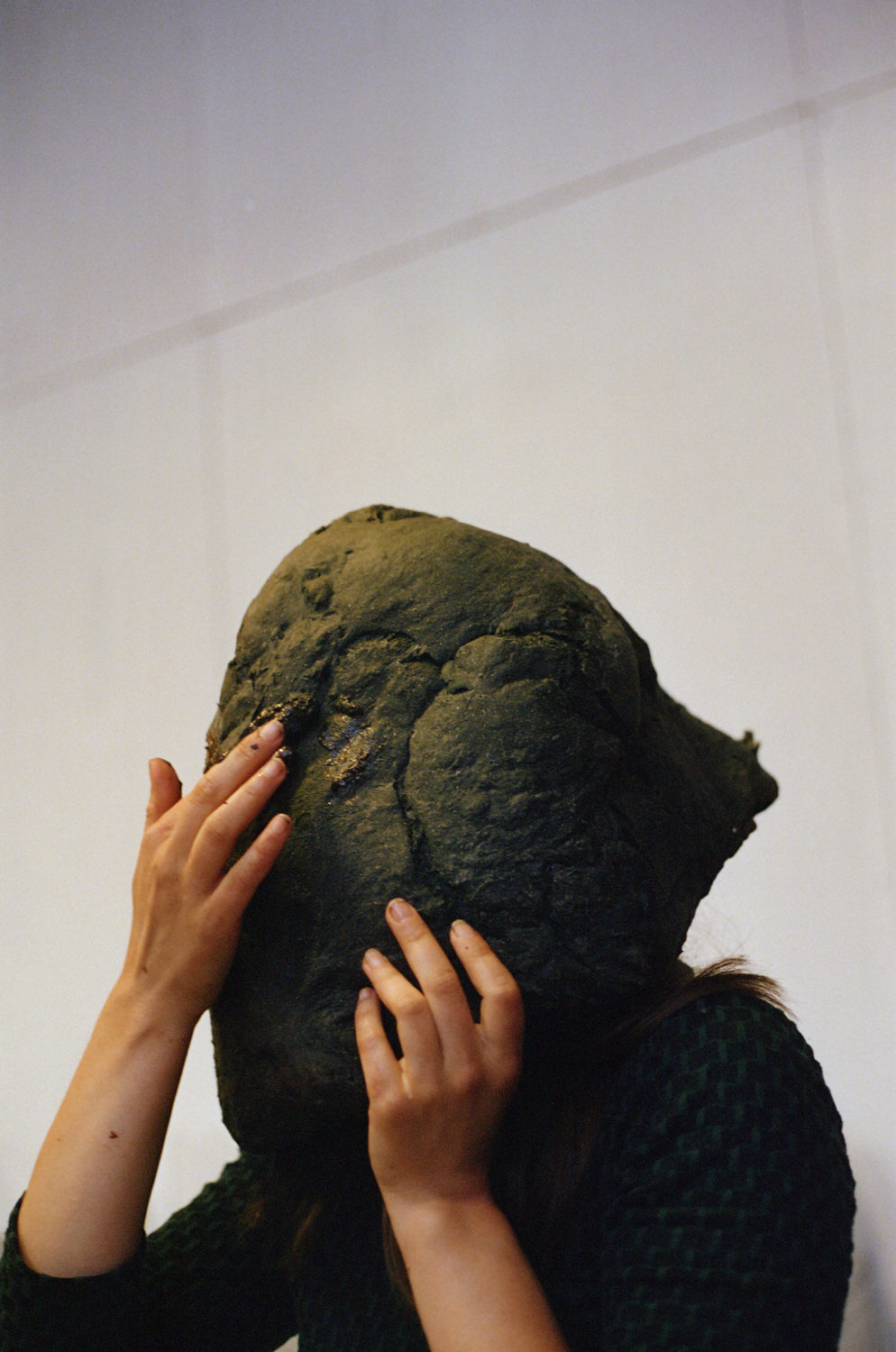 Material expresses a physical and mental experience. Modern and vernacular architecture, concrete, raw earth, a relationship to graphics, space, extended lines and other volumes – it is all there. Melancholy brings to mind and crystallises landscapes and ruins, much like a picture does. This is a time of immediacy for territories. In Tiphaine Calmettes’s mind, earthen houses link together fragments, impacts and violence. 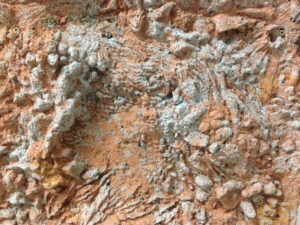 Her earlier pieces touched on subjects of light, mental space, orthonormality, deconstruction, and the ambivalence of time, as seen with her concrete bas-relief wall Sans titre (2013). She envisioned spaces in regards to their depiction and dimension. Atmosphere seemed suspended in parallel space-times.

The creative process is an object of conversation with the history of craftsmanship and of its reactivation in the current context. The creative act and movement of the body go hand in hand with a choreography of speculative gestures, which question memories and thoughts and take the outcome of the artwork by surprise. The warmth of the hearth is part of the unifying elements – physicality is always a recurring aspect – and whatever crackles in a ceramic pot is bound to unite us.

Non-formal, reversible and ephemeral techniques constitute the grounds for the animation of life forms through performative actions. The artist explores and (re)invents new formats by using older methods or long-forgotten stories. By revisiting craftsmanship, she becomes part of new fictions.

Japanese playgrounds are recurring motifs, markers of her thoughts and transmissions. Their function and properties align with sacred geometry, a symbol of the universe’s energetic sources. The way the space is designed, its atmosphere and the care with which these are achieved involve knowledge in the fields of geobiology, geology and geodesy – the study of the earth.

The metaphysical research of Tiphaine Calmettes documents as many speculative narrations, particularly the relationship we have with our environment. Her practice is characterised by spatial hypotheses, which are part of an experience of the tangible world. 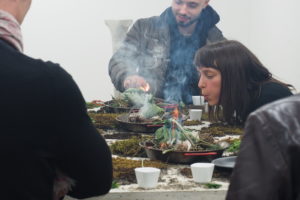 Her gustatory readings on food take place during her public performances. The ephemeral sharing of a meal holds the promise of uncommon gestures and fine foods. Savouring a meal becomes a dynamic of the senses, as we ingest a few chocolate shavings scraped off the surface of a table, or a beetroot pasty. There is both an insufficiency of flavour and an abundance of it. Created in collaboration with Céline Pelcé and Paris Art Lab in June 2019, En grattant la terre j’ai trouvé mon empreinte (I scratched the earth and found my imprint) questions our modes of consumption.

Tiphaine Calmettes’s works are rooted in the deep political belief that we can all act together and revisit sharing in the form of hospitality. Commensality, through flavours and encounters, and devoid of hierarchy or protocol, reminds us that we are not alone. 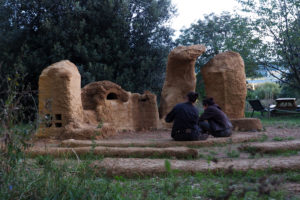 The artist explores the notion of structure, of the soul of a place inhabited by a fetish, and in doing so, expresses a thought, a formal invention, its plasticity. In the garden of the landscaper and writer Gilles Clément, she created an earthen agora equipped with a ceramic kiln, where researchers were invited to share their knowledge.

From September to October 2019, in the context of a teaching workshop1, the artist created the piece La terre embrasse le sol (The earth kisses the ground])– we, also, inhabited it.

By presenting such a utopian vision, Tiphaine Calmettes seeks to develop her research process on a larger scale and to redefine the ways in which we socialise within shared spaces.

Tiphaine Calmettes (b. 1988, Ivry-sur-Seine, France) lives and works in Paris. Her evolutive sculptures and installations generate new modes of coexistence between apparently disparate elements. Using concrete, soil, moss, and lichen, as well as prints of plants, animals, and body parts, her works activate narratives that inform the way we relate to the world. They have been shown at La Panacée MOCO (Montpellier, France); Zoo galerie (Nantes, France); CAC La Traverse (Alfortville, France); Kunstwerk Carlshütte (Büdelsdorf, Germany); ENS Lyon, at the 2019 Lyon Biennale. In 2020, she will have exhibitions at the Centre Céramique Contemporaine La Borne (Henrichemont, France) and at the Centre International d’Art et du Paysage (Vassivière, France). She will also be one of the artists in residence at Les Laboratoires d’Aubervilliers.

1
During this workshop, volunteers learnt the basics of cob building under the supervision of Samuel Dugelay, a builder and teacher specialised in raw soil construction.