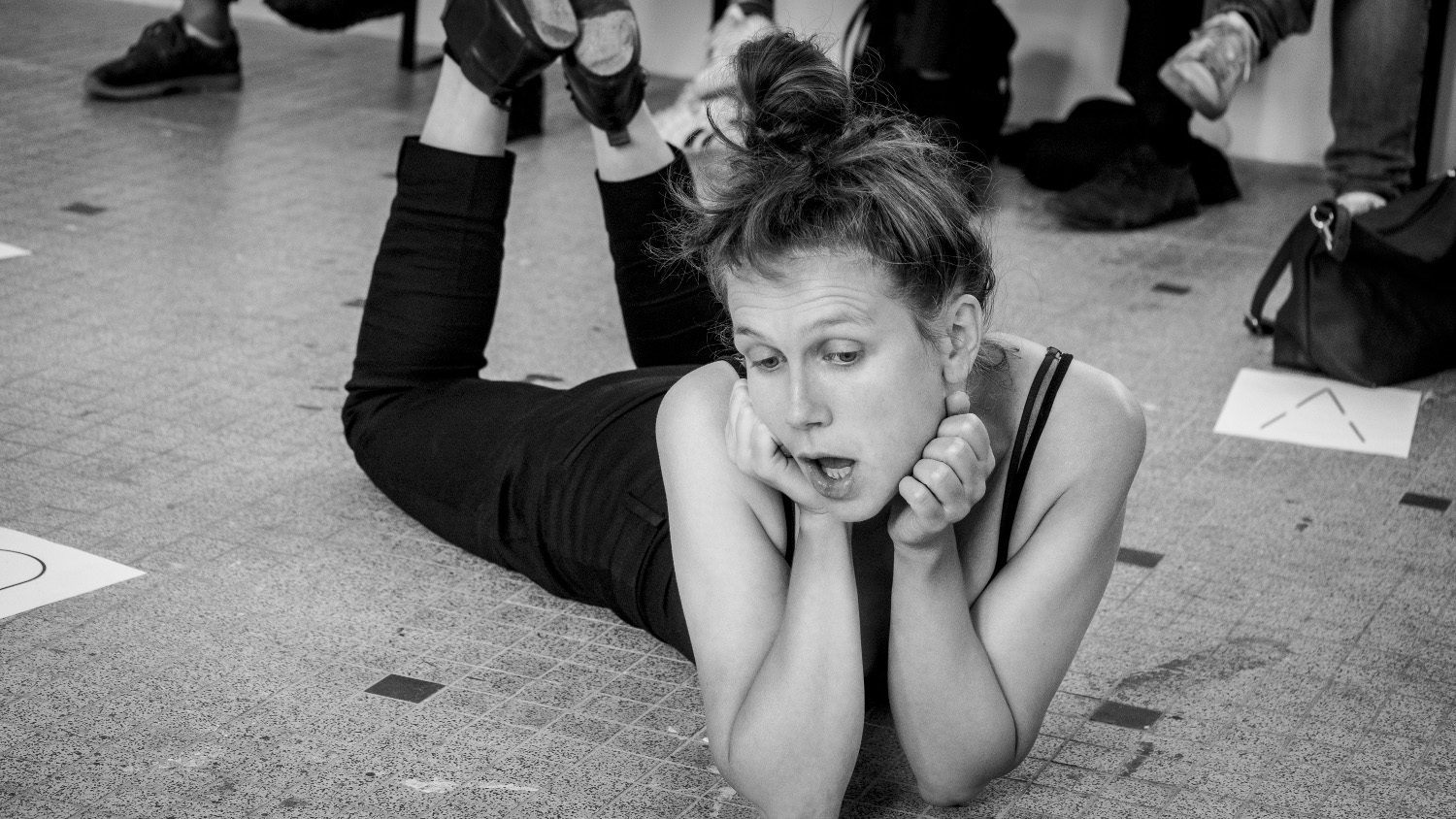 In an interview with Thomas Baumgartner1, Violaine Lochu confided that she likes whispering because it does not involve any strong vibration of the vocal cords or any drama in the voice. The artist is partial to this voice register because it imparts a certain “form to the contents”2. This ascetic form of listening enables one to remain open to wonder. Violaine Lochu cultivates this ability by singing in several foreign languages (Italian, Romanian, Bulgarian, Yiddish, Hebrew…). She sometimes speaks them without understanding them, but remains drawn to their musicality. 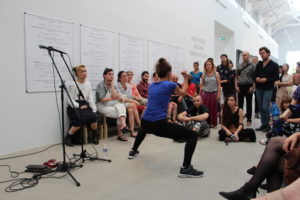 Whispering, the musicality of languages and sung noises can all be found in Vestiges de Roncevaux (2013), a reinterpretation of the Song of Roland, a major part of French heritage. Her intention, she says, was to “bring this epic poem back to life and restore it to its past glory by giving it new depth”3. To this end, she sought to “apply phenomena usually associated with geology […] to the text by drawing inspiration” from an archaeological point of view that gives a precise account of “the formation of a ruin”4. Once again, it was the dimension of living heritage that brought her to memorise over 200 stories passed on orally by the people of Montreuil (in song, poetry, prayer, etc.) through the use of ars memoriae. The art of memory, explains Violaine Lochu, is “a mnemonic technique used since Antiquity, which consists in learning speeches by associating them with well-known locations in which one is able to create a spatial image of one’s memory.”5 Mémoire Palace (2015), an ode both gigantic and fleeting, plays a part in the historiographical creation of the hic et nunc. 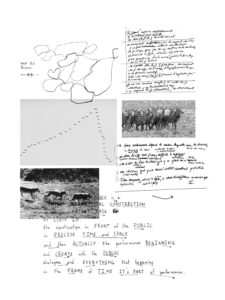 But let there be no mistake: the faintness of the whispering does not cancel out an aesthetic of confrontation. What is said and shown in Violaine Lochu’s performances opens up an interpretation favourable to change in times of uncertainty. Therefore, in Superformeur(s) #2 (2017), Violaine Lochu worked towards catalysing a gift and gift-debt economy (Marcel Mauss). The superformers of the Maison des solidarités in Noisy-le-Sec share the common characteristic of being people of action and, while they may at times disagree, they are brought together by a form of endurance. Each of them has worked to maintain an ethics of tenacity that is essential to the creation of the strange contrast at the heart of the social institution. In return, this requirement presents Violaine Lochu with a question: how does a performer become a superformer? How does one turn the microphone toward oneself in Superformer(s) #3 (2017)? One could of course mention Annie Ernaux and Didier Eribon’s falsely initiatory novels (in line with the great tradition of social sciences led by Michel Foucault and Pierre Bourdieu), which fuel Violaine Lochu’s semantic imagination. There is also a grace in the act of displacement, which the artist calls “adaptation – polymorphism – defector – strata of the habitus – metamorphosis”6. It consists in a relinquishment of the overused metaphor of social masks in favour of a slough that qualifies a silent microcosm deployed at our feet: the polyphenism of social insects. The artist’s superformance could be seen as a reflection of these social insects, like for instance termites, which, in addition to procreative adults – female (queen) and male (king) – also include soldiers and/or workers that sometimes also present variations which enable them to produce their own line of descendants after the founding adults have died.