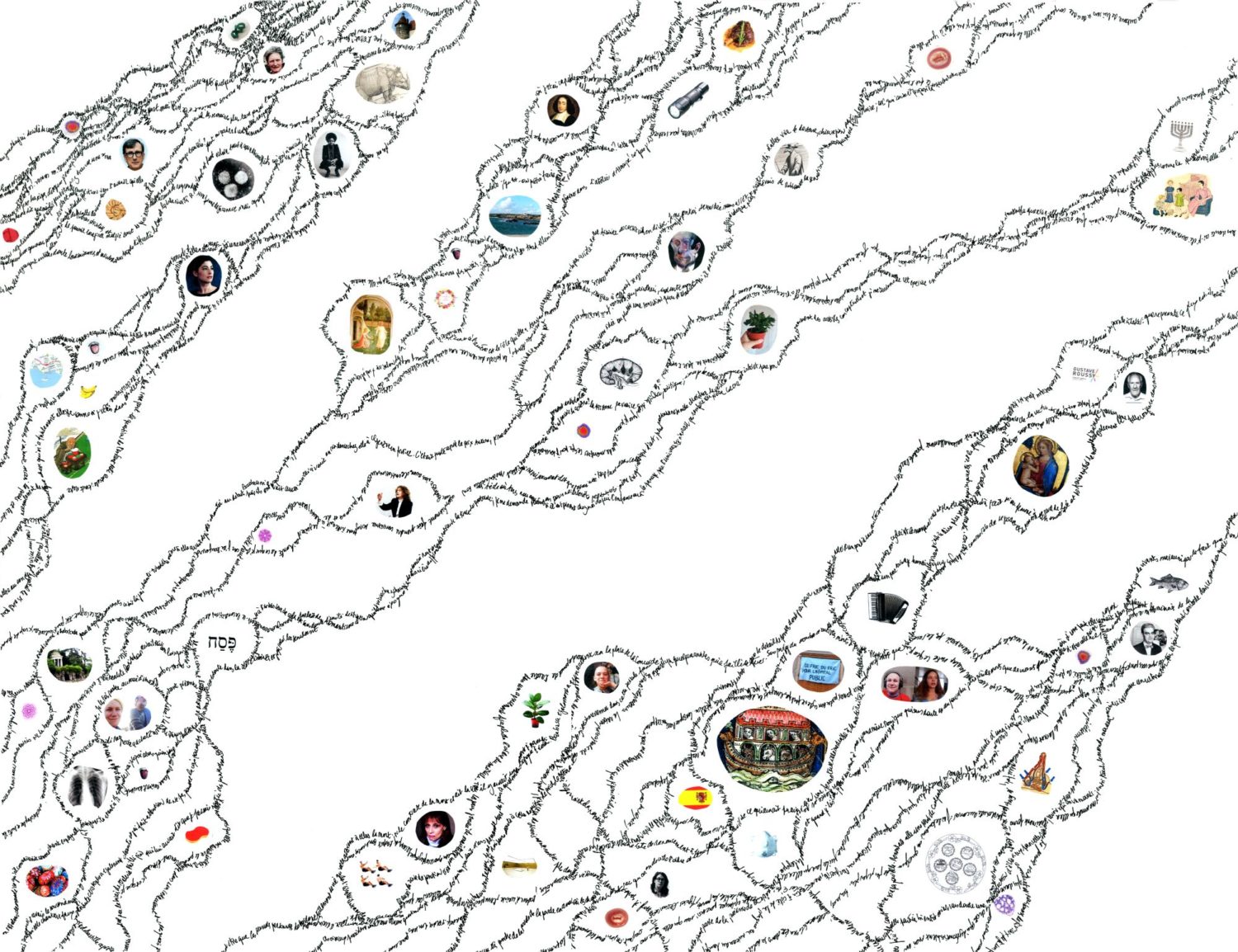 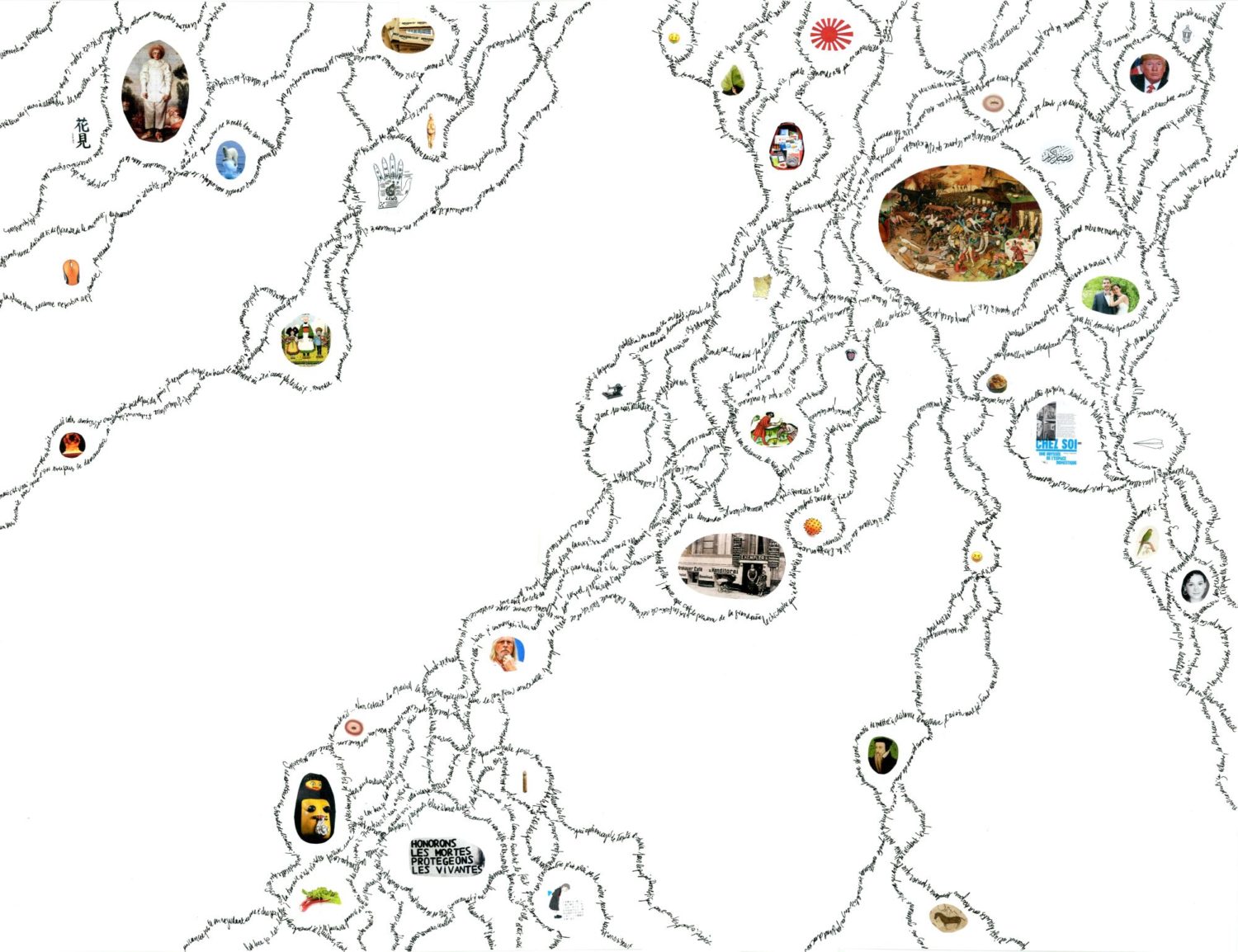 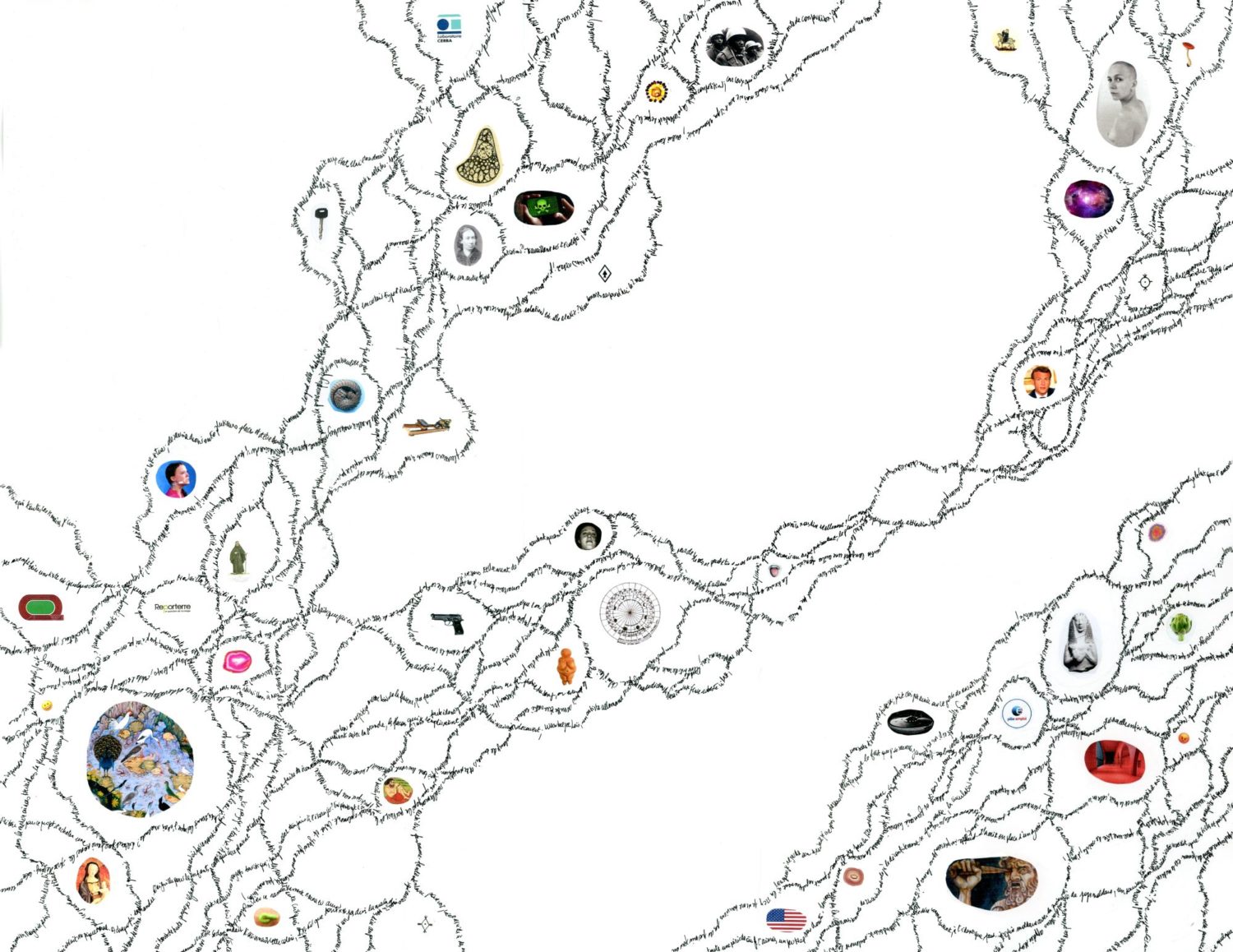 “In this unprecedented moment, experienced both collectively and separately, the limitation of outings, practical constraints, health and/or economic apprehensions, are all reconfiguring our mental landscapes. For many, events, (reduced) activities, sensations and thoughts follow one another in kind of a continuum: news, telephone conversations, occasional outings, reflections, professional contacts, memories, dreams, special dates, readings, films, etc.”

Drawings that combine automatic writing and collage attempt to transcribe this state. Fragments of stories and vignettes that are a priori heterogenous compose a moving image without hierarchy. The sound pieces are realised from Skype interviews in which Violaine Lochu follows a specific protocol to question her loved ones about the way they are living this situation. The questions asked attempt to reveal the similarities and differences of this virtual community in which each member is assigned to their own living unit.

Violaine Lochu (b. 1987) lives and works in Montreuil, France. Her work is an exploration of the voice as a vector of encounter and metamorphosis. During long periods of immersion in specific environments, she collects different sound and visual materials from which she creates performances, sound installations, videos and publications. Her practice is transdisciplinary. It evolves in the field of contemporary art, experimental music and sound poetry; creates bridges between the present and the past, as well as scholarly and popular universes; and is nourished by encounters with human and non-human entities, as well as through texts belonging to the field of human sciences. Encounters and collaboration are at the heart of her approach. Violaine Lochu exhibits and performs in France (Centre Pompidou, centre d’art Bétonsalon, Palais de Tokyo, FIAC, Jeu de Paume, MAC Lyon, MAC VAL), and abroad (Centre d’Art Contemporain Genève, Switzerland; Kunsterein de Munich, Germany; théâtre le 4e art de Tunis, Tunisia; Ferenczi Museumi Centrum, Hungary; Le Centre à Cotonou, Benin; Galerie Gamu, Prague, Czech Republic; Justina M. Barnicke Gallery,Toronto, Canada). The Synagogue de Delme (France), the Villa Vassilieff (Paris, France), La Galerie Noisy-le-Sec (France), the Ricklundgården Museum (Marsfjäll, Sweden), and the Stiftung de Karlsruhe (Germany), have notably welcomed her in their residency programmes. Thanks to aid from the Cnap, she conducted research in Lapland, Finland in 2017. Violaine Lochu was the winner of the Aware Prize in 2018 and the Performance Prize of the Salon de la Jeune Création in 2017. She was also nominated for the Bernard Heidsieck Prize – Centre Pompidou in 2019.

Learn more about this
Laureate of Prix AWARE 2018 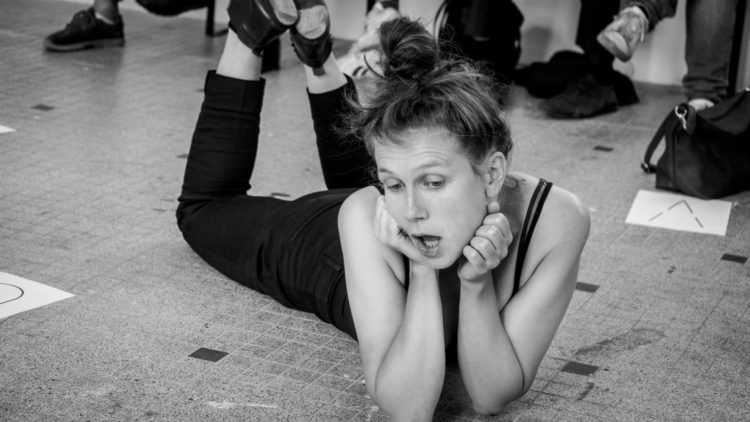 Babylon song in times of post-truth: Violaine Lochu In an interview with Thomas Baumgartner, ... Read more