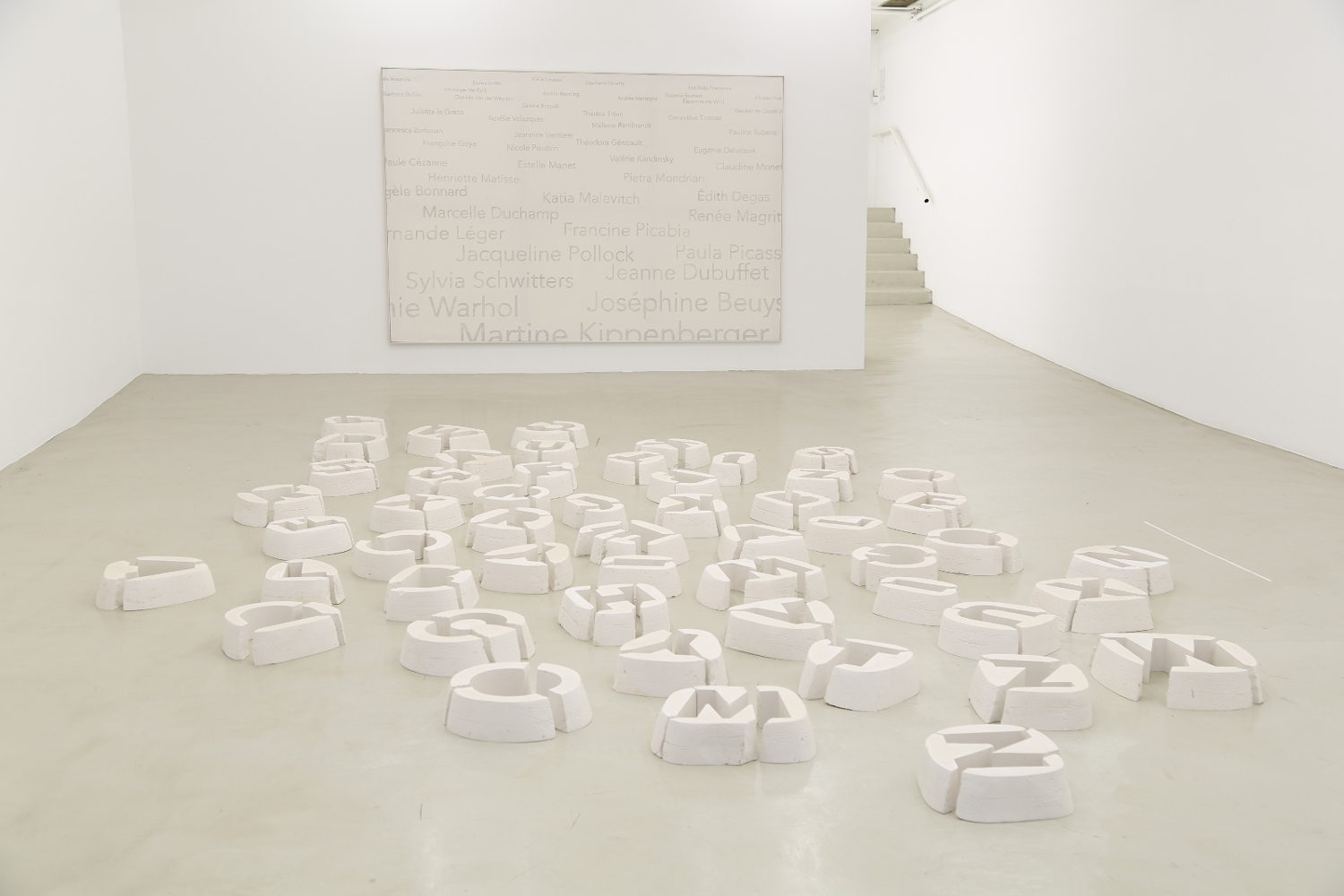 Agnès Thurnauer is an artist who paints and sculpts. But whatever the medium she uses might be, her particular writing style is ubiquitous in her work. The exhibition Préfigurer(Foreshadowing) being held at the Fernand Léger gallery in Ivry, in the inner suburbs of Paris, focuses on one of her recent works Matrice (Matrix, 2013), formed by moulds of the 26 letters of the alphabet. 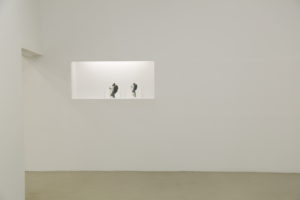 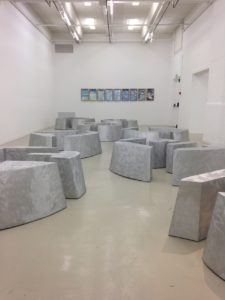 The artist, with her fascination for letters and words, proposes, both literally and figuratively, a stroll through language. Made on different scales, using white resin and brushed aluminium, the letters appear in the negative, creating a space for representing the language and thinking in motion with which the spectator dialogues.

From A to H (2015), produced in a large format, at seat height, gives rise to a “physical walk with develops a meaning”, for “language is more a space than a tool”1.  And this works. Visitors do not hesitate to sit down on the sculpted letters, talking with each other, and appropriating the sculptures like so many discursive spaces in which words circulate.

These days, when the citizen’s words are often confiscated, this work would assume its full sense if installed in the Place de la République to welcome the liberated words of the Nuit Debout (Up All Night) occupiers. As an open space within which you move about and have exchanges, Matrice defines art as a place of sociability.