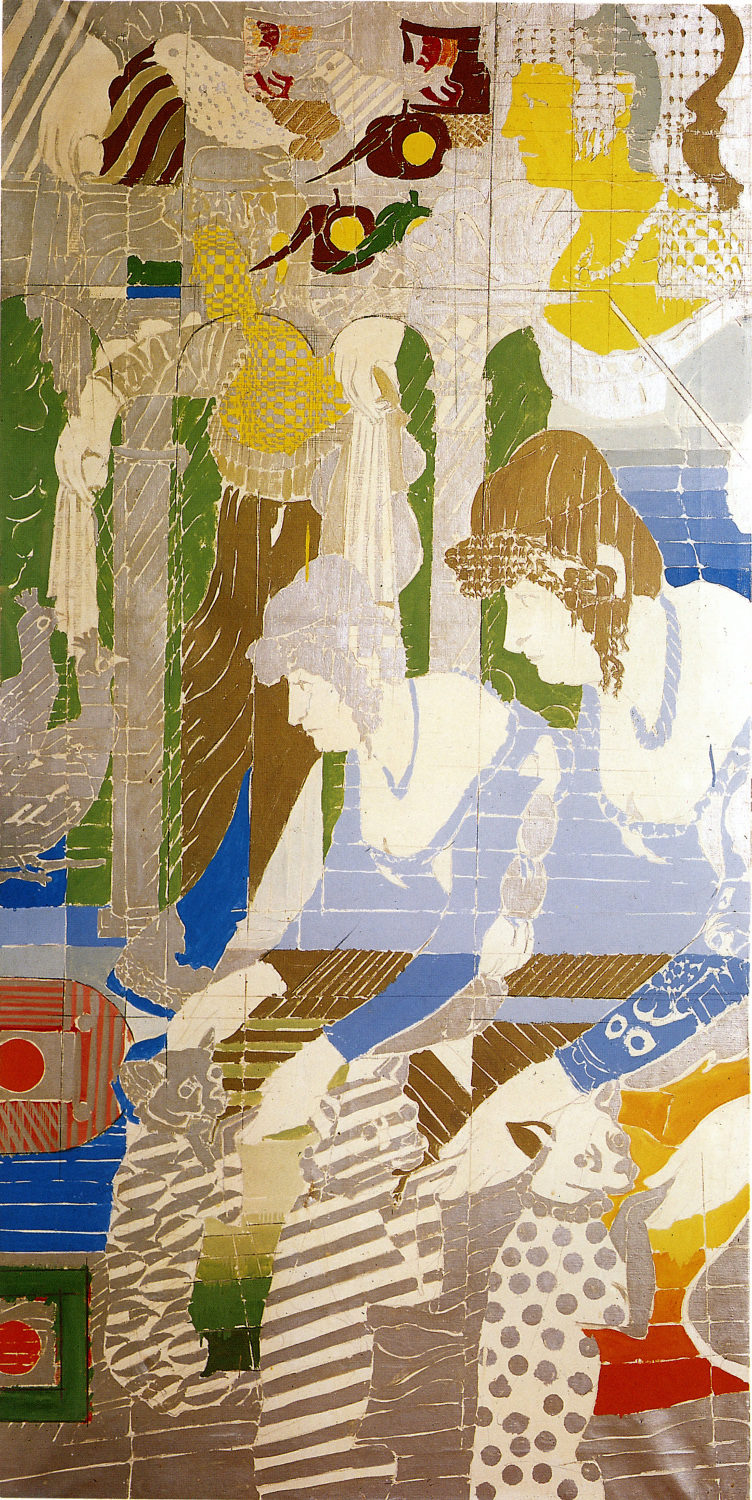 Organised by Flavio Arensi and Elettra Bottazzi in the new rooms of the Museo del Novecento, in Milan, this is the first retrospective dedicated to Giosetta Fioroni (born in 1932). It attests to her exceptional career on the pop scene: she made her mark within a male-dominated milieu, and her view of female representation is highly relevant today.

The only woman of the Roman group of the Scuola di Piazza del Popolo, alongside Mario Schifano, Tano Festa, and Franco Angeli, G. Fioroni obtained recognition in Italy starting in the 1960s. Notably supported by the La Tartaruga gallery in Rome, she frequently collaborated with writers such as Nanni Balestrini, Andrea Zanzotto, or Cesare Garboli. 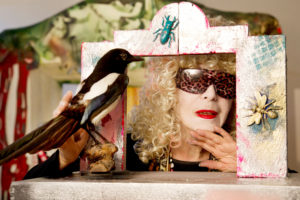 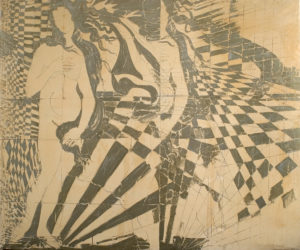 Inspired by “Sentimental Journey”, a Doris Day standard from the 1940s, the event looks back on her sixty-year career, with nearly 160 works presented in two chapters. Paintings and drawings are for the most part hung in an intimate way, on a chronological visit that lends coherency to the series. The exhibition then opens up onto a wide space designed like the artist’s studio, with heterogeneous works, from optical boxes to large ceramics, from sculpture to videos.

This “sentimental journey” combines personal and professional history: it begins with sculptures by the artist’s father, Mario Fioroni, whose studio was a site of learning for the young Giosetta; it then presents the puppet theatre of her mother, Francesca Barbanti, also an artist, who told fairytales that G. Fioroni revisited in the 1970s; and it finally includes the I movimenti remoti series (2005-2006), dedicated to her partner, writer Goffredo Parise.

But G. Fioroni did not construct herself as an artist solely based on familial emotions; her work is also based on her desire for painting and for her culture. After a Parisian period between 1959 and 1963, she found her material of predilection in a silver lacquer that led her to a vibrant, sometimes monochromatic abstraction, shot through with painterly effects and graphic elements attesting to the influence of Cy Twombly. 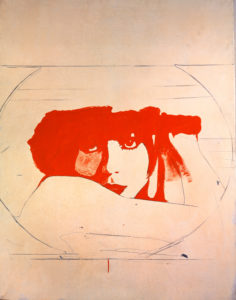 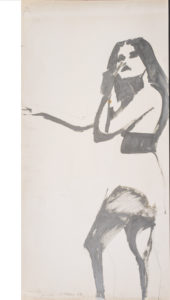 Bordered by frames, these surfaces soon began to reveal images of the eternal feminine – press cuttings that the artist projected onto the canvas. Fragmented and decontextualised, the models from the series Argenti (1961-1970) tend to disappear in the margins of the medium, as if G. Fioroni were contesting the commodification of their bodies. She sees them more as intimate figures endowed with psychological density, thus transforming objects into subjects. The desiring male gaze is reversed here either because the model – deeply engrossed – counters it with introspection or because her eyes remain inaccessible, veiled by various procedures (shading, overexposure, sunglasses). Avoiding virtuosity, through an economy of means, these portraits juxtapose painting and photography through their contrasts and this metallic colour that echoes silver salts. An illuminated table in the exhibition space allows visitors to look at slides, a limited repertoire of pictures that the paintings are based on.

Opposing these glamour paintings are those of fascism and of the sickly childhood that forms the other, glacial side of the coin, accentuated by the presentation of an almost unknown work, Atlante di medicina legale (1975), whose text and photograph rework the plates of a German manual of forensic medicine registering cases of death stemming from “deviant” sexual practices.

Virtually unknown in France, the work of G. Fioroni has been met with great interest in Italy in recent years, owing to its inventiveness, to its proximity to contemporary drawing, and to the power of its female iconography.

How to cite this article:
Catherine Macchi, "Giosetta Fioroni: An Iconography of the Feminine." In Archives of Women Artists, Research and Exhibitions magazine, . URL : https://awarewomenartists.com/en/magazine/giosetta-fioroni-une-iconographie-du-feminin/. Accessed 3 February 2023