Laëtitia Badaut Haussmann: The Performative Poetry of the Habitat 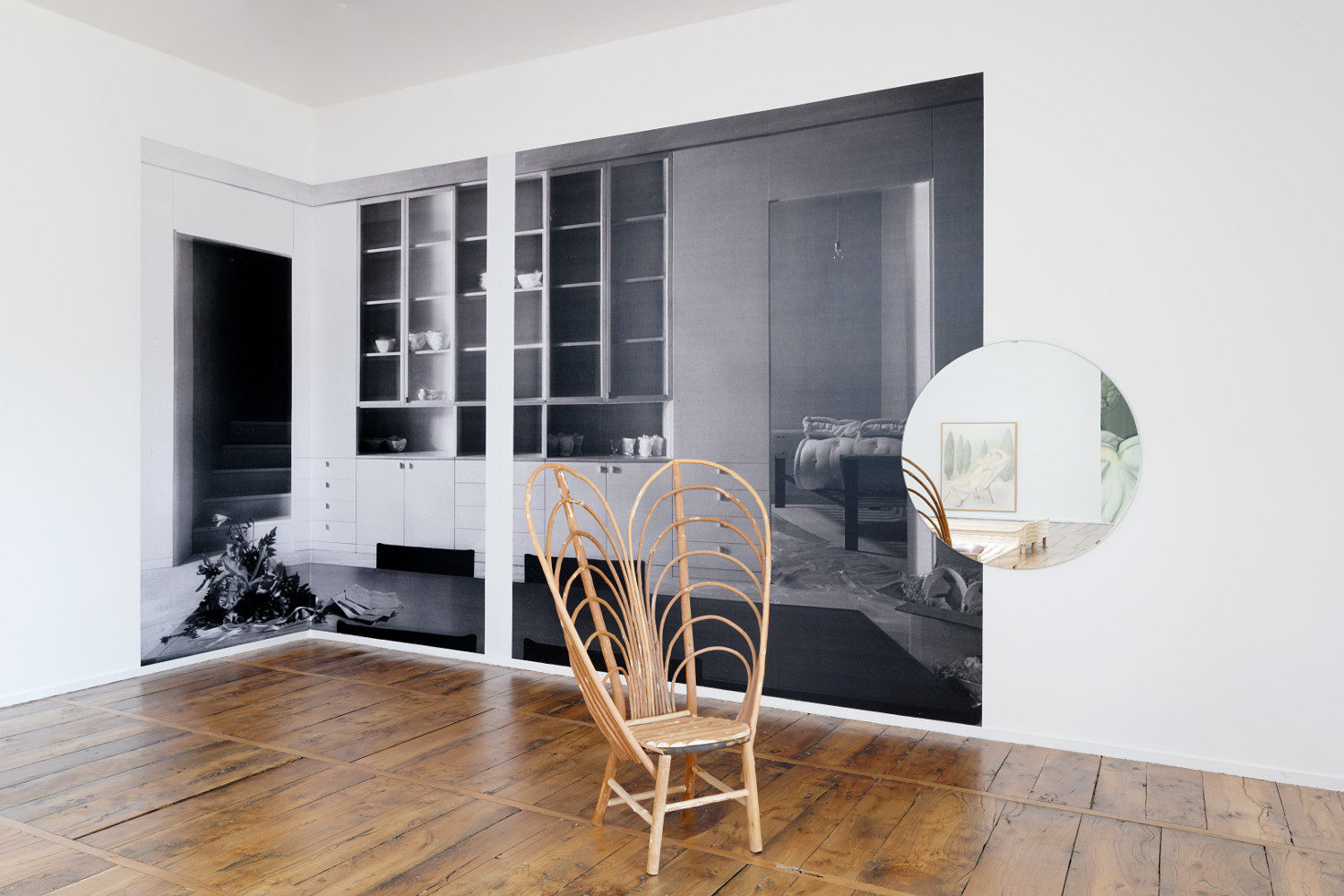 From 29 June to 16 September 2019, the Château de Rochechouart is host to the first solo museum exhibition by Laëtitia Badaut Haussmann. Combining literary and film references with a vocabulary of architecture and design, the artist creates a seemingly domestic space mixing autobiographical and fictional narratives.

Sébastien Faucon, curator of the exhibition and director of the Château de Rochechourat, musée d’Art contemporain de la Haute-Vienne, invited L. Badaut Haussmann to present works that she realised specifically for the project alongside works by other artists from the museum’s collection. Le Sentiment, la pensée, intuition [Emotion, thought, intuition], which purposefully remains a solo show despite the collective installation, brings together a whole family of artists.1 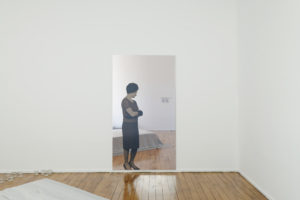 A true cohesion rather than a confrontation, the encounter between the artist’s contemporary creations and existing works from the collection reveals new interpretive and narrative potential. Disseminated through eight rooms on the second floor of the museum, the works form an ersatz habitat that is as poetic as enigmatic. Each room is named after a season and corresponds to a mental state, or a distant memory that is difficult to define. “Room 8/Winter” [Salle 8/hiver], reminiscent of a bedroom, depicts a dramatic scene. In the centre of the room is Sans titre [Untitled, 2019], a bed frame on which newspaper clippings from selected articles are spread out and covered by a plastic sheet, rendering the stories illegible. On the floor are glasses of what seems to be water, but actually contain Liquides incolores [Colourless Liquids, 2019], harmful, corrosive and toxic liquids such as acetone, hydrochloric acid, methylated spirits, ammonia, white brandy, schnapps, gin, bleach, sodium hydroxide, vermouth Martini, ouzo, white rum, sake, tequila, white vinegar, vodka and White Spirit. On the wall is a Donna (1962) by Michelangelo Pistoletto (born in 1933), a mirror on which a life-size female figure has been screen-printed, whose gaze converges with the reflection of the viewer. 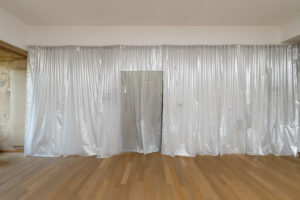 The decision to use natural light in these rooms, all of varying temperatures, also influences the way in which we discover the space. We don’t pass simply from the calmness of a winter garden to the heat of a summer lounge. Our perception and reception of the space evolve over time.

In addition to the rooms dedicated to the exhibition, the artist has also taken over the corridor, which becomes the backbone of the show. Covered by an immense silver fabric,2 the space houses drawings by Raoul Hausmann (1886–1971) (Sans titre, 1968–1969), as well as the series Photographs of Dr. Joseph M. Carrier 1962–1973 (2010) by Danh Vo (born in 1975).3 One of these last images reveals the discreet embrace of two men from behind in a public area. Inviting the viewer to lift the veil to see that which has been or still is taboo is thus far from meaningless.

To reiterate, the dialogue between the works by friends “from the past”4 and L. Badaut Haussmann’s contemporary works offer an additional semantic depth to the objects that the artist examines. This is, perhaps, the strength of the exhibition.

How to cite this article:
Manon Burg, "Laëtitia Badaut Haussmann: The Performative Poetry of the Habitat." In Archives of Women Artists, Research and Exhibitions magazine, . URL : https://awarewomenartists.com/en/magazine/laetitia-badaut-haussmann-la-poesie-performative-de-lhabitat/. Accessed 27 January 2022