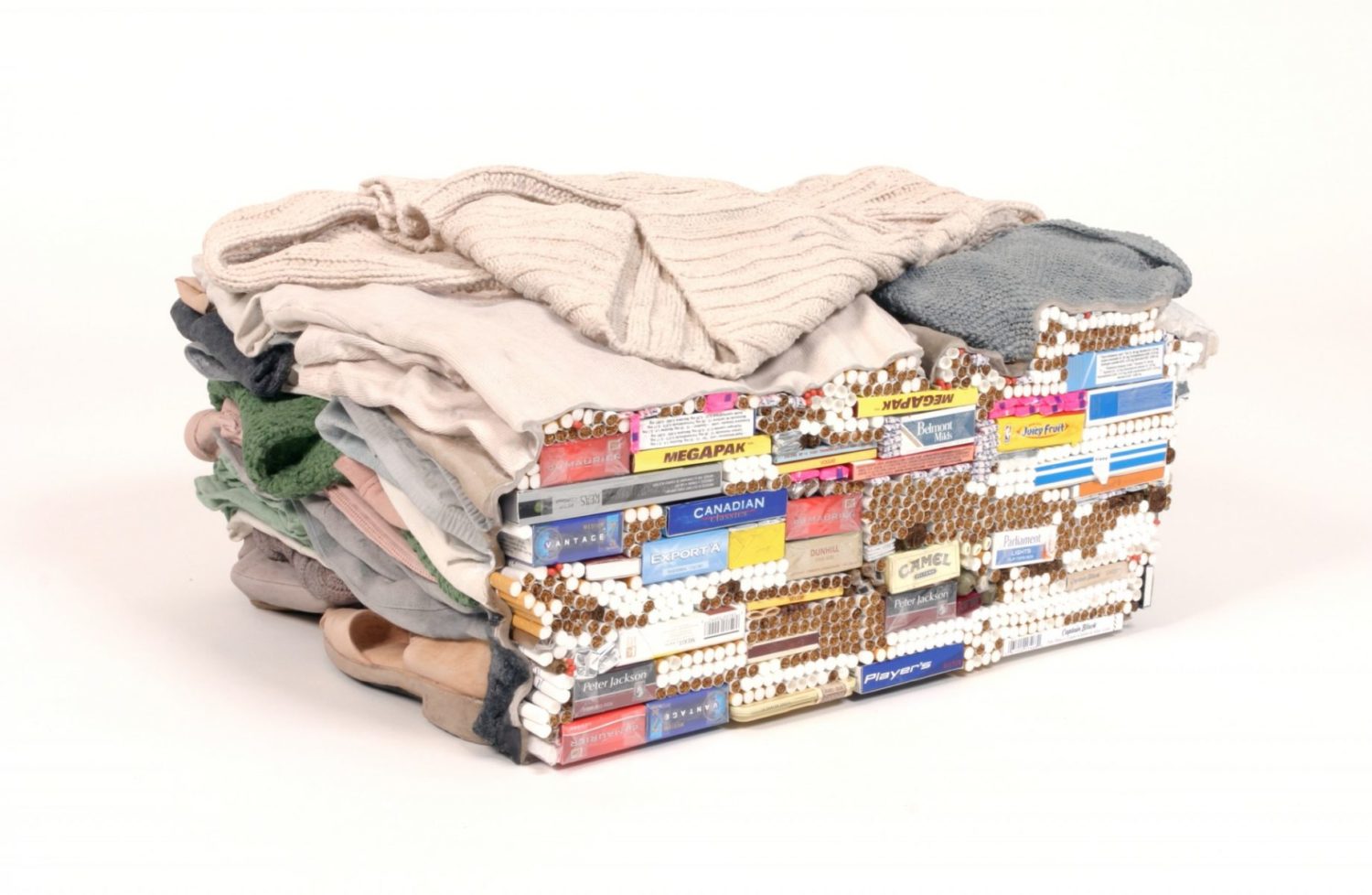 While Liz Magor is a major sculptor of the North-American scene, her fame has yet to spread to France. After her first solo exhibition – organised in 2016 by Claire Le Restif at the Crédac Contemporary Art Centre of Ivry-sur-Seine – it is now Hélène Guenin’s turn to devote a retrospective to L. Magor, this time at the musée d’Art moderne et d’Art contemporain (MAMAC) de Nice, consisting of a selection of artworks created since 1989.

Within the four spaces that punctuate the visit, the artist proves her mastery of volume and her talent for combining various scales, from hand-held objects to works for inhabitation. Her work, which explores the vernacular and the everyday, has an air of impoverishment – sometimes readymade – concealing a great technical complexity in which casts made of polymer-modified gypsum take pride of place. 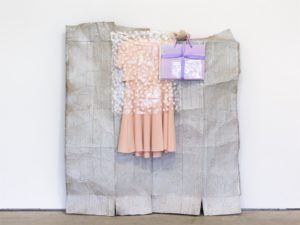 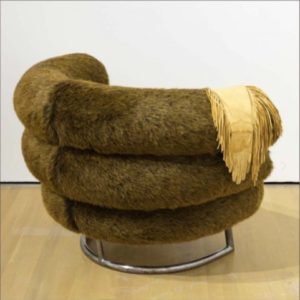 The exhibition opens with One Bedroom Apartment (1996-2017), in which the contents of an apartment appear to have just left a mover’s van or storage space. The presence of disruptive elements, giving rise to a sense of the uncanny, complicates this falsely haphazard arrangement; version after version, and the only constant of the installation remains the cast of a dog lying under the table.

Further on, piles of clothing and towels appear, which, as you walk around them, turn out to be hollow, hyperrealist moulds serving as envelopes for packs of beer and cigarettes. Using objects with familiar contours, L. Magor sets up an interplay of appearances and materials, a benevolent illusion that is resolved as the visitor wanders around these structures. These strange illusions, this to-and-fro between real and fictional sculpted objects, is precisely what makes L. Magor’s work so curious and uplifting, particularly for the curator and scenographer, who use them to bring out many theatrical possibilities, and frustrations and permissions. For the visitor, it is a question of recognising defeat and accepting to contend with the presence and absence of works that shy away from the gaze, such as All the Names II (2014): a block of silicone, whose opacity renders any precise discernment difficult, serves as a receptacle for an accumulation of fossilised relics from daily life. This series, as beautiful as it is silent, constitutes a ghostly echo of Arman’s Poubelles, which are found on the upper floor of the museum. 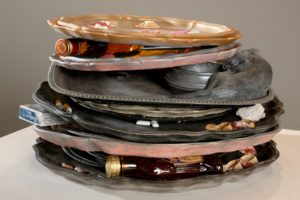 The industrial production of objects, the vast quantities of packaging they represent, and the compulsive consumerist drives that they sometimes provoke in us, are all themes to which L. Magor’s disparate sculptures refer. Nevertheless, they do not exclude the idea of sentimental attachment to existing and sometimes outmoded objects, such as blankets in faded colours, which suggest comfort and protection, and which the artist patches up, combines, and decorates. In L. Magor’s works there are many resting figures, whether puppies, the little enamel-coated creatures known as Sleepers (1999), or even the enigmatic presences that fill out the Sleeping Bags (1998-1999). Touches of kitsch are also deployed in an exploration of the folklore relating to Canadian identity, through subtly ironic artworks such as Banff Chair (1991), which flirts with fantasy and fetishism. L. Magor’s sculptures, with their sweetness and melancholy, attest to different forms of dependency, from greed to addiction, with all they entails in terms of impulse, attraction, and rejection. The MAMAC provides a sumptuous exhibition, surprising in its sobriety and rigorous in its rejection of the spectacular, inviting the public to pass on and reiterate the attention the artist gives to her artworks.