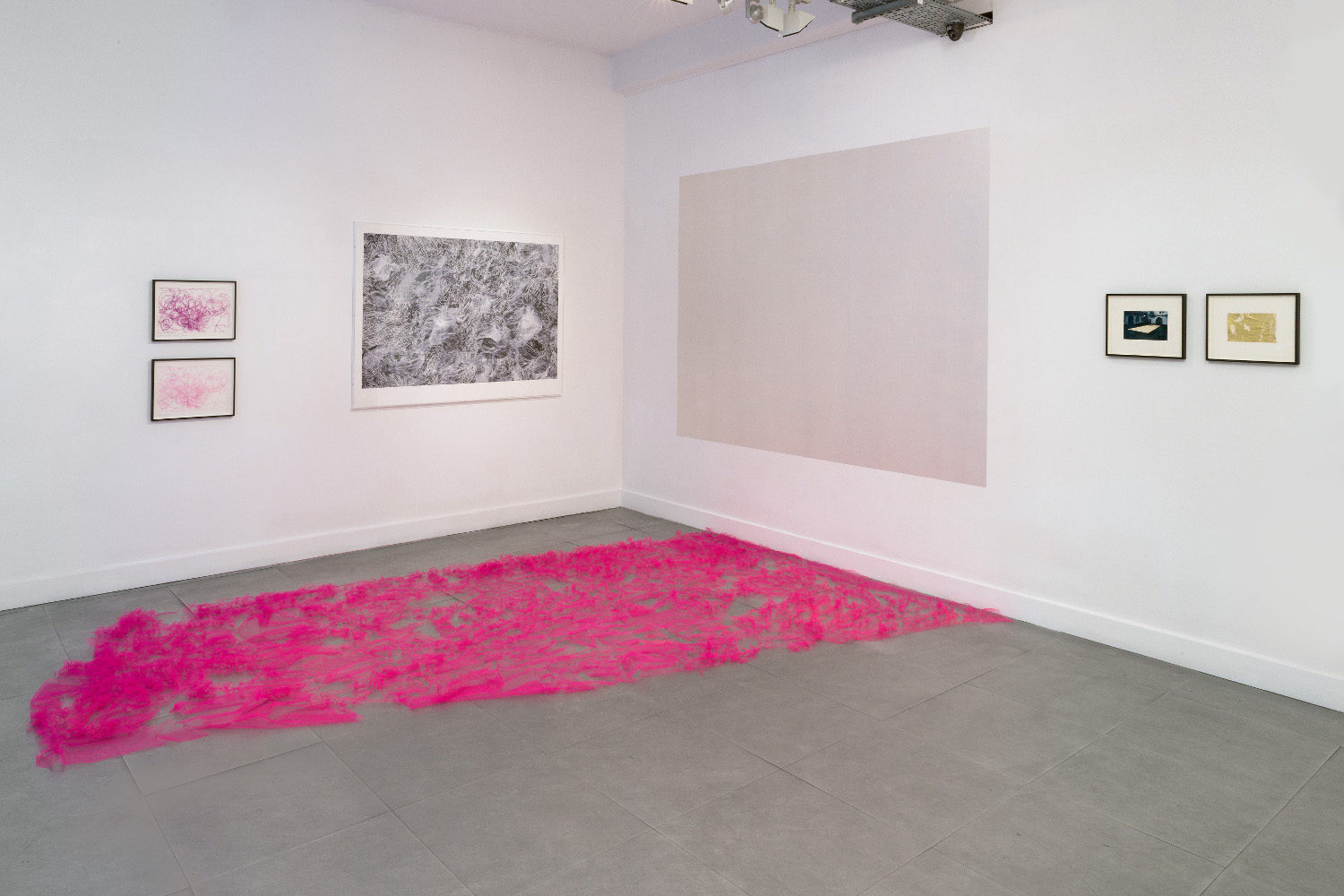 From 1 April to 13 May, the Richard Saltoun gallery in London held a retrospective exhibition of the work of Shelagh Wakely (1932-2011). 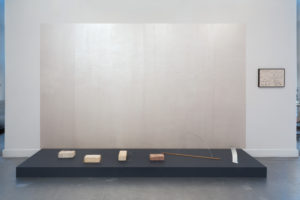 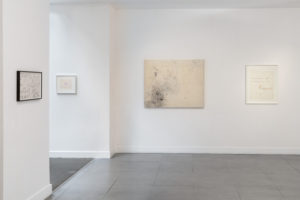 This conceptual artist, whose work was multi-facetted, studied textile arts at the Royal College of Art in London in the 1950s. She then worked as a textile designer until 1972. It was in that year that she produced her first works: the Thread Drawings (1972), in which she used sewing thread to draw. She continued to draw but more to assist with studies she undertook for projects involving sculptural works invading the floor of exhibition venues such as Some Encounters With Reality (1977).

Several of these pieces are presented in Space Between Things. Thus when visitors enter the gallery, they are taken by surprise by the installation Spring Snow, shown for the first time since it was created in 1986. Bits of paper lie strewn on the floor representing nuclear waste from the Chernobyl disaster. 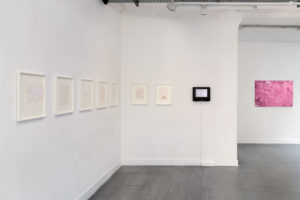 A second installation called Rose (2004), also set on the floor, forms a hilly horizon made of fluorescent pink tulle. Rose makes it possible to have direct contact with the sculptural aspect of the artist’s work. Works resembling topographical maps[1] surround this carpet of tulle, which heightens the idea of volume. Through this combination, Shelagh Wakely creates a landscape in the exhibition space.

Lastly, this retrospective shows Shelagh Wakely’s connections with other artists, most of them Brazilian. Alongside them, she started to work on videos such as Cellar, made in collaboration with Lucia Nogueira in 1992.

At Richard Saltoun gallery, London (United Kingdom) from 1 April to 13 May 2016