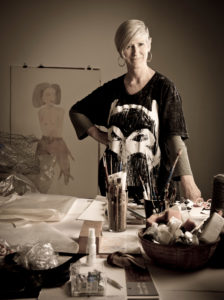 Kinsella Tina, The Glorious Maids of the Charnel House, Dublin, self published by the artist, 2016 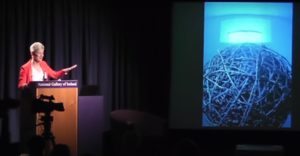 Alice Maher in conversation with Sean Rainbird, Director of National Gallery of Ireland
Links
→ Artist's website
→ Works by the artist in the French public collections of the Videomuseum network
Sponsor
— Alice Maher

Alice Maher studied at the San Francisco Art Institute from 1986 to 1987. The media she chooses vary depending on her subject matter, ranging from painting to drawing to sculpture and from engraving to photography to installation. Her work Cell, a ball of thorns, has occupied one of the cells of the Kilmainham prison in Dublin since 1991. Keep (1992), a net woven from human hair, has been shown in Belfast and Cork. Inspired by nature, her childhood, and Greek, Latin, Irish, and universal transformation myths, she develops a sculptural work based on collected items, as can be seen in Berry Dress (1994) and Nettle Coat (1995). The way she re-appropriates everyday objects, plays on confusion, and questions the memory and cultural associations of materials places her work in the lineage of Surrealism. She draws references both from modernism and ancient arts, as well as from medieval times, the Renaissance, decorative arts, folklore, and feminism.

At the festival L’Imaginaire irlandais in France in 1996, she showed the blonde tresses of her piece Swimmers. The charcoal drawings Ombre are from the same period, and were shown at the exhibition Knot at The Hugh Lane Gallery in Dublin. Placed on the proscenium of the city’s Father Matthew Hall, the refrigerating bed Mnemosyne (2003) is part of the History of Tears series. In her 2003 Portraits, the artist photographed herself wearing necklaces made out of animal hearts or scaled-down offshoot fences to represent the aging and ailing of the body. Another series gives pride of place to snails and their shells, prominently featuring the bronze centrepiece Double Venus (2005). The exhibition The Night Garden at the Royal Hibernian Academy of Dublin in 2007 presented the series of charcoal drawings Beastiary, inspired by Hieronymus Bosch, 18th-century wall papers and engraved ostrich eggs. Maher has collaborated with the composer Trevor Knight for the performances The Sky Chair in 1999 and Slat and 2006, with a butoh dancer. 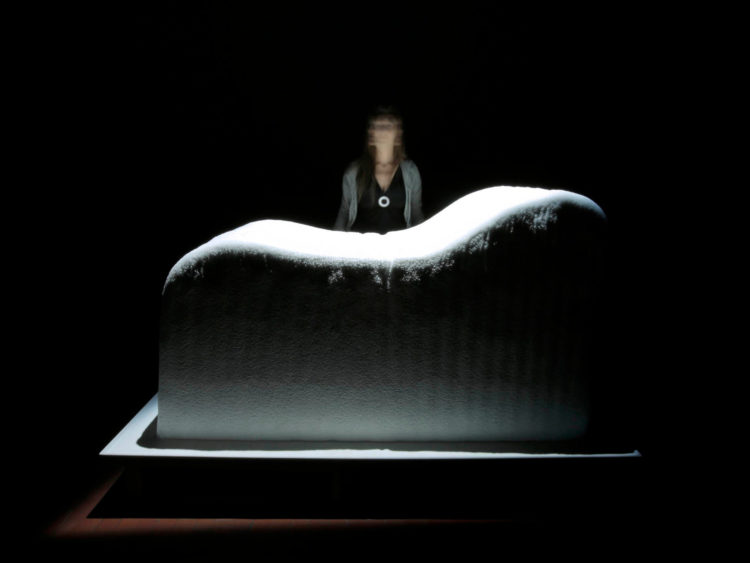 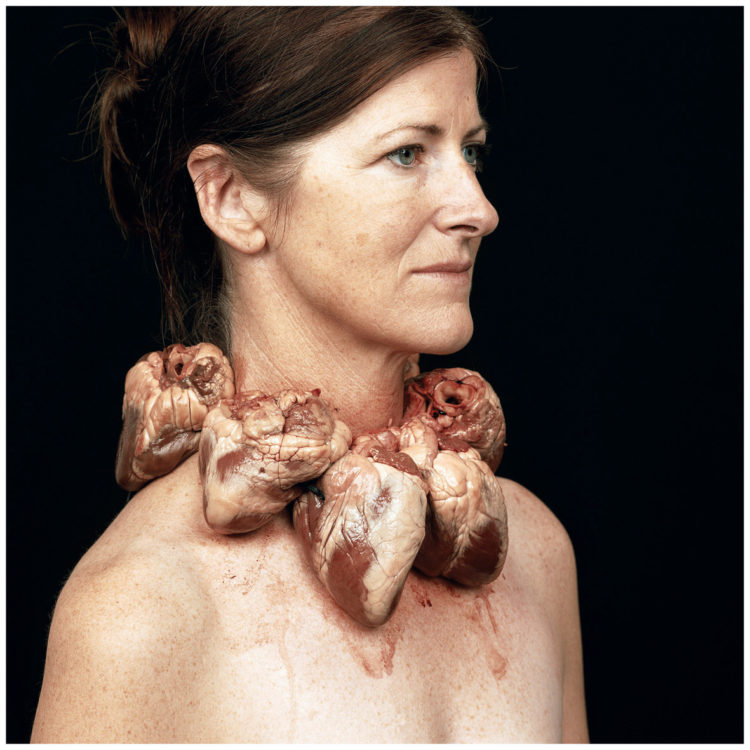 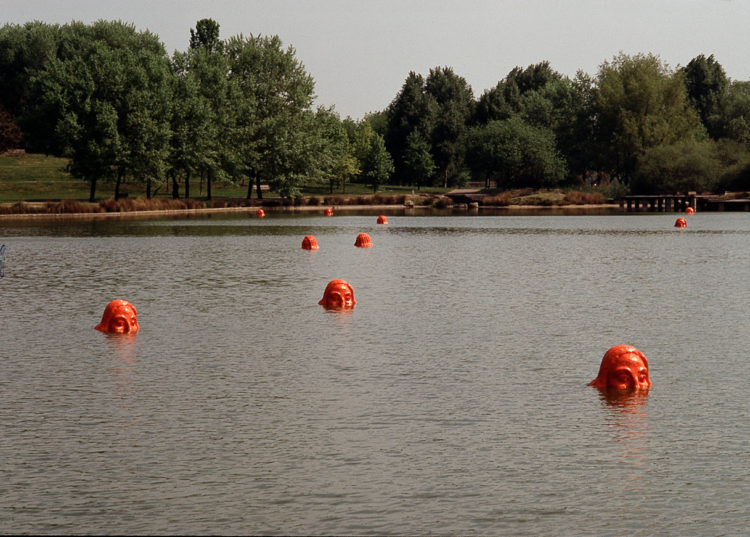 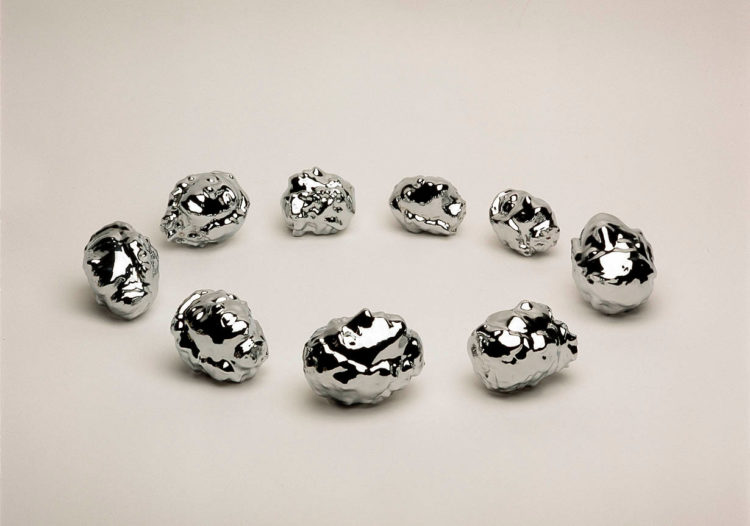 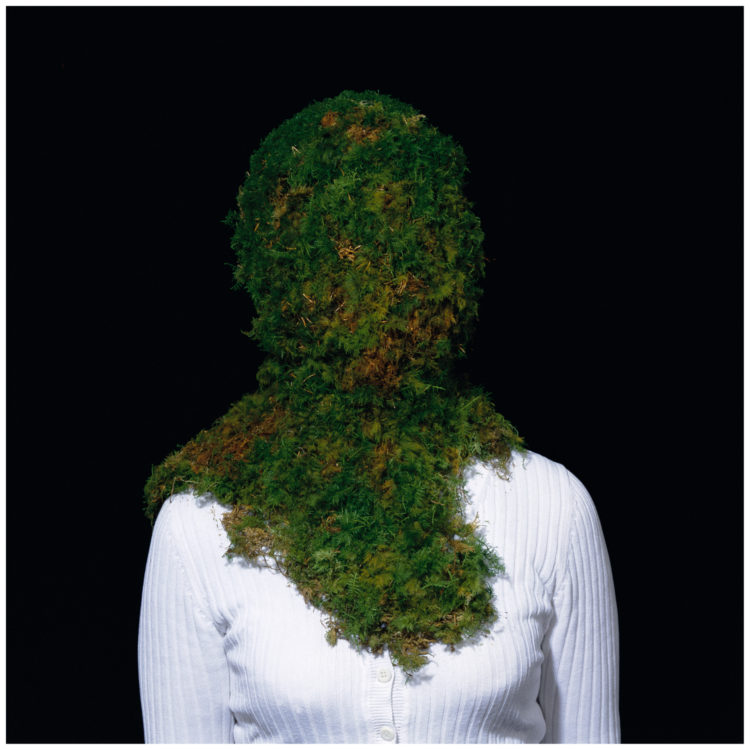 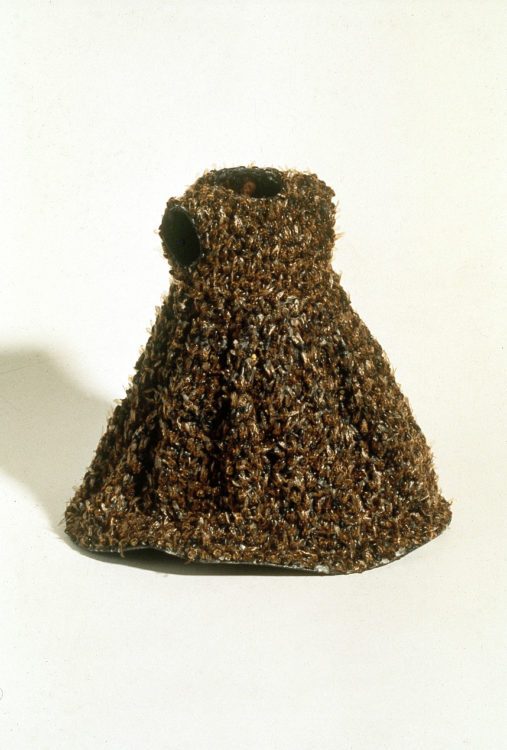 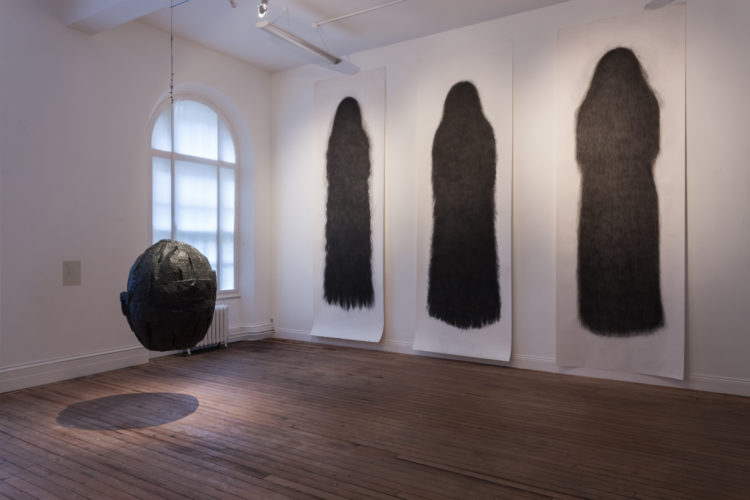 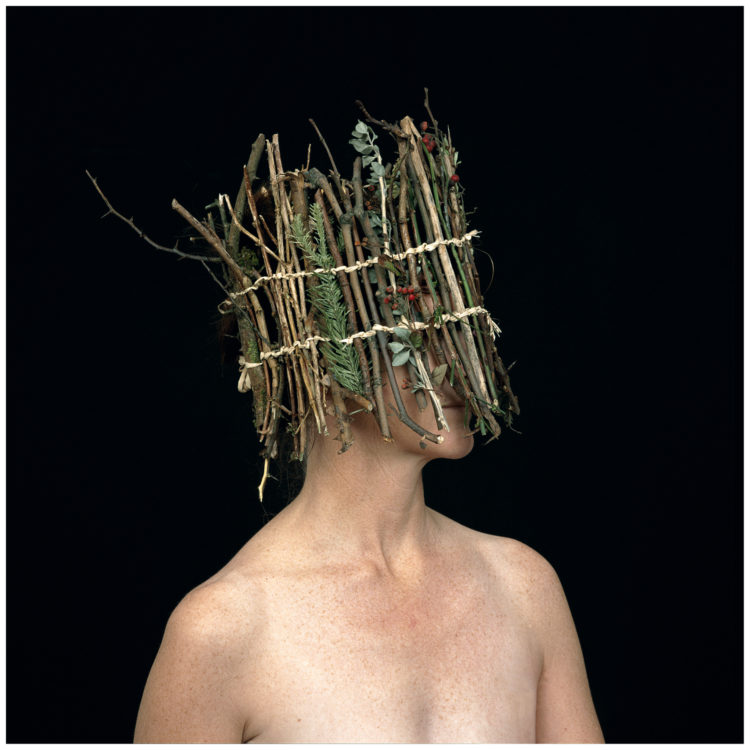 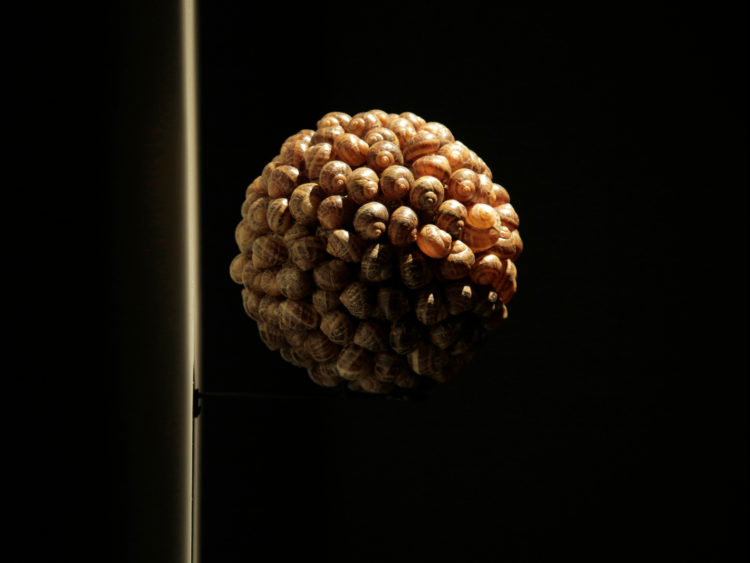 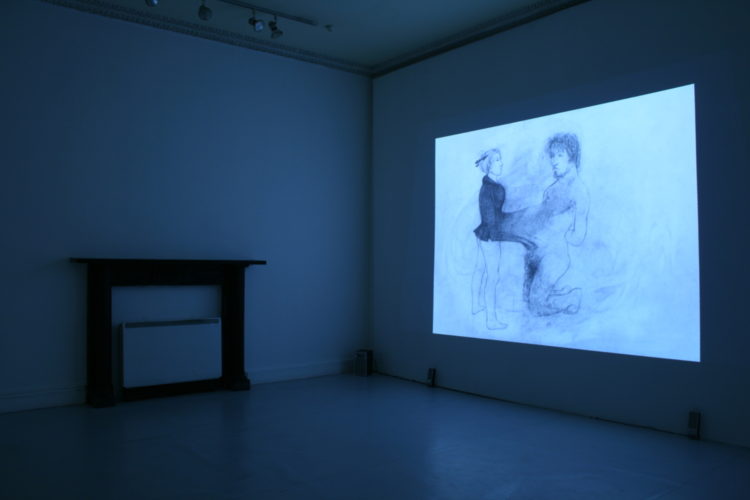 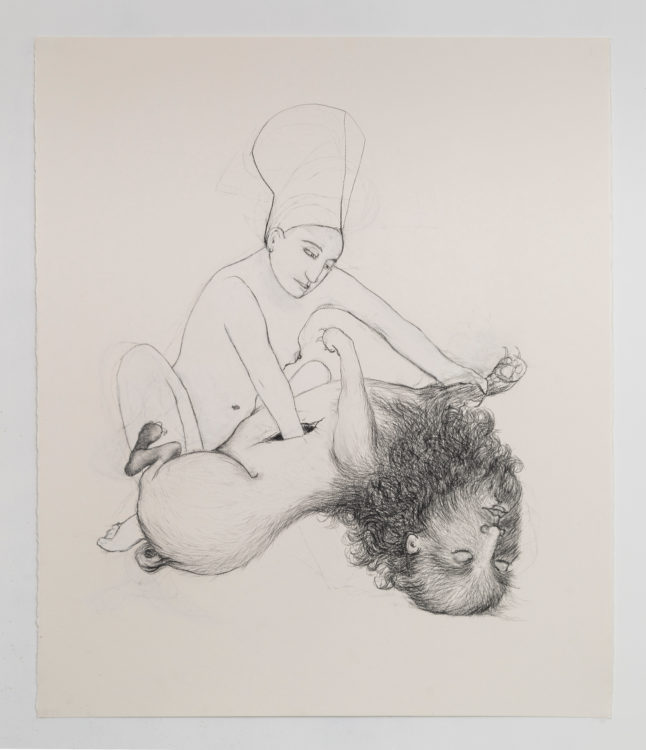 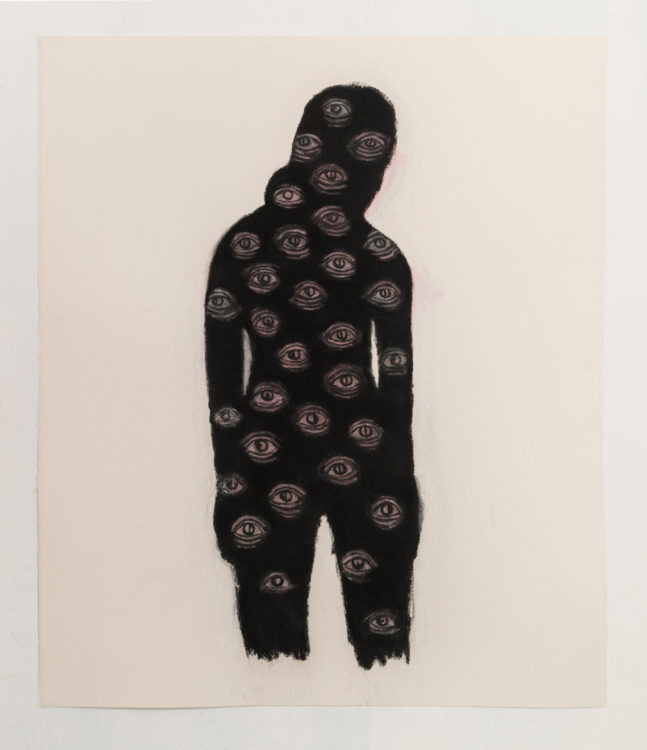