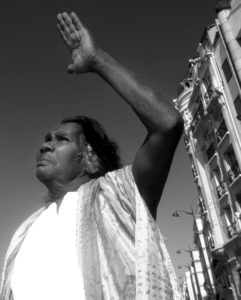 Of Yolngu Aboriginal origin, and the daughter of the artist/activist Munggurrawuy Yunupingu – one of the pioneers in the fight for justice in the recognition of Aboriginal territory in the North culminated in 1976 – Gulumbu Yunupingo grew up amidst the claims for policies and demands for cultural autonomy. She attended the missionary school of Yirrkala, founded in the North East territory of Arnhem by Methodist reverend Wilbur Chaseling, who aided the elders in transmitting their sacred stories to anthropologists and collectors. After several years translating the bible into her own gumati dialect, she was trained as a caregiver and worked in the Aboriginal Health Services in the region. Known for her gift of healing and knowledge of traditional remedies, she inaugurated the healing centre Dilthan Yolngunha in 2007 for Aboriginals suffering from depression, addiction and serious illness. There, she created a “therapeutic tourism” programme aimed at a non-Aboriginal clientele. Introduced to painting by her father, she inherited the right to represent the myths of her gumati clan.

She distinguished herself with a multidimensional installation of funerary poles entitled Garak, the Universe for the Telstra National Aboriginal & Torres Strait Islander Art Award in 2004. These wooden urns used in rituals to collect the bones of the dead, painted with thousands of twinkling stars, present a literal interpretation of the cycle of life. The representations of the starry celestial dome are part of her artistic signature, which unfolds in various forms. The colour combinations from traditional palettes (black, white, red and yellow) and the finesse of the line in her sky compositions create a flickering and profound effect that recalls the existence of a spiritual dimension beyond what is visible to the naked eye. Her haloed stars can be seen in the fresco at the Musée du Quai Branly in Paris realised on the occasion of a public commission for Aboriginal art, for which she was selected amongst three other Aboriginal artists: Ningura Napurrula, Lena Nyadbi and Judy Watson. 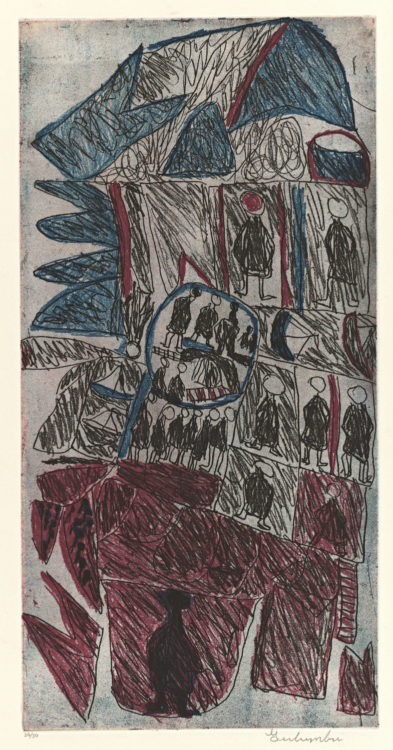 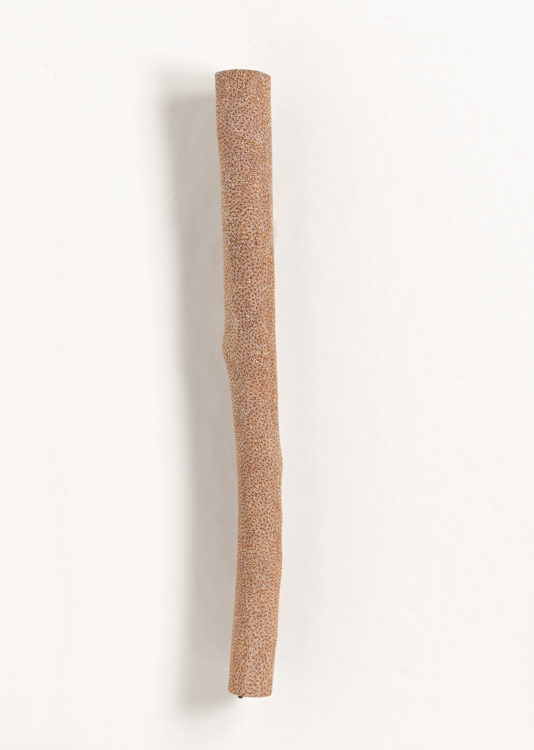