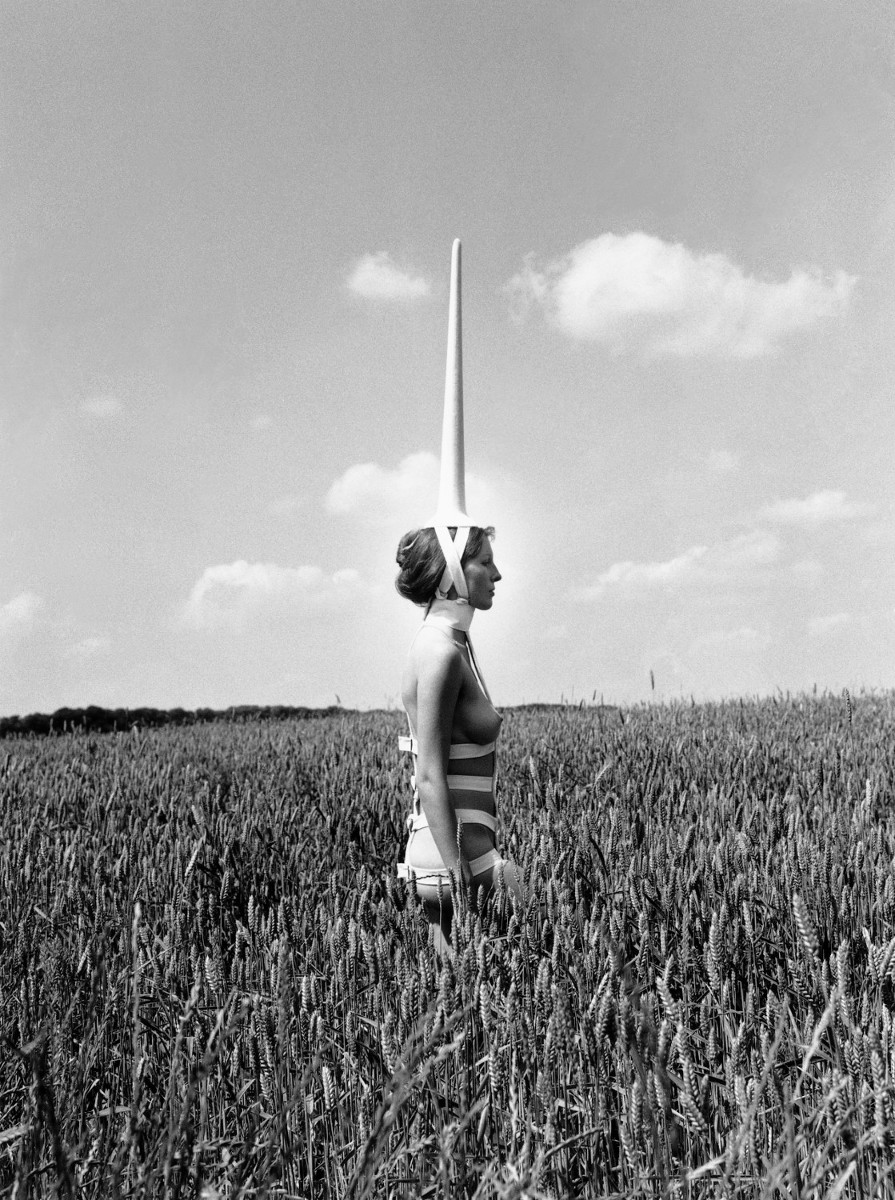 R. Horn’s lung disease is the starting point for her performance pieces, videos and installations. Four years after graduating from the Hochschule für Bildende Künste in Hamburg in 1963, she was hospitalised after suffering a pulmonary intoxication caused by the toxic fumes of polyester resins and fibreglass. From the start of the exhibition onwards, her works express her concerns with the body’s possibilities, which she developed after spending time in isolation at a sanatorium 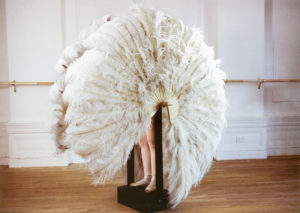 At first, space and body are united. Touching the walls with both hands simultaneously (1974-1975) invites visitors to approach the works as extensions that transform the body into an unusual and fantastic being. R. Horn dresses up with pruning accessories that merge into fantasy clothing or with medical restraint devices laced firmly around her waist. The transformation extends to conscience and to tangible space and in doing so questions the notions of identity, gender, intimacy, and rebirth. Her masks, fans and feather gowns generate a renewed relationship to others, both tender and violent, like courtship dances or danses macabres, as can be seen in her films.
R. Horn’s cinematic pieces are dotted throughout the exhibition, focusing predominantly on the artist’s obsessions: the theatre of the subconscious and of untamed eroticism, as well as chaotic music. Her films are designed as choreographed scenes, the uncanniness and expansive emotivity of which are made to pull us away from reality (Buster’s Bedroom, 1990), much like the rest of her works. 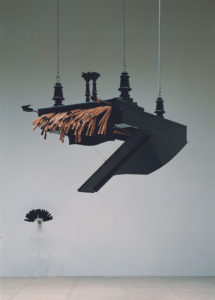 Throughout the visit, a dialogue between the works of the German artist and other surrealist creators – Claude Cahun (18941954), Man Ray (1890-1976), Theodore Brauner (1914-2000), Paul Éluard (18951952), and Meret Oppenheim (1913-1985) – add depth to the conversation. This plural experience, at the crossroads of absurdity and spirituality, prompts within us a variety of impressions: from ample breathing to a feeling of confinement, from the lightness of the whirling feathers to the explosive violence of the dangling and almost colliding chairs (Bishops’ Delights, 1997). There is palpable tension in each of the rooms as one anticipates the sudden activation of the installations. In Memorial Promenade (2004), an automated straitjacket seems to collapse in a final heartbeat, as unexpectedly as the piano that suddenly swallows and spits out its keys in a dissonant burst of noise (Concert for Anarchy, 1990). 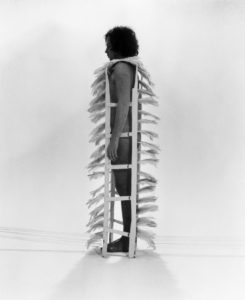 Other installations follow an undulating and perpetual movement, drawing on animist thinking. A copper snake skims the surface of the rippling water in a black pool reminiscent of the basins used by alchemists to achieve the processes of purification and metamorphosis (Heart Shadows for Pessoa/Song of Light, 2005). R. Horn’s world is a world of opposing forces, where macrocosm and microcosm meet, and matter and spirit unite. Like a theatre, the exhibition offers a multitude of experimental mise en scenes that display a curious combination of materials and mechanics.

As an echo to the exhibition at Centre Pompidou-Metz, Museum Tinguely in Basel is currently presenting Fantasmagories corporelles, which features R. Horn’s earliest performance pieces as well as her later kinetic sculptures. Both these exhibitions are all the more pertinent in the rediscovery of her work as they bring new impulse to the French scene. The latest monographic exhibition of her works was held at Carré d’art, Nîmes, in 2000. 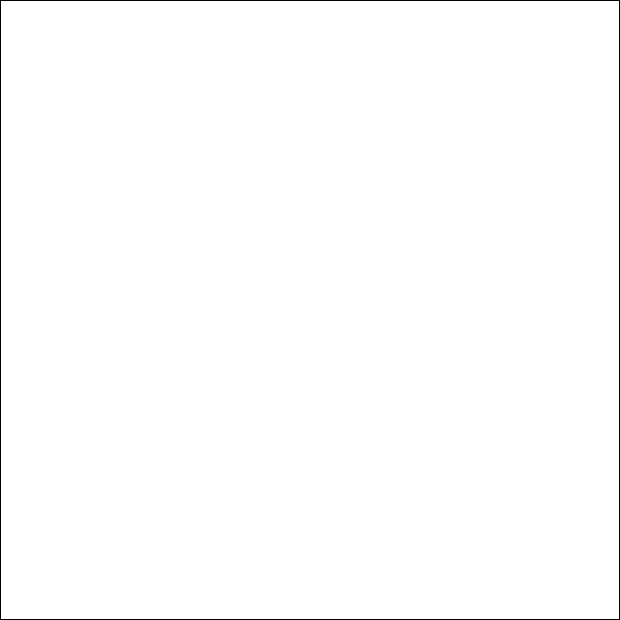 How to cite this article:
Adélie Le Guen, "The metamorphoses of Rebecca Horn: Between dreaminess, spirituality, and surrealism." In Archives of Women Artists, Research and Exhibitions magazine, . URL : https://awarewomenartists.com/en/magazine/les-metamorphoses-de-rebecca-horn-entre-onirisme-spirituel-et-surrealisme/. Accessed 21 May 2022