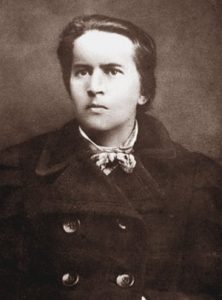 This outstanding sculptress studied architecture in Moscow (1889-1890), and then learnt sculpture with Sergey Ivanov, Sergei Volnukhin and Vladmir Beklemishev, in St. Petersburg. From 1895 to 1896, Anna Semionovna Golubkina studied at the Colarossi Academy in Paris, and exhibited her work in the city in 1899; at the same time she showed her works in St. Petersburg at Diaghilev’s “Mir iskusstva” (“World of Art”) salons, that same year and in 1900. She worked intermittently in Rodin’s studio between 1900 and 1902. Her relief La Vague [The Wave] (1902), decorating the entrance of the Art Theatre in Moscow, was a dialogue with the Parisian master’s Porte de l’Enfer [The Gates of Hell]. As a member of the Society of Russian Sculptors [ORS] in 1906, she was arrested the following year for spreading political lampoons. Freed in 1908, she joined the Union of Russian Artists, and then exhibited until 1910 in the salons of this group of painters and sculptors, where Impressionism rubbed shoulders with the modern style, Symbolism, and Primitivism. She took part in the “Mir iskusstva” exhibitions which were held again in 1910 and 1913. After the 1917 revolution, she taught at the Free Workshops (Svomas) and at the State Art and Technical School (Vkhutemas), from 1918 to 1922.

A year before her death, she was among the people heading the Society of Russian Sculptors. Her work can be placed in the stylistic movement of Rodin, in particular in the way her figures spring from a rough material mass. She favoured symbolic subjects and portraits of her contemporaries. A work like Vase brouillard [Vase fog] (1908) illustrated her desire to present an anthropomorphic image of natural elements: human faces with closed eyes, in different slanting forms, emerge from a tormented mass, meant to release an impression of morning mist. Golubkin’s portrait gallery (writers, poets, philosophers) is one of the gems of late 19th and early 20th century sculpture. Her Portrait of Andrei Biély (toned up plaster, 1907) is satisfyingly expressive, at once symbolist through the emphasis of a flamboyant and visionary gaze, but also physiognomic through the almost animal look of the character. These two aspects of her art were already present in the Portrait of Alexei Remizov (1899), where reality, dream and vision are closely intertwined. 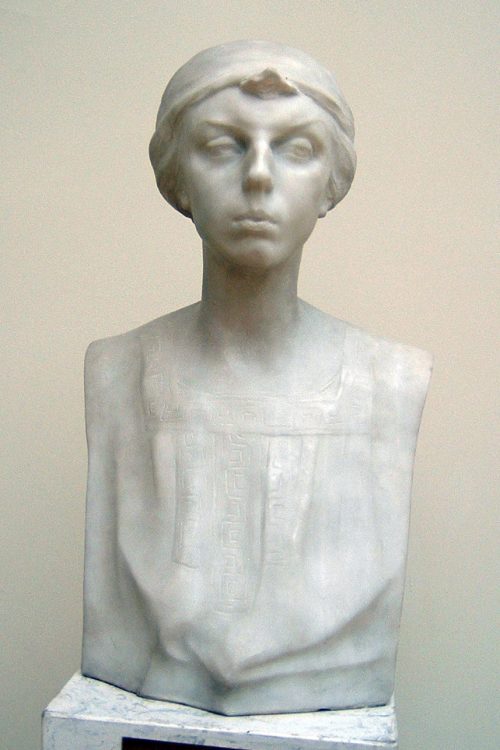 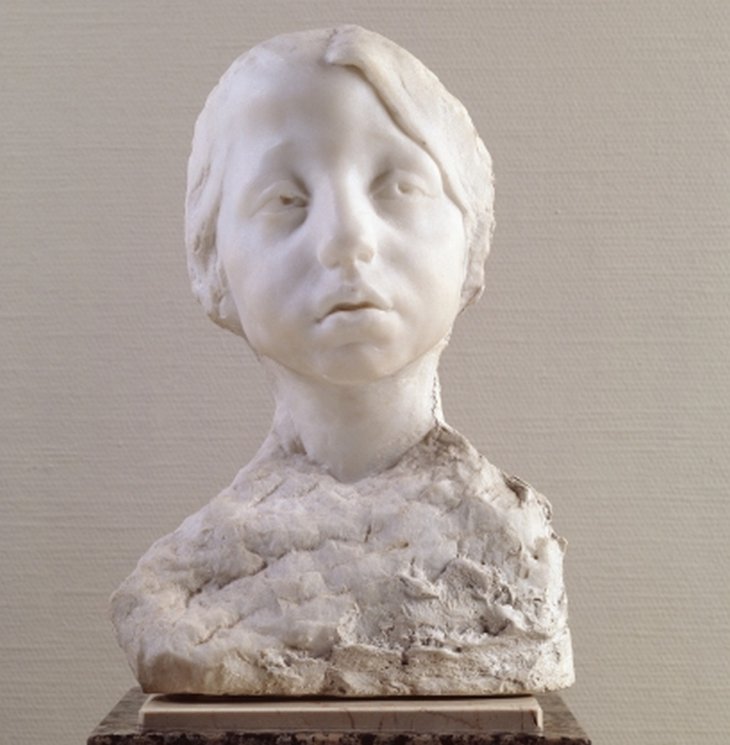 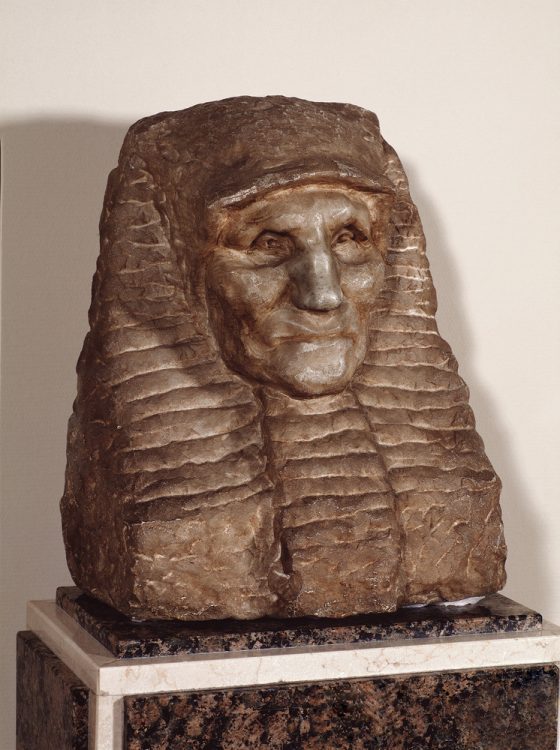 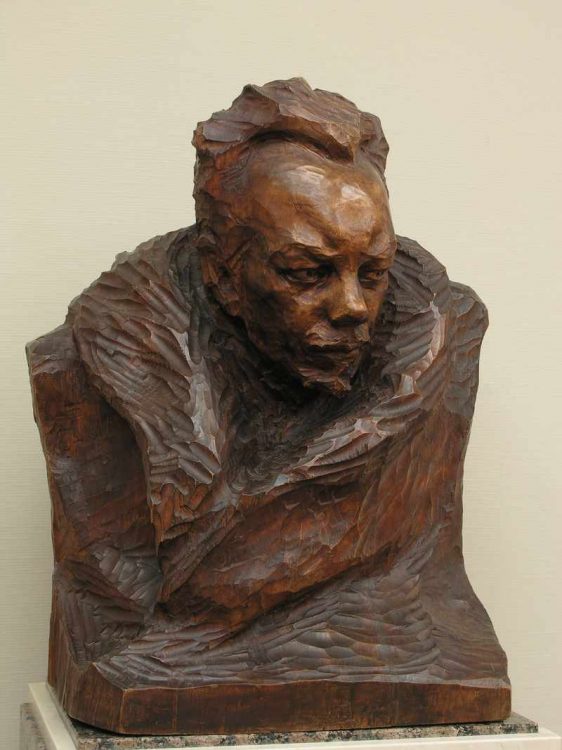 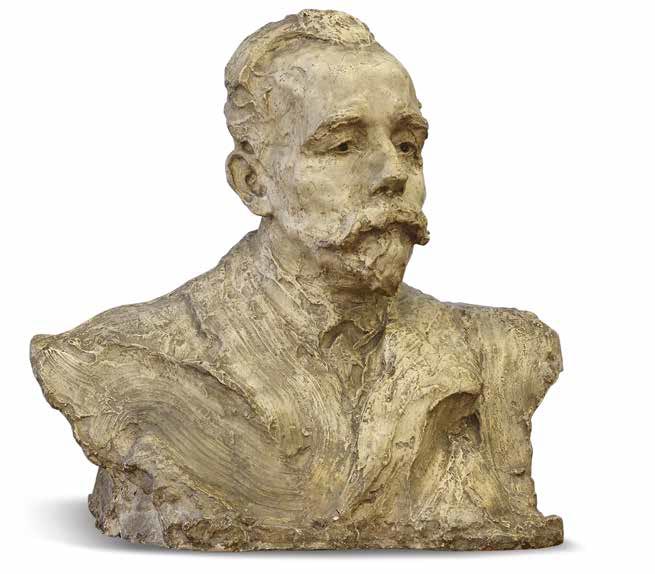 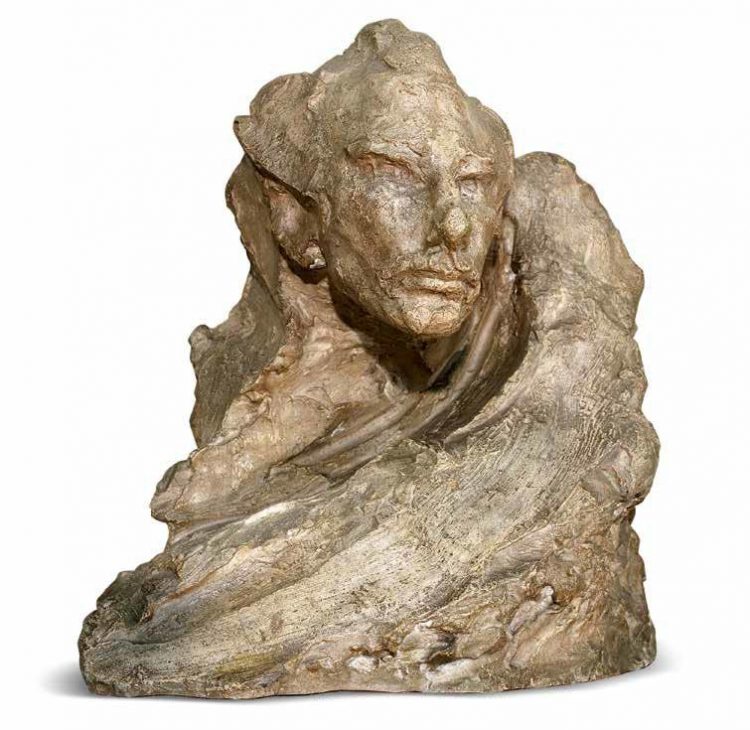 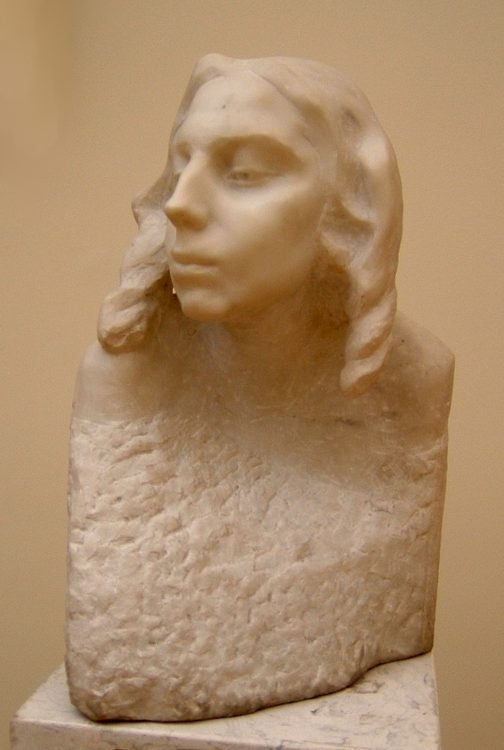