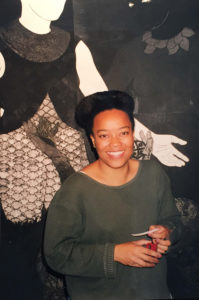 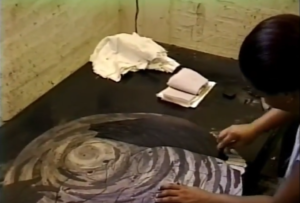 “Although my work deals with a theme as specific as the beliefs, rituals and myths of the Abakuá Secret Society, this does not mean that it is devoted solely to the population that practices and professes this faith. Above all, I am interested in questioning human nature – that fleeting feeling, spirituality, by which my art can be appreciated by a universal public, though it is very difficult at first sight to escape from the impression, the forms, and the image.” This is how Belkis Ayón described her practice in a manuscript circa 1993, in her archives. Her career that was interrupted very early, by suicide at the age of 32. Graduating from Academia Nacional de Bellas Artes San Alejandro in 1986 and from the Instituto Superior de Arte in 1991, both in Havana, Ayón irrupted on the Cuban and international contemporary art scene at only 20 years of age. Since her first exhibition Propuesta a los veinte años [Twenty Years Proposal] (1988) her work demarcated a before and after for Cuban and Latin American engraving, due to the technical excellence of her large-format assembled collographies and the postmodern nature of her artistic research.

B. Ayón used the oral tradition inherited from Abakuá, a religion of African origin that arrived in Cuba since the 19th century, and which is practiced exclusively by men. Based on book readings and the friendship with prominent Abakuá intellectuals, B. Ayón became familiar with this religion and created an iconography mixed with symbols from varied religions. She thus articulated a universal discourse about censure, violence, intolerance, gender discrimination, the control exerted by those in power, among other many signs of social breakdown that characterized Cuba in the 1990s, as immediate consequence of the collapse of European socialism, on which the country’s life was dependent. Next to other outstanding artists from her generation (Los Carpinteros, Fernando Rodríguez (born in 1970), Tania Bruguera (born in 1968), 1992-2018), Ayón reflected the national reality from a conceptual and critical standpoint through a personal and unmistakable visual language.

The year 1991 marked a turning point in her career: she created her largest installations – assembled polyptychs of up to 18 sections (Pa´que me quieras por siempre [For you to love me forever], 1991) – and developed complex collographic matrixes – collage of very diverse materials – that, when inked and printed achieved all possible shades of whites, blacks and grays and almost mysterious textures ideal for the human drama contained in her works. Her participation in the biennials of Havana in 1991, Venice in 1993, and Gwangju in 1997 signalled her as an emerging international figure. The early acquisition of  works by important collections (Museo Nacional de Bellas Artes, Havana; Museum of Modern Art, New York; MOCA, Los Angeles; Ludwig Forum for International Art, Aachen, among others), and the three international prizes obtained (1e. Internationale Grafiek Biennale, Maastricht, Netherlands and Encuentro Nacional de Grabado, Havana  both in 1993 ; and  XII Bienal de San Juan del Grabado Latinoamericano y del Caribe, Puerto Rico in 1997) turned her into a permanent presence in exhibitions and specialist publications of Europe, Asia and Latin America.

Twenty years after her death, in 2019, Nkame: A Retrospective of Cuban Printmaker Belkis Ayón, a major exhibition of her work is travelling to museums of the United Sates and the critics list it among the most notable exhibitions of contemporary art, which reinforces the aesthetic value of her engravings and the social and ethical validness of her message, irradiated behind the veil of the myth. 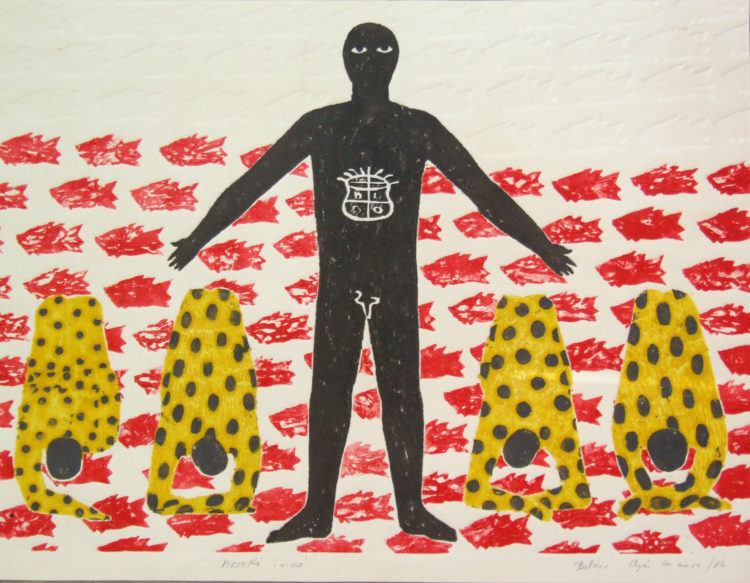 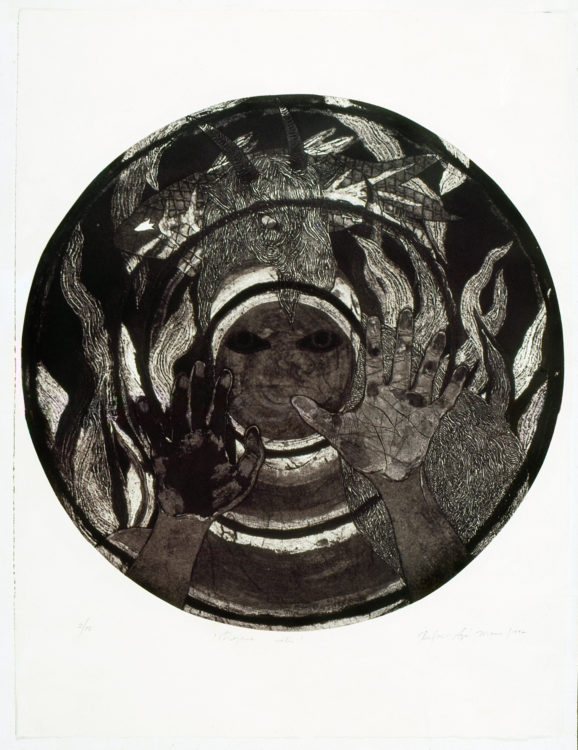 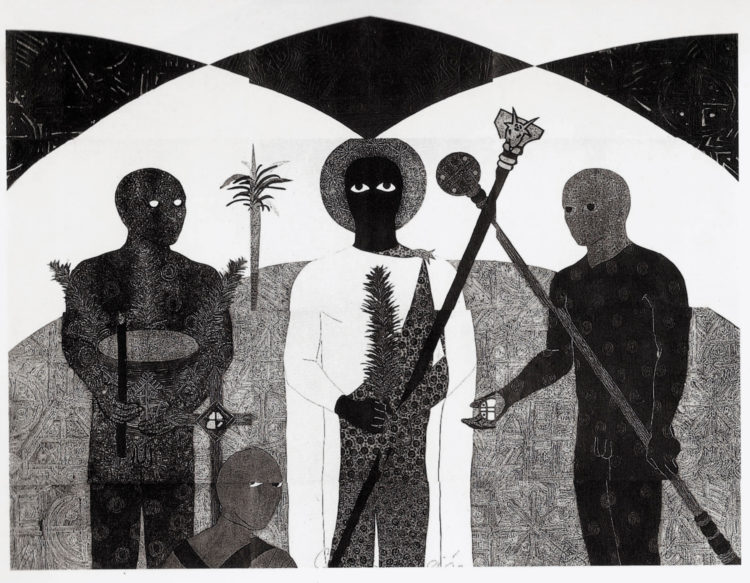 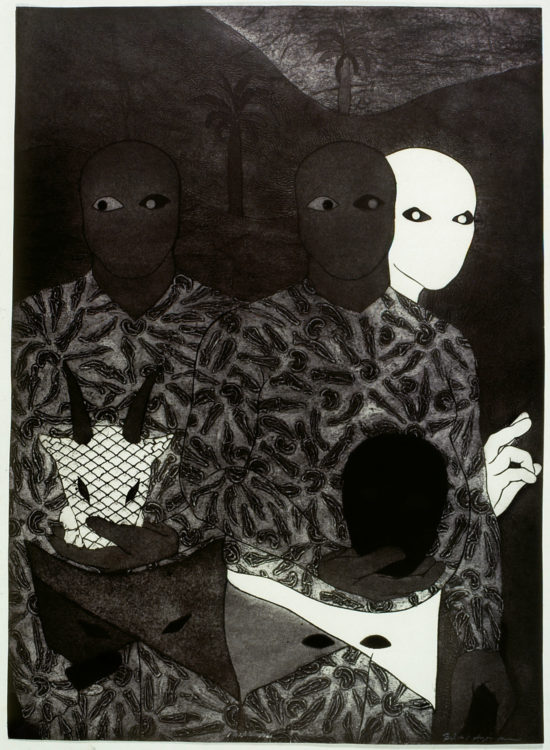 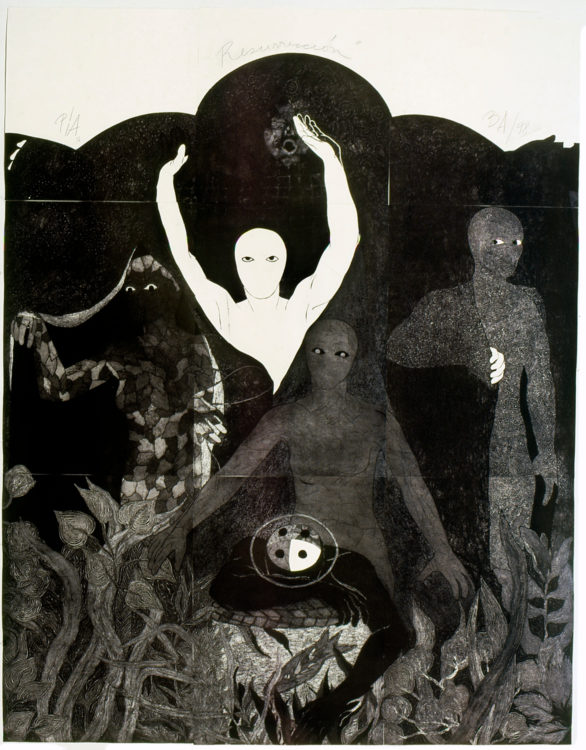