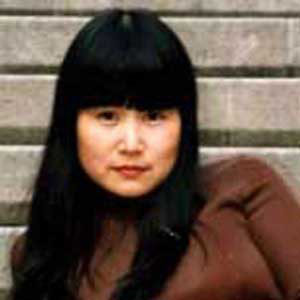 Cai Jin (蔡锦) currently lives and works in Beijing. She attended Anhui Normal University in Wuhu to study fine art in 1986, including late-19th century European art, citing modern masters including Vincent van Gogh (1853-1890), as initial sources of inspiration. After graduating in 1989 she moved to Beijing to study painting at the Central Academy Fine Arts (CAFA). Cai Jin arrived in the city following the infamous China/Avant Garde exhibition, the first major survey of contemporary art, held at the National Art Museum, and during her two years in the city she was exposed to a plethora of artists and radical and experimental art practices. Following her graduation in 1991 her work began to appear in a number of significant exhibitions, including China’s New Art, Post-89 in Hong Kong and Mao Goes Pop: China Post-1989 at the Museum of Contemporary Art in Sydney (both 1993). Such exposure brought a good deal of attention to Cai’s paintings, also as she was only one of a handful of women artists in a predominantly male-dominated art world.

Cai Jin subsequently found herself exhibiting in more shows dedicated to women, including Nǚxìng yú huā [Woman and Flower, 1997, Beijing], organised by trailblazing feminist curator, Liao Wen, and Breakthrough: Work by Contemporary Chinese Women Artists (2013, Bowdoin College, United States). In addition there has been a great deal of discussion around the feminist aesthetic in her work, and when pressed on the subject she agrees with the analysis. Instinctiveness is one of Cai’s well-documented traits, as she has always emphasised the creative process – the rendering of the brushstrokes and the feeling of the painting emerge through this process – and her distinctly vibrant, fluorescent-hued palette. She sees gestural expressions and mark-making to be vital components in her paintings. The notion of chance also plays its role, as Cai tends not to plan out her work in advance and began a more experimental approach to painting.

In 1995 Cai began painting directly onto used household items – mattresses, sofas and bicycle saddles – initially in a seemingly radical effort to incorporate these as both props and sculptures. She then moved on to painting directly onto bathtubs, cushions and duvet covers, plus women shoes, all of which she found rummaging through second-hand stores during her years in New York (1997-2007). She would daub the surfaces of these items with various deep, ox-blood tones, sometimes positioning the shoes on top of or inside a bathtub containing red-soaked, painted duvet covers. The installations convey an air of disquiet, as if the viewer was witness to some traumatic incident involving an absent body.

Cai is however best known for her 20-year plus series of paintings with their unique concordance of the plantain. The series, Beauty Banana Plant, began in 1991 and the artist has gone on to paint more than four hundred large-scale works on canvas. These jubilant, surreal and densely painted works in luminous shades of reds and pinks depict an array of collapsing, ripened leaves, which she happened upon on a return visit to her hometown of Tunxi. The images of these fleshy, spirally, ripped fruits and their leaf sheaths have evoked associations with female sexuality, yet also with decay and mortality. This kind of typography with its repetition of cycles in nature continued when in 2008 her primary subject shifted, with her Landscape series. These appear less controlled both in technique and subject matter – a myriad of abstract organic and bacterial, cell-like, floating forms resemble scattered seeds, flora and cloud-like billowing masses. In 2016 Cai Jin was the recipient of the Creativity Prize, awarded by the Zhu Naizheng Art Prize. Currently she divides her time between her practice and teaching at the Tianjin Academy of Fine Arts. 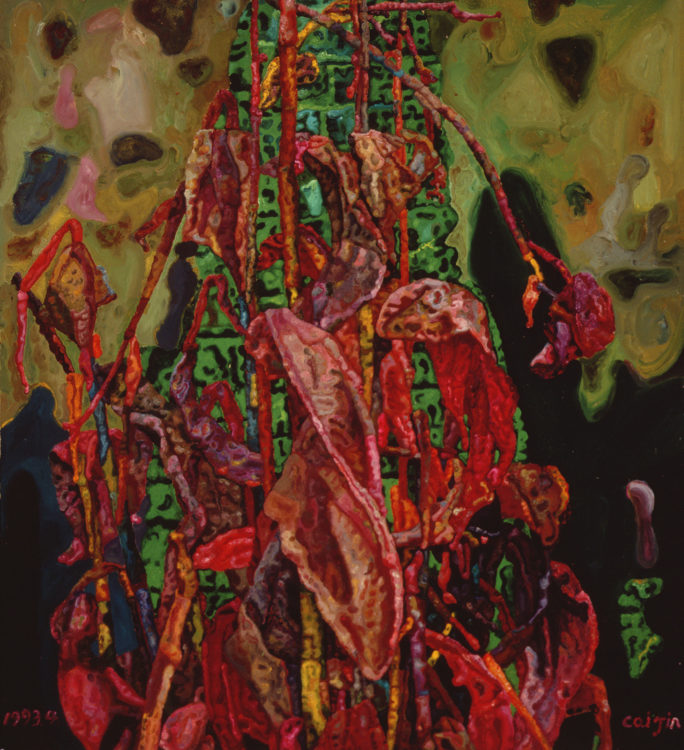 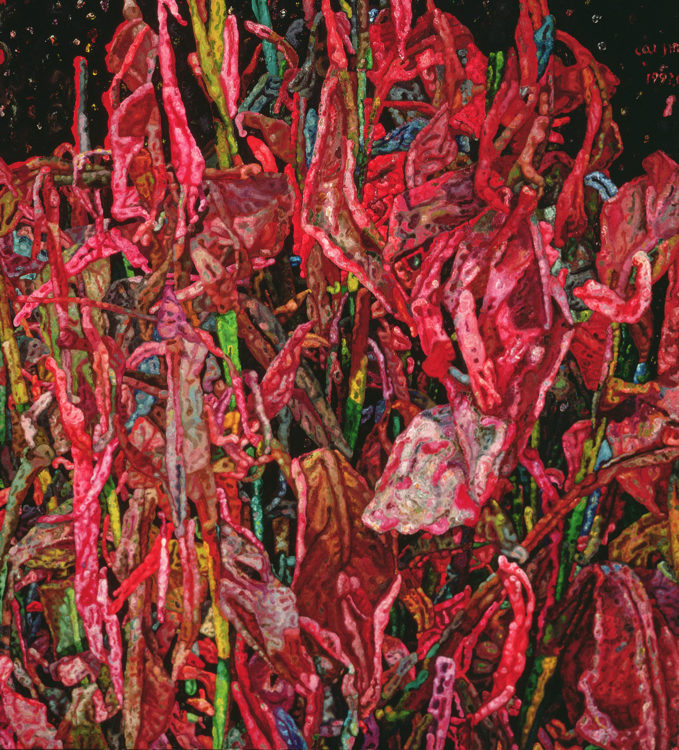 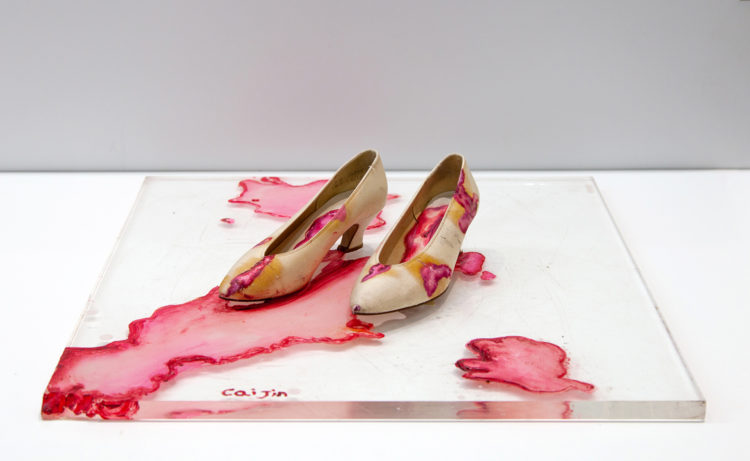 As the People’s Republic of China celebrated its 70th anniversary, the cult of President Xi Jinpi... Read more
Artists
Discover other artists 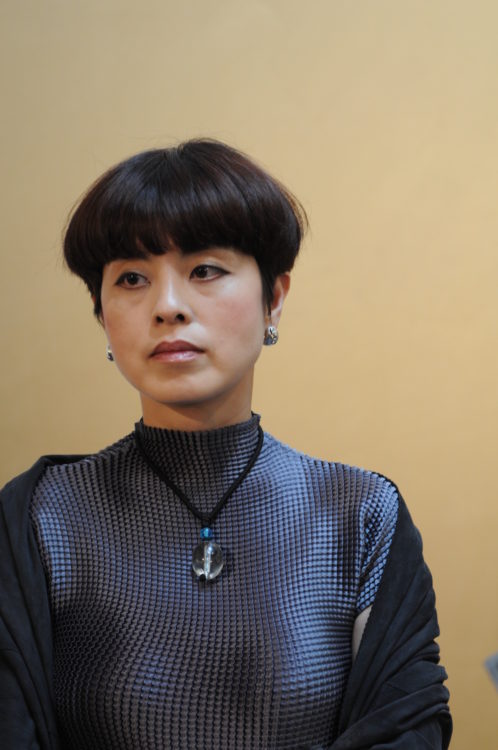