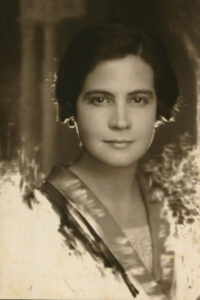 Elena Izcue did much to steer the Peruvian design world towards embracing its pre-Columbian heritage. Over the course of her career E. Izcue developed an oeuvre of both fine art and luxury design objects based around pre-Columbian iconography. While her works were intended for a global elite audience, their legacy has had a lasting impact on Peruvian national identity and the promotion of its patrimony and industries abroad.
E. Izcue began her career under the tutelage of the Peruvian government in the 1920s, creating state-commissioned paintings and murals. She matured as an artist during the mid-1920s, when she led a design style best termed “pre-Columbian revival”. This particular style was situated within the larger, pan-Latin American movement of Indigenismo, a literary and artistic movement that aimed to reconfigure the indigenous population’s place in society through an aspirational vision of modernity.

Her design interests also coincided with the archaeological discoveries of Max Uhle and Julio Tello, whose excavations of pre-Columbian ceramics and textiles in the 1910s and 1920s brought ancient Andean designs to the global imagination. E. Izcue studied Andean archaeological objects in Lima museums and she and her twin sister Victoria Izcue (1889-1976), designed an Inka Room in the Museo de la Nación in connection with the centenary celebration of Peruvian Independence in 1921. She also began creating paintings, ceramics and drawings based on her observations. Her work combined the iconography of the pre-Columbian Nazca and Chancay cultures with elements of Art Nouveau, resulting in slightly abstracted, simplified imagery and patterns based around archaeological source material. In 1926 she published an illustrated schoolbook, Arte Precolombino en la Escuela [Pre-Columbian Art in School], aimed at familiarising Peruvian schoolchildren with their nation’s history and aiding in modern artistic instruction infused with local models. E. Izcue subsequently received a state travel grant and relocated to Paris with her sister in 1927, where she studied printmaking and graphic arts with artists such as Fernand Léger (1881-1955) and began a foray into the world of fashion.

From 1928 to 1938 E. Izcue and her sister operated a small textile studio on Rue Madame, where they produced fabrics printed with geometric, pre-Columbian revival designs in muted tones. Several couture houses in Paris, including Worth and Schiaparelli, began purchasing her hand-printed textiles during this period. Through her couturier clients, she began to circulate among the global elite. She became close with J. P. Morgan’s daughter, Anne Morgan, who brought her garments to be privately sold in New York City in the late 1930s. The sisters remained connected to their home country during their time abroad and assisted in organising Peru’s national pavilions for the Exposition Internationale des Arts et Techniques dans la Vie Moderne, in Paris in 1937 and the New York World’s Fair in 1939-1940.

Though the Second World War forced E. Izcue to return to Peru – where she would live the remainder of her life quietly as an artist and educator – the prescience of both her designs and artisanal production strongly resonates with the work of countless designers and artists working throughout Latin American today. 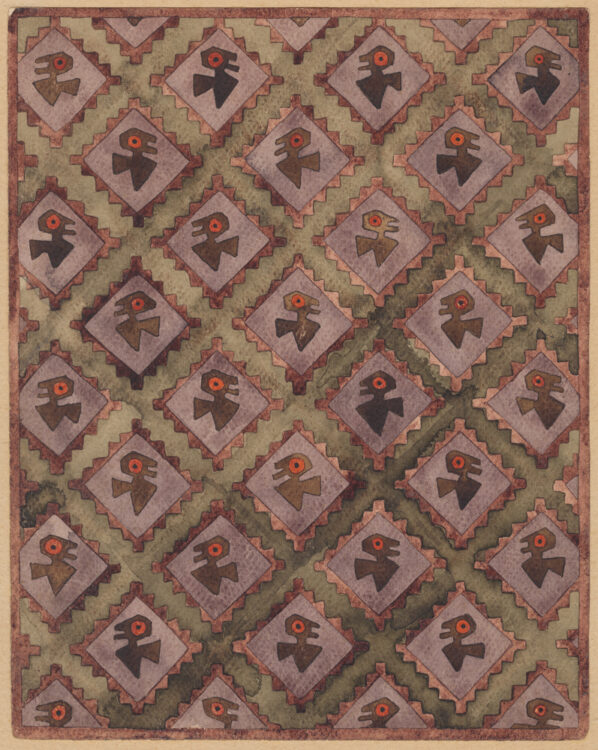 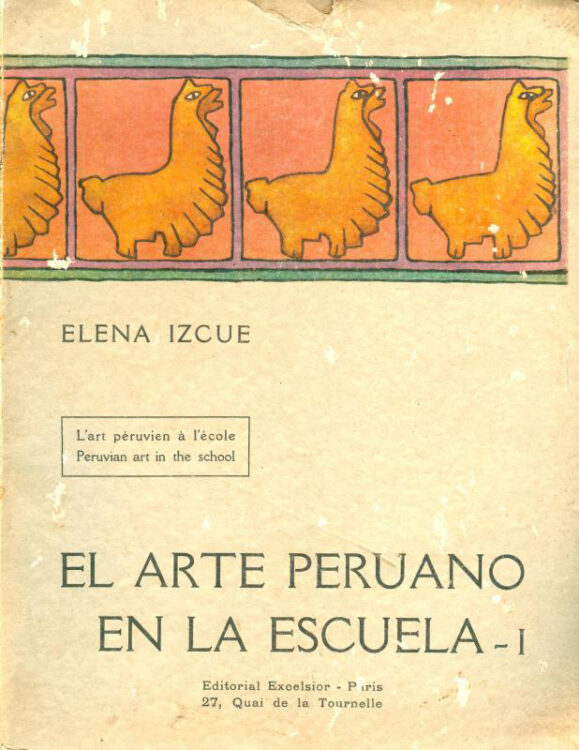 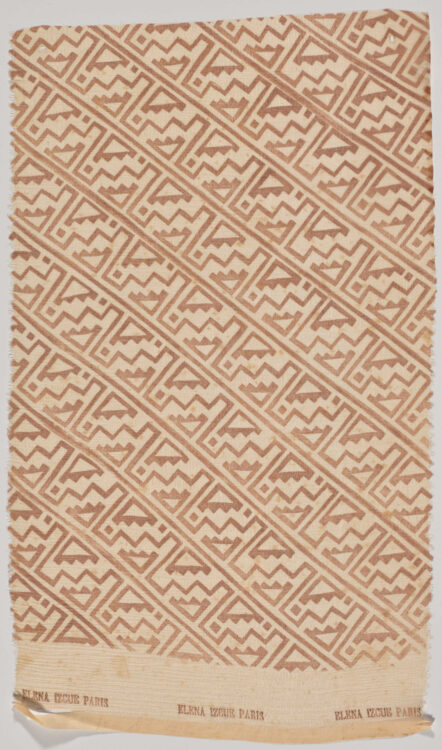 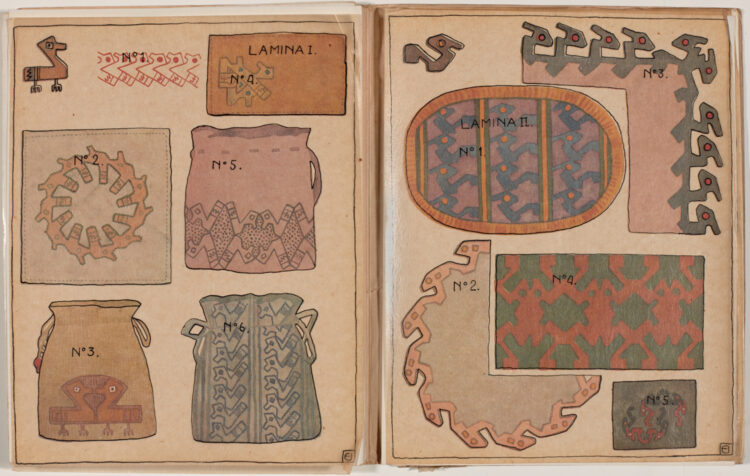 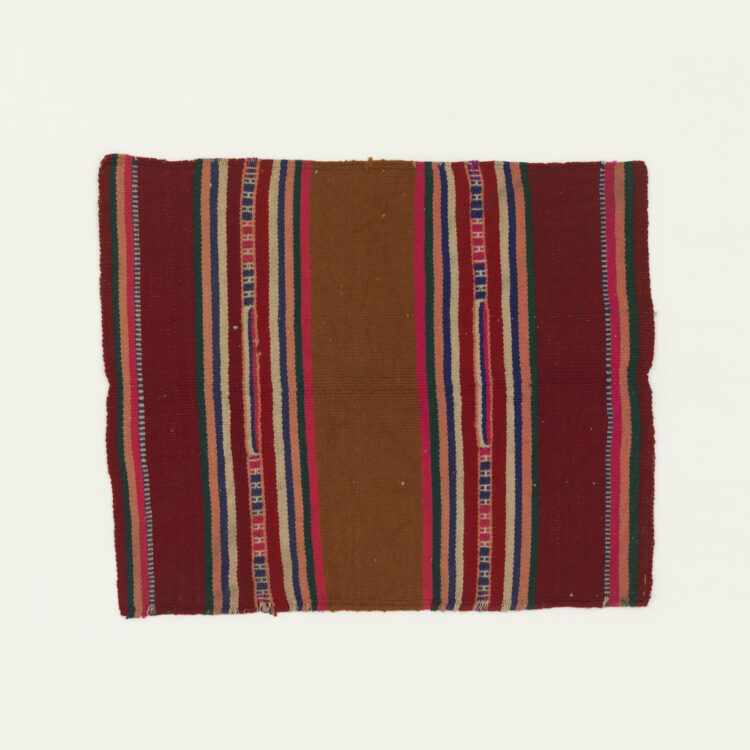 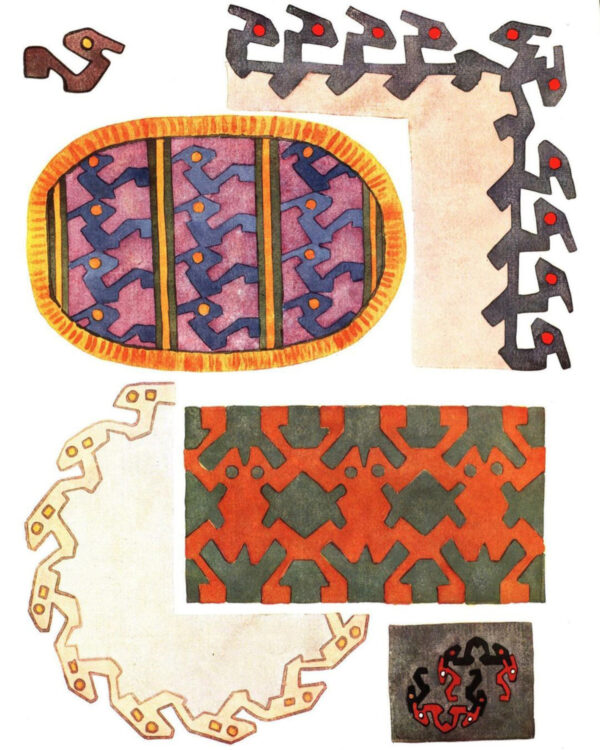 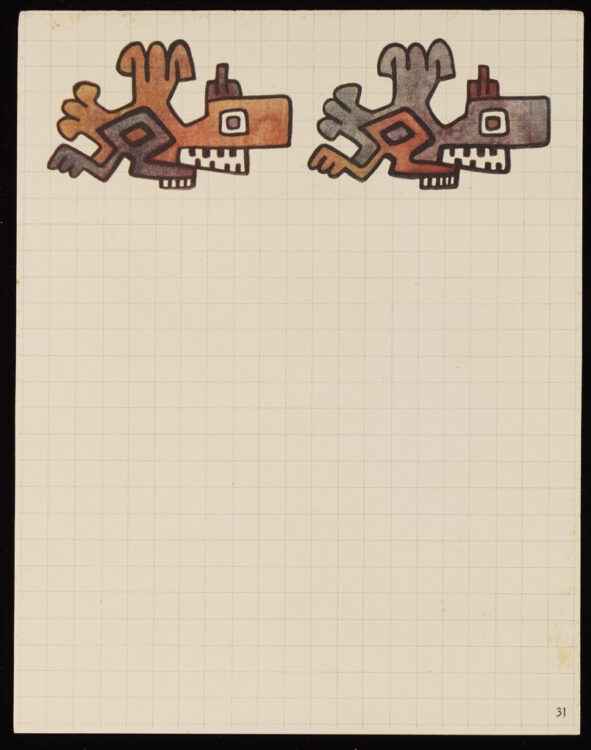 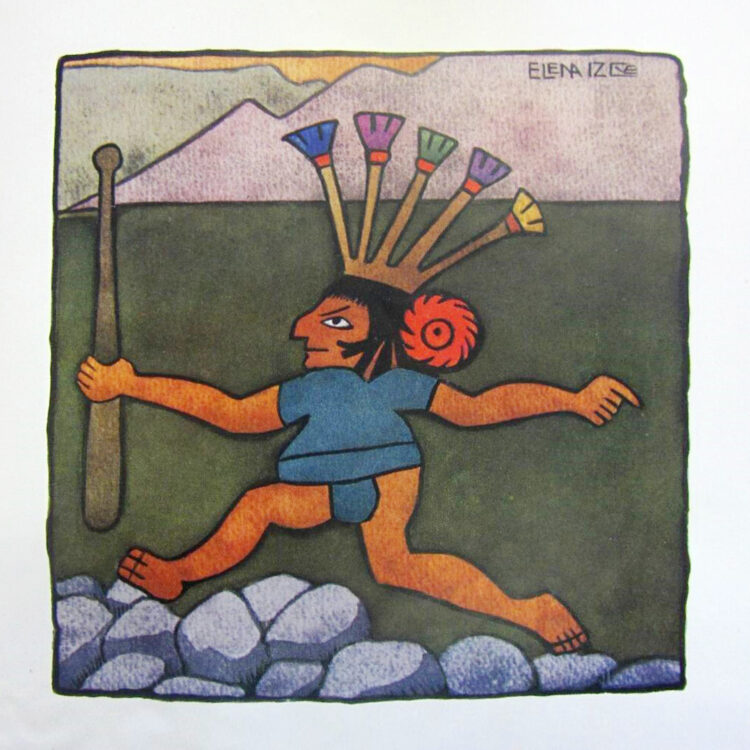 At the turn of the 20th century, the Paris of the Third Republic had not yet ceded its place as t... Read more
Artists
Discover another artist