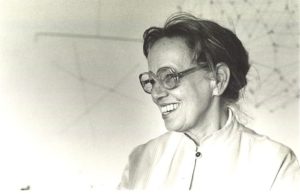 Questioning the line : Gego in context, International Center for the Arts of the America, Houston, 2004 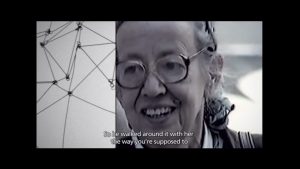 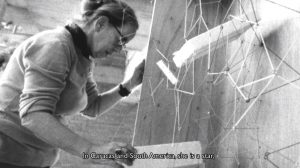 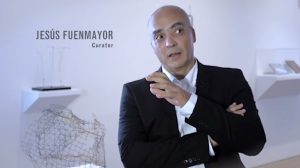 The sixth of seven children born to a Jewish family of bankers, Gertrud Louise Goldschmidt received a degree in architecture and engineering from Stuttgart Technology University in 1938. Racist tensions forced her to flee Germany and, after a brief stay in London, she finally settled in Caracas in 1939. It was in Venezuela that she began her artistic production in 1953, when she moved in with the painter and sculptor Gerd Leufert in Tarma, a small town on the coast. After working for several architects, she began to draw landscapes. As from 1957, she started making pencil drawings with parallel lines and created her first three-dimensional pieces. Between 1957 and 1971, she continued her work on parallel lines, using a variety of materials and tracing straight-line squares that she converted to sculpture. She became affiliated with the Kinetic movement, although her originality eventually drew her away from its aesthetics. In 1969, she began using fine stainless steel wires to make her “Reticulárea”, pieces that explore the structure of meshes – a weft in which the work loses its centrality and interacts with space by modulating it. Her first “Reticulárea ambientación” (Environmental reticulárea, 1969), shown at the Museo nacional de Bellas Artes (Chile), consists of an enormous network of wires of various gauges, cut into pieces and assembled following neither plan nor precise and controlled system.

Like her previous pieces, it is an environment without beginning or end. The dynamic conception of Gego’s abstract shapes is influenced by the new theories of nuclear physics, creating a cosmic space that is no longer delineated and static like Cartesian space. Between 1970 and 1971, she created another series of works entitled “Chorros” (Jets), which consist in cascades of vertical, zigzagging lines, in which the chaotic effect is amplified. From 1976 to her death, she completed the last step of her work with the series “Dibujos sin papel” [Drawings Without Paper], mural pieces made out of wire and other everyday materials (screws, bolts, buttons), which, instead of having one single configuration, contain a combination of systems. With this series, she returned to paper and drawing, the mediums that gave birth to her art. 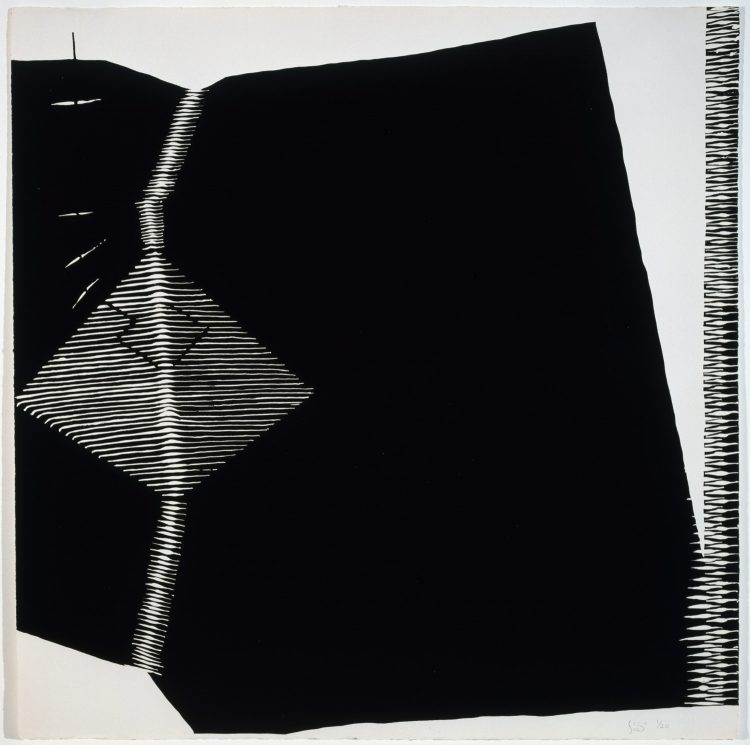 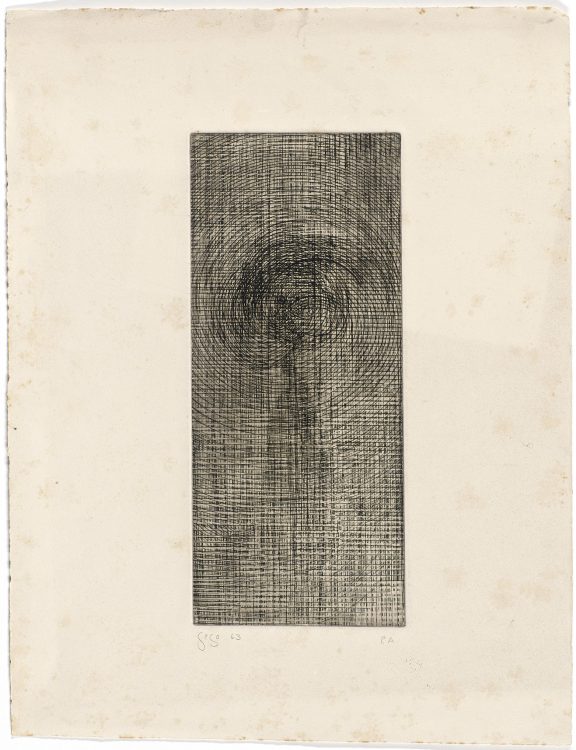 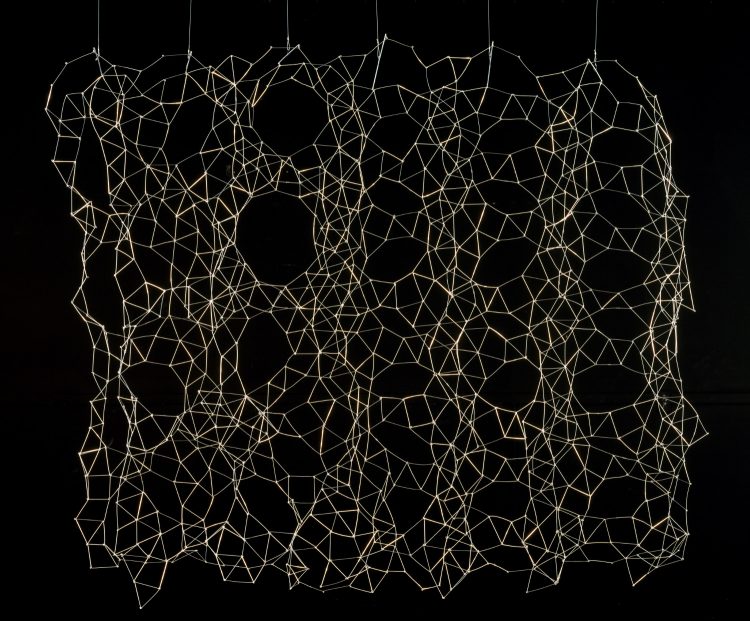 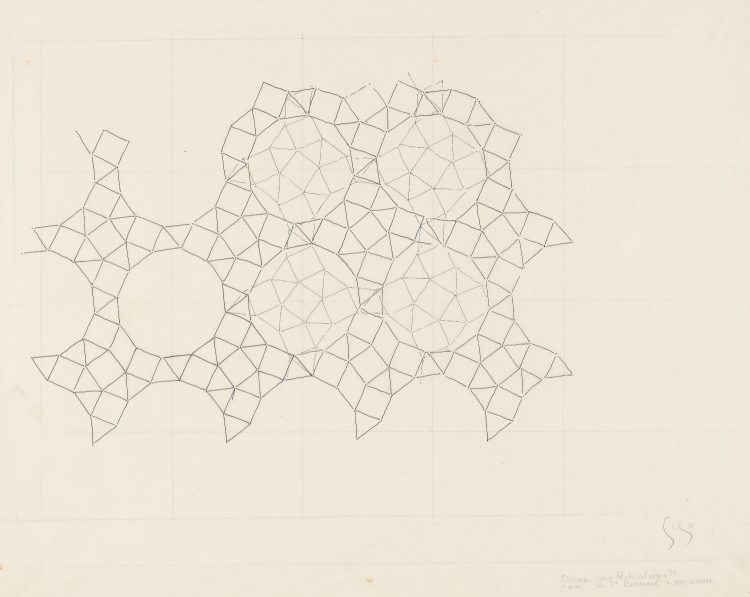 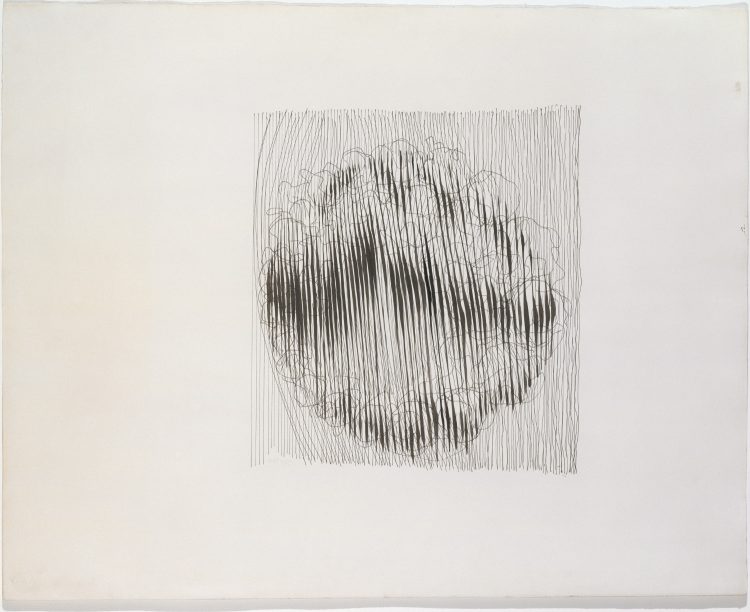 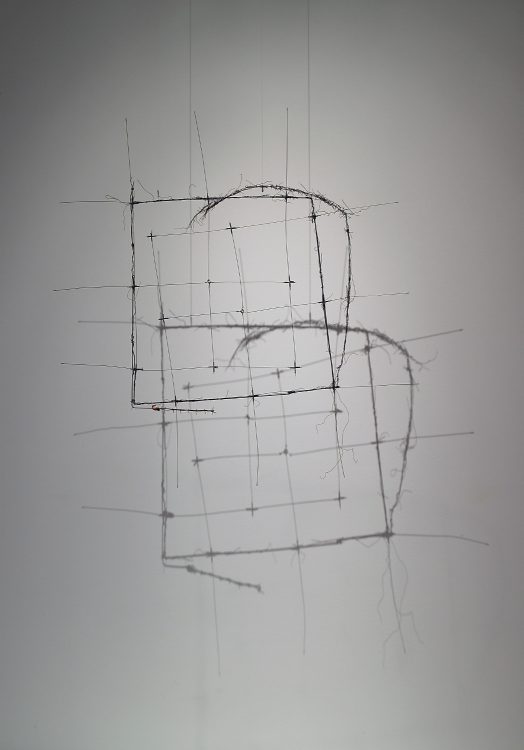