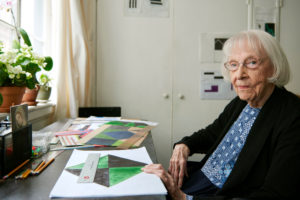 “Purification … and elimination of all that is not essential” has always been at the heart of Carmen Herrera’s painting, as the artist herself has said. This desire for formal simplicity associated with a vibrant sense of colour has made her one of the most important figures of geometric abstraction and minimalism in the second half of the 20th century. Born in Cuba in 1915, C. Herrera lived between Havana and Paris in the 1930s and 1940s before moving permanently to New York in 1954. She studied architecture at the Universidad de La Habana (1938-1939), then fine arts at the Arts Students League in New York (1942-1943) where she met Abstract Expressionist artists, notably Barnett Newman (1905-1970) and Ellsworth Kelly (1923-2015). From 1948 to 1952 she became known in Paris where she participated in the Salon des réalités Nouvelles, an annual exhibition that presented the trends in abstraction, from concrete art to geometric art, as well as more allusive figurative forms. An enthusiast of the Suprematism of Kazimir Malevitch (1879-1935) and Piet Mondrian (1872-1944), as well as De Stijl, which favoured pure colours and forms as well as mathematical and dynamic compositions, she progressively abandoned the lyrical and interlaced forms from her early canvases for stretched triangular patterns with precise contours.

In one of her most important series, completed after her return to New York, Blanco y Verde (1959-1971), C. Herrera developed compositions in which symmetry, asymmetry, spatial tensions and rhythms were predominate. Sharp lines associated with highly contrasted flat surfaces give her minimal paintings their dynamism. Long unknown in the art world dominated by masculine abstraction, the artist continued to paint for almost six decades, only rarely exhibiting her work to the public. It was not until 2004, at the age of 89, that she sold her first painting. Since then, C. Herrera has finally enjoyed the success that she deserved. The Whitney Museum of American Art dedicated a major retrospective to her work in 2016-2017, Carmen Herrera: Lines of Sight, and the most important international museums have since recognised her fundamental contribution to abstraction and minimalism.

In 2019, at the age of 104, C. Herrera continues to paint daily, drawing motifs in pencil on graph paper, then in marker on vellum, before transposing the work in a large format, still mixing geometric abstraction and the expressionism of colour. 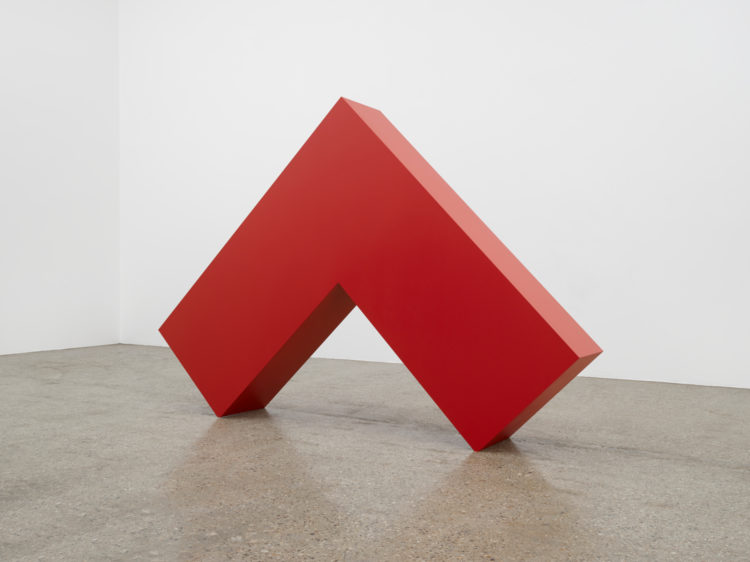 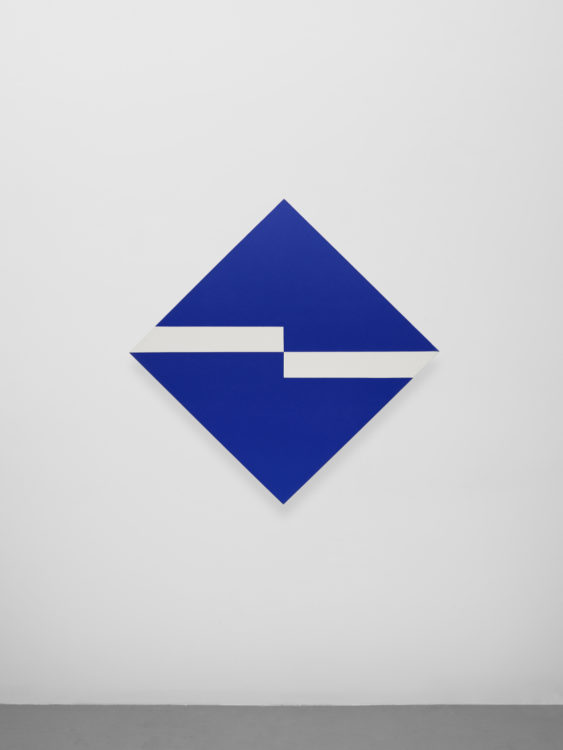 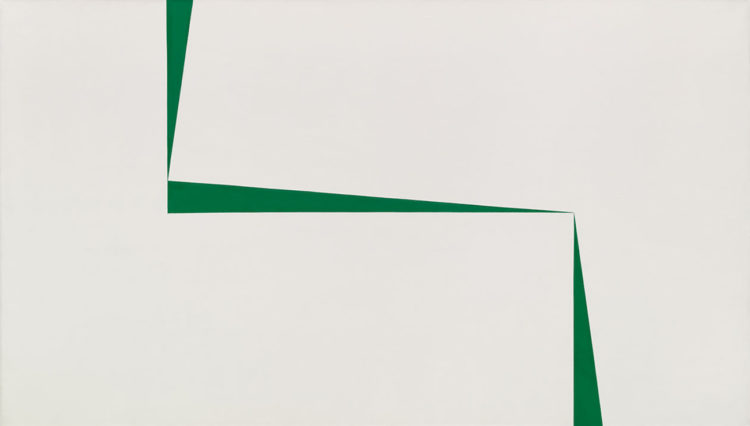 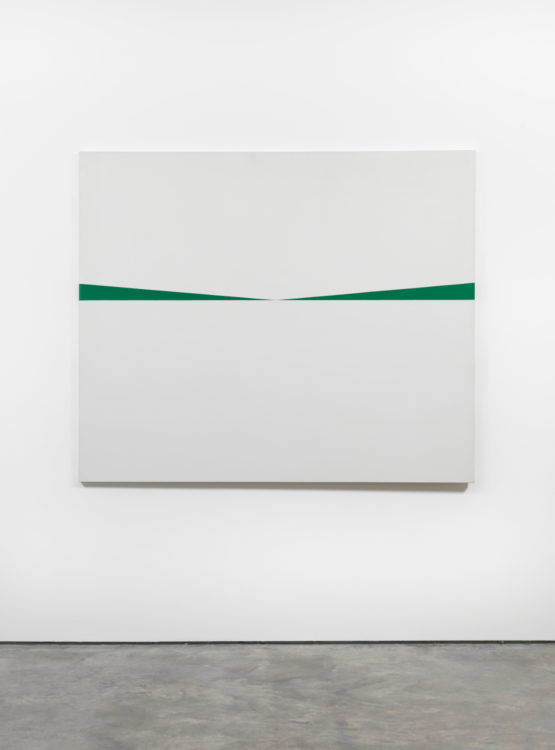 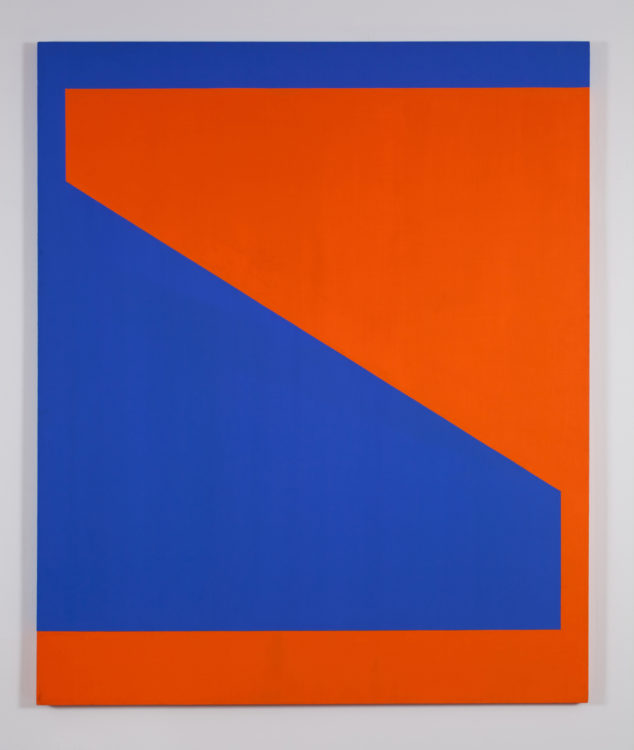 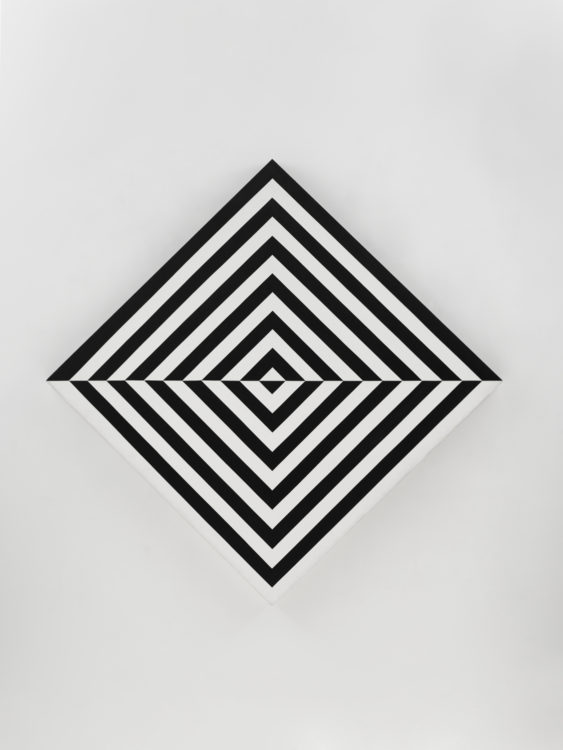 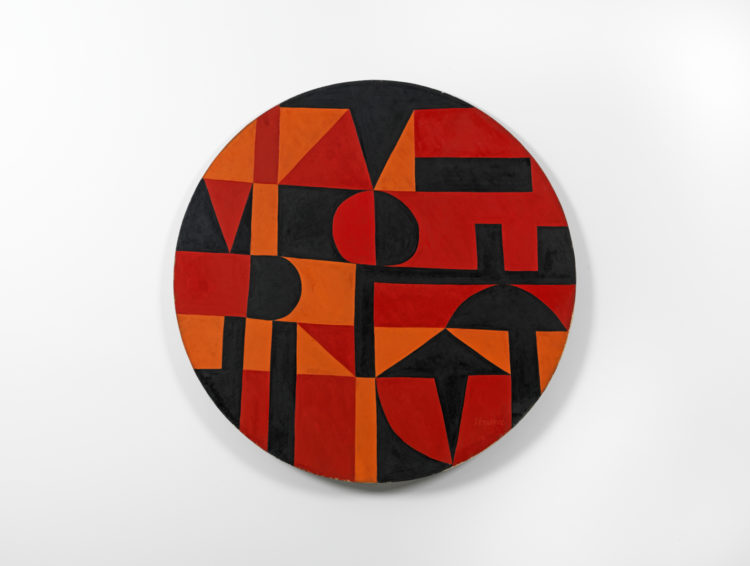 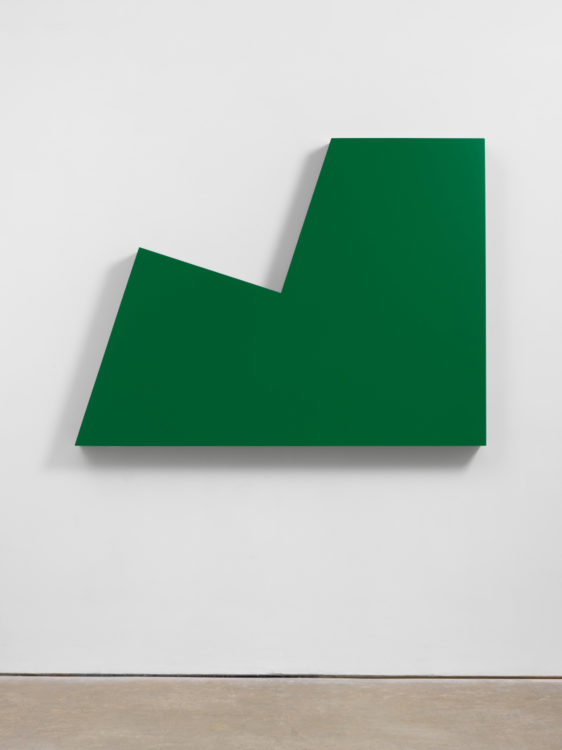 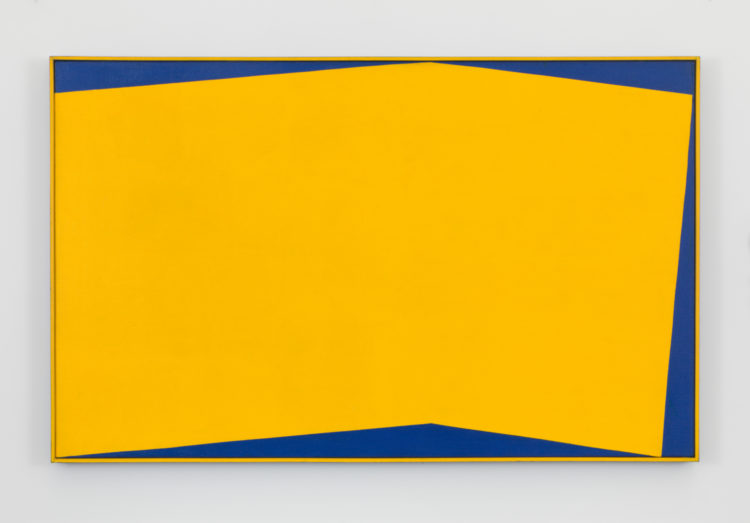