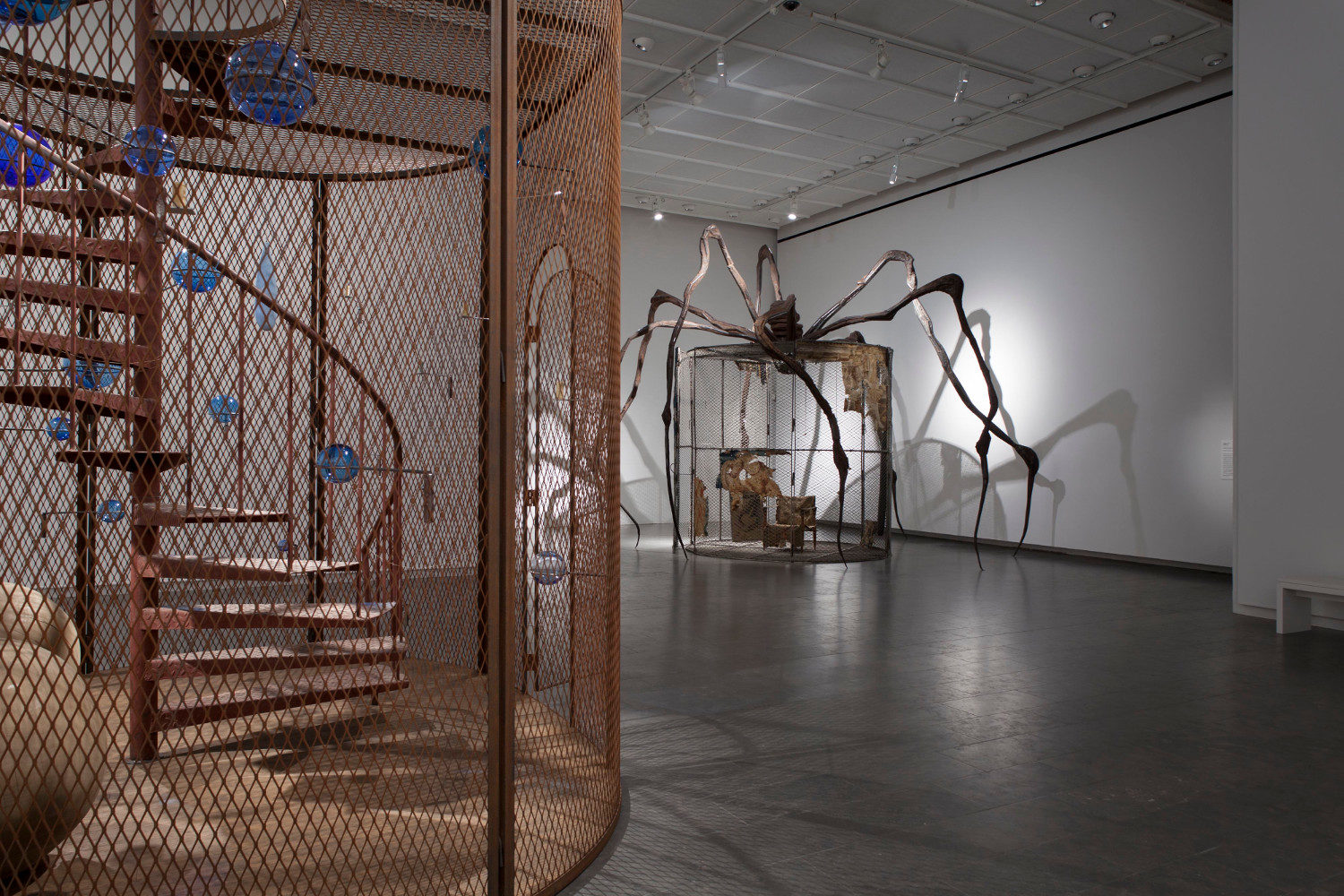 Recognised today as one of the leading artists of the second half of the 20th century and early 21st, the career of Louise Bourgeois stretched across eight decades, her work evading all artistic categorisation. 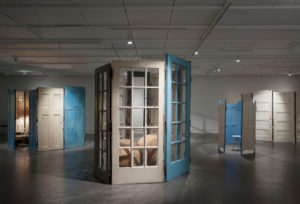 Louise Bourgeois was born in Paris in 1911. In 1932 she enrolled at the Sorbonne to study mathematics but gave up this subject to study art in various ateliers, including that of Fernand Léger. In 1938 she married Robert Goldwater and settled in New York where she began to create her own works, predominantly sculptural.

Two decisive biographical events are useful to understanding the artist’s work: the death of her father in 1951 allowed her to begin seeing a psychoanalyst and thus become aware of the possibilities for relief offered by the outlet of memory. She then began to produce powerful work deeply linked to her memories of her childhood. Her art strongly dissects her fears as an infant, the relationships between the family members, and the omnipresence of the body. These works were of medium size as she was juggling her art with the roles of a wife and mother and did not have available to her a workspace sufficient for the research necessary for the creation of monumental works. The personal subjects she dealt with were therefore treated using a format that bordered on the confidential.

The death of her husband in 1973 marked a key stage in Bourgeois’s career. In 1980 she moved into a new and much larger studio in Brooklyn where she began to create works architectural in size. This material freedom allowed her to produce works requiring the greatest physical investment of her entire career – her Cells – at the age of 70. 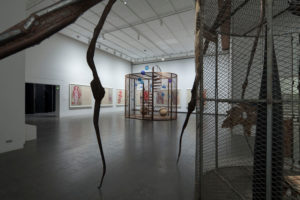 Her research still being in its early days, these works were not included in a large exhibition dedicated to her work at the Museum of Modern Art in New York in 1982, the first large retrospective dedicated to a woman artist there. Structures of Existence: The Cells is the largest exhibition of Bourgeois’s Cells. It includes a selection of small sculptures, paintings and drawings, but above all 25 cells lent by important international collections. The word “cell” has several senses, suggesting equally a place of confinement – whether in prison or a monastery – and the biological cells of living organisms that that both enclose and protect.

Each Cell plays on the pleasure to be had in voyeurism – that of watching others and being watched. The cells attract or repel each other, and create an urgent need in the visitor to combine, merge or disintegrate the pieces. 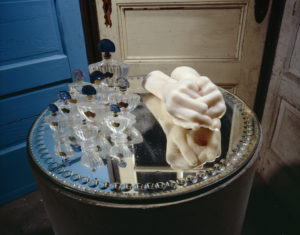 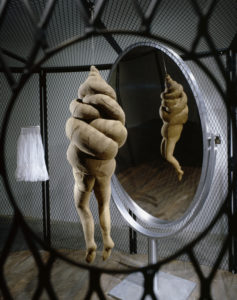 The artist’s construction of the Cells was directed by a desire for a particularly physical confrontation. These hybrid places, being both closed and open, entail a direct encounter between the visitor and the work since they comprise a mixture of recuperated architectural materials like old doors, windows, wire mesh, glass and sculptural fragments. Inside each of these closed environments Bourgeois created authentic scenes with almost theatrical settings, in which she developed a personal mythology. It is all a question of space: space in combination with the body, but also with the emotional and psychological space.

Louise Bourgeois was deeply involved both psychically and physically in her work until 2010, the year she died at the age of 98. This unique exhibition by an unconventional artist is currently open in Louisiana where it fills all of the south wing: 13 October 2016 – 26 February 2017. The exhibition was previously mounted at the Haus der Kunst in Munich, in partnership with the Garage Museum of Contemporary Art in Moscow (27 February – 2 August 2015) and the Guggenheim Bilbao (18 March – 4 September 2016).