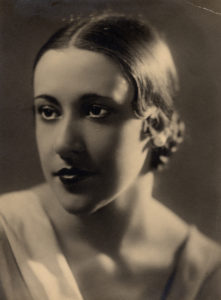 Giannina Censi, the first and only proponent of the Futurist art of aerodance, was born the same year her aunt Rosina Ferrari received her pilot’s licence as the first Italian women aviator. G. Censi would sometimes fly with her. After training in classical ballet in Paris, G. Censi returned to Milan, where her musician father introduced her to his friend Filippo Tommaso Marinetti. She told F. T. Marinetti that she wanted to revolutionize dance, and he in turn was fascinated by the idea of a conjunction of dance and aviation, which accorded well with his 1917 Manifesto of Futurist Dance, in which he foresaw a new form of dance. F. T. Marinetti included G. Censi in his Futurist dance tour entitled Simultanina, from 28 May to 16 June 1931. He asked her to invent a dance to accompany his poem “A mille metri su Adrianopoli bombardata” [A thousand metres above bombed Adrianople]. He also encouraged her to fly with the acrobatic pilot Mario de Bernardi so as to experience for herself the strong emotions produced by dangerous aerobatics; “In my dances, I have used my body to express what Bernardi expressed with his aeroplane”, she said. It was this powerful and fearsome experience of reality that inspired the precision and acuity of her Aerodances at the Galleria Pesaro de Milan, on 31 October 1931. She performed the dances again at the opening of other Futurist exhibitions, always dancing without music, accompanied only by syllabic sounds, screams, whispers, and vocal trills that echoed the “vrumfv” and “sumf ” sounds of Marinetti’s “words-in-freedom” Aeropoems and the 1932 “aeropoems” of Bruno Sanzin and Nino Burrasca.

She also danced in dialogue with the vertiginous landscapes of “aeropaintings” by Enrico Prampolini, who designed her aviator’s leotard with its aluminium sheen. The style of aerodance that she invented was to become a source of inspiration for a number of Futurist poets and artists, who began to dedicate works to her. Tullio Crali, for instance, chose her dances as the subject of his series of aeropaintings and aerosculptures. She managed to infuse the machine-related imagery of Futurism with a new feminine spectrum of sensations, forms, gestures, and sounds. Her elegant angular and asymmetrical movements originated with Jia Ruskaja, the Russian high priestess of modernity launched onto the Futurist scene by Anton Giulio Bragaglia in 1921: G. Censi’s first appearance dancing to her choreography was at the Teatro Licinum in Erba in 1929. In 1932, G. Censi decided to set up her own school of dance, based on the principle that dance was the art of elevating the female soul, in both aesthetic and psychological terms, following ideals similar to those of her inspirational mentor.

Translated from the French by Thames & Hudson Ltd. 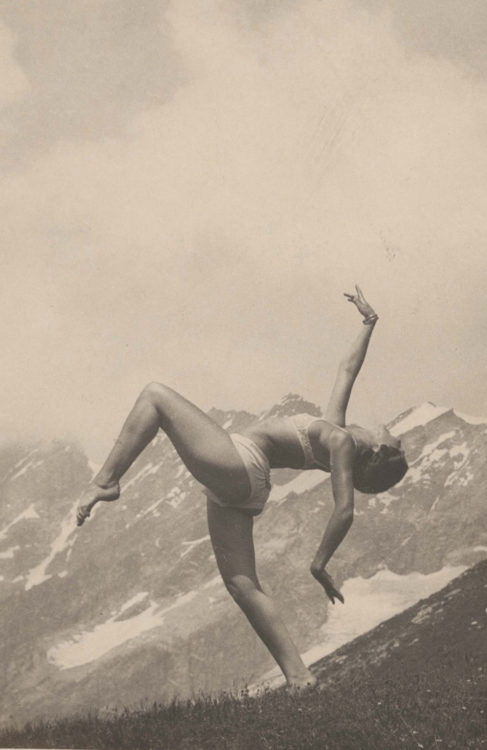 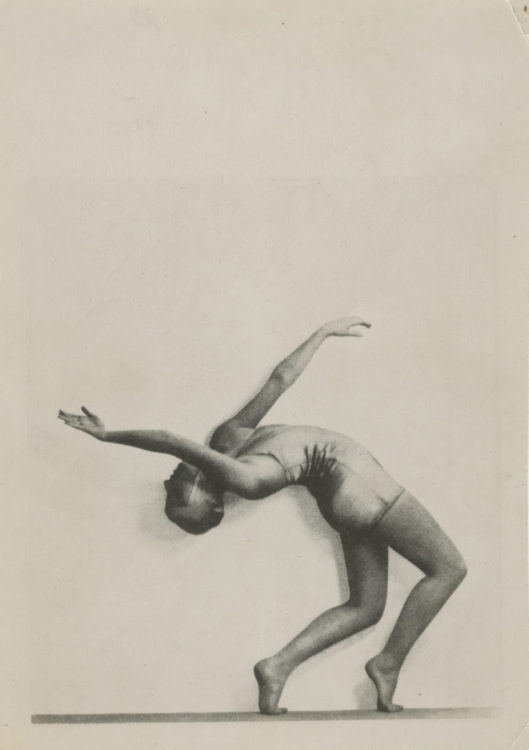