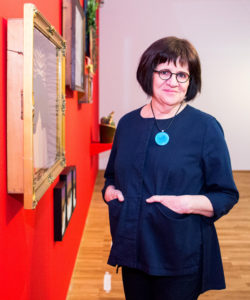 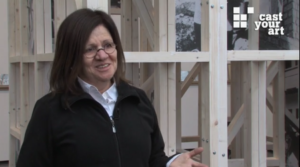 Gülsün Karamustafa holds one of the most important artistic positions in the second half of the twentieth century in Turkey. She was trained in the painting studio of Bedri Rahmi Eyüboglu (1911-1975) in the Istanbul State Academy of Fine Arts (now the Mimar Sinan Fine Arts University) between 1964 and 1969. G. Karamustafa shaped her oeuvre around nation, class and culture constructions in modern Turkey, notions of citizenship and human agency, colonial narratives, and cultures of resistance and migration forced by wars. In her artistic narratives based on humanist observations, many of her protagonists are women. From the mid-1970s, G. Karamustafa continues to produce artworks as a form of resilience and her media includes painting, installation, performance and video. She is one of the first artists who found their political poetics and freedom in Turkey’s then newly developing contemporary art which grew as a reaction to oppressive political and cultural conditions nurtured by the Turkish state.

Her base has always been Istanbul, a city that, like the artist, cannot be locked within binary definitions; this place has been more a state of mind for G. Karamustafa who likes to play with the methodologies of social and cultural historiography. “Who has the right to narrate history and why?” is a driving question for her relentless research. The mundane materials contained within human touch become a driving force in her colourful installations. From this particular position, she has been researching the crossovers between times and spaces, looking for undrawn connections between geographies with a fresh curiosity that is always drawn to erased iconographies, invisible stories of women, migrating subjects and their histories, limitations of taken for granted social and cultural categories.

The political for G. Karamustafa is not only personal but always in an unpredictable state of collision with everyday life. Her colossal Mystic Transport (1992) that brought her the well-deserved international recognition exemplifies such a collision with multicoloured handmade satin quilts tucked in metal buckets on wheels, placed close to other throughout an installation space inviting audience to roll them around. Later works such as The Apartment Building (2012) shows where the personal collides into the collective as G. Karamustafa dives into the heavy history of the building she has lived in since 1991, which was built in 1931 as a residence for the Vaslamatzis family who were obliged to leave the country after the pogrom against minorities on 6–7 September 1955.

Thus, when she titles a piece as Create Your Own Story with the Given Material (1997), it also denotes the standpoint that G. Karamustafa chose for herself as a subject, an artist and a citizen to confront the country’s complex narratives and fragmented historical discourse. Such a contextualization is the potential G. Karamustafa shapes in every story she creates as a way to combat and liberate existing narratives. G. Karamustafa’s most extensive solo exhibitions include Chronographia atHamburger Bahnhof Museum für Gegenwart in Berlin (2016) and A Promised Exhibition at SALT Istanbul and Ankara (2013). Her monograph Gülsün Karamustafa: Chronographia was published by Verlag für Moderne Kunst in collaboration with Hamburger Bahnhof Museum für Gegenwart, Berlin in 2016. Her prolific work has significantly influenced younger generations since the 1990s. 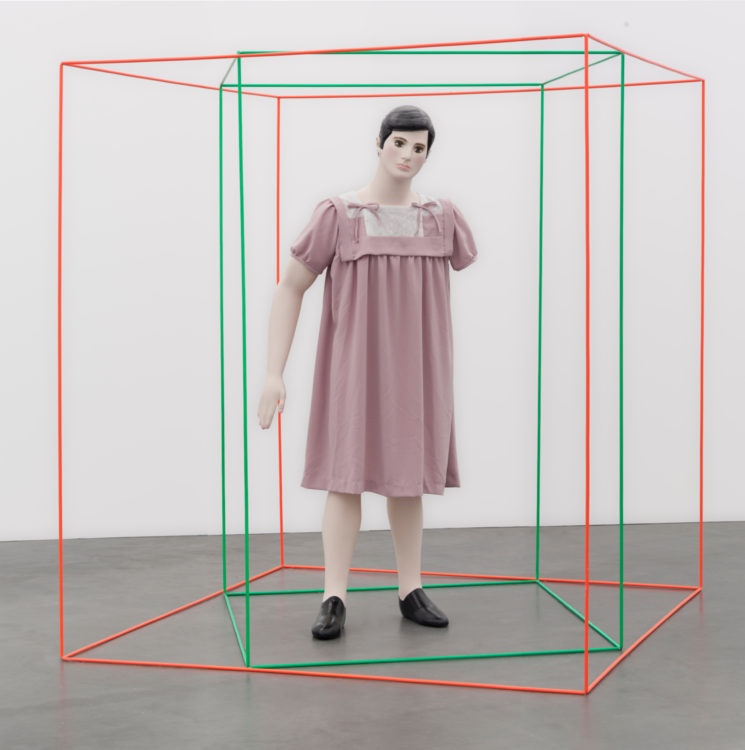 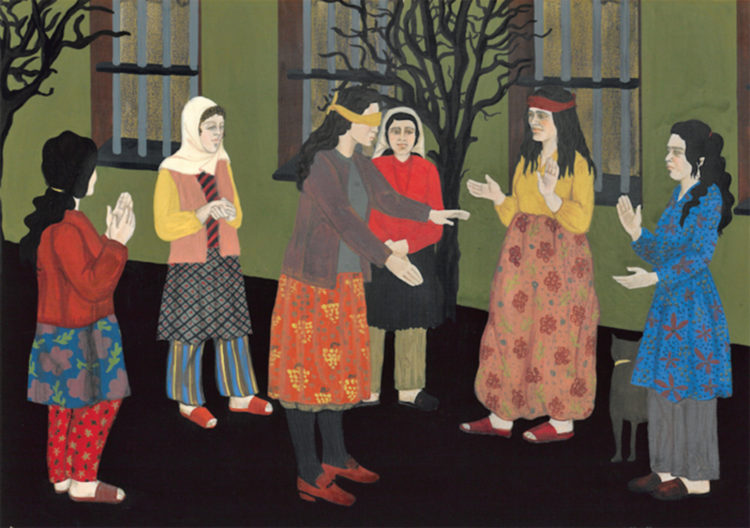 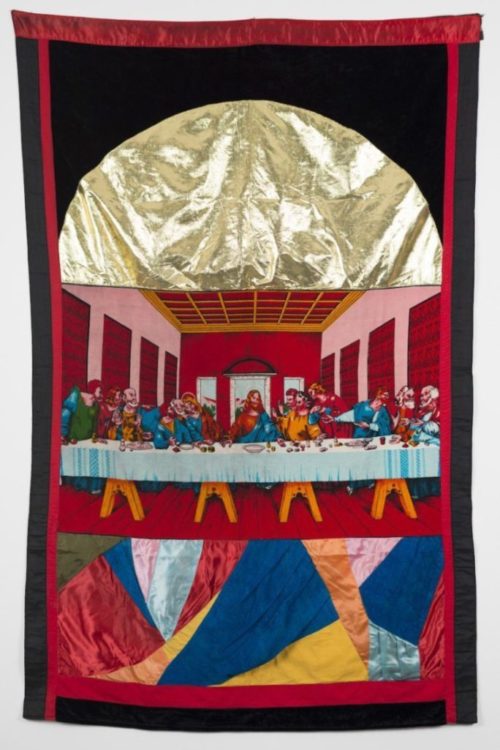 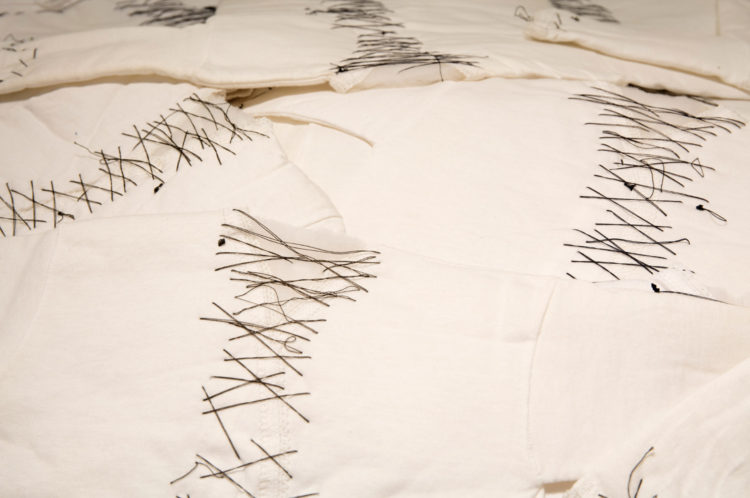 Gülsün Karamustafa, Create Your Own Story with the Given Material, 1997, cotton, 30 parts, 30 x 40 cm each, Collection Solomon R. Guggenheim Museum 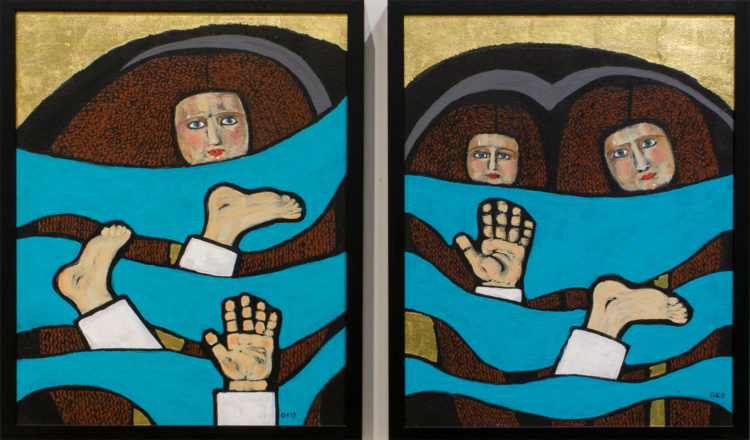 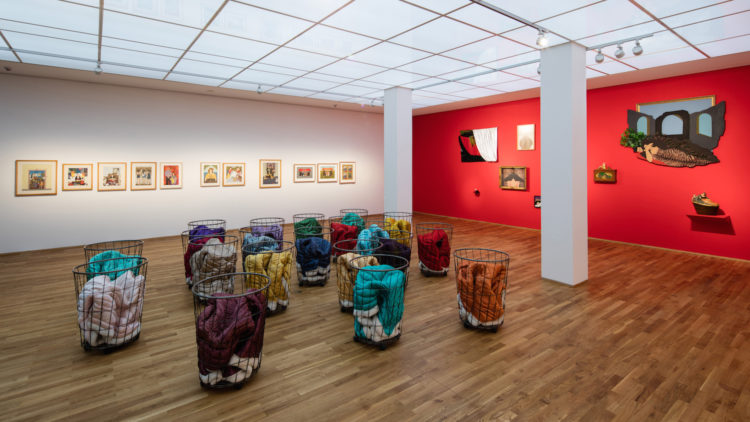