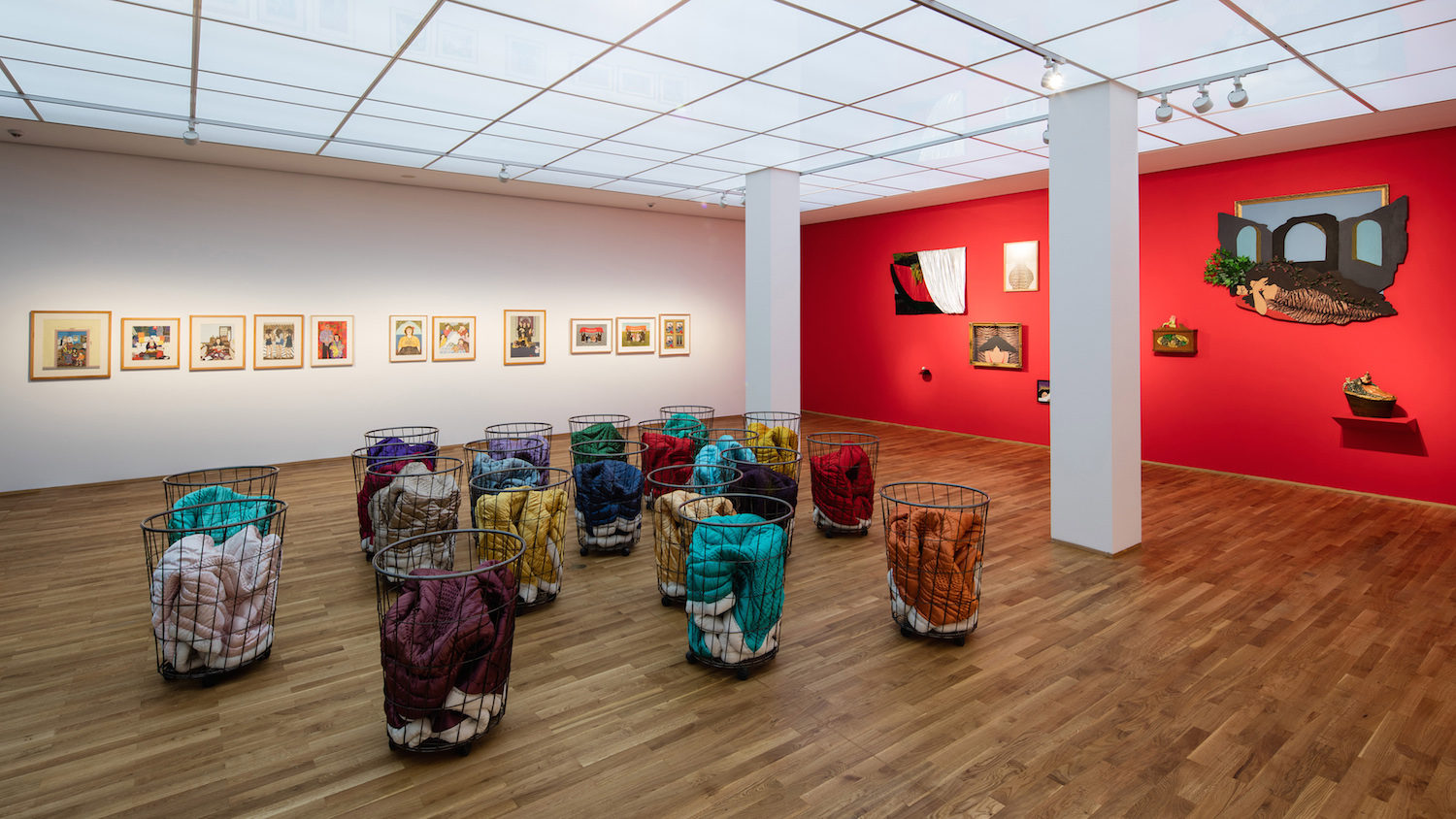 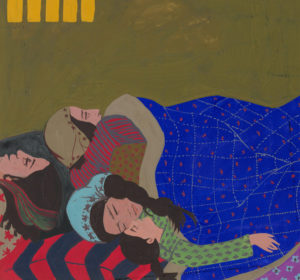 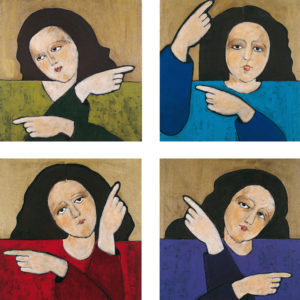 Born in 1946 in Ankara, she made her first series of paintings after spending time in prison for political reasons in the early 1970s. Prison Paintings illustrates the lives of the incarcerated Turkish women she met at the time.

Prison Paintings is the starting point of the exhibition Chronographia, which retraces 40 years of creation including painting, video, and object and textile installations. Fabric plays a central part in the artist’s work, whether in the form of traditional embroidery, which she modernises, or of prayer mats, which she turns into kitsch or quirky objects.

References to various religions are visible in many of her works, including the emblematic Promised Paintings, which question representations of religious icons by Orthodox Catholics, a very present community in Turkey’s neighbouring countries. 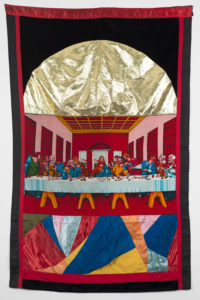 Upon visiting the exhibition, one quickly realises to what extent most of the artist’s work draws from migrations and her own family history. The exhibition starts or ends—there is no visiting pattern—with the piece which brought her fame at the 1992 Istanbul Biennale and which still remains topical to this day. Mystic Transports calls attention to the living conditions of displaced people by showing survival blankets sewn by the artist and placed in steel baskets, around which the public is free to walk.