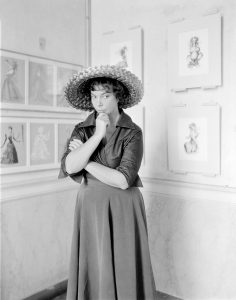 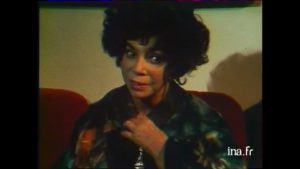 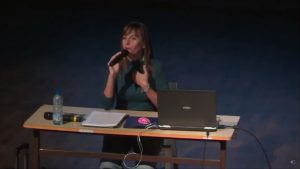 Born to an Argentinean father and an Italian mother, Leonor Fini received a cosmopolitan education in the heart of the Triestine literary scene. In 1925, having decided to paint, she moved to Milan, where the approach of Renaissance painters inspired her. Meeting Savinio, Carrà, and other Italian Magical Realists had a profound effect on her. When she moved to Paris in 1931, her interest in Surrealism strengthened her penchant for the wonderful and dream-like. Despite her friendships within the group of Surrealists, she explored the imaginary visions dictated by her fantasies alone: women-sphinxes, ephebes, and chimeras populate scenes where sacred rituals mix with the erotic, in an atmosphere which is incandescent and gloomy by turns, and always enigmatic. Here, woman commands a sovereign and aloof beauty, which is almost evil (L’Ange de l’anatomie, 1949); Nature is but a disturbing, almost morbid, proliferation of plants (Sphinx regina, 1946; La Grande Racine, 1948.)

Her repertoire of cold, clear images could be broadly defined as “unreal realism” (Cocteau), except for of her ‘mineral’ period of the late1950’s, during which the artists visions were hazy and transparent. A first exhibit at the Bonjean gallery in Paris (1937), and a second at the Julien Levy Gallery in New York (1939) began a series of successes, continuing though a retrospective at Knokke-Le-Zoute (1965), Ferrare (1983), and (in) Japan ( 1985-1986). Her fanciful imagination, her predilection for parties and the theatrical lead L. Fini, soon after the war, to respond to numerous orders for costume and set design for stage productions. She worked for the Opera Garnier in Paris and at la Scala in Milan, among others. Masks and disguises for costume balls confirmed her role as the secret and extravagant muse of lavish parties. She also illustrated numerous books; in the 1970’s and 1980’s the isolation in which she kept her painting pushed her more and more to write, notably stories, (Mourmour, conte pour enfants velus, 1976) and books on cats (Miroir des chats, 1977). 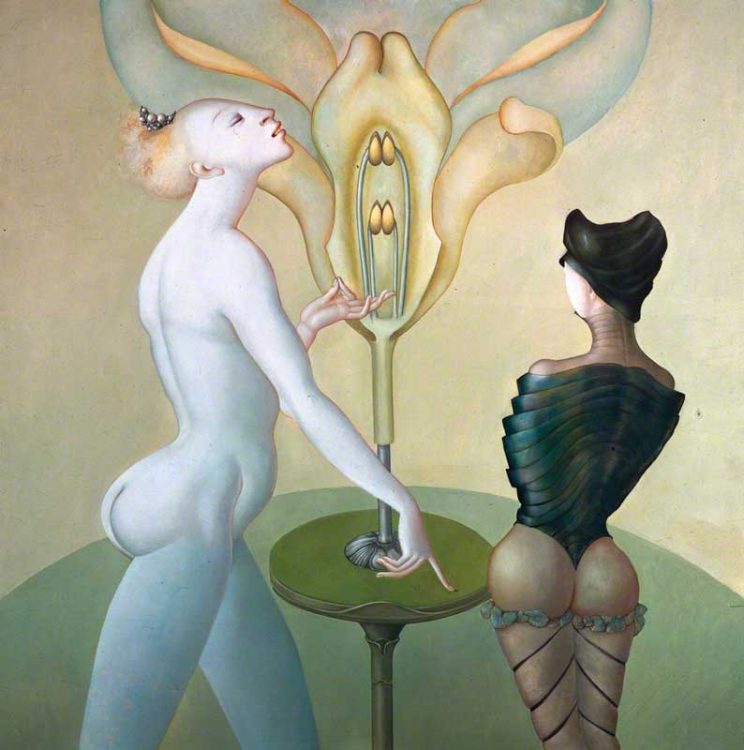 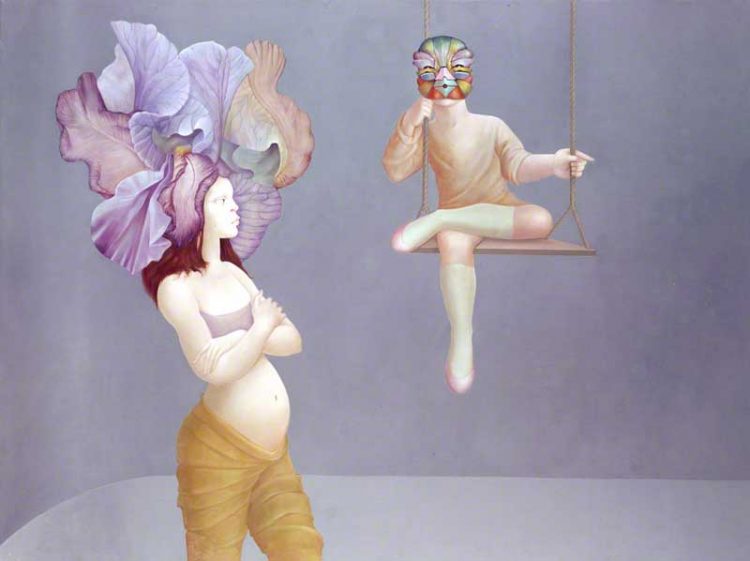 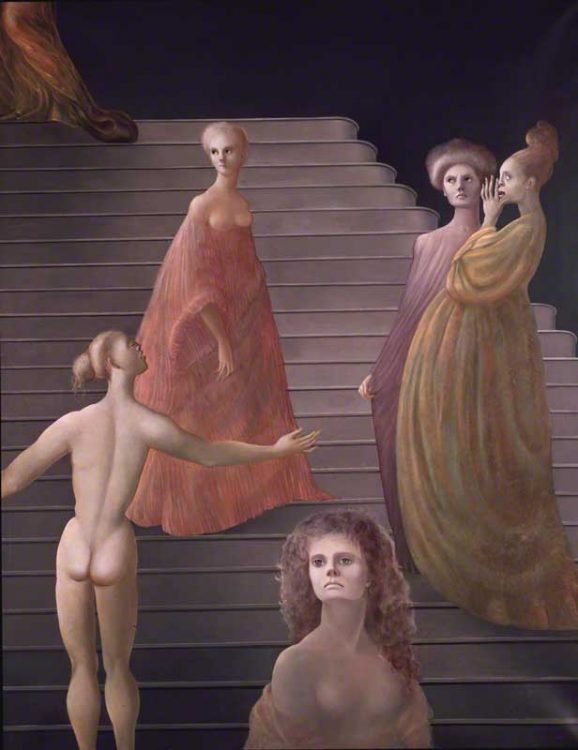 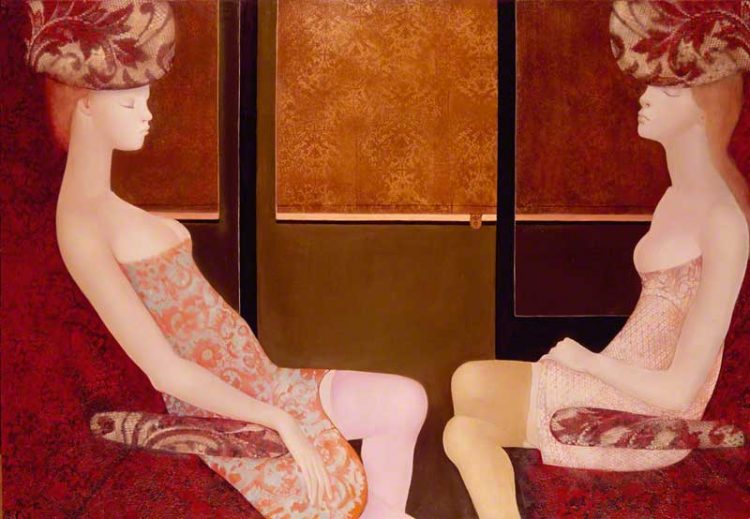 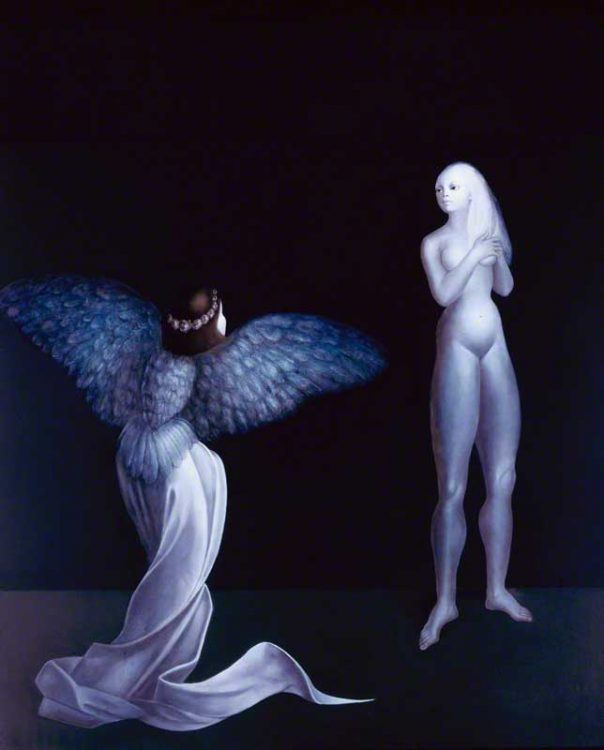 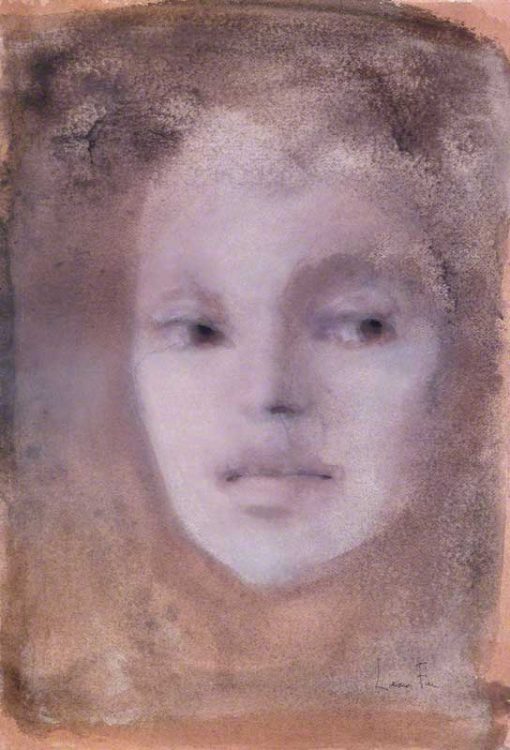 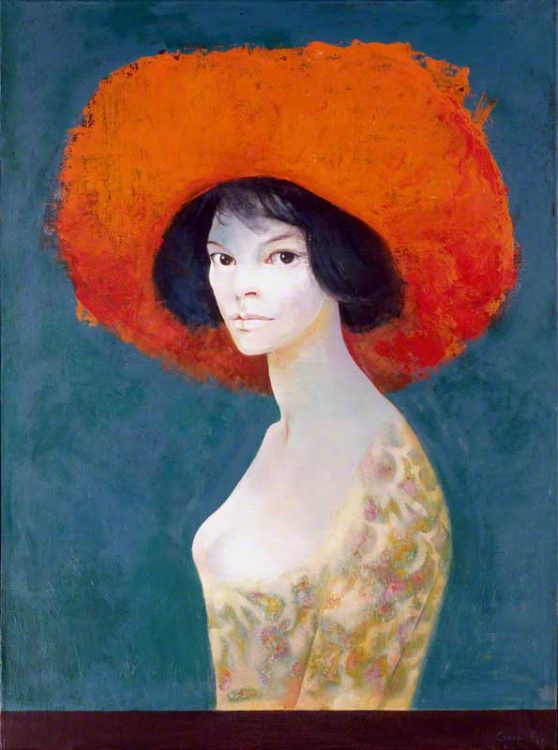 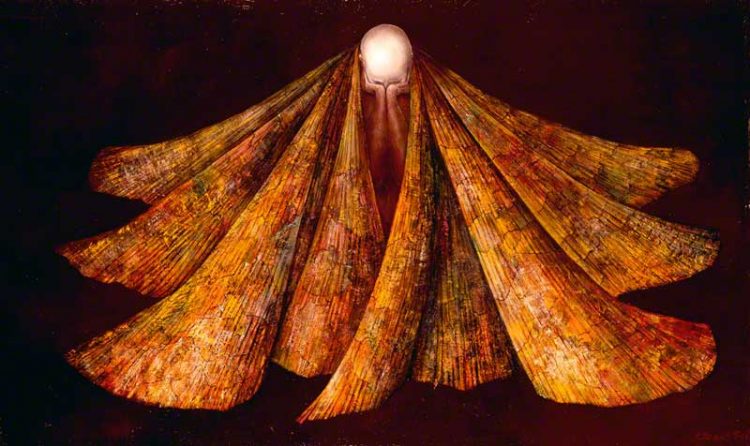