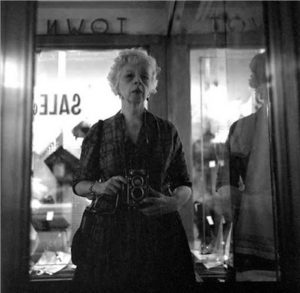 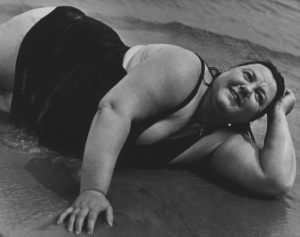 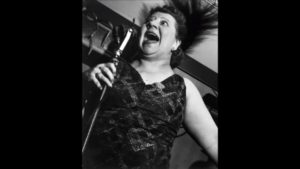 Born to a wealthy family, Elise Seybert – her parents changed their surname in 1903 in response to the rise of anti-Semitism – studied singing and music with Arnold Schönberg. After her father’s death in 1924, she moved to France with her mother and sister in 1926, first to Nice, then to Paris. She gave up singing in 1933 in favour of street photography, which she learned with her first mentor, Rogi André, André Kertész’s first wife; she then continued her training with Florence Henri in 1937. Her first and most famous pictures were taken between 1933 and 1938 in Paris and on the Côte d’Azur. Model’s style was already unmistakeable as early as La Promenade des Anglais (1934): it offered an uncompromising portrait of the European bourgeoisie of the interwar period – opulent and idle, shown in unflattering attitudes, although her straightforward point of view always remained respectful of the subjects she photographed. Her first publications in the communist journals Regards and Lilliput marked her beginnings as a documentary street photographer. After marrying the Russian-born photographer Evsa Model, she emigrated to the USA in 1938 and shot her first portraits on Wall Street, in the Lower East Side, and on Coney Island. She became a member of the Photo League when it was founded in 1936 and met Berenice Abbott. The series Reflections (1939–1945) shows the reflections of pedestrians and skyscrapers in shop windows. Focusing on the rhythms of the city, she instinctively captured passers-by as if she had picked them from the crowd (Running Legs, 1940–1941, and Pedestrians, circa 1945, series). In 1940 she met Ralph Steiner, photography columnist in the magazine PM, who published her pictures of the Promenade des Anglais and hired her as a photographer. Her works from the 1940s and 1950s are similar in style to those of the School of New York, such as pictures taken from 1936 to 1955 by a variety of photographers like Walker Evans, Weegee, William Klein, and Robert Frank. The movement fell between two opposite poles: social documentary, represented by the Photo League, and a more sophisticated journalistic style cultivated in certain magazines. Recognised by her peers, including Ansel Adams and Edward Steichen, and by the directors of illustrated magazines, Model took many portraits of West Coast intellectuals, artists and other photographers, and of the audience of the San Francisco Opera.

She worked for Harper’s Bazaar from 1941 to 1953, in which she published the first photographs of her series of Coney Island’s opulent bathers in 1941. Her pictures were also published in US Camera, a magazine directed by A. Adams. From 1941 to 1945, her photographs mostly show her fascination for the observation of New York. Among her favourite subjects were the Albert-Alberta hermaphrodite of Hubert’s Flea Circus and the “residents” of Sammy’s Bar, a nightclub in the Bowery. From 1951 to the end of her life, she became a celebrated teacher at the New York School for Social Research at Columbia University, telling her students “Shoot from the gut!” when she took them out to work in the streets of the Big Apple. Many of these pupils were marked by her fearless and unconventional vision: Diane Arbus, Rosalind Solomon, Bruce Weber, and Larry Fink, to whom she passed on her ability to get up close to the subject, pay close attention to the surroundings, live in the present, and capture the captivating with no regard for the way images would be perceived. The photographer consistently dramatized her pictures through the use of the flash, cropping, and low angles, perhaps as a reminder of the Expressionism she was exposed to in Europe. Human beings were her focus: passers-by brutally scrutinised, patrons caught kissing in fashionable bars, fur-clad Opera-goers, penniless residents of the Lower East Side. The Museum of Modern Art featured her work at collective exhibitions in the early 1940s: In and Out of Focus (1948), The Family of Man (1955), and Seventy Photographers Look at New York (1957). The Art Institute of Chicago held the first retrospective exhibition of her photographs in 1943. She was also the subject of several monographs, including Marvin Israel’s Lisette Model (1979) and Ann Thomas’ book based on archives, negatives, and documents acquired by the National Gallery of Canada in Ottawa in 1991. A passionate teacher admired by an entire generation of “street photographers”, Model was one of the first to depict with equal interest the whole range of social categories she met in the streets of New York, inspiring her most gifted pupil, D. Arbus. 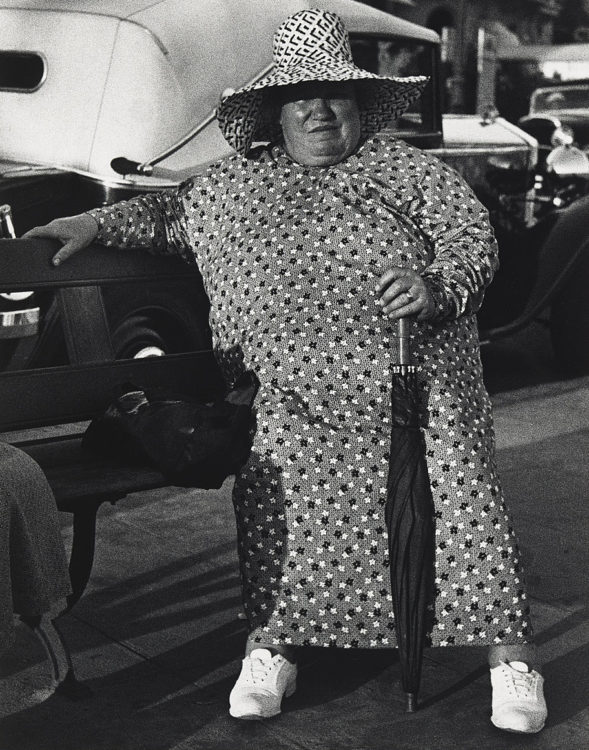 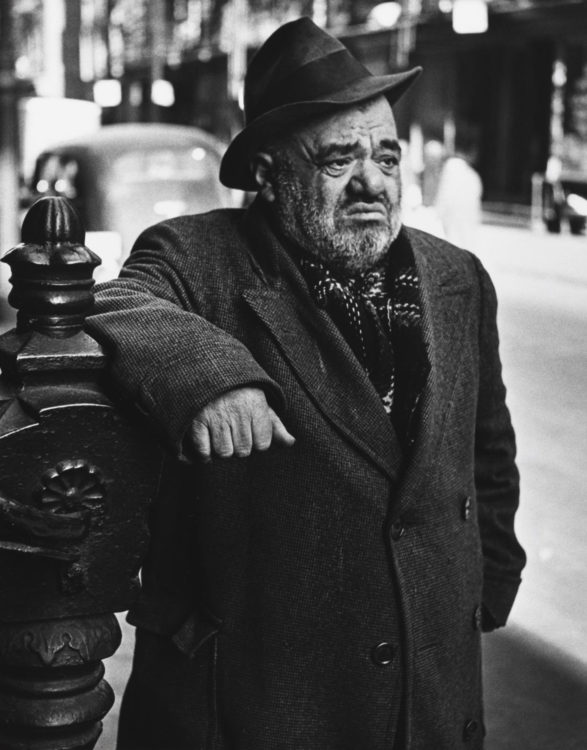 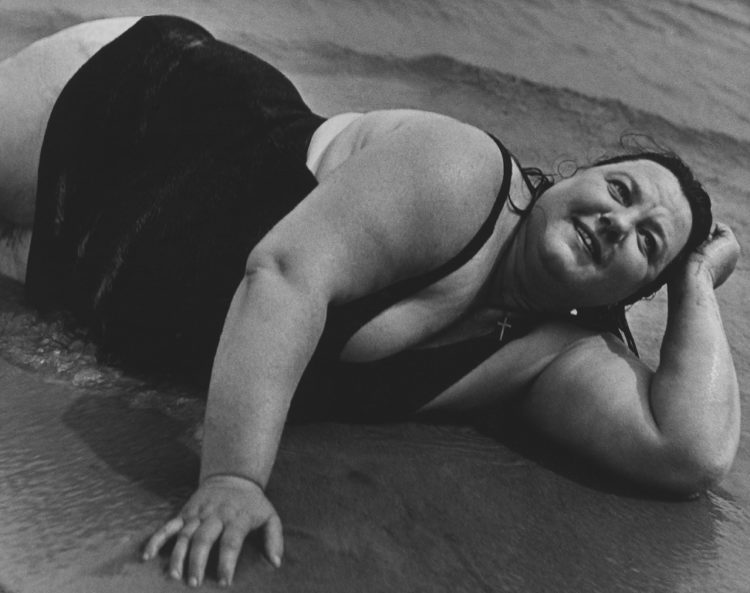 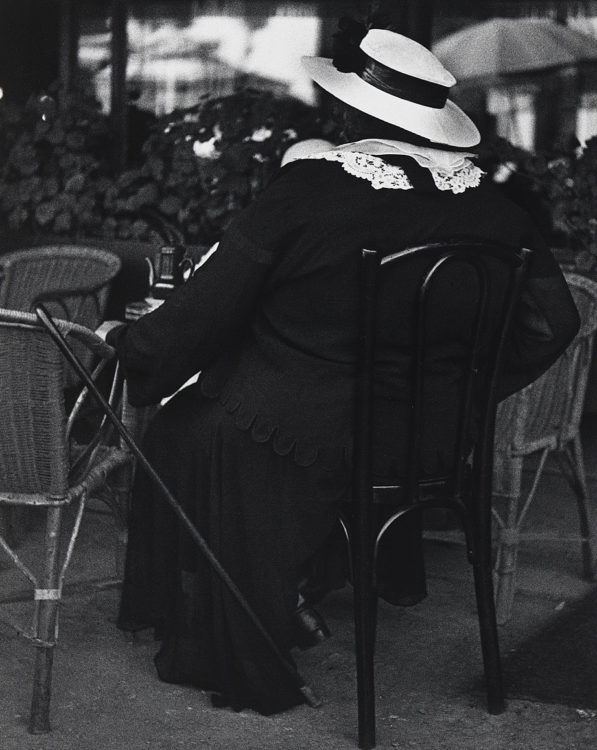 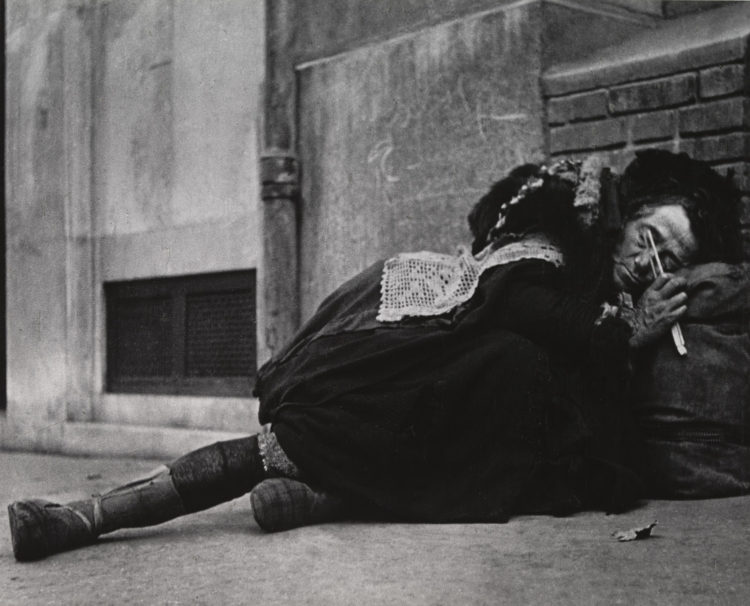 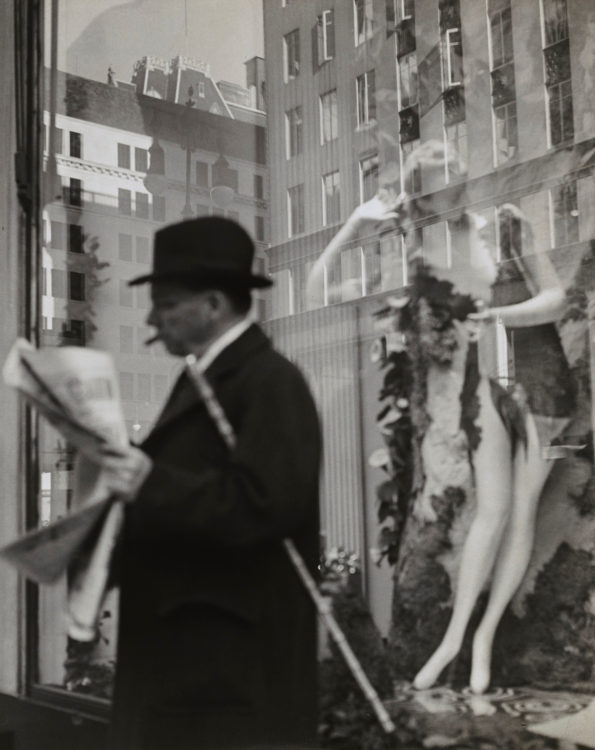 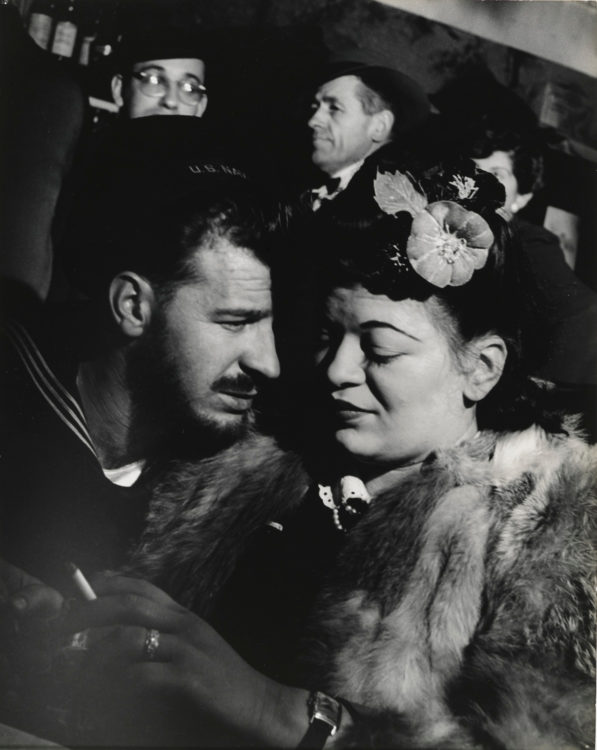 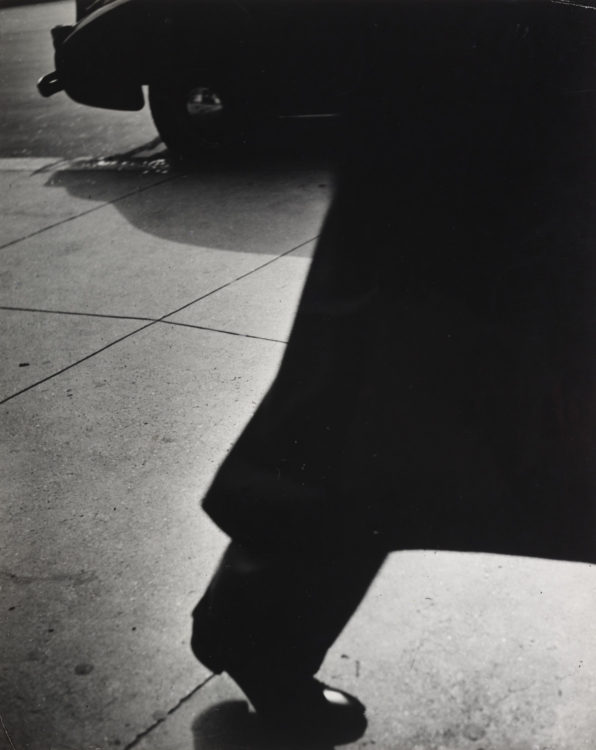 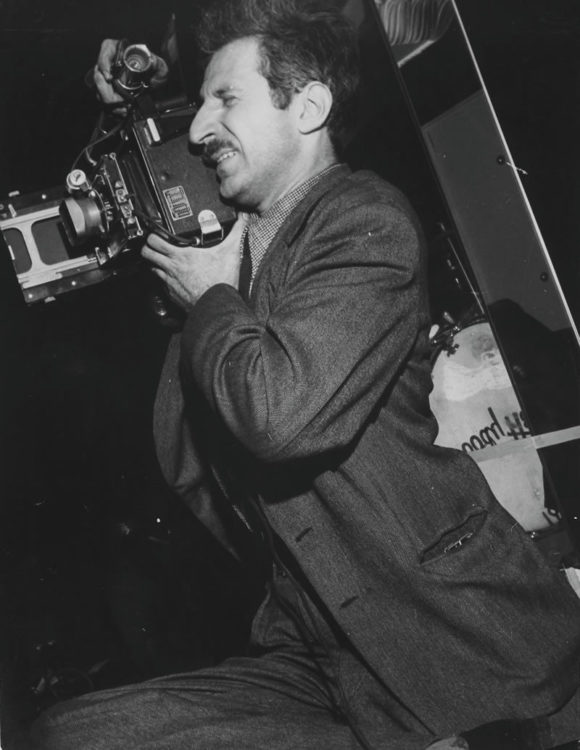