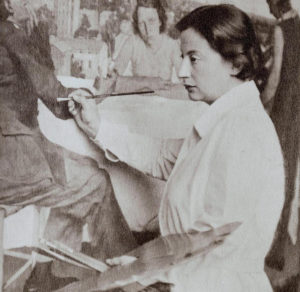 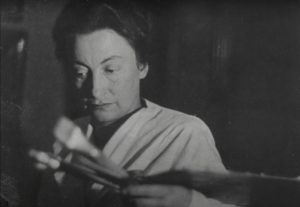 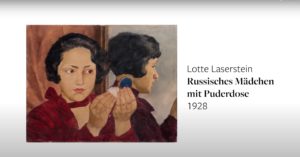 Lotte Laserstein was born into an intellectual family in Preussisch Holland, Prussia: her father was a pharmacist, her mother a pianist, and one of her aunts, the artist Elsa Birnbaum, ran an art school. Following her father’s death in 1902, the family moved to Danzig. L. Laserstein was taught painting by E. Birnbaum from 1908, and this appears to have prompted her to opt for an artistic career from a very early age. She later announced that she did not intend to get married, preferring to dedicate her life to art. In 1918, as women were still banned from academies of art in Germany, she began studying philosophy and history of art in Berlin but also attended the classes of painter Leo von König (1871-1944). In 1921, she was admitted to the Akademische Hochschule für die Bildenden Künste in Berlin, where she was taught by Erich Wolfsfeld (1884–1956) in particular, whose art bore the stamp of nineteenth-century realism and became a determining influence on her.

In 1925 L. Laserstein got to know Traute (Gertrud) Rose, who became her leading model during that period, and remained her friend for nearly fifty years. T. Rose’s athletic, androgynous body, and her ability to pose for long periods, clearly appealed to the artist (see Tennisspielerin, 1929, for instance). She often melded portraits of her friend with her own self-portraits, infusing them with a profound sense of erotic ambiguity, as in In meinem Atelier (1928), which depicts her, palette in hand and a concentrated expression on her face, in the process of painting T. Rose languidly reclining on a bed. Although L. Laserstein’s training was primarily academic, her works can to some degree be equated with New Objectivity, in the way they portray certain subjects and particularly the self-representation of the artist.
In 1927 she moved into her first studio and earned her living by giving private lessons, which often included trips to the countryside to teach her students the art of landscape drawing. She began to make a name for herself in the late 1920s, regularly exhibiting her work in Berlin, Hamburg, Munich, Stuttgart and Düsseldorf. In 1928 one of her canvases, Im Gasthaus, was purchased by the City of Berlin and in 1931 she was granted a solo exhibition by Berlin’s renowned Fritz Gurlitt gallery. To prove her commitment to her fellow women painters, in 1929 she joined the Board of the Verein der Berliner Künstlerinnen, an association of women artists.

Her rise to fame, however, was brutally cut short in 1933, with German anti-Jewish legislation prohibiting her from showing her work or teaching in an Aryan environment. In the wake of the spoliation of her family’s belongings she made up her mind to flee the country, initially setting her sights on Italy but finally opting for Sweden, where she was able to hold a solo exhibition in 1937. She emigrated for good that same year, contracting a marriage of convenience with Jewish art dealer Sven Jakob Markus in order to obtain Swedish nationality. Meanwhile, back in Germany, T. Rose played an instrumental role in rescuing the works L. Laserstein had been forced to leave behind.

The artist’s work, particularly as a portrait painter, was highly acclaimed in Sweden. On a personal level, however, she suffered the full force of the Nazi persecutions and although she succeeded in bringing her sister to safety, their mother was assassinated in Ravensbrück in 1943. After the war the artist travelled extensively within Europe, sometimes in the company of the painter Elsa Celsing (1880-1974), whose work she admired. She pursued her artistic career, although she remained relatively unknown outside Sweden, until her death in 1993. Since the early 2000s her oeuvre has been given a new and unprecedented lease of life thanks to the research carried out by art historian Anna-Carola Krausse, who has written about and devoted exhibitions to the artist. 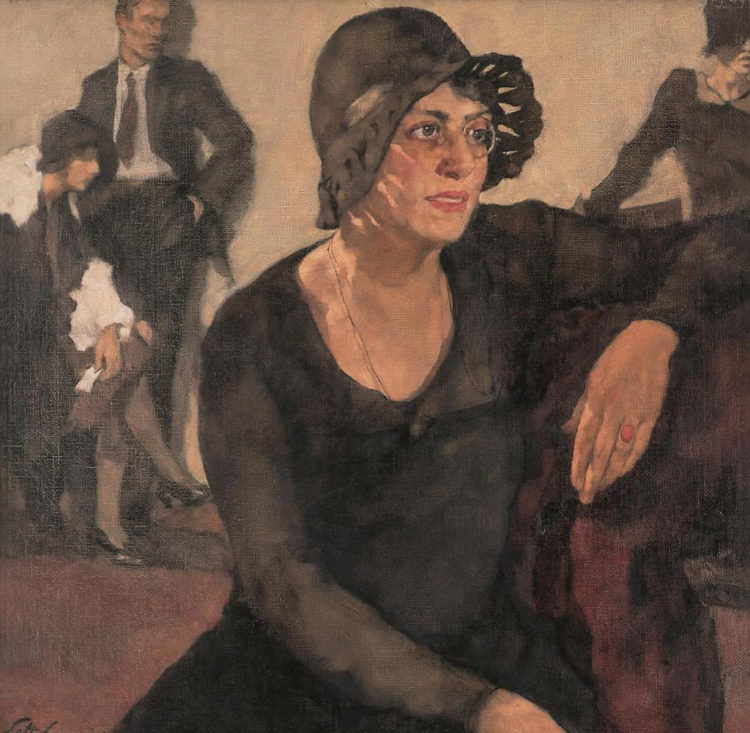 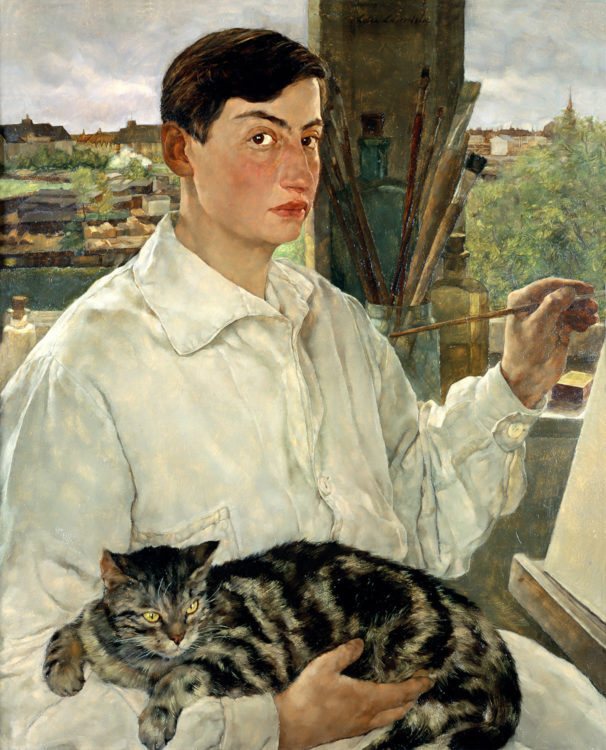 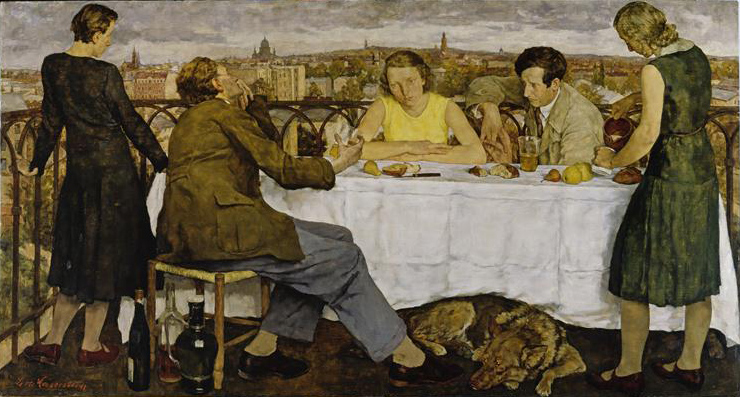 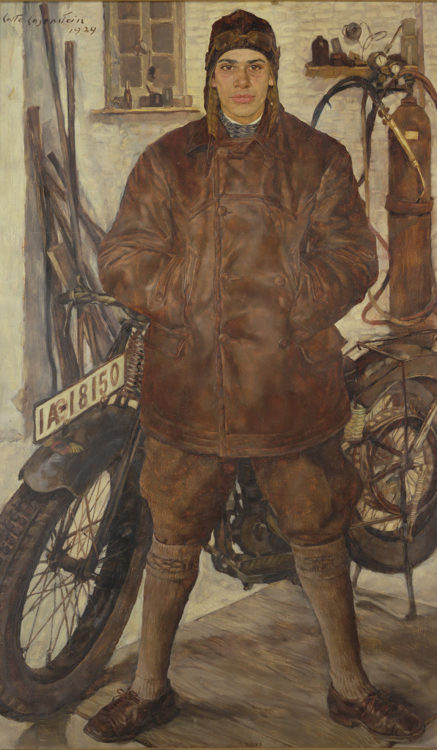 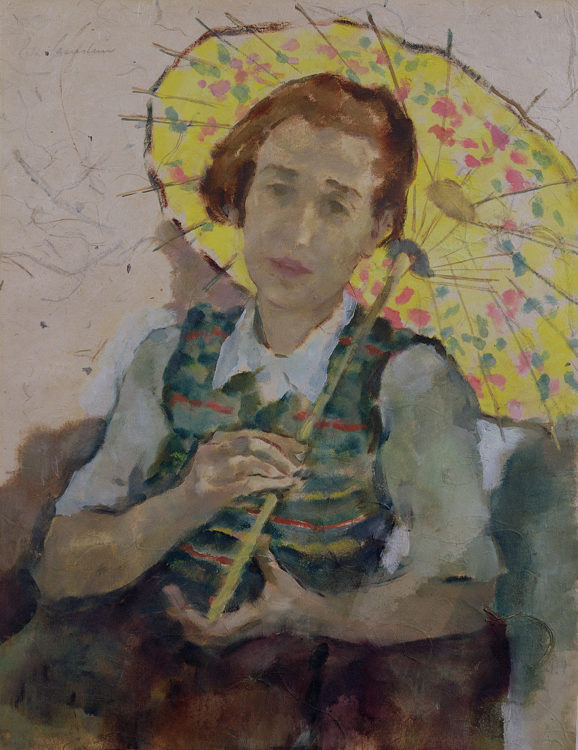 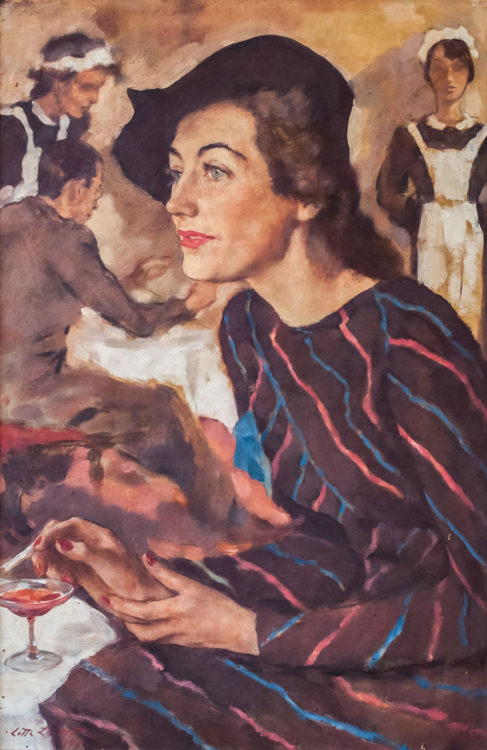 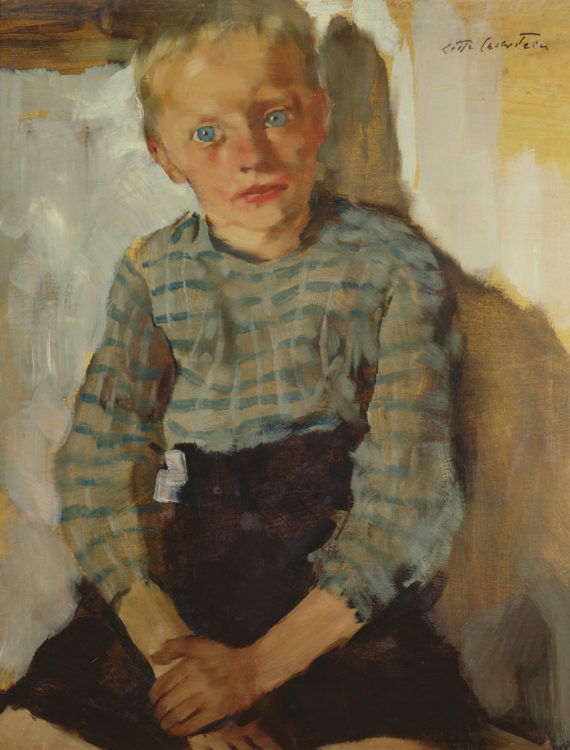 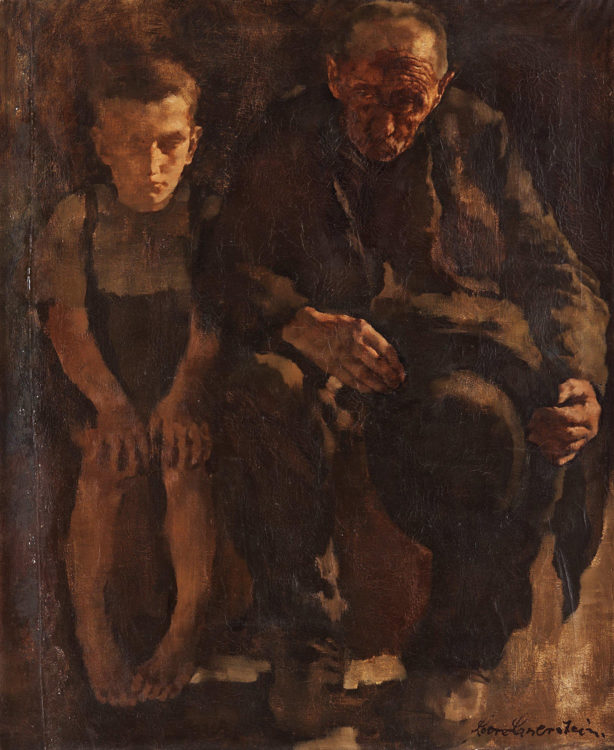