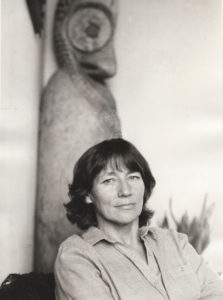 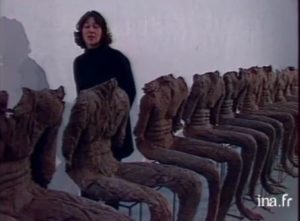 Born to a family of landowners descended from the aristocracy of the Gdansk region, Magdalena Abakanowicz moved to Warsaw at the beginning of World War II, the horror of which would leave its mark on her work. After graduating from the Academy of Fine Arts in 1954, she began to be recognised the following decade for her large installations of flexible, three-dimensional sculptures called Abakans (1965-1975) – in reference to her own name – which earned her a gold medal at the São Paulo Biennale in 1965. One of the first artists to experiment with textile sculpture, she used natural fibres to achieve sometimes monumental productions, which, to her, symbolised the freedom she had acquired over academic teachings. Despite this, she continued to teach at the Poznań Academy of Fine Arts from 1965 to 1990. She later created a multitude of figurative headless sculptures, first made from canvas and resin, then bronze, which she called Backs (1976-1980), Crowds (1988), Flocks (1990), and Hurma (1994-1995). Visitors were encouraged to walk among the rows of sculptures to experience a feeling of interiority. The repetitive and anonymous character of M. Abakanowicz’s figures questions nature and expresses the impossibility of identical repetition in reproductive processes. The plant realm is made to reproduce some of the schemes of the human realm in Embryology (1978-1980), a very large series of giant burlap tuber-like shapes. In a similar way, she designed Arboreal Architecture (1991), a project for a sustainable estate for the City of Paris, which consisted of organically shaped buildings covered with vertical gardens.

The world of animals and insects is also a common feature of her work, as seen in the series of fantastic animal heads in bronze, Hoofed Mammals Heads (1989), followed by Mutants (1992-1996) and Birds (2000s). As for the imaginary weapons of her series War Games (1987-1993), they resemble both medieval cannons and bludgeons. To Abakanowicz, “a crowd of people, birds, insects or leaves, is a mysterious assemblage of variants of a certain prototype, a riddle of nature abhorrent to exact repetition or inability to produce it, just as a human hand cannot repeat its own gesture.” Groups of her works have been presented in Europe (Museum Ludwig in Cologne, Reina Sofía Museum in Madrid, Musée d’Art moderne in Paris), the US, and Korea. Her bronze sculpture Manus ultimus, which she donated to the French State in 2000, is exhibited at the Tuileries Garden. 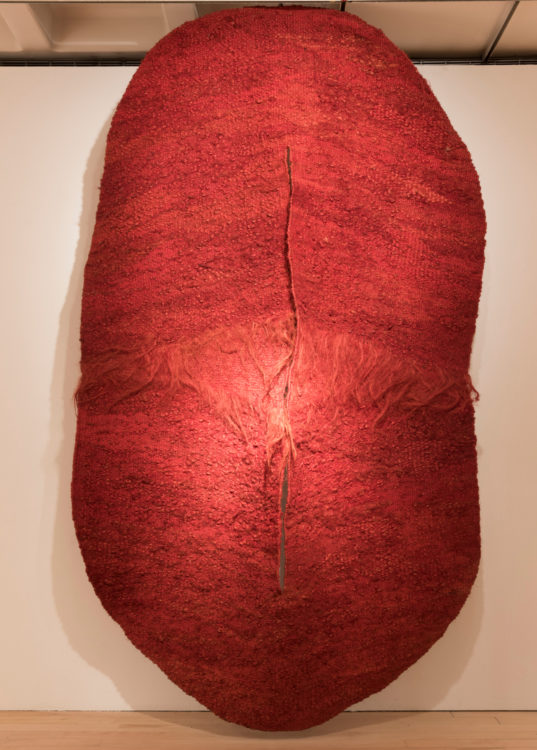 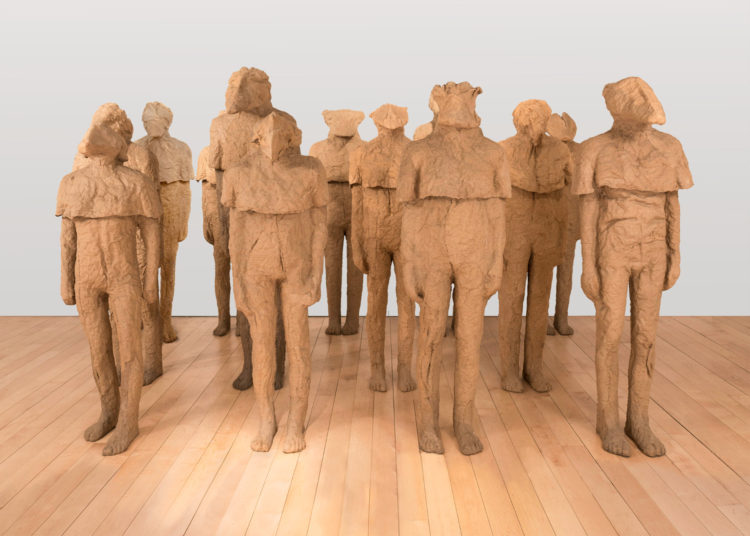 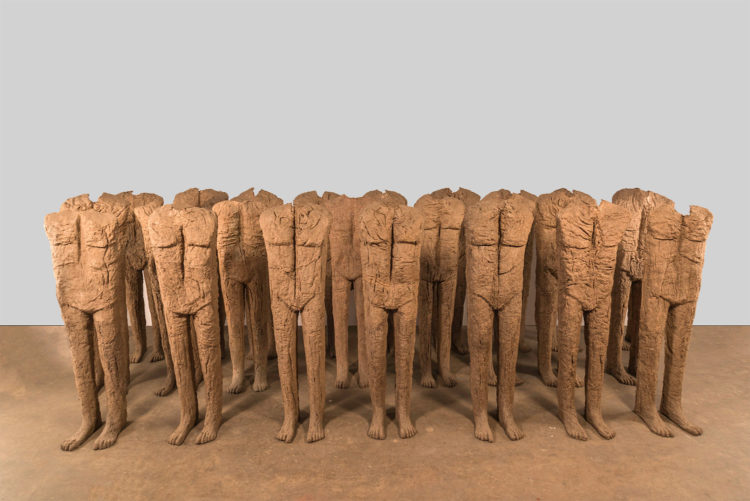 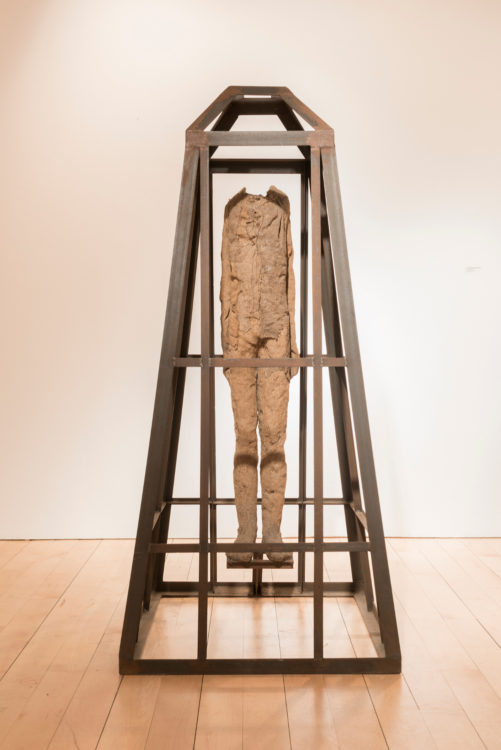 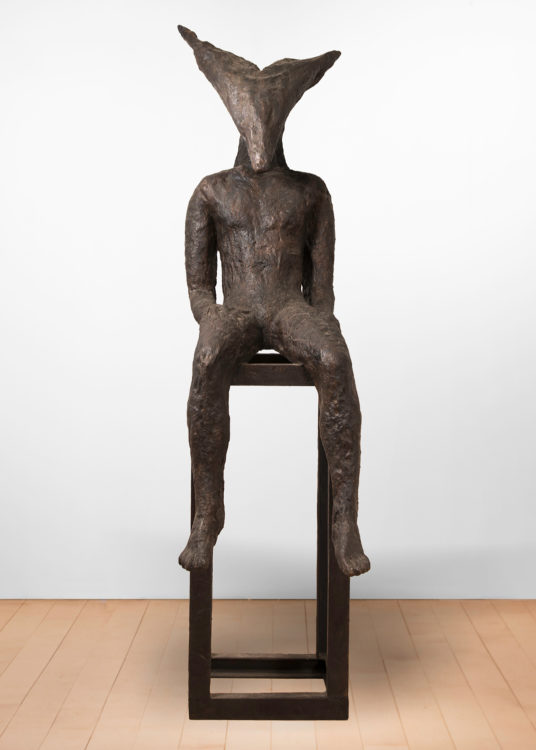 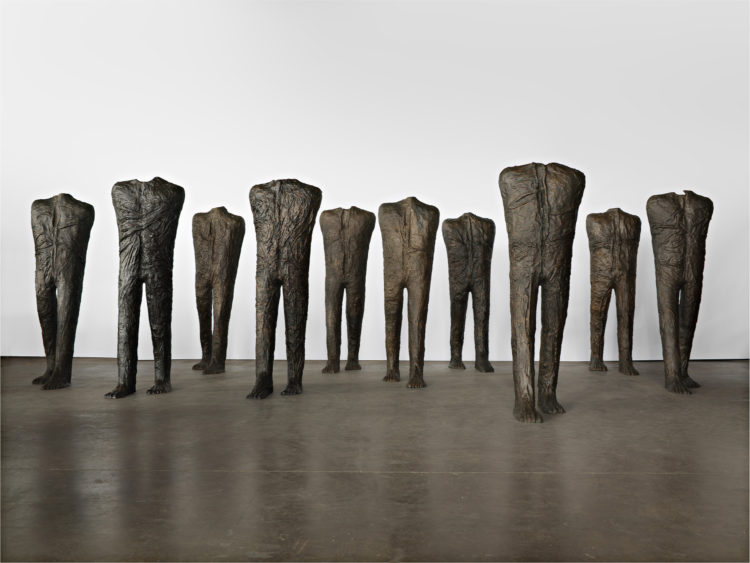 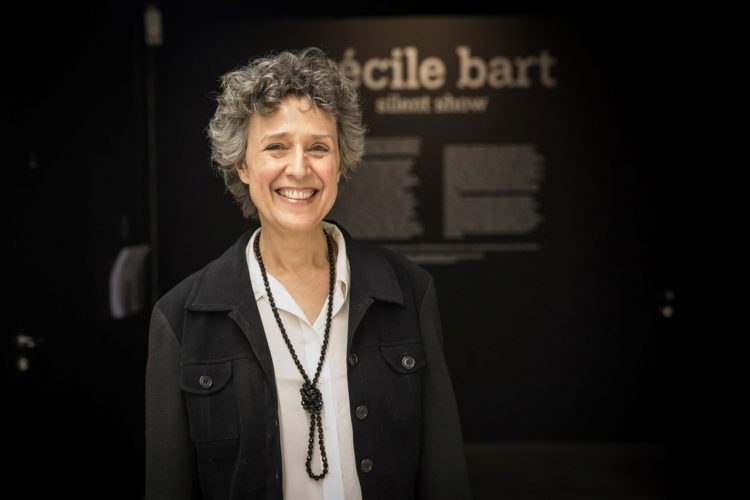 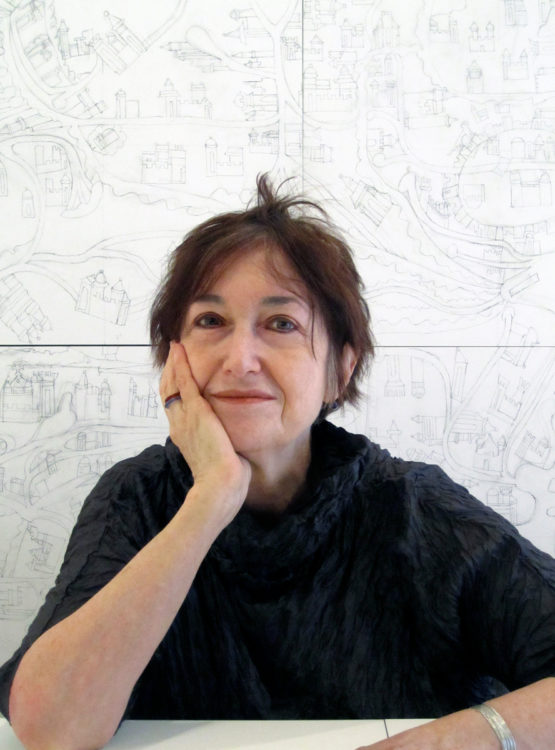