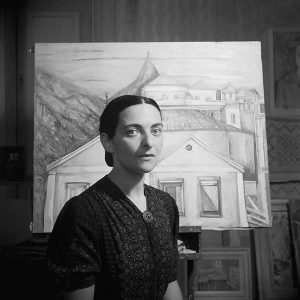 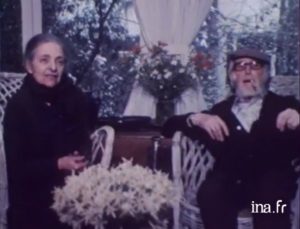 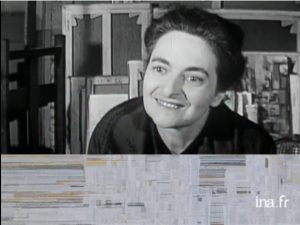 The city reigns supreme over the life and work of Maria Helena Vieira da Silva: Lisbon, cradle of her existence, where, as a solitary child, she developed a taste for observation and contemplation; Paris, adopted capital and dwelling as of 1928, where she would meet gallery owner Jeanne Bucher*, champion of her work, and Hungarian painter Árpád Szenes, her life partner; Rio de Janeiro, city of exile where they would both escape to in 1940, only to return to Paris seven years later. In her paintings, this topography is augmented by transitional and imaginary cities. The places and objects of her childhood populate an inner world brought to life in her pictorial art: libraries and theatres, musical scores and chess games, alleys tiled with azulejos and the ornamental ironwork of Parisian architecture. Whether her paintings begin as a still life, empty room, or bustling metropolis, the canvas takes on labyrinthine qualities: a network in the shape of a spider web, a warped checker board, where the eye wanders, gets lost, goes dim or becomes illuminated. This network, which can be understood as a metaphor for reflection, is fundamentally an exploration of perception.

The artist, here, rubbing shoulders with both Renaissance painters, who erected cathedrals of perspective, and cubists, who grappled with the same questions. However, it is rather difficult to mention labyrinths without bringing Jorge Luis Borges and Franz Kafka to mind. Her “labyrinths” evoke the same feelings of fear and loss, or of enlightenment and dreams. This mesh of paint can also be seen as images of nets, cages – not unlike Alberto Giacometti; evidently, as they were created during her years of exile in Brazil, they are first and foremost about insanity, violence, and oppression, as made manifest by their titles: Le Désastre ou la Guerre (1942); L’Incendie ou le Feu (1944); La Bataille des couteaux (1948). Afterwards, the web loosens, slowly dissipates to make place for shafts of light, free falling, the call of emptiness, essential, vast nothingness. Following the death of Á. Szenes, all subjects are erased. In paintings such as Mémoire seconde (1985), Silence (1984-1988), or Courants d’éternité (1990), everything is stripped away, leaving only starkness, vibration, pure emotion 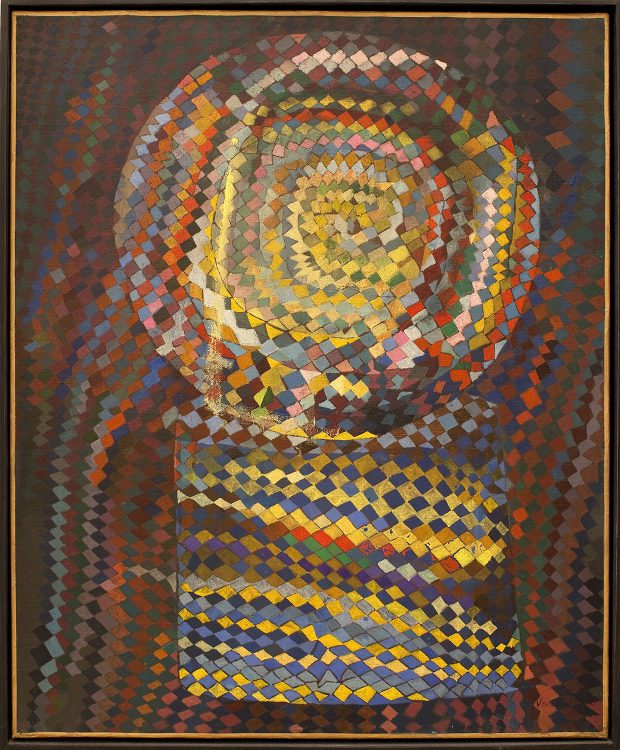 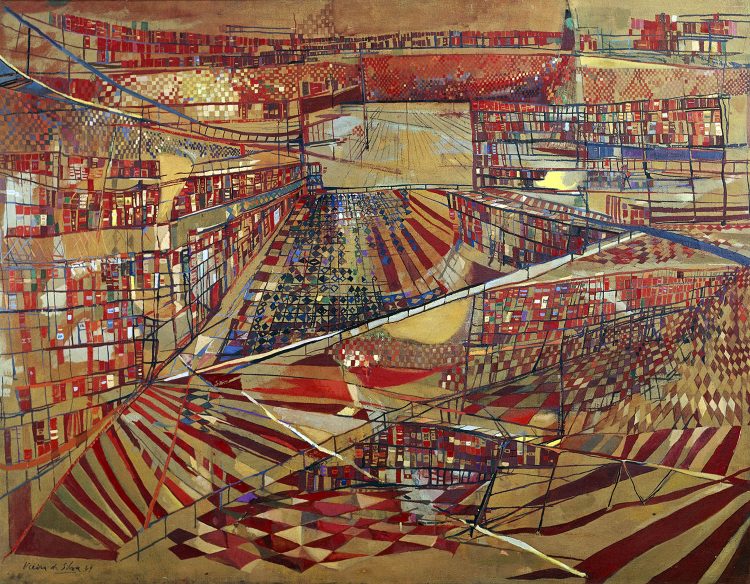 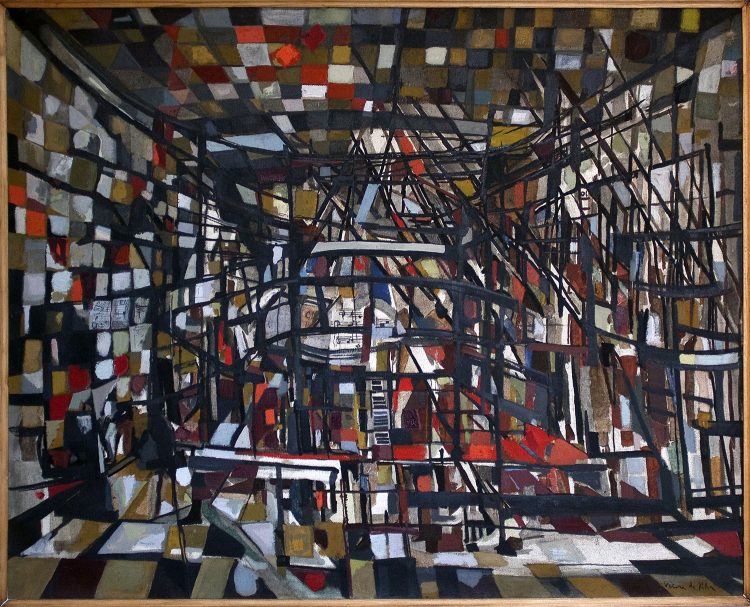 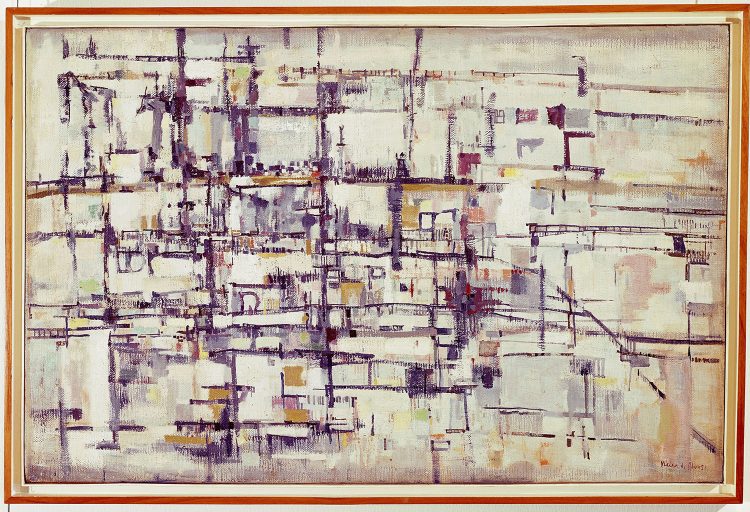 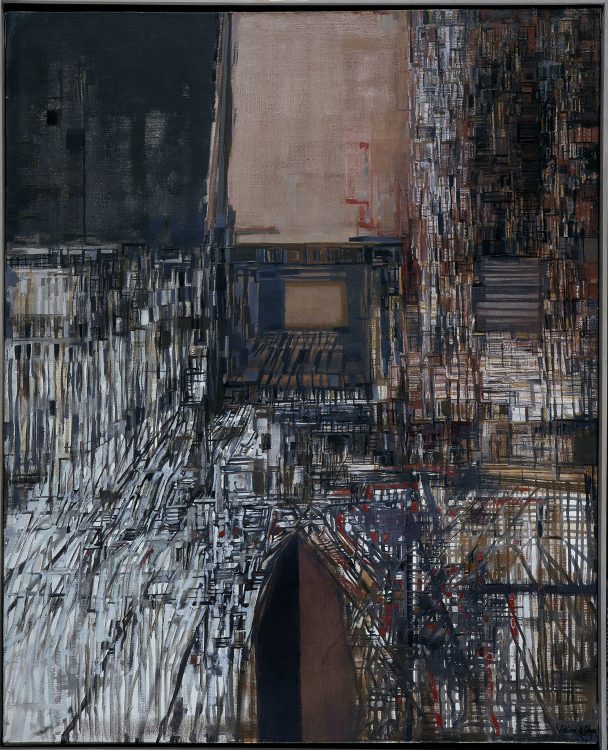 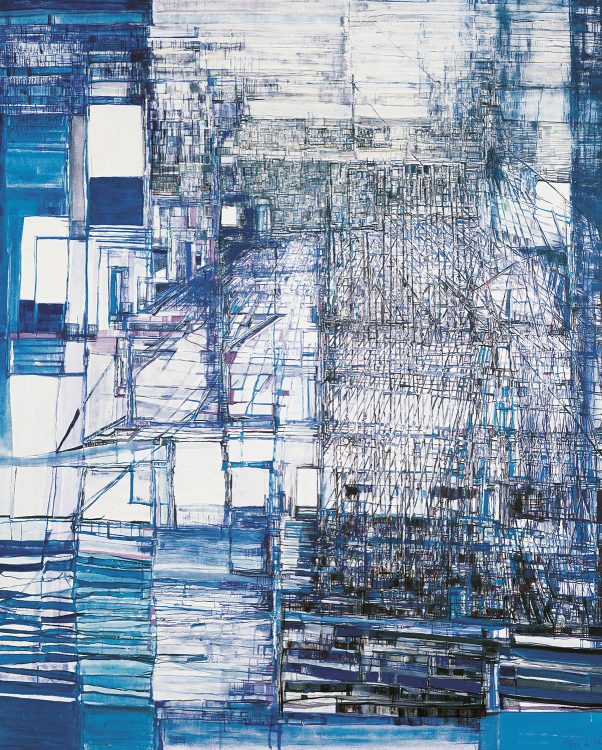