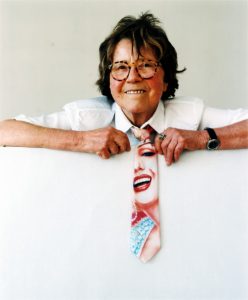 Maria Lassnig was brought up in Klagenfurt and graduated from the Academy of Fine Arts in Vienna in 1945. In 1948 she met Arnulf Rainer and Ernst Fuchs, who were members of the Viennese group then influenced by abstract expressionism and action painting. During her visit to Paris, in 1951, she met André Breton, Paul Celan and Benjamin Péret and discovered Art Informel. She returned to Paris in 1961. Between 1968 and 1980 she lived in New York where she worked on animated films as her paintings were poorly understood, being considered too strange and morbid. In 1978, with the aid of a grant, she lived in Berlin. A painter of international standing and an unmatched draughtswoman, she was the first woman to be offered a chair at Vienna’s School of Applied Arts. In 1980, with VALIE EXPORT, she represented Austria at the Venice Biennale. A feminist and committed artist whose violent and unclassifiable pictorial practice was based mainly on self-portrait and what she called “body awareness”, she won credit outside her own country late in her career. It was not until the exhibitions of her drawings and watercolours at the Centre Georges Pompidou in 1995–1996, and of her paintings at the musée des Beaux-Arts in Nantes in 1999, that European institutions recognized the true worth of her work. An unusual character of great discretion and completely uninhibited, she was given large retrospectives at the Serpentine Gallery in London (2008) and Mumok Gallery in Vienna (2009).

Her paintings – which have affinities with the figuration of Francis Bacon and Picasso – depict the human body dislocated, fragmented, decapitated, and often in association with an animal or piece of furniture. Its twisted organic forms, like animal flesh, are compressed in energetic and vigorous drawings. Subdued colours, tending to pink and violet, are set on bright, solid grounds that add to the violence of the image, however, her work is not without humour and a hint of provocation. Her last political themes allude to child-soldiers, hospitals or the decline of the ageing body, but her perspicacity never lost its fiery spirit. We see it in her frontal painting of a nude armed with two guns (You Or Me, 2005). She combines femininity with masculinity in images in which the sexuality is ambiguous. Her early drawings mix realist details, such as eyes and a mouth, with nerve-related features, like iron wires or knotted lianas that enwrap and enthrall the profuse, erotic eruption of the forms. “Something is happening in the body and we feel it […] We feel lines stretching longer and wider. Or we only feel dots and circles”. In her watercolours, which are much freer, pinks and rainbow colours run into carnal and often monstrous strata and arabesques. Her graphical work attempts to render her personal physical sensations. Her last exhibition, held when she was 90 years old, centred on her self-portraits, the virulence of which was an expression of the uninhibited nature of this outstanding artist: alone or in a couple, split in two and face-to-face with herself, or portrayed in the attitude of a mother and daughter; merged with nature, a mountain, a tree or animal, as a machine, an armchair, huddled, open, twisted, as a soft or sharp form, Lassnig identified herself with all she was surrounded by, breaking through the limits of her own body to explore all possibilities, in the same way that she explored the limitations of lines on the space of a white sheet. Introspection that is both physical and analytical. In 2013 she was awarded the Golden Lion at the 55th Venice Biennale. 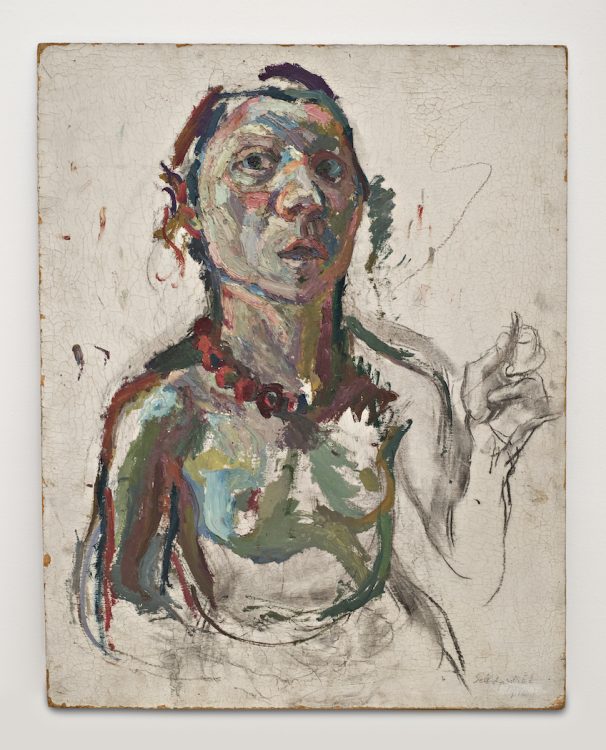 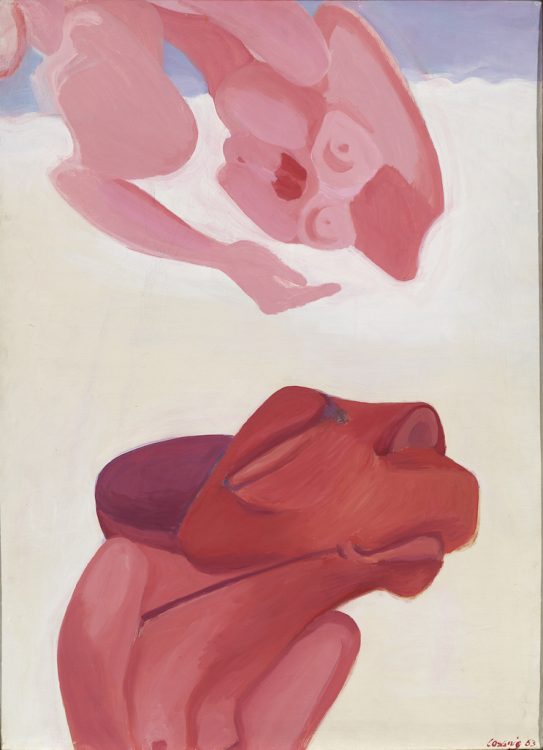 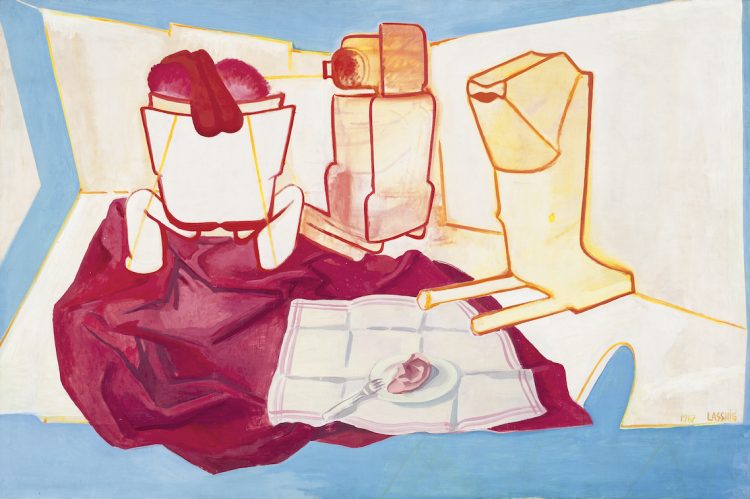 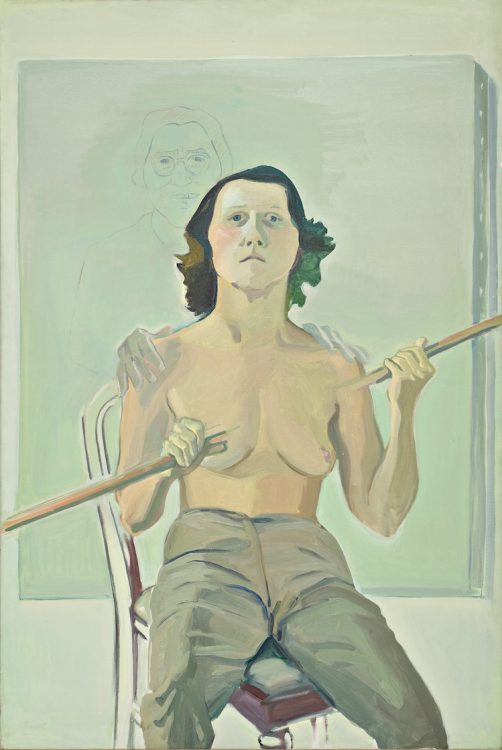 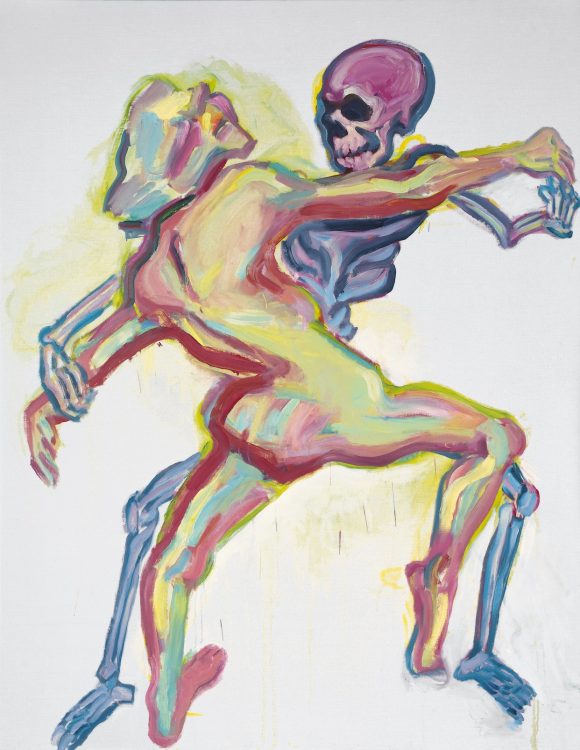 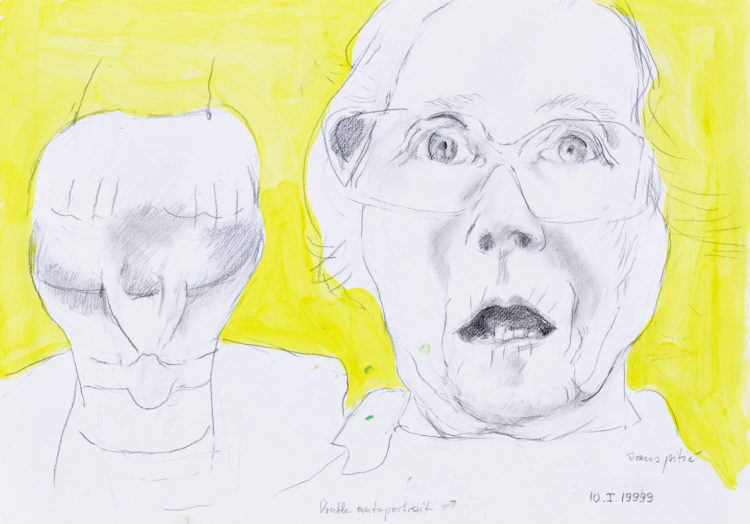