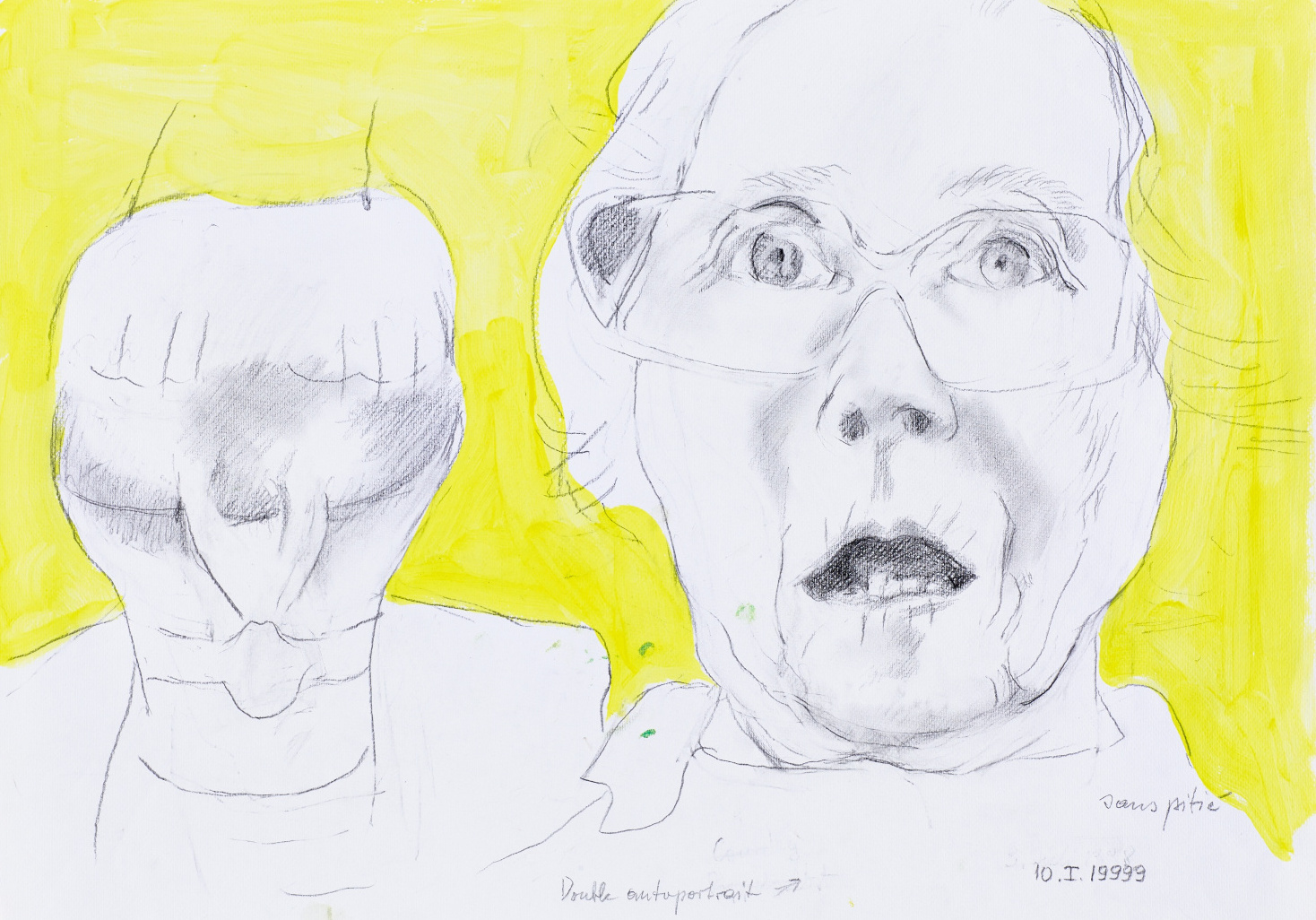 Four years after Maria Lassnig’s (1919-2014) death, Kunstmuseum Basel, in collaboration with the Albertina Museum in Vienna, is showing the graphic works of this artist, who made the female body the heart of her artistic experiments.

In France, while the term “body art” and its essentially performative practice only became acknowledged in 1971, in the writings of François Pluchart, Lassnig had already made the body a central part of her considerations as far back as the 1940s. It would be reductive to presume that these considerations are of a mostly formal nature: in fact, her drawings undergo a continuous oscillation to question the way we perceive representation and construct our identities. 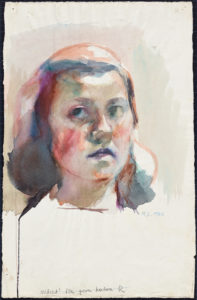 The selection of almost one hundred works on paper, mostly in pencil or watercolours – but also felt-tip pen, ink, pastel, and charcoal – as well as the showing of an animation video, give us an overview of the diversity of the artist’s creations while also highlighting the absolute coherence of her output. The chronological display starts with an untitled self-portrait dated 1942, and which seems programmatic. Despite being figurative, it still shows great freedom. With this piece, which appears to have been deliberately left uncompleted, the Austrian artist – who learnt her trade at a time when Nazi culture was trying to exclude the avant-gardes from the course of history – clearly had the fauvists and expressionists in mind. She thus succeeded in synthesising the heritage of realism with a radical desire for introspection. 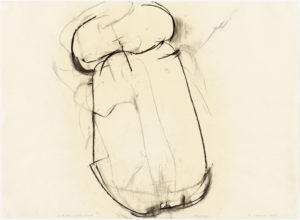 Lassnig’s freedom later asserted itself in Paris, under the eye of painters from the Informal and Tachist movements, and led her to explore abstraction. However, titles such as Static Meditation (1951-1952), Phallusselbstportrait [Self-portrait. Phallus I] (1958) or Zwei nebeneinander [Two Side by Side] (1961) demonstrate, with a certain distance and playfulness, the artist’s unfailing attachment to states of reality. In 1968, she moved to New York, where she began to express her ideas through a hybridisation with technology, as can be seen both in the medium used (she learnt animation and became a member of the group Women/Artists/Filmmakers, Inc.) and in the subjects addressed (Fernseh-Sex [Television-Sex], 1970). Dividing her time between New York, Berlin and Vienna, she continued her investigations, scrutinising the ambiguity of the body in all its aspects – intimate and social, objective and subjective, real and imaginary, limited and infinite, fragmented but yearning for unity… Her use of colour became bolder in the 1990s, with stunned faces and bared bodies standing out repeatedly on vivid monochrome backgrounds in yellows, greens, and violets. 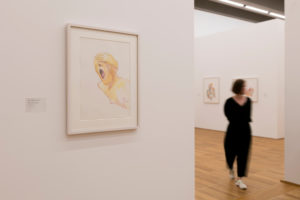 Through the course of the exhibition, one comes to understand the richness of what the artist calls “bodily sensations” or “body awareness”1. Following the principle of the anamorphosis, fleshly perceptions are conveyed via a misshapen plastic form in order to better reflect the emotions they produce, depending on context and time, in the minds of viewers. This show, along with the almost concomitant exhibition of her video pieces at the Národní Gallery in Prague and at MoMA PS1 in New York, and of her paintings at Kunstmuseum Saint-Gall, Switzerland, proves that it is high time we re-evaluate Lassnig’s work as a vital contribution to art in the second half of the 20th century.

Maria Lassnig. Dialogues, from 12 May to 26 August 2018 at Kunstmuseum Basel (Switzerland).

My Animation Is an Artform, from 16 February to 9 September 2018 at the Národní Gallery (Prague, Czech Republic).

Maria Lassnig. Re-lations, from 5 May to 23 September 2018 at Kunstmuseum Saint-Gall (Switzerland).

How to cite this article:
Hélène Gheysens, "Maria Lassnig: an epiphany of perception." In Archives of Women Artists, Research and Exhibitions magazine, . URL : https://awarewomenartists.com/en/magazine/maria-lassnig-epiphanie-de-la-perception/. Accessed 20 September 2021