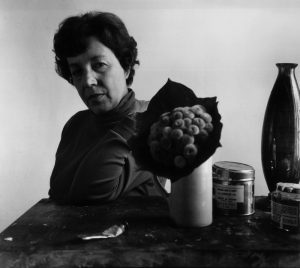 Born into a wealthy family from Provence, Marie Raymond began painting in the studio of painter Alexandre Stoppler, in Cagnes-sur-Mer. Married in 1926 to a young Dutch painter, Fred Klein, with whom she had a son (Yves Klein, also an artist) two years later, she and her husband lead a bohemian life in Montparnasse, meeting artists Jacques Villon and Frank Kupka from Puteaux, pioneers of abstract art. Back in Nice in 1932, she took courses at the School of Decorative Arts, where she met the abstract sculptor Emile Gilioli. She was commissioned to produce a mural for the pavilion of the Alpes-Maritimes in the International Exhibition of 1937. The war forced her family to settle in Cagnes-sur-Mer, where Raymond began painting Paysages imaginaires (“Imaginary Landscapes”, 1941-1944), inspired by her inland walks.

Once back in Paris, she exhibited at the 1945 Salon des Surindépendants. The art critic Charles Estienne noticed her work and later presented it alongside that of John Dewasne, Jean Deyrolle, Hans Hartung, and Gérard Schneider, in the exhibition Peinture abstraite (“Abstract Painting”), which he organized at the Denise René gallery. In 1949, Raymond won the Kandinsky prize and participated in the first Biennial in Sao Paulo, Brazil, as well as in the large exhibition Klar Form, organized by Denise René. It was a period of intense social activity for Raymond: “Marie’s Mondays” gathered gallery owners, collectors, and young artists who were close to her son, including Jean Tinguely, Dufrêne, Hains, Villeglé, Arman, and César. In January 1957, the Stedelijk Museum in Amsterdam organized a retrospective of her work.

The early 1960s were marked by her divorce, and the death of her son, after which she painted a series of cosmological works Abstraction-Figures-Astres (“Abstraction-Figures-Stars”, 1964-1989). In 1972, a retrospective exhibition of the works of Raymond and Yves Klein took place at the Grimaldi de Cagnes château-musée. Her paintings can now be found in many museums (in Paris, Nantes, Amsterdam, Tokyo). In the year of her 80th birthday, Pascal de Sarthe Gallery in San Francisco dedicated a solo exhibition to her. 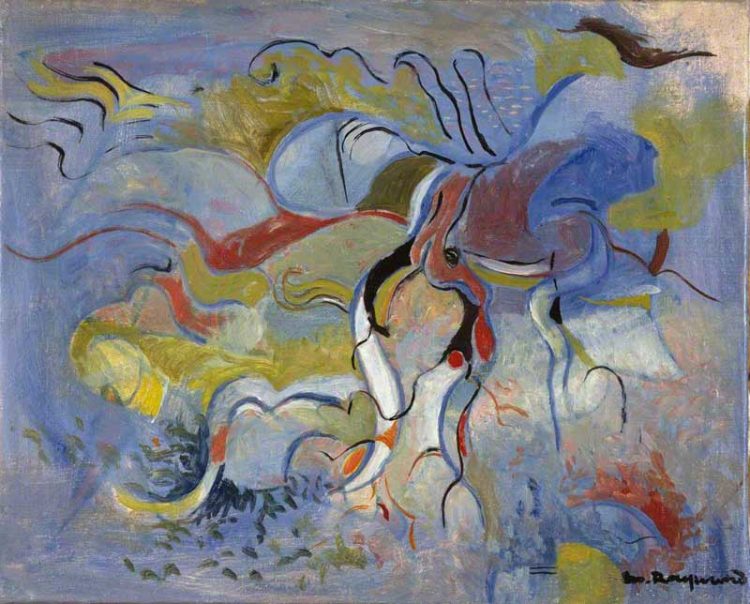 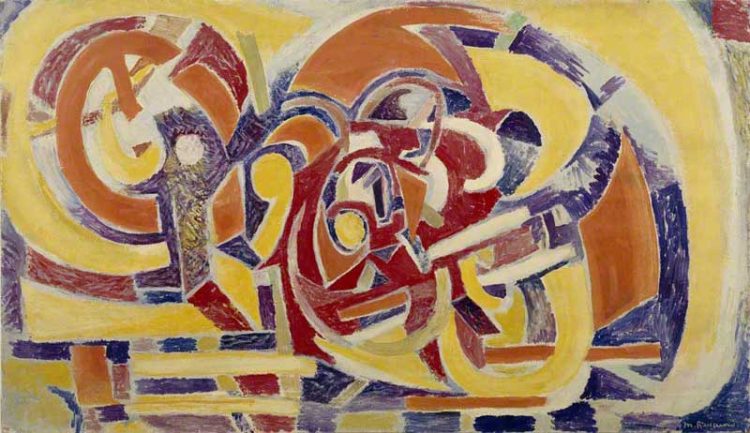 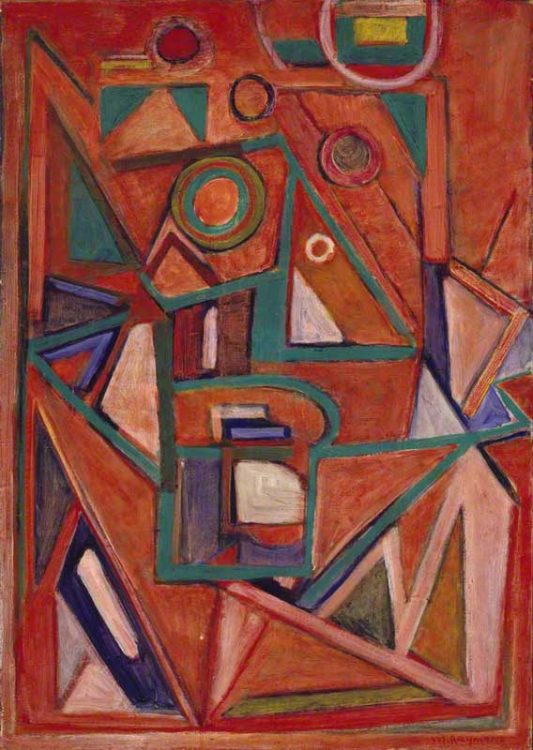 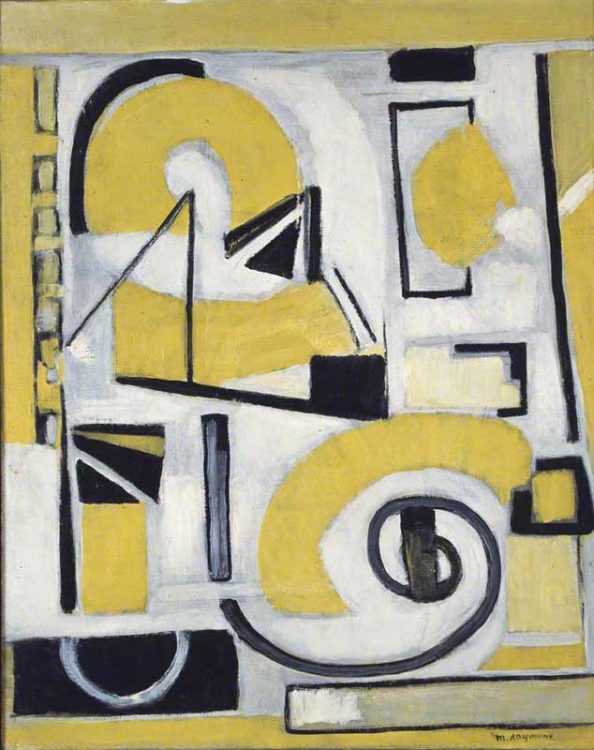 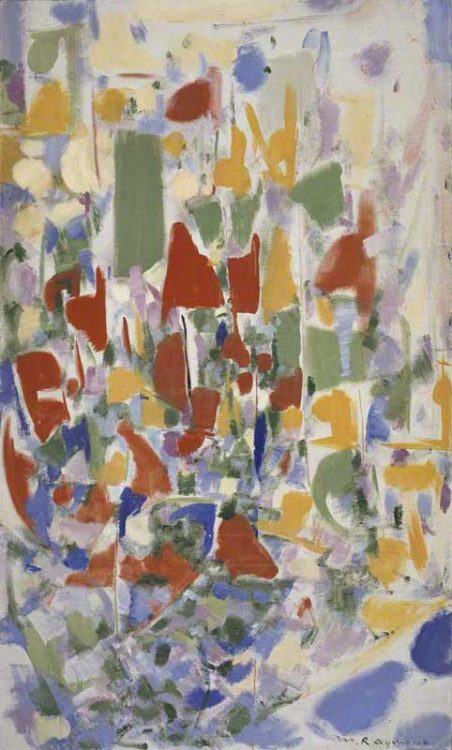 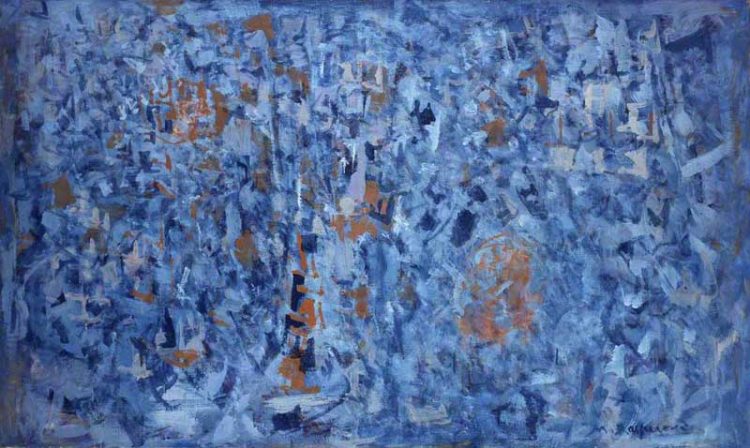 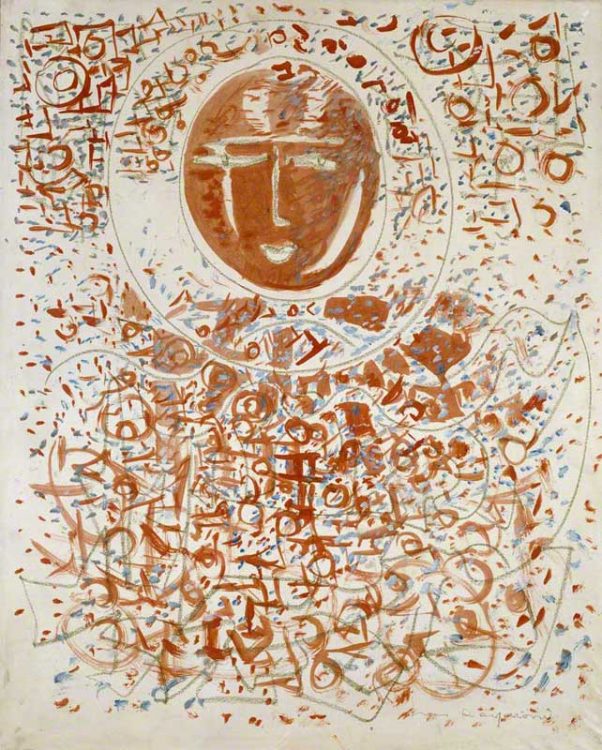 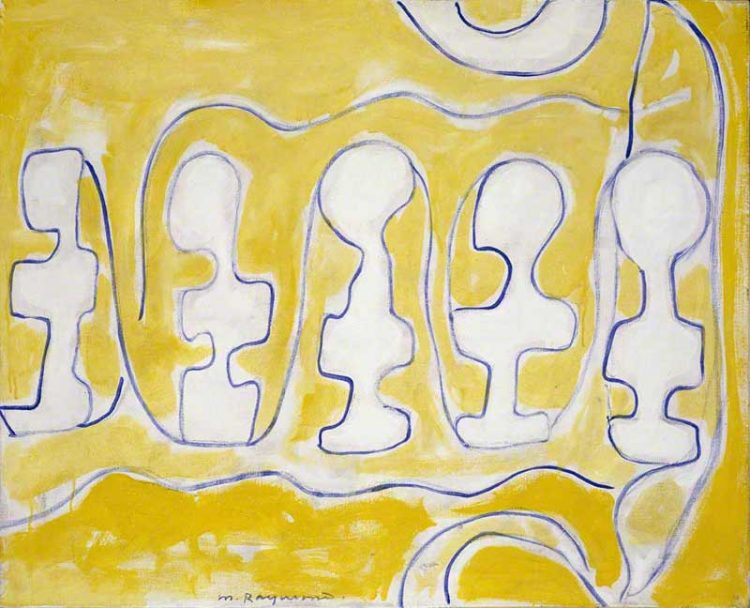 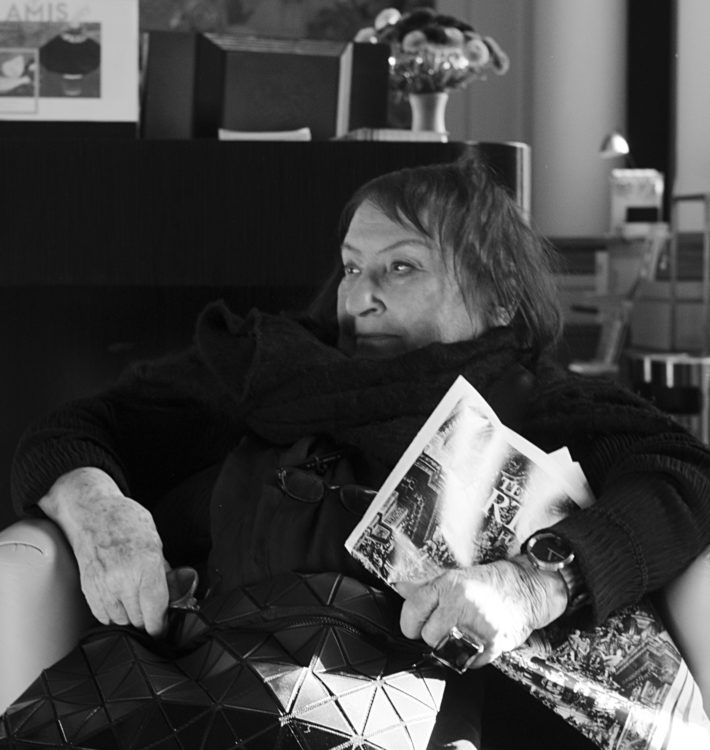