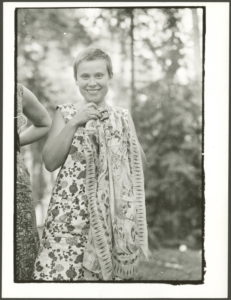 Marju Mutsu was a notable graphic artist active in the 1970s who mainly worked in etching. She studied graphics at the Estonian Academy of Arts (at the time the State Art Institute of the Estonian SSR, or ERKI, an acronym based on the name in Estonian) in Tallinn from 1962 to 1969. In parallel with making art, she collaborated with the journal Noorus, where her aphorisms and articles about theatre, sports, cinema and young people’s everyday life were published. In addition, M. Mutsu wrote and illustrated a children’s book Vappu ja valge hobune [Vappu and the white horse, 1973]. Several motifs in her art come from theatre, which she was very fond of. Indeed, M. Mutsu also wrote a play called Igavene võluriik [The eternal magic kingdom], which she read on the radio in 1967.

Although her creative period lasted only ten years, M. Mutsu enriched the art scene of the late Soviet period with her surreal, allegorical works. While her compositions seem spontaneous, M. Mutsu’s imagery grew out from a careful observation of humans, their relation to each other and the surrounding environment, bringing forward the complexity and absurdity of existence. She often depicted women of different ages such as Koduhoidja [Housekeeper, 1978] and Vanapiiga [Old maid,1979]. In several of her playful, emphatic, ironic etchings M. Mutsu highlighted the experience of being a woman: a woman as a sensual human being (Tuul, [Wind], 1972), woman as a mother (Madonna lapsega, [Madonna with child], 1977), women as playful self-confident subjects, women sharing intimacy with other women (Üks, [One]; Kaks, [Two]; Koos [Together], 1972), and a woman in relation to nature (Mets II, [Forest II], 1974).

M. Mutsu offered a very distinct depiction of the body. The way she deconstructed the body (Valikuvõimalus [An alternative choice], 1979) – often presenting only parts of it, or visualising the dynamics of the body – was exceptional in the context of late Soviet Estonian art. Objects and people that M. Mutsu depicted are usually positioned in an empty space and seem to be in constant motion. M. Mutsu’s etchings are like collages where different objects, characters, time and space regimes are brought together for a moment, only to dissolve again in the next. Her characters and objects are seldomly static – identity is something dynamic for M. Mutsu. It seems as if the author visualised only a fraction of a second of life of humans, and then they transform, change and disappear again (Puhang [A blow], 1976). 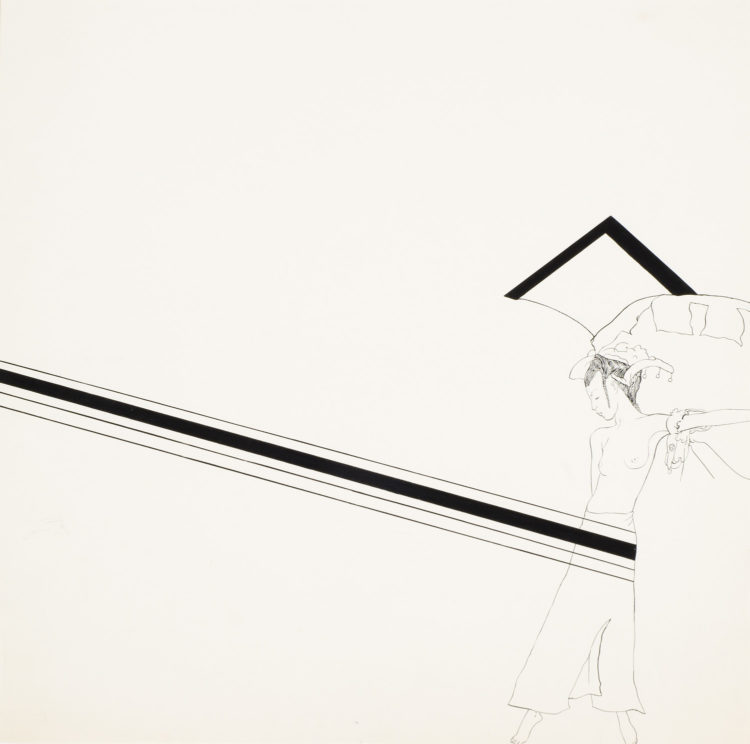 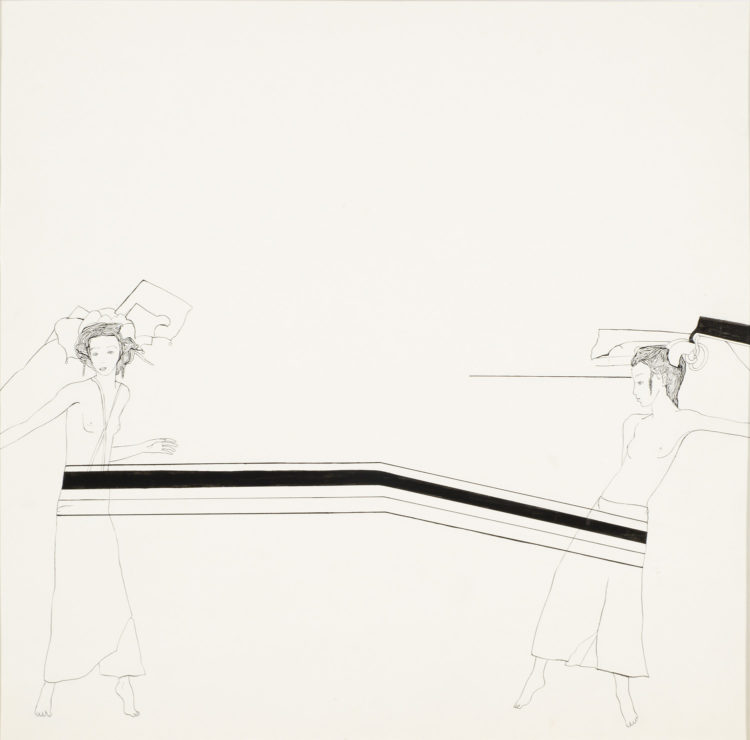 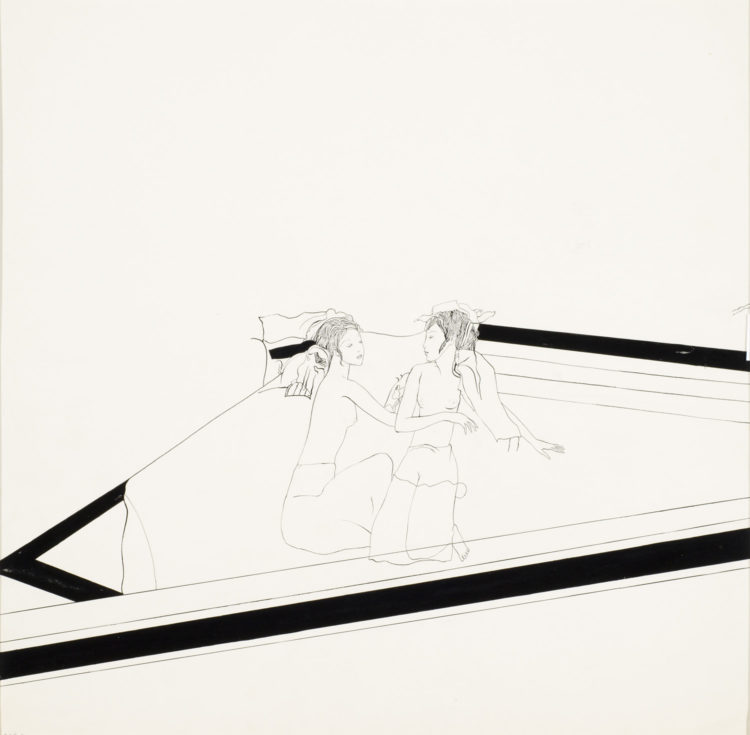 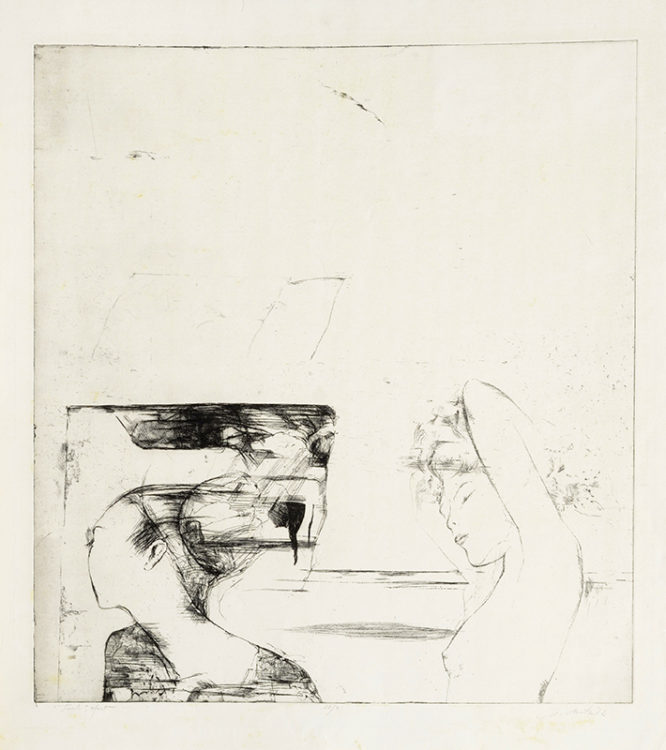 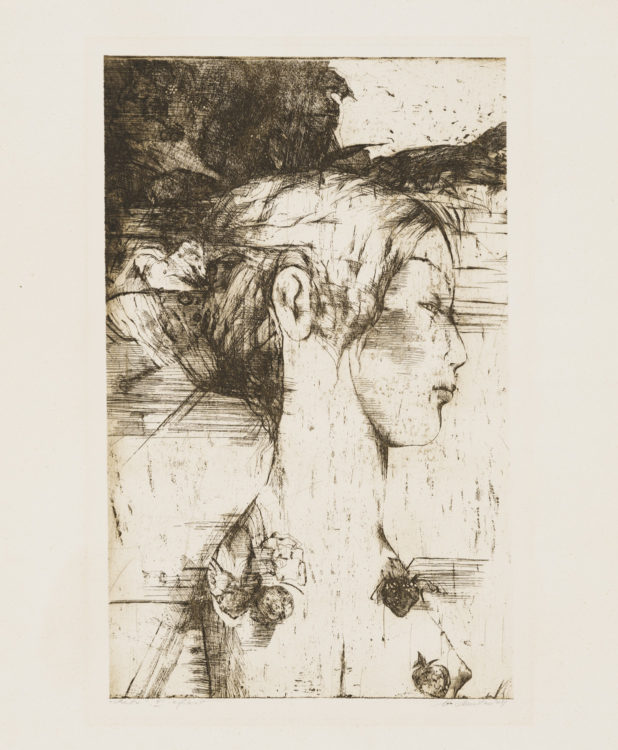 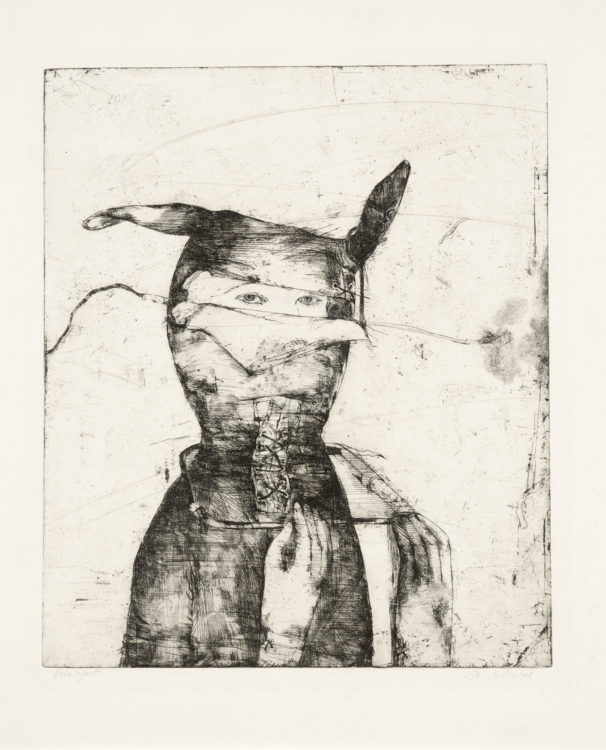 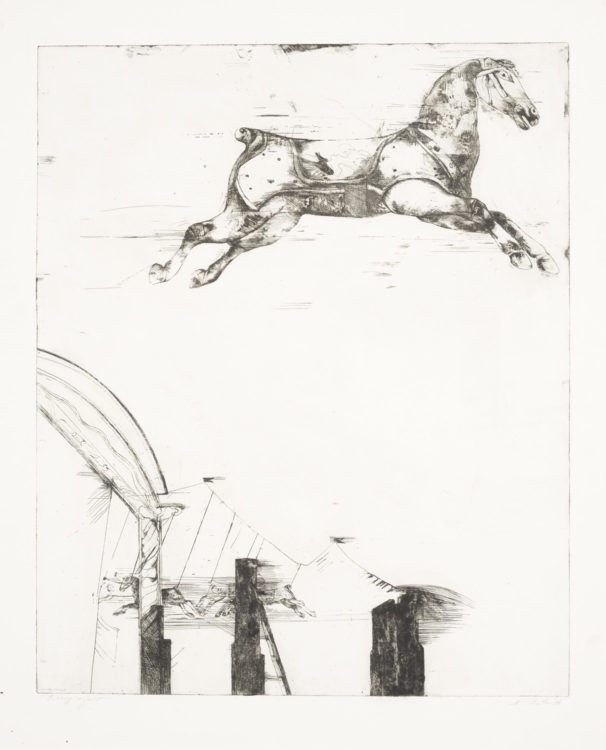 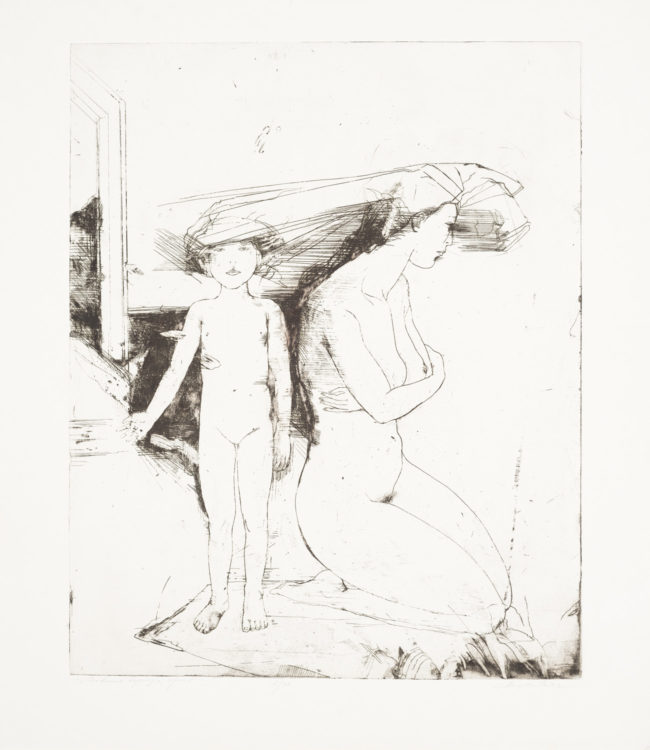 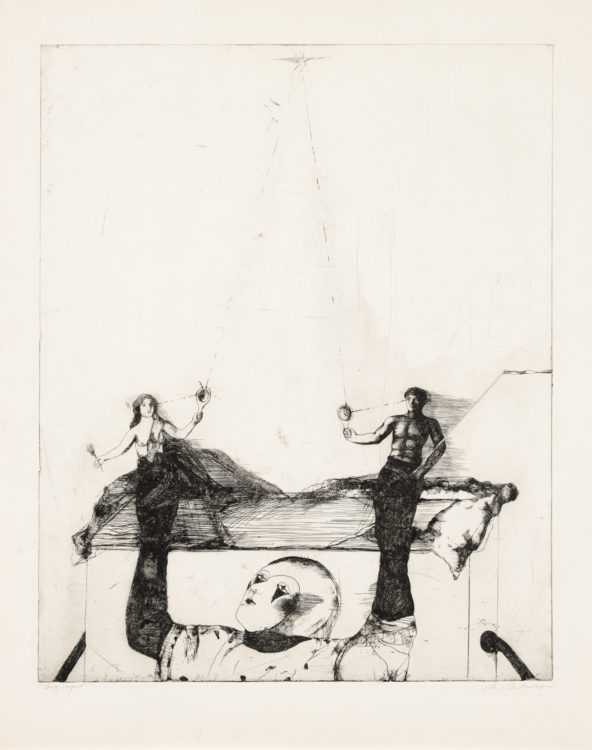 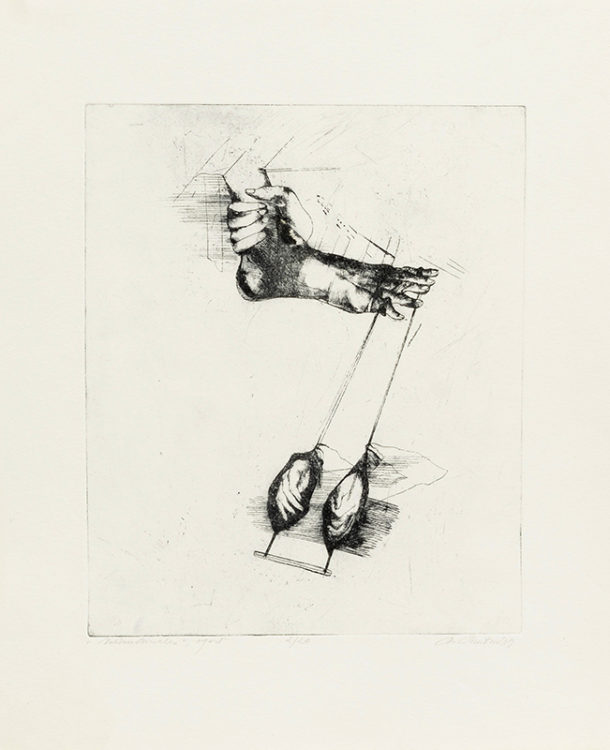 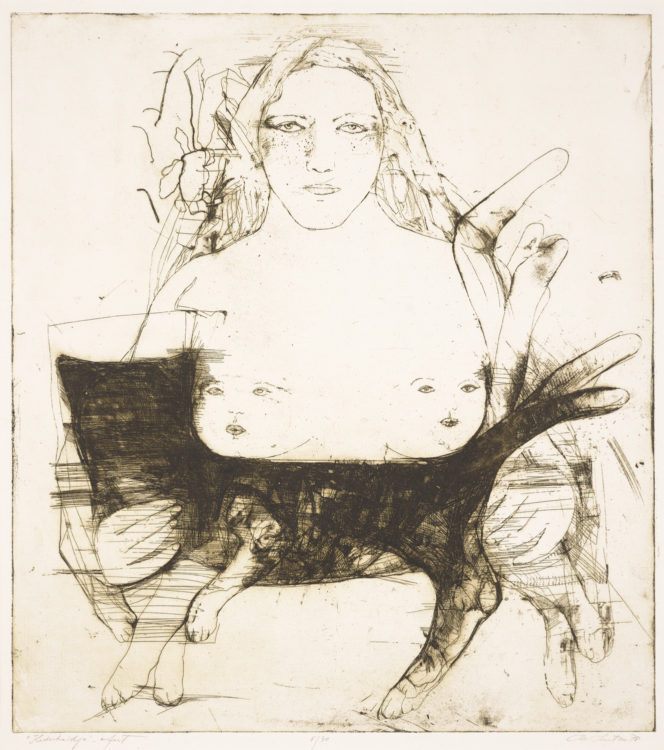 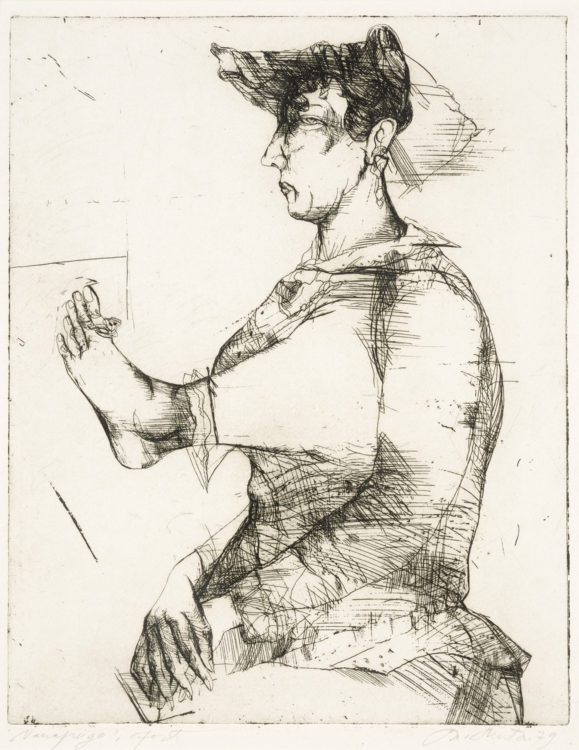 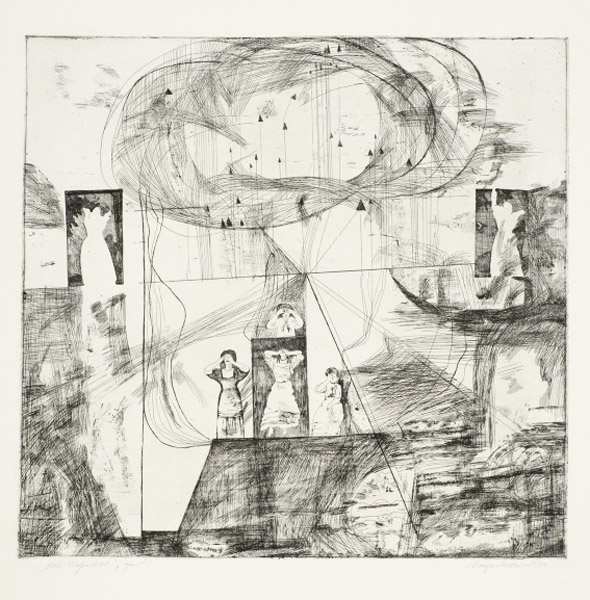